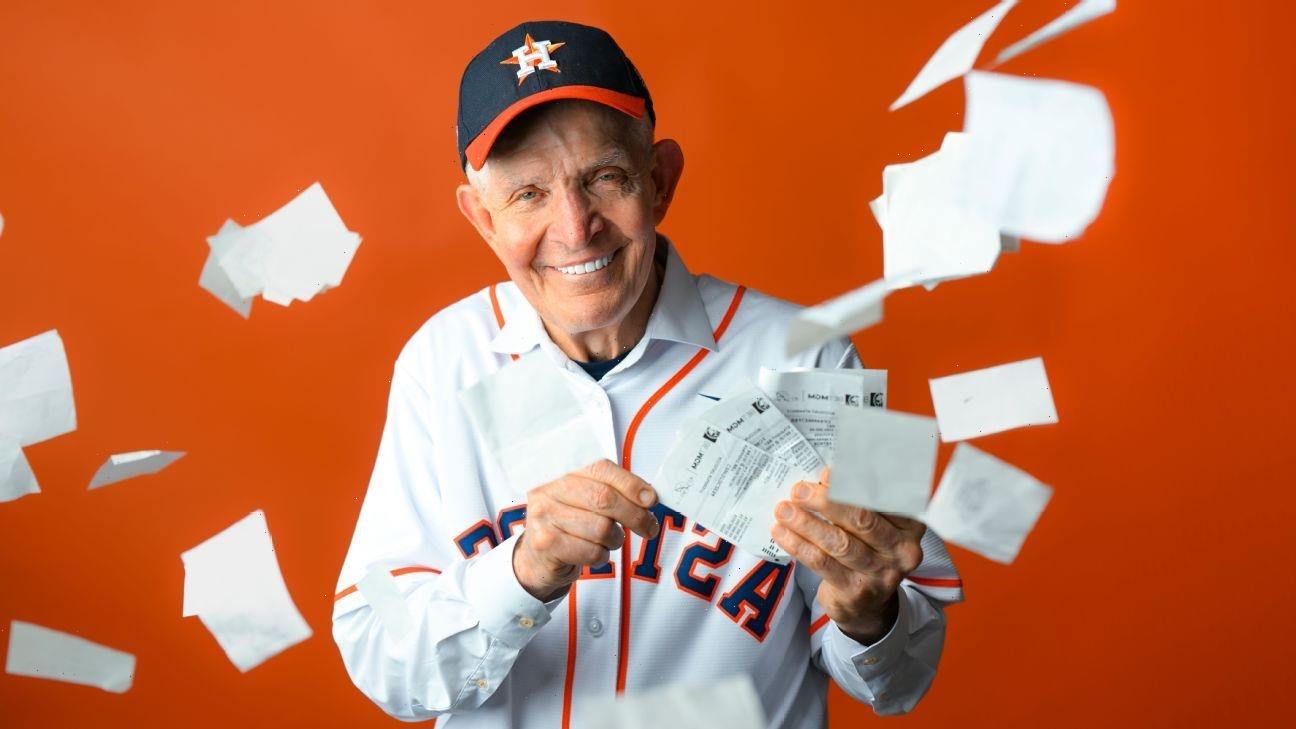 Bookmakers on Saturday forked over what’s believed to be the largest payout in sports betting history — approximately $75 million — to a Texas furniture store owner who earlier this year plunked down $10 million in bets on the Houston Astros to win the World Series.

Jim “Mattress Mack” McIngvale jumped for joy in his front-row seats at Minute Maid Park as the Astros clinched the World Series with a 4-1 victory over the Philadelphia Phillies in Game 6 on Saturday. It was the culmination of a six-month ride for the self-proclaimed “huckster” that began May 13, in the parking lot of a Louisiana restaurant, where McIngvale placed a $3 million bet on the Astros to win the World Series at 10-1 odds on Caesars Sportsbook’s mobile app.

“What can we say? We just wrote the biggest check in sports betting history to Mattress Mack for $30,000,000,” Ken Fuchs, chief operating officer for Caesars Digital, said in a company release Saturday night.

The $3 million bet with Caesars was his largest, but not his only seven-figure bet on the Astros. He tacked on roughly $7 million more in bets on the Astros over the summer at various sportsbooks, and, with average payout odds of +750, won around $75 million. But he won’t get to keep it all.

McIngvale uses the betting market to mitigate risk on promotions at his Gallery Furniture store that are based on the winner of big sporting events, from the Super Bowl to the Final Four. His biggest promotions, though, have involved the Astros and the World Series.

This year’s deal offered to refund any customer who spent at least $3,000 on furniture double their money back if the Astros won the World Series. He’ll use the $75 million from his winning bets to pay back happy customers who participated in the promotion and likely still turn a cushy profit.

“Oh, it’s definitely a win-win,” McIngvale told ESPN in a recent profile. “These promotions just bring the brand to life and give us a ton of brand equity that we wouldn’t have otherwise. The customers love it, so they’re totally engaged and talk about it for years. Because it runs all season long, it probably ups the number of people following the Astros, too, because now they have a real vested interest in the team.”

Sportsbooks, however, especially bookmakers of smaller scale, weren’t able to mitigate their risk from McIngvale’s bets as successfully as Mack. Sportsbook Betfred, which had operated in the United Kingdom for decades, but only recently entered the U.S. market, took a $1 million bet on the Astros from McIngvale in Iowa at 5-1 odds. The $1 million bet was “significantly larger” than any other bet the company had taken since launching in the U.S., according to Betfred U.S. chief operating officer Bryan Bennett.

“I want to congratulate all you people in Texas, all you Houston Astros fans, and especially you, Mattress Mack,” Fred Done, veteran owner of Betfred in the U.K., said in a video release from the company. “You had the guts … to put your money on the line. You put $1 million dollars on the Astros with me at five-to-one. They won. You deserve your money, and I’m paying you.”

The $5 million net payout to McIngvale is the largest in Betfred’s 50-plus-year history as a bookmaker.