The Matildas will play Brazil, Italy, and Jamaica in Group C at the FIFA Women’s World Cup in France next year after the draw in Paris pitted Australia's women against nations from South America, Europe and the Carribean.

Australia's good form meant they were placed in the top pot, alongside the strongest teams, meaning they could not face rivals such as the USA, England, Japan, Germany and France in the group phase. 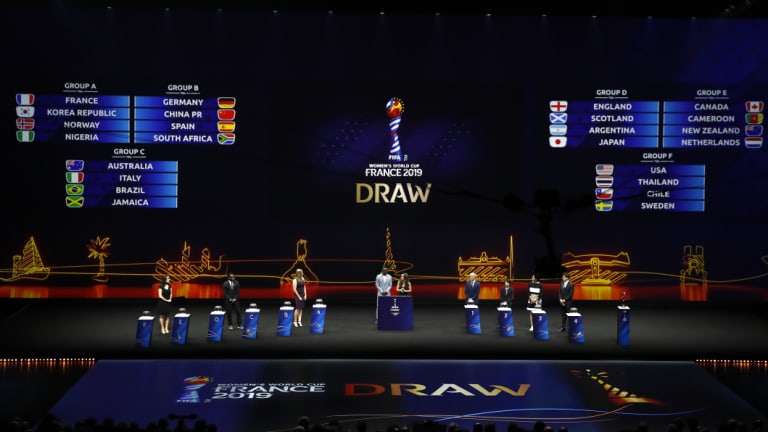 The Matildas were drawn against Brazil, Jamaica and Italy.Credit:AP

In order of theoretical difficulty, Brazil (from pot two) should be Australia's toughest opposition, followed by Italy and then the Jamaican women.

Hosts France will open tournament proceedings with a match against South Korea in Paris on June 7.

The Matildas, who are in Group C, will get under way against Italy at the Stade du Hainaut in Valenciennes on Sunday June 9 before meeting Brazil at the Stade de la Mosson in Montpellier four days later.

Their final fixture is a clash against Jamaica at the Stade des Alpes in Grenoble on Tuesday June 18.

While next year's meeting will be the first time Australia has ever come up against Jamaica, Brazil and Italy are old rivals.

The Matildas have met the Brazilians 18 times in the past and played Italy on eight occasions.

AUSTRALIA'S MATCHES AT THE WORLD CUP