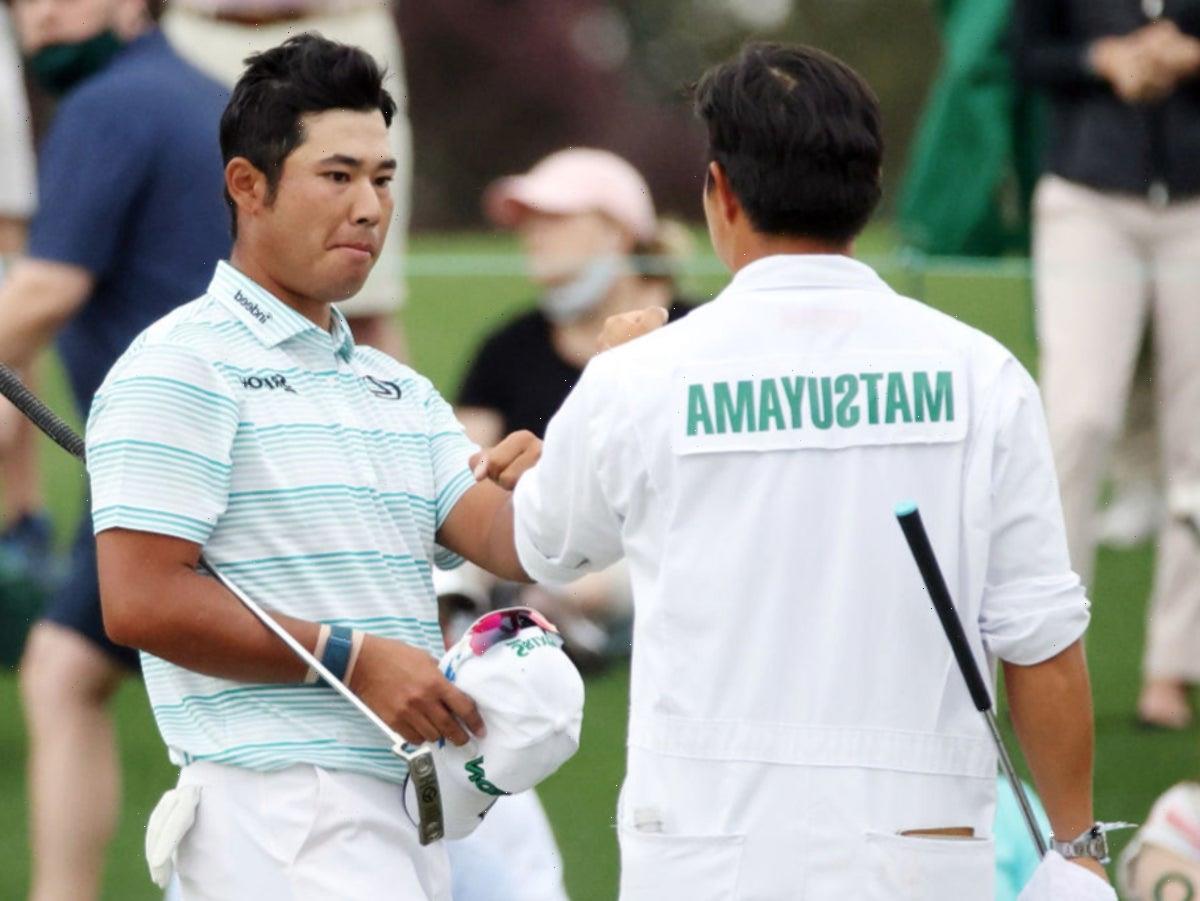 Hideki Matsuyama takes a four-shot lead into the final day

Justin Rose had held a one-shot lead when a storm broke midway through the third round of The Masters, finally breaching Augusta’s defences and leaving its greens uncharacteristically vulnerable. Not long after the rain had relented, the Englishman’s advantage had been emphatically washed away. Hideki Matsuyama will take a four-shot lead into the final day after a blistering 65 that featured five birdies, an eagle and not a single bogey as he bids to become the first Japanese man to win a major in history.

It is a commanding status that was hard-earned as the weather made way for an afternoon of heightened drama. The likes of Xander Schauffele, Marc Leishman and debutant Will Zalatoris are still in contention at seven-under-par, but Rose will be bitterly disappointed to start alongside them as he faltered badly amid the favourable conditions, scrambling to an even par 72 that will only go greyer upon reflection.

If the rain allowed players to gamble and be more aggressive, it also led to the downfall of some notable names. Justin Thomas’ race is run after his approach into the par-5 13th tumbled into Rae’s Creek. Unable to judge the pace of the stickier greens, a triple-bogey blew his hopes to smithereens. Justin Spieth’s stasis was more of a rollercoaster, yet he remains where he started the day at five-under-par, only now he is some six shots back. Tony Finau and Brian Harman, too, have almost certainly played their way out of the running.

The fact that Matsuyama hit just five fairways in regulation was a testament to the sheer magnificence of his iron play. Immediately after the 77-minute suspension, he carved a raking 170-yard punch shot beneath a dangling branch into the back corner of the 11th green. The ball stopped dead for almost the first time this week and, armed with that knowledge, his scoring spree began. The shot of the day came at the par-5 15th, a 205-yard approach setting up a tap-in eagle.

Despite clinging on valiantly, a suddenly rhythmless Rose had been replaced at the top of the leaderboard. And while Schauffele holed a 61ft eagle putt to move into the pack, Matsuyama threatened to make Sunday a procession. Firing so hot the iron might scold his hands, bullet approaches at 16 and 17 led to birdies and a flourish was saved for the last, with a tremendous skating chip stopping just inches shy of the hole to save par and complete the first bogey-free round of the entire week. “The rain allowed me to put spin on the ball,” he said. “I played well today. I just stuck to my gameplan. Hopefully I can do the same tomorrow.”

With Matsuyama comfortable in the clubhouse, Rose was hanging on desperately as his swing betrayed him over the remainder of the back nine. Any hopes of closing the gap at the par-5s were wrecked by wayward drives and deteriorating positional play before he finally succumbed to a dropped shot at 16. It was something of a miracle that he stayed there, displaying extreme composure and typical resilience to save par with 10 and 17ft putts at the finish. 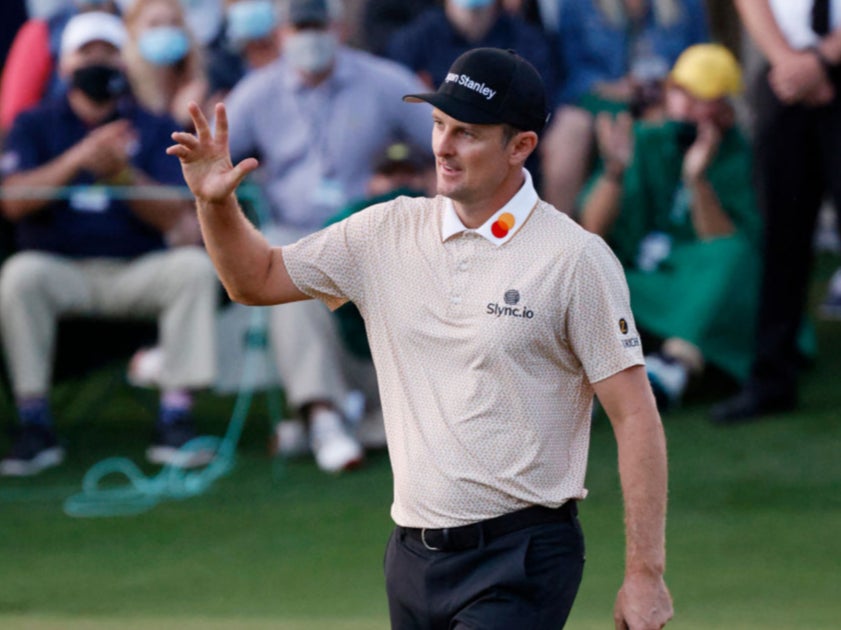 One behind him, Corey Conners had a round to savour, with a hole in one at the sixth helping him to a 68 to finish at six-under. Scotland’s Robert MacIntyre continued to impress, too, and although a 70 leaves him well short of the leader, a top-10 finish on his first appearance at Augusta would be an unqualified success.

Those are the feel good stories to cherish when the curtain draws on Sunday. The focus, though, lies at the top of the leaderboard. Matsuyama may hold a sizeable lead, but stranger things have happened, and the 29-year-old will never have faced such a burden of pressure in his career before. With one early slip, the entire context of this tournament could shift again, just as it did in the eye of a storm yesterday.