The hobbling Hammers' striker was helped off on 38 minutes – having earlier conceded a Joe Ralls penalty that Łukasz Fabiański saved superbly. 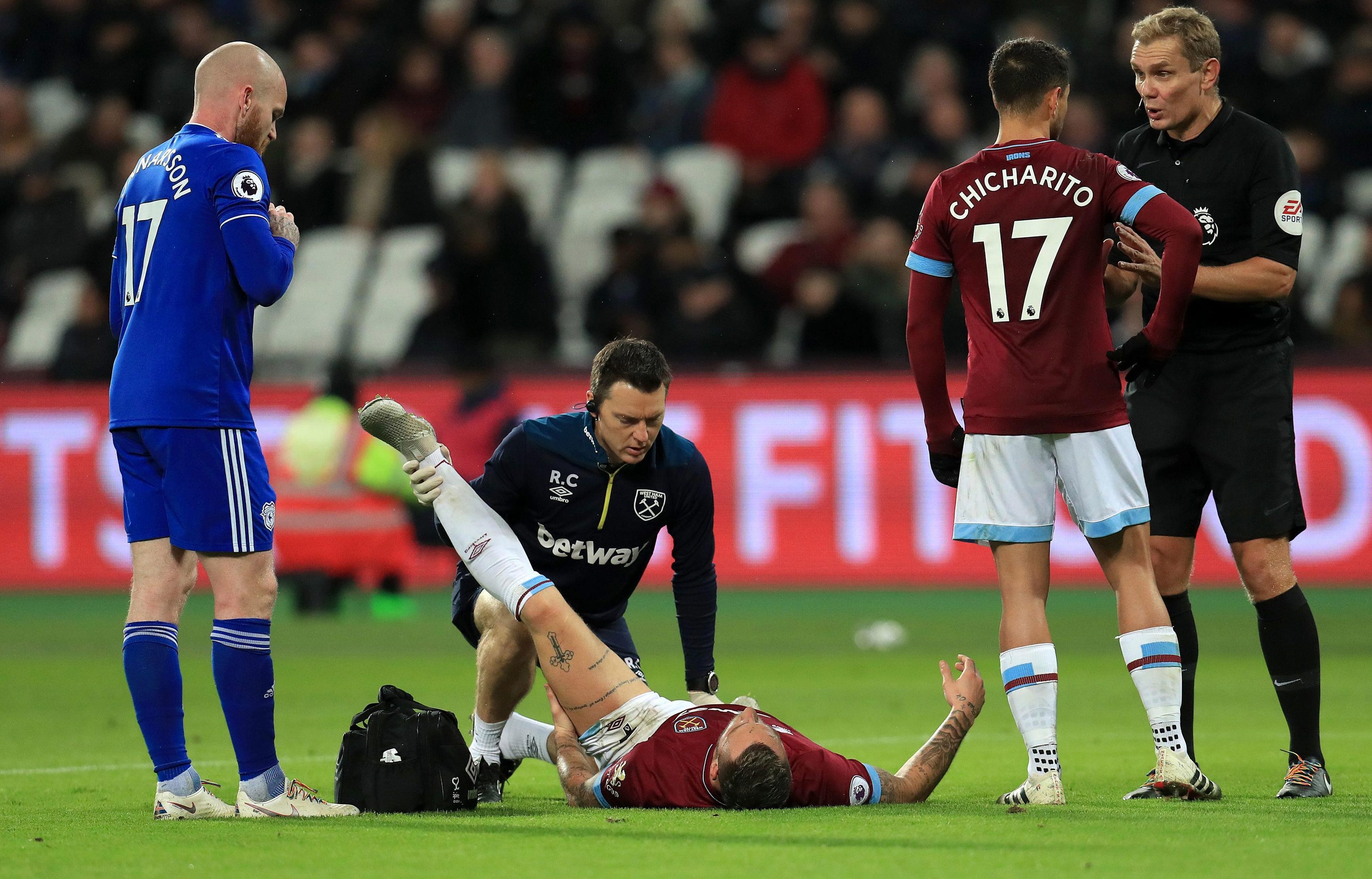 Arnautovic must now be a doubt for big Premier League matches this month against struggling sides as West Ham attempt to move further away from the bottom.

Manuel Pellegrini's men host Crystal Palace next Saturday before visiting yet another lowly London team in Fulham on December 15.

Then come Watford at London Stadium on December 22, ahead of Xmas games at Southampton on December 27 and away to Burnley on Sunday, December 30.

Austrai star Arnautovic, 29, grasped his left hamstring as he was led from the field near the end of a goalless first half this evening – with Lucas Perez replacing him and leading a second-half goal blitz. 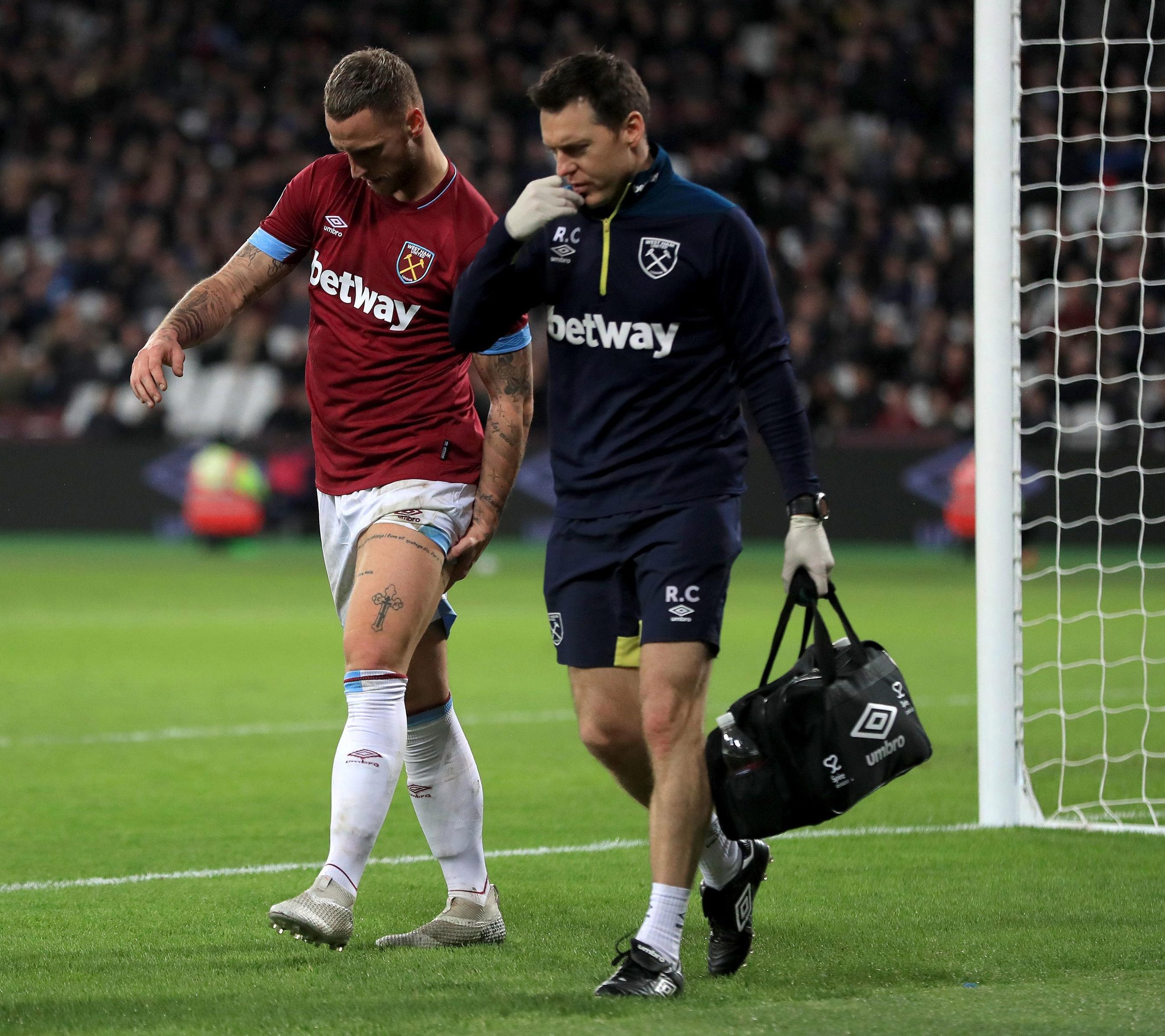 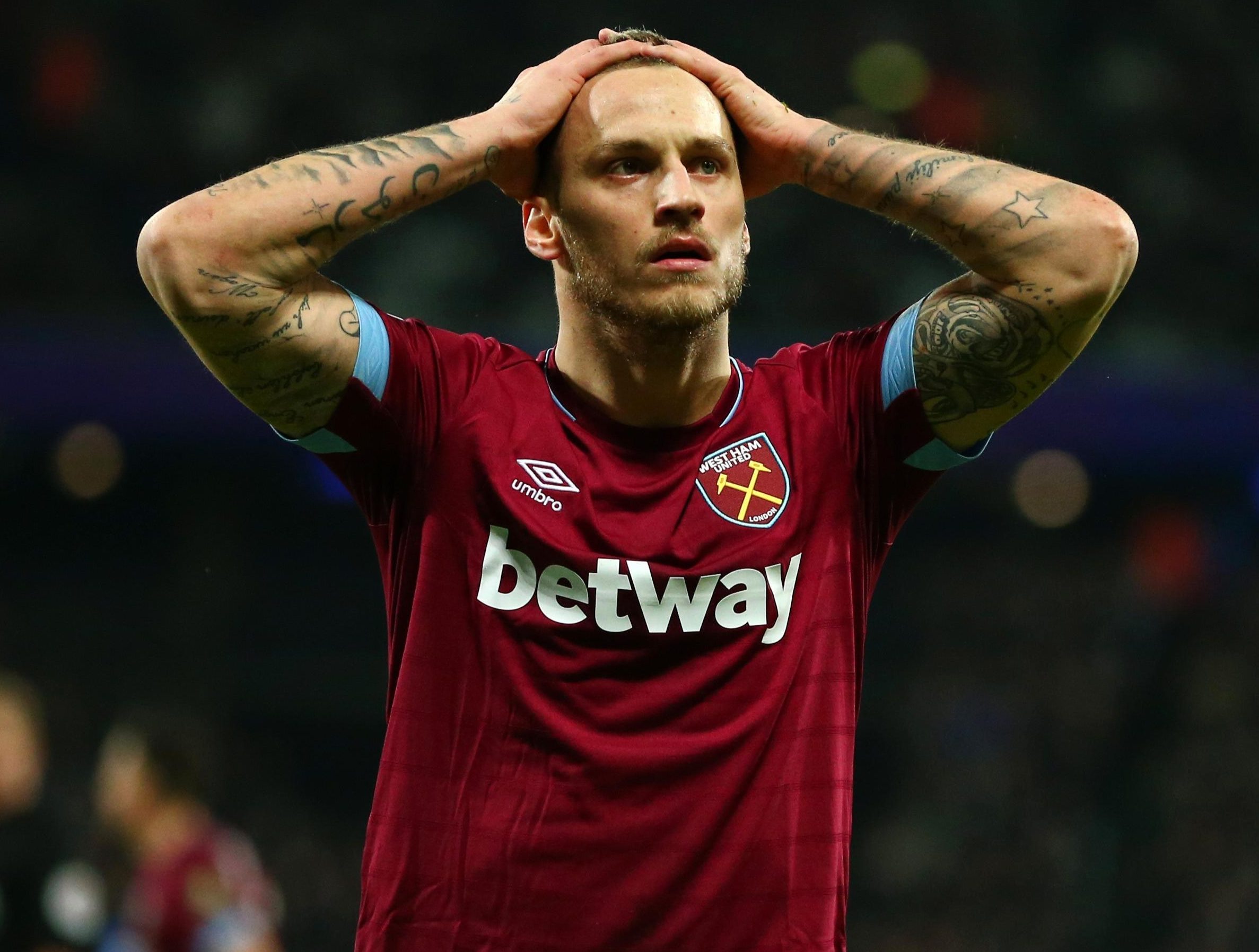 And it's the same hamstring that gave Arnautovic trouble in Saturday's 3-0 win at Newcastle.

On that occasion he was replaced by Pedro Obiang after 71 minutes.

The Hammers bagged two goals after his exit then – and surpassed that tonight.

Perez slotted a quick double before Michail Antonio  headed the hosts 3-0 in front in the 61st minute.