This is getting embarrassing.

And that, in a nutshell, explains a key problem with Jose Mourinho who used to be able to park the bus – but the brakes have been left on. 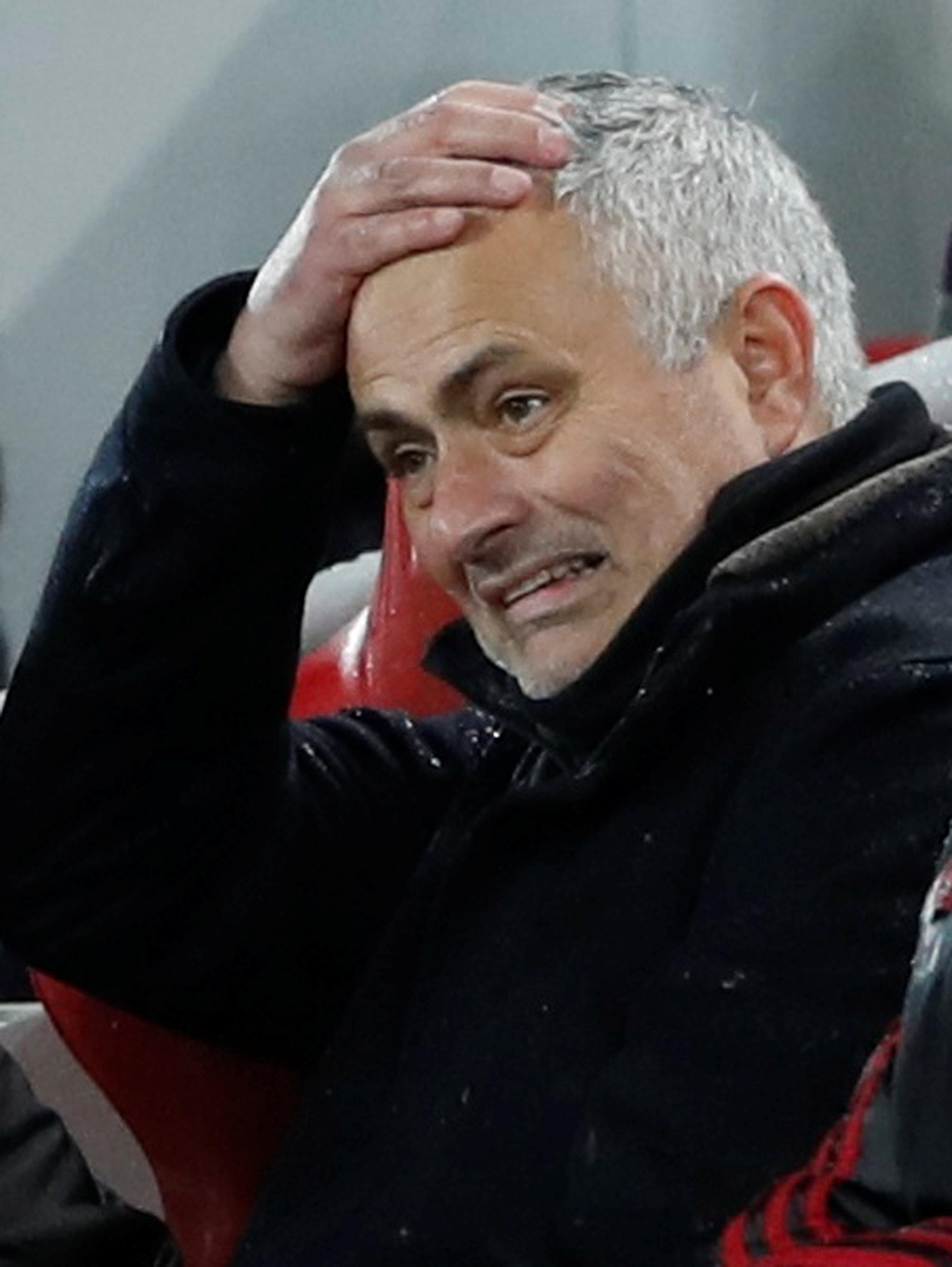 Equally, while he has not been at his best this season, you still wonder where the hell United would be without keeper David de Gea.

The Spanish keeper is set to sign a new deal worth about £400,000 but he should be having second thoughts.

Following the two deflected strikes from Xherdan Shaqiri, United’s fifth loss of the season means they are now 19 points behind Liverpool with just 17 games gone.

The gap between these two famous old rivals, it seems, will only widen over the next few months. 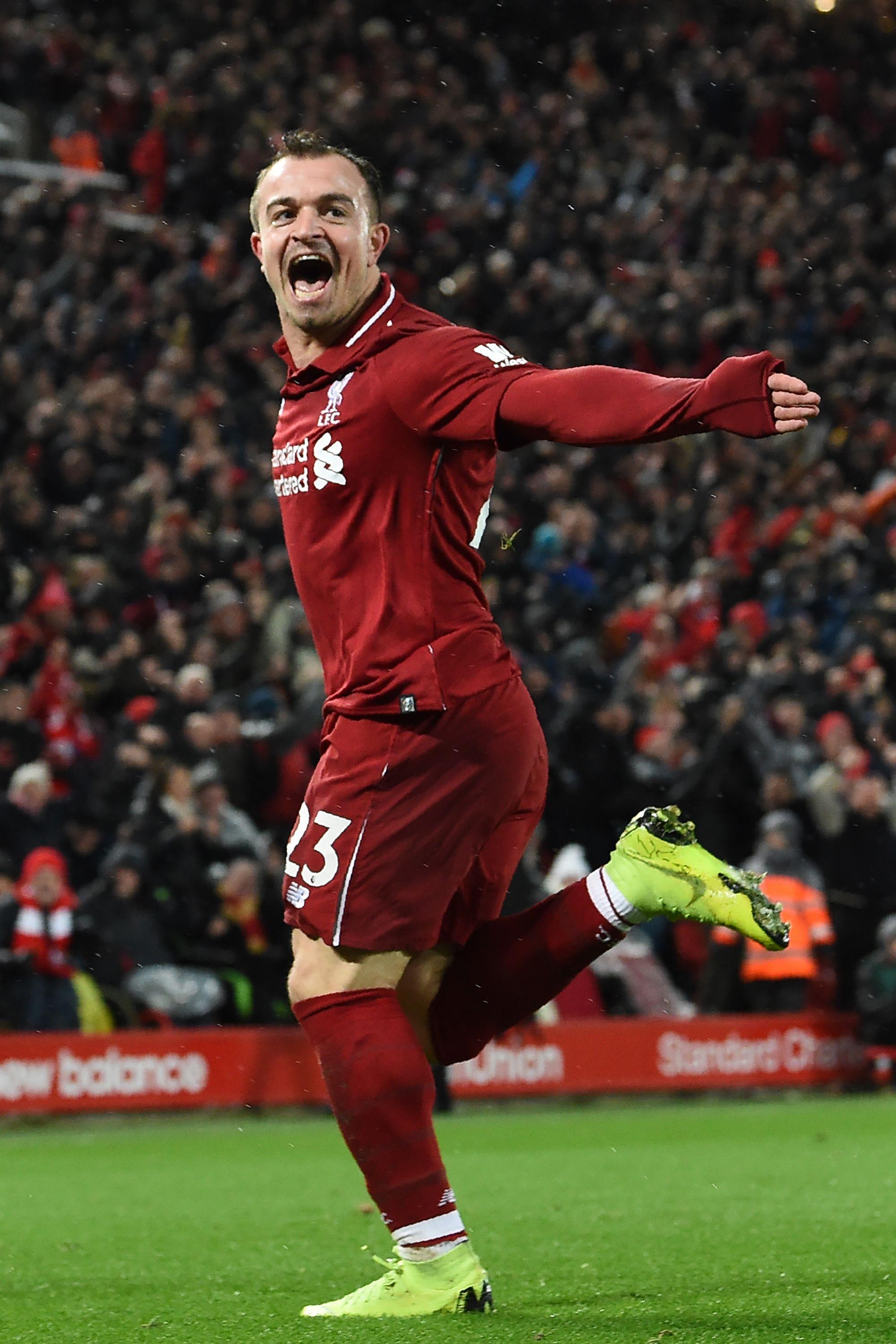 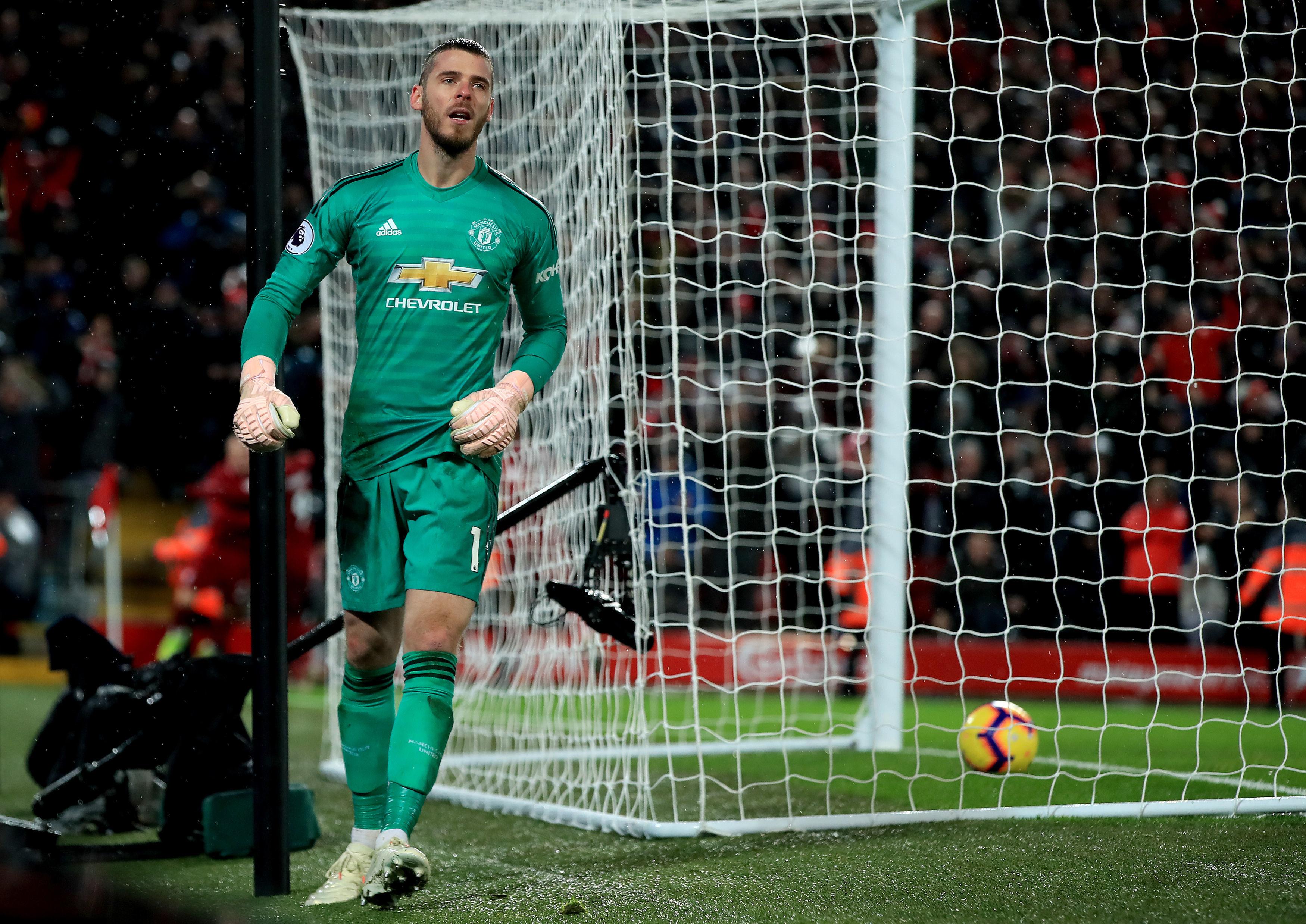 While Mourinho has not been helped by injuries his defence – and central midfield – is nowhere near good enough.

And the fact Paul Pogba was an unused substitute at Anfield illustrates his situation and he should be sold next month.

While Mourinho may look to blame others, he needs to look at himself, not that this will happen.

He is currently manager of a team who at this rate, could struggle to qualify for the Europa League next season.

On Merseyside, United’s preparations rocked when Chris Smalling suffered a foot injury in the warm-up and Eric Bailly was the replacement.

And United’s back three looked exposed from the start with the midfield being completely over-run.

There was more action in the first six minutes of the game than all of last term’s atrocious goalless draw.

Ashley Young’s free-kick ended up in the net but it was ruled out for offside as Romelu Lukaku attempted to play the ball.

Davd de Gea delivered a decent save to deny Roberto Firmino and Fabinho also had a decent chance.

So it was inevitable when Mane, having missed a few chance against Napoli, delivered a fine finish. 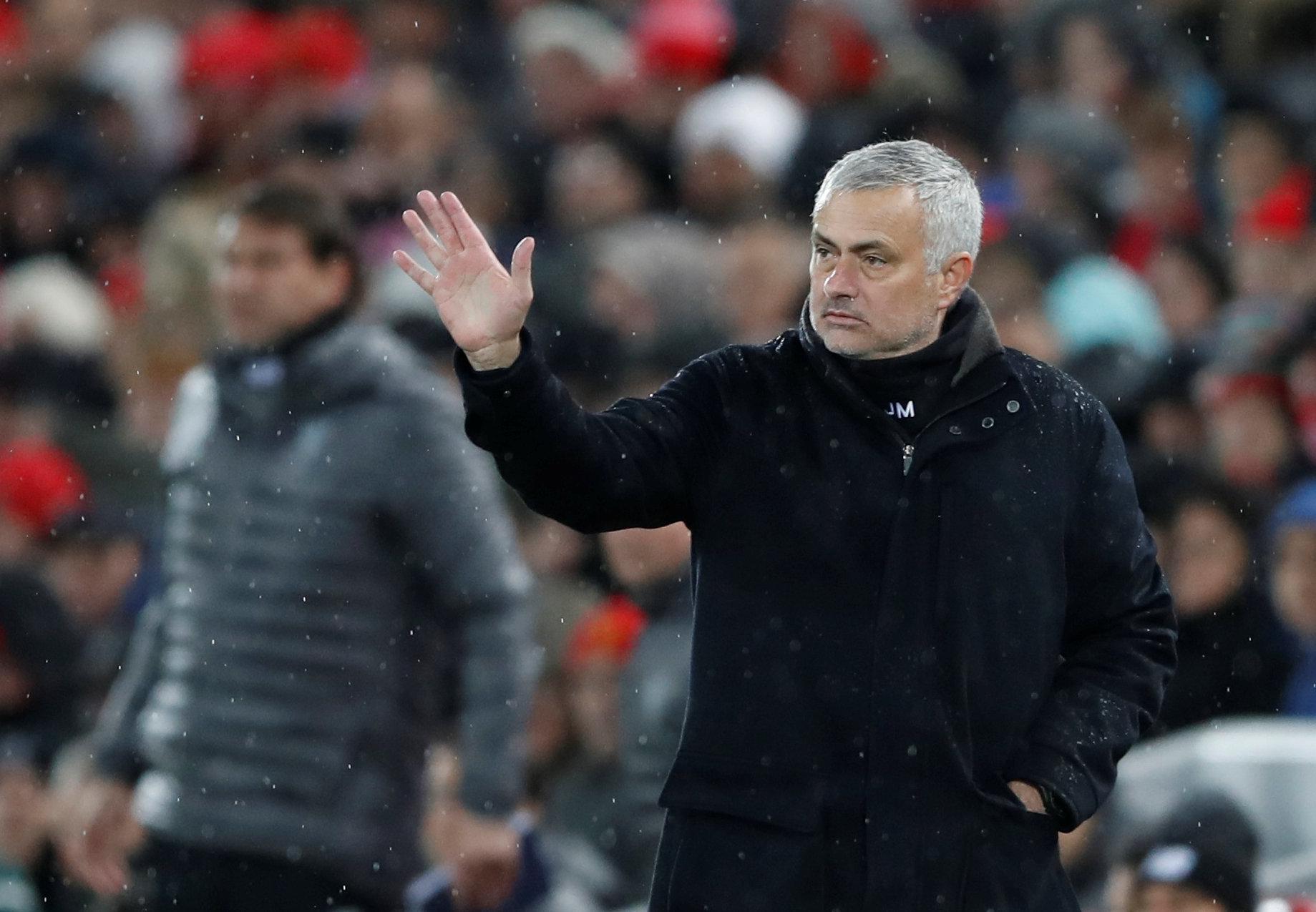 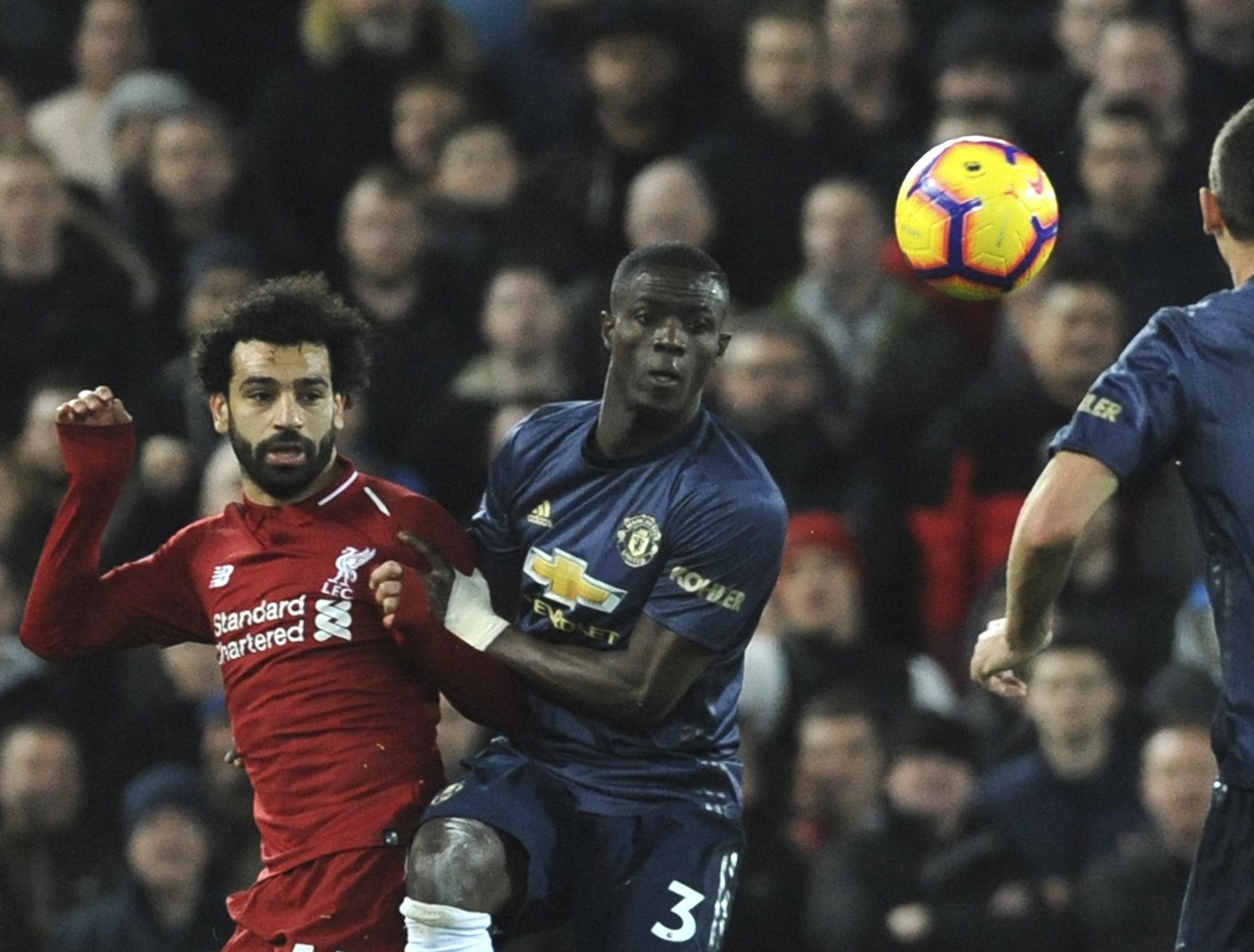 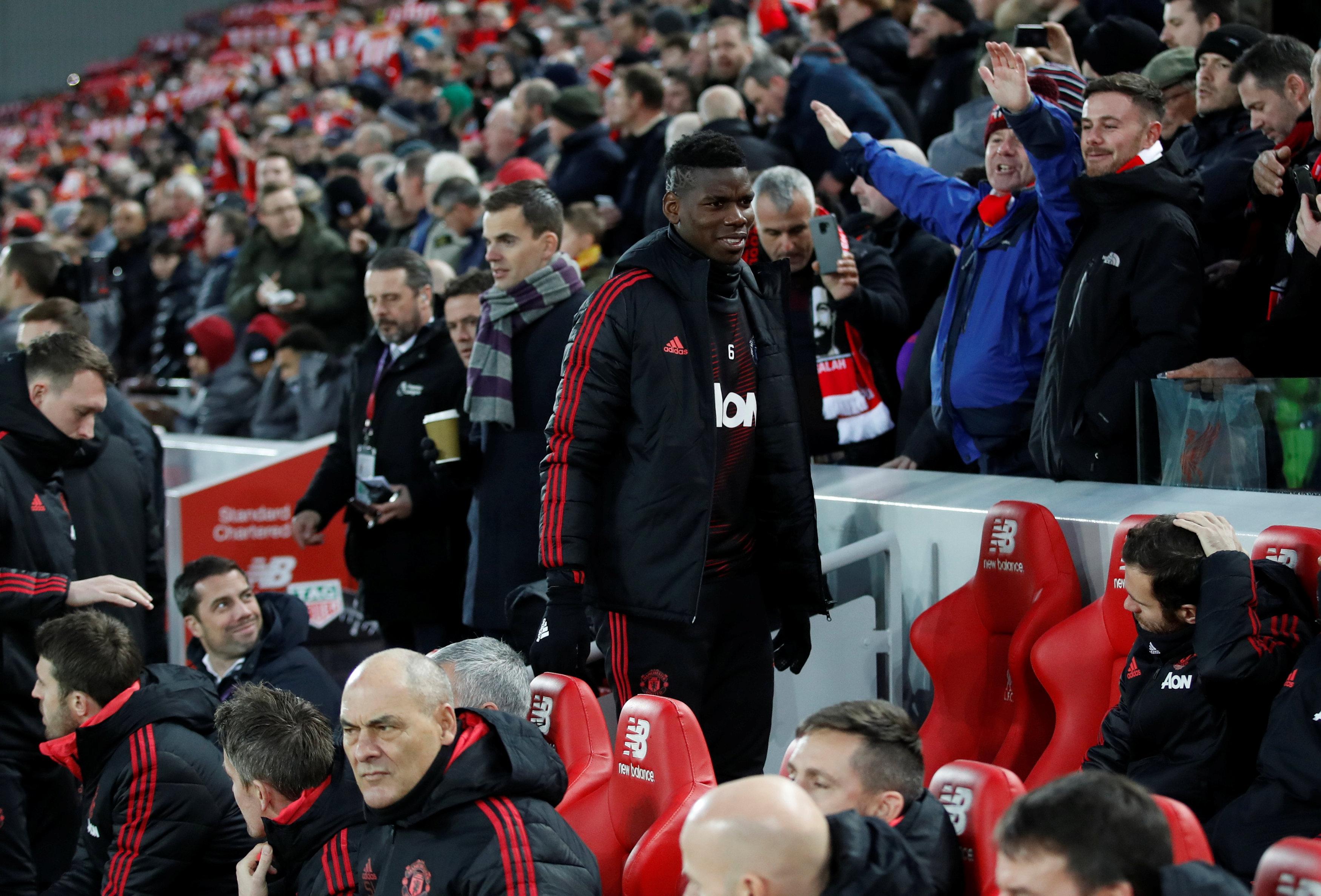 Young switched off for a split second and he was caught out by an outstanding, perfectly-weighted pass from Fabinho. Keeping his eye on the ball throughout, Mane controlled the ball with his chest before scoring through the legs of de Gea.

Liverpool threatened to run riot with 11 shots in the first 24 minutes so Jesse Lingard’s goal was a major shock.

Keeper Alisson, who kept Liverpool in the Champions League with a fine injury-time save, gifted United their leveller. With the rain tipping down, Romelu Lukaku’s cross slipped out of his hands and the ball hit his knee before falling for Lingard. The player who saves most of his goals for England had initially released Lukaku and did well to lift the ball over the Brazilian. 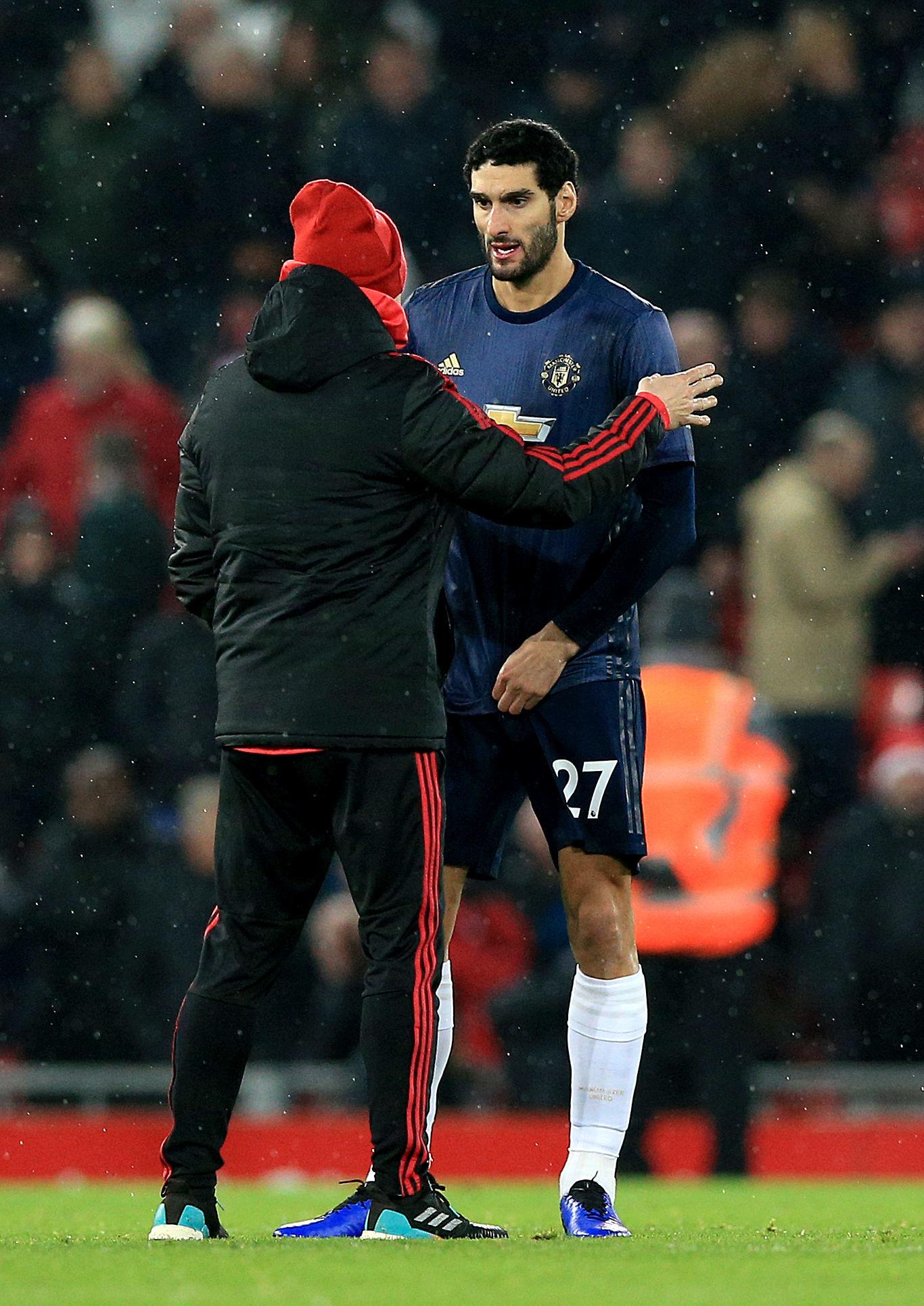 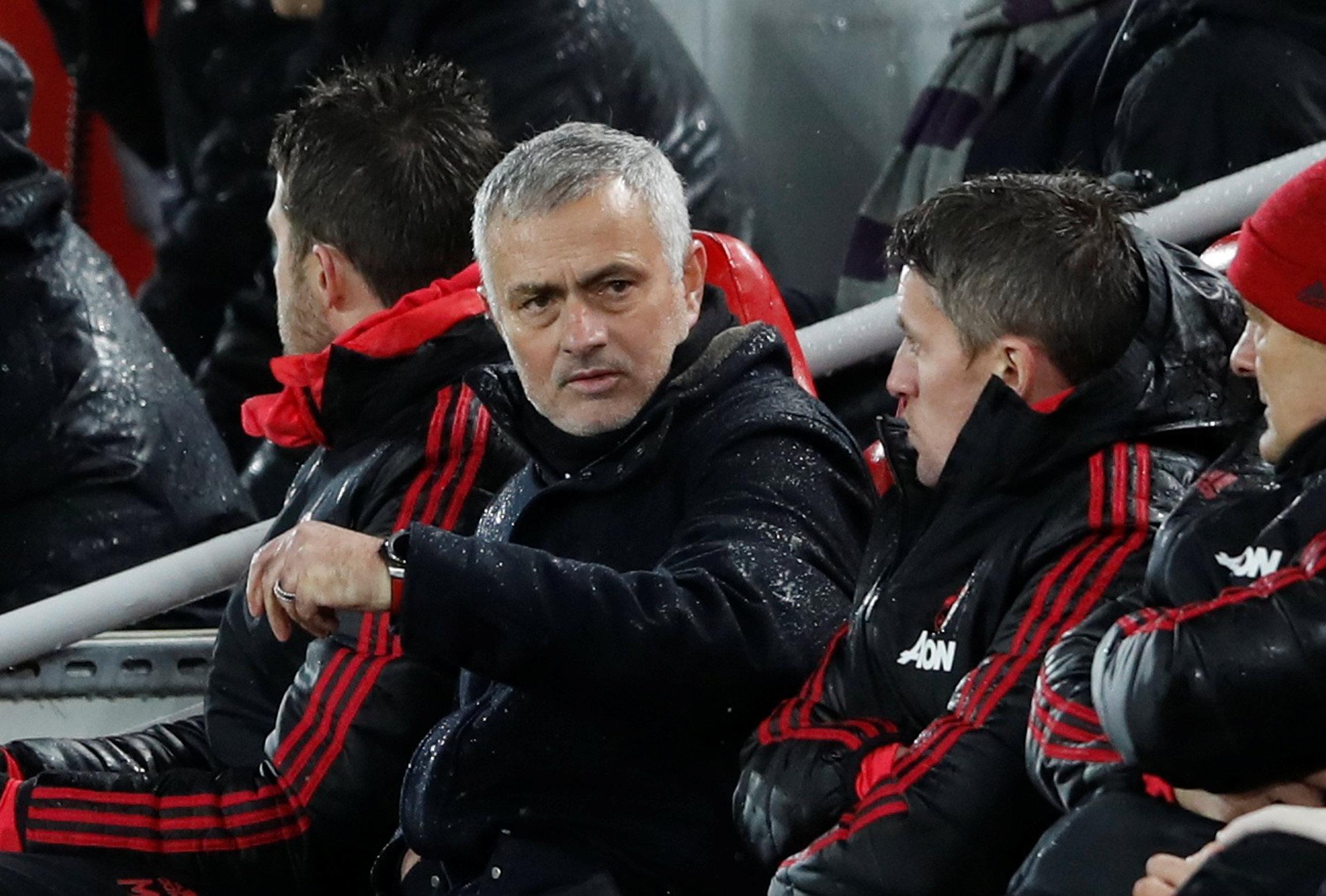 Liverpool rediscovered their sharpness and De Gea delivered another fine stop to keep out an effort from Firmino.

Yet there is nothing De Gea could have done to keep out Shaqiri’s strike.

The stopper stuck out a leg to steer away a deflected cross from Mane but it fell for Shaqiri who – just a few minutes after coming on – saw his effort come off Young and go into the net via the bar.

Shaqiri then enjoyed even more luck with another deflection, off Bailly.

For United, it was another dismal day of what is threatening to be a terrible League season.