Danny Murphy joins Darren Fletcher and Mark Chapman at Old Trafford on Sunday for highlights of Manchester United v Liverpool on MOTD2 at 22:30 BST on BBC One and the BBC Sport website.

When they go to Old Trafford in the Premier League on Sunday, Liverpool will play the same way that they always play, because they don’t change that for anybody.

That means their standard 4-3-3 formation, and playing on the front foot against Manchester United – trying to win the game, like they do every week.

Manchester United are not playing with any confidence at the moment, and do not have great firepower either, so from Liverpool’s perspective this is a real opportunity.

Whoever is fit for United, I think their mindset is a little bit fearful at the moment, and Liverpool will know that they might be edgy.

So they can go after United, to probe them and test them, and try to win the ball high up the pitch.

If Liverpool’s intensity is as high as it usually is when they do that, then they are going to cause United a lot of problems.

Fewer nerves this time for Liverpool 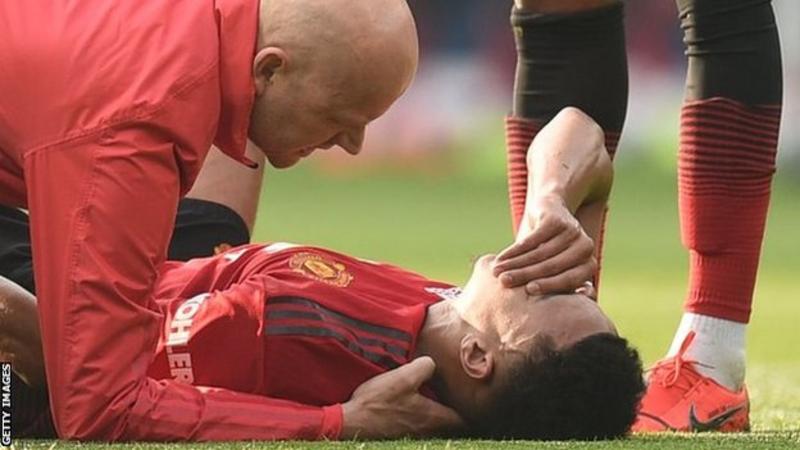 Sunday’s game feels very different to this fixture last season, which ended up being a missed opportunity for Liverpool after they were held 0-0 in a game that became very disjointed after a series of early injuries. United saw Ander Herrera, Juan Mata and Jesse Lingard go off injured before half-time, while Liverpool lost Roberto Firmino after half an hour.

There were far more nerves involved then for Jurgen Klopp’s side – it was the end of February and things were extremely tight at the top of the table, so it was a game they could not afford to lose.

Setting up the way they did then, to play on the break was not the worst tactic in the world and neither was the end result. It was only costly because of how relentless Manchester City were in the title run-in. Klopp’s side only dropped only two more points in their remaining 11 games – but City did not drop any from the end of January, and won the league by a point.

It was also a very different United team back in February. They were still on a great run after Ole Gunnar Solskjaer had taken temporary charge in December, and it was a much tougher game on paper.

This time, United are struggling, while Liverpool also have such a healthy lead at the top of the table after winning their first eight games that they are not in a position where they will be feeling any pressure.

As far as the bigger picture goes, Liverpool are eight points clear so it would not even matter too much this time if they were beaten, but I don’t see that happening. I am backing them to win.

If Man Utd attack, that will suit Liverpool 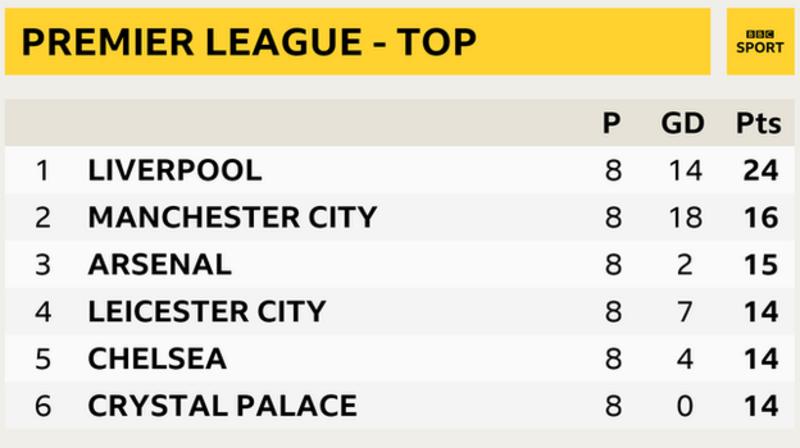 The way I expect United to play should suit Liverpool down to the ground.

If United come out and attack, which is what I think will happen, then that will play right into Liverpool’s hands.

When United are at home, there is always an obligation for them to have a go at the opposition, especially in this particular fixture – and even more so now because of their recent form.

United need a reaction in front of their own fans because their recent performances have been lacklustre and lethargic in many ways, with none of the creativity, energy or pace you expect from them.

That is partly down to injuries, and we still don’t know what sort of team Solskjaer can put out this weekend – which is another reason I see the league leaders as such strong favourites to make it nine Premier League wins out of nine.

Even if United do sit back, which I cannot see them doing, it won’t make much difference.

Yes, Liverpool have found it harder against teams who have done that, but they have still created chances and always ended up winning the game in the end.

If United put numbers behind the ball and try to deny Liverpool space, they are just waiting to be beaten – and I don’t think their fans will accept that.

I am backing Liverpool, but I don’t see a runaway victory – despite the gap between the two sides.

A lot depends on United’s team. We know Paul Pogba is out but if Anthony Martial is fit then that will be a big plus for them.

Marcus Rashford’s goal for England in Bulgaria on Monday will have done him a lot of good too. A front three of him, Martial and Daniel James is obviously dangerous because of their pace.

But at the moment, United seem to have a problem with their supply line – they are not getting the ball high up the pitch often enough to give their forwards chances.

Solskjaer has not been able to solve that issue because his squad does not have enough strength in depth.

A lot of the time, his team has almost picked itself just by who is available, and they have not found the right balance in midfield.

In contrast, whoever is in Liverpool’s midfield, it does not seem to matter.

Klopp can constantly rotate players in that area because they all play disciplined roles – they know their jobs and are willing to work hard.

They all track back, and they all press. They will help the team get on the front foot, but they will quickly get into a defensive shape if they have to.

One of the ways they do that is by covering the full-backs when they fly forward. For example, Jordan Henderson fills in on the right side when Trent Alexander-Arnold goes high up the pitch.

In an ideal world, you would want more goals from that department but let’s face it, if you have won eight games on the spin without really playing that well, like Liverpool have, then it suggests you are not short of firepower.