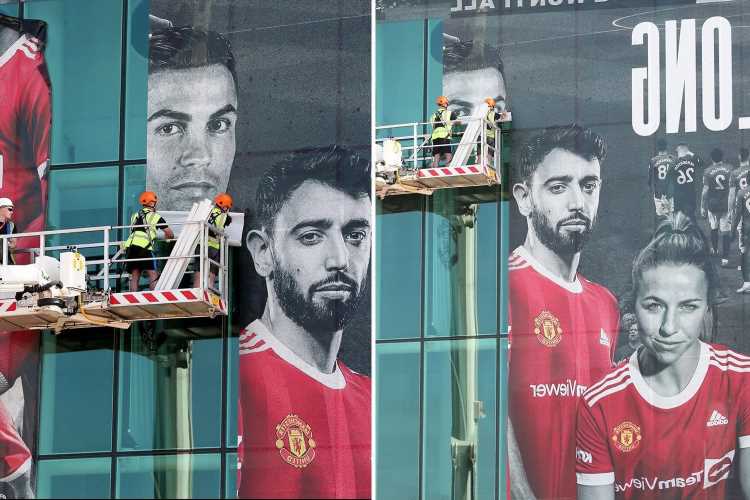 MANCHESTER UNITED have welcomed Cristiano Ronaldo back to the club by plastering his face on the side of Old Trafford.

Ronaldo, 36, is set to make his second debut for the club when they take on Newcastle at the weekend. 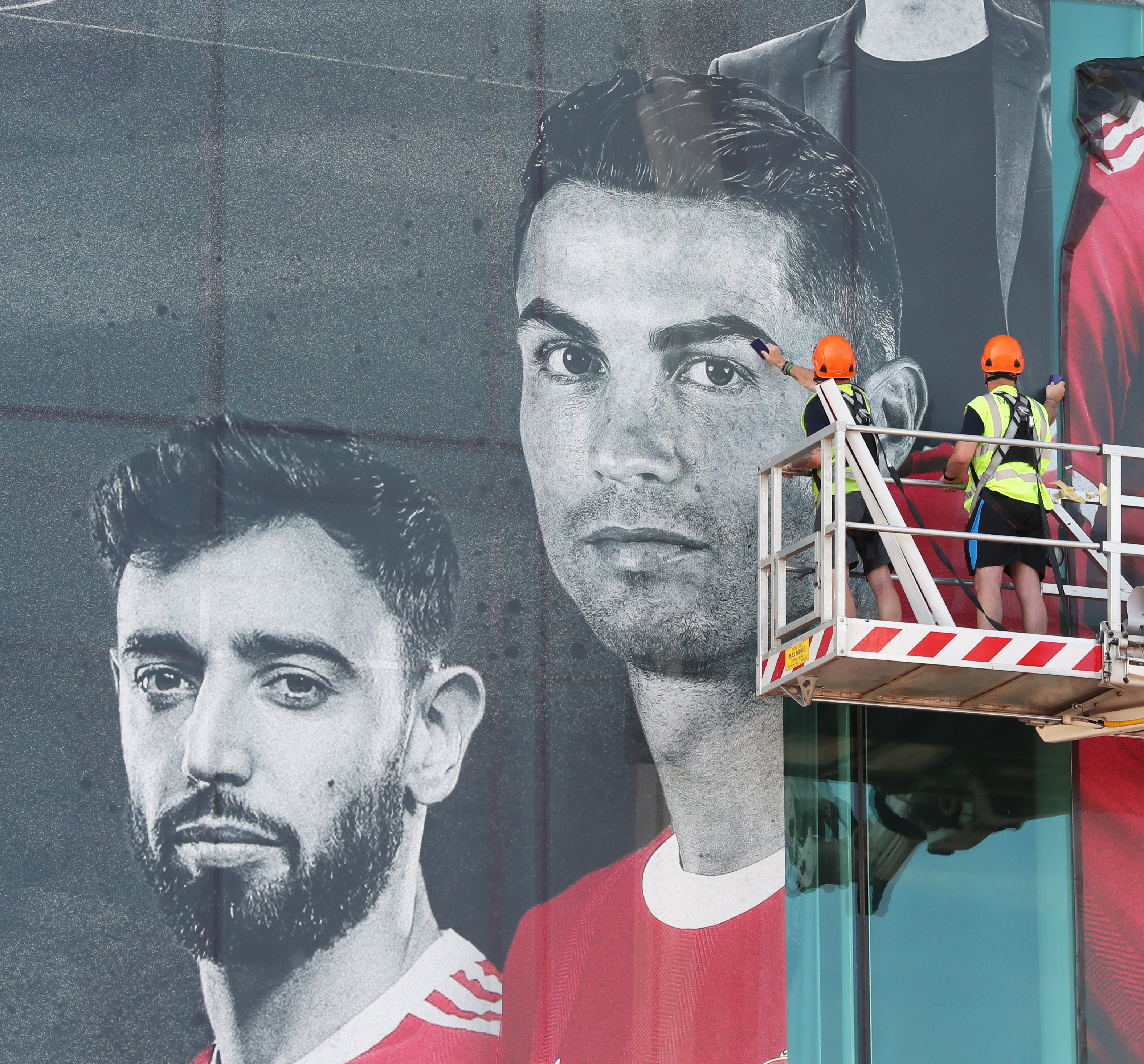 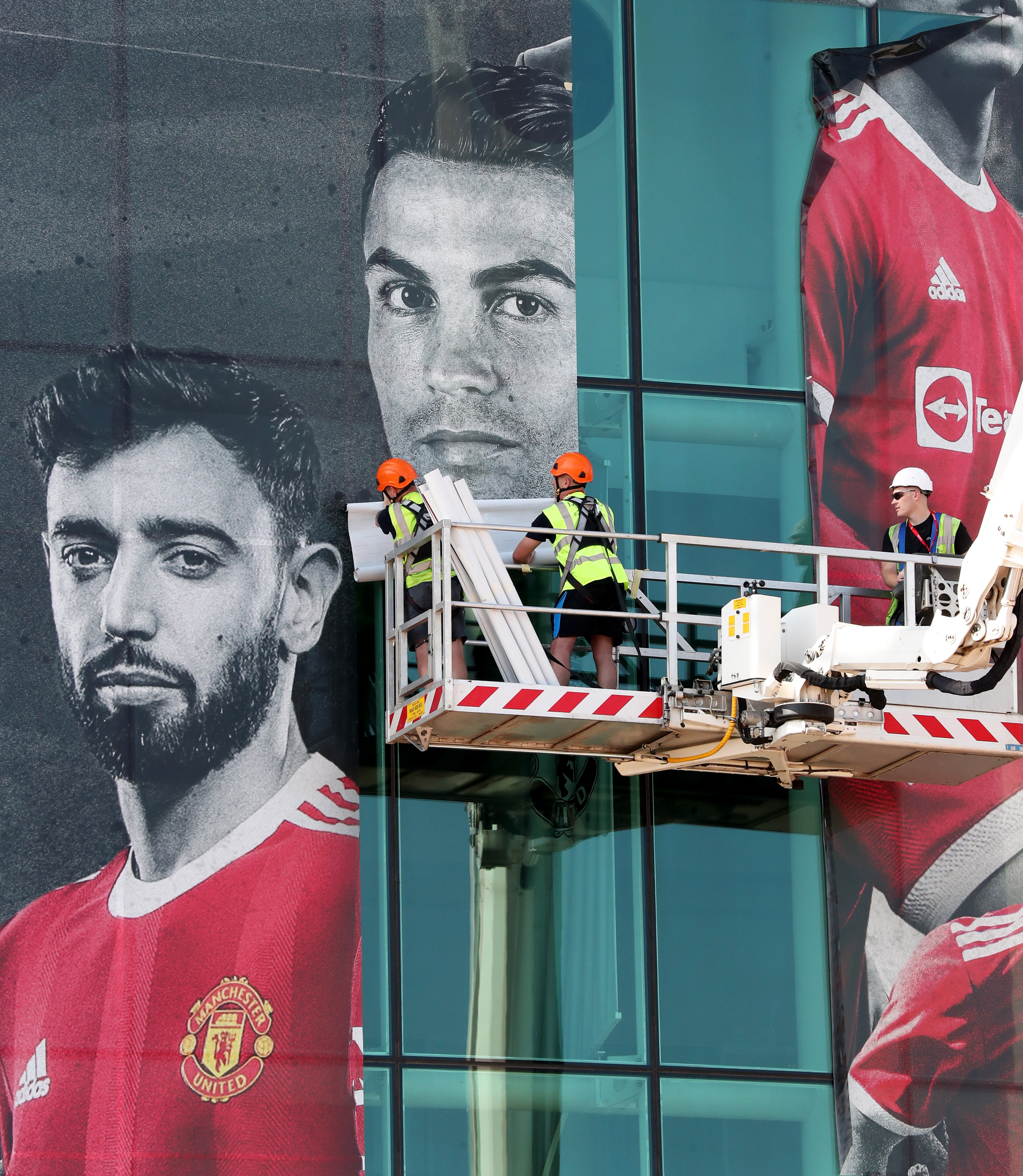 And the Portuguese is already being widely celebrated by everyone associated with the club.

Shirt sales for the new number seven smashed records on the first day of going on sale.

And now fans will see Ronaldo before they even enter the stadium, as he takes centre stage on the side of Old Trafford.

CR7 is accompanied in the mural by compatriot Bruno Fernandes, another favourite at the club.

The club have taken part in the buzz surrounding Ronaldo's return.

Several other companies welcomed back the former Real Madrid forward to Manchester, putting up billboards to mark his return.

Excitement is certainly growing in Manchester, with fans also getting carried away.

This week, adoring fans chased Ronaldo as he drove away from United's training ground in his Lamborghini.

And with ticket prices for the Newcastle match being re-sold for as much as £2500, there is an expectation on Ronaldo to perform.

He will be hoping to start after breaking the international goalscoring record while away with Portugal, and he will be aiming to mark his Old Trafford return with a goal. 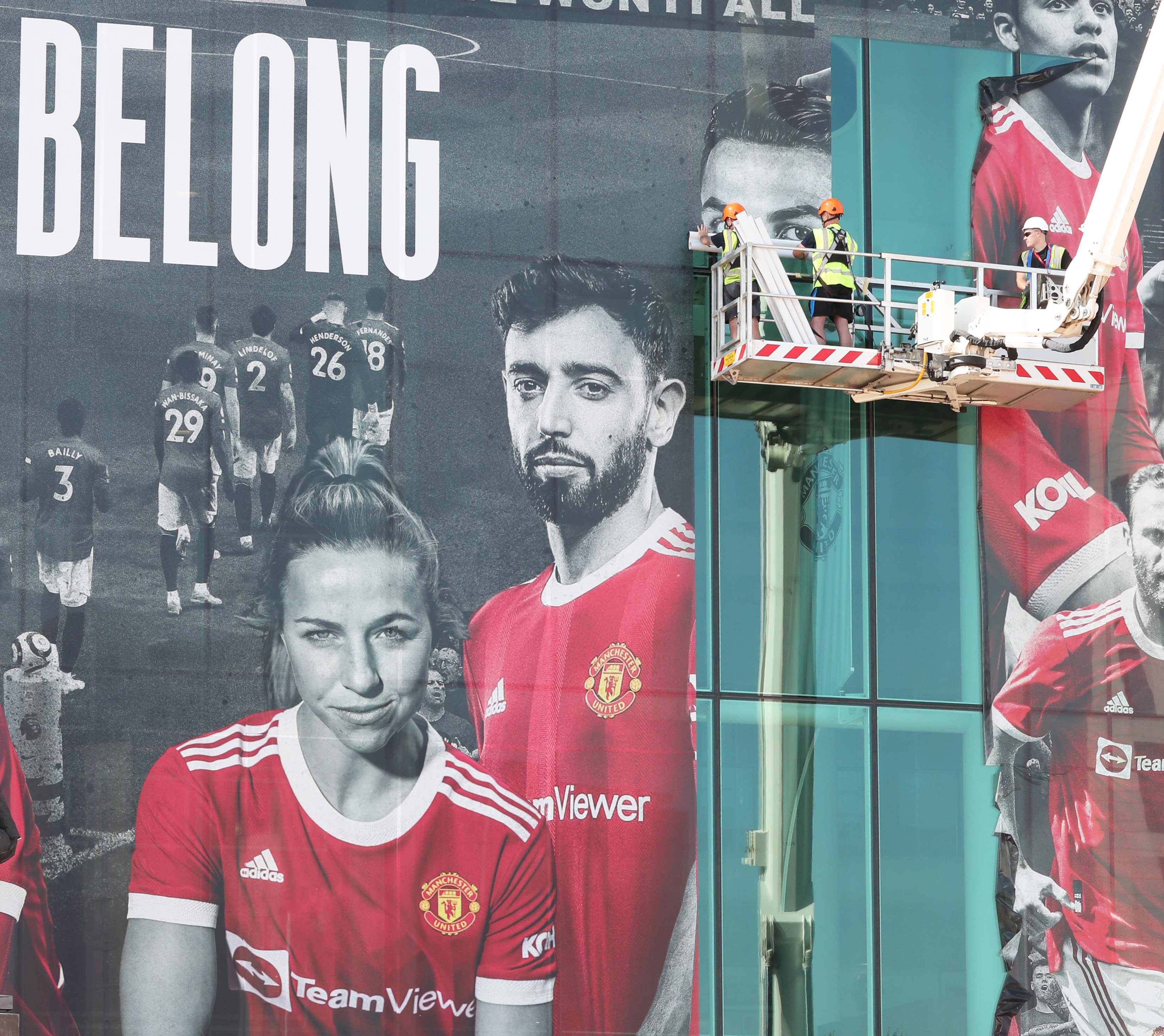