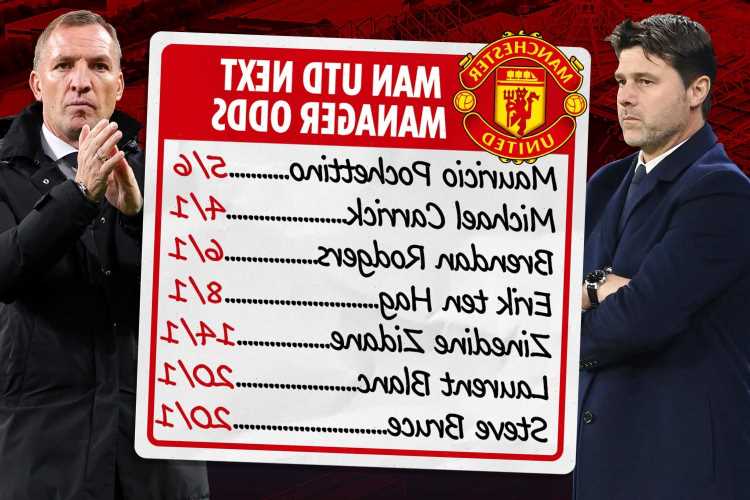 MAURICIO POCHETTINO has stormed ahead of Brendan Rodgers and Zinedine Zidane in the running to become Manchester United's next manager.

That's according to bookmakers Betfair, who've slashed Pochettino's price from 6/1 to 5/6 after a frenetic 24 hours in the betting market. 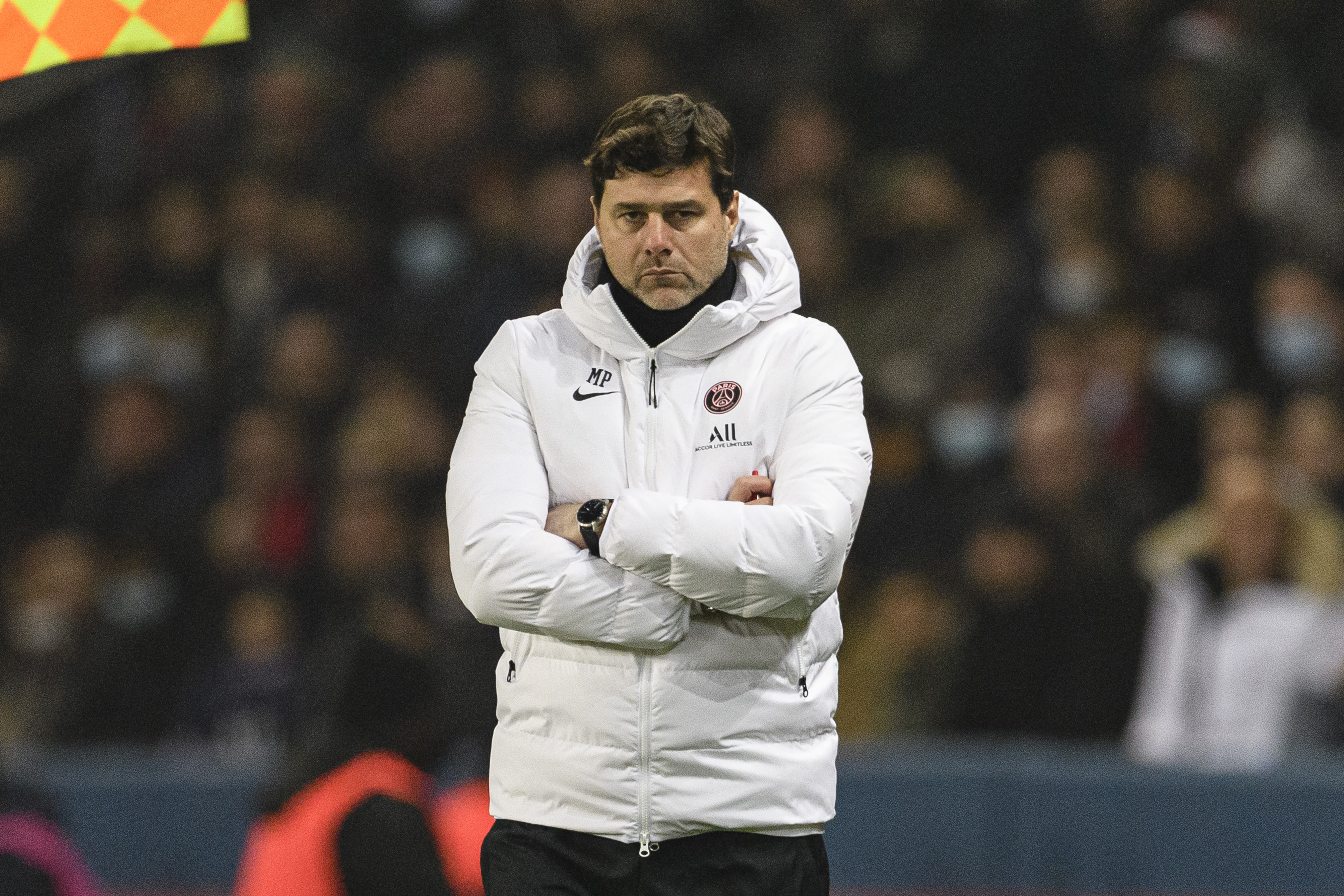 Solskjaer, 48, was relieved of his duties after Saturday's 4-1 defeat to Watford at Vicarage Road.

The Norwegian left following a disastrous run of one victory in seven Premier League matches and with the club in seventh – 12 points behind leaders Chelsea.

First-team coach Michael Carrick has been placed in temporary charge while United seek an interim manager to the end of the season.

But they all trail Pochettino for the position at Old Trafford, according to Betfair.

The 49-year-old was coveted by United chiefs during his tenure at Tottenham, and remains high on their list of targets despite his role at PSG.

The French heavyweights hold a commanding 11-point lead at the top of the Ligue 1 table after 14 matches.

They also look set to progress to the knockout stages of the Champions League along with Group A rivals Manchester City.

Despite that – reports claim Pochettino is 'open' to leaving PSG and making a sensational return to English football.

The Argentine tactician is thought to have grown frustrated with his lack of influence regarding transfers and other footballing issues.

Furthermore, Spanish newspaper Marca have claimed that PSG's players believe Zidane could take charge at the Parc des Princes in the near future – opening the door for Pochettino to leave.

Caretaker manager Michael Carrick is second in the betting at 4/1, narrowly ahead of Brendan Rodgers (6/1).

SunSport understand United officials have made contact with the Northern Irishman and would be prepared to pay £8million in compensation to the Foxes.

Ajax's Erik ten Hag comes next at 8/1, while Zidane and Laurent Blanc follow at 14/1 and 20/1 respectively.

Former United forward Dimitar Berbatov has given his backing to Pochettino and 'interesting' candidate Blanc. 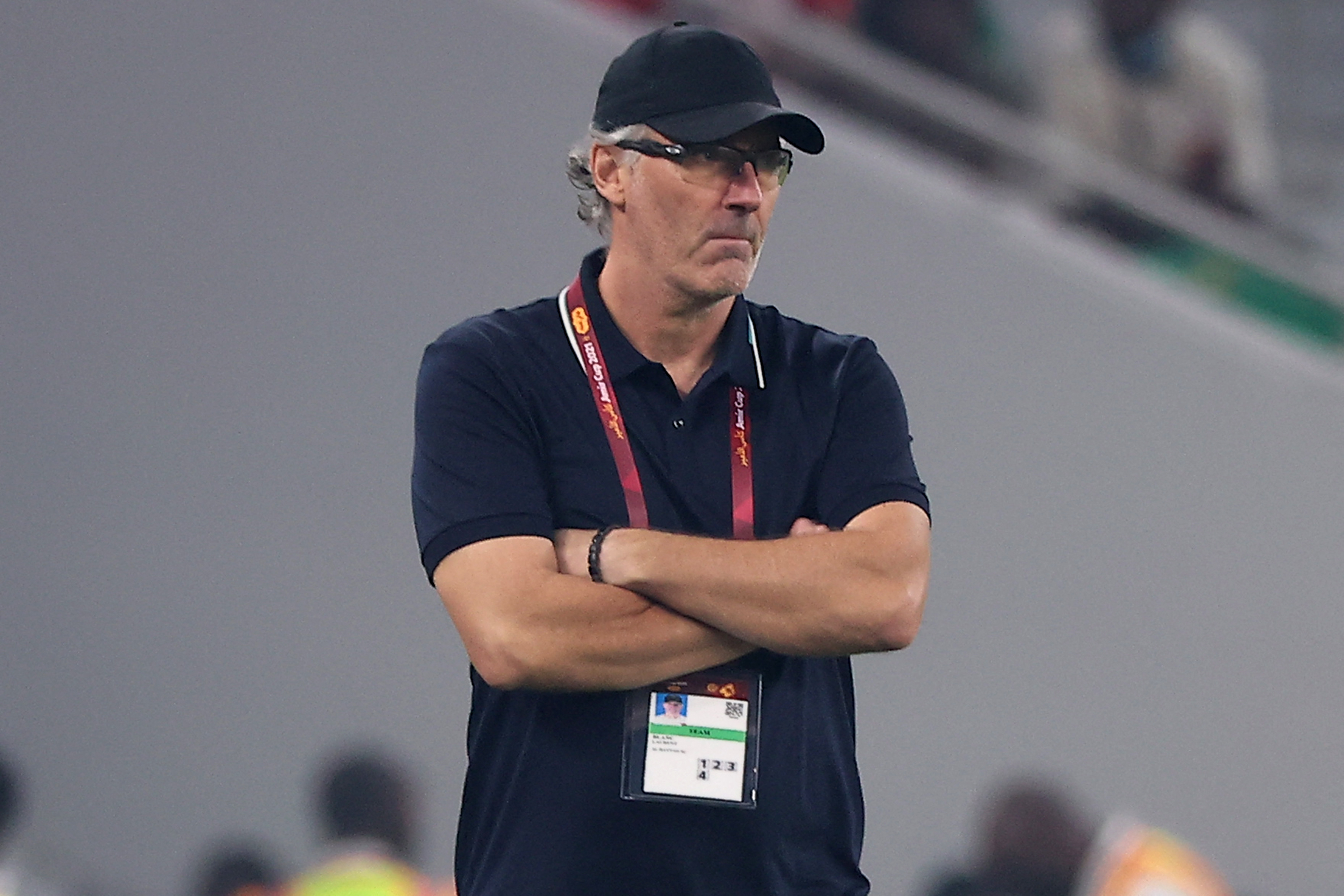 He told Betfair: "United have long admired Mauricio Pochettino but, as he is currently the manager of Paris Saint-Germain, it is difficult to see how he could be appointed at Old Trafford any time soon.

"The only solution I can see would be if Zinedine Zidane were to go to PSG. If he is open to that then I could see a switch for Pochettino happening soon.

"That said, there can often be surprises when it comes to appointing managers. When Jose Mourinho was sacked, who thought Solskjaer would succeed him and stay in charge for three years? We've been surprised in the past and may be surprised again.

"Many United fans would be pleased to see Pochettino in charge and I can understand why after his success at Tottenham and his commitment to team-building.

"Laurent Blanc is and interesting candidate. He’s an ex-United player, who won everything, has managed PSG and France, has the respect of the players and he has the charisma and composure required to manage United."