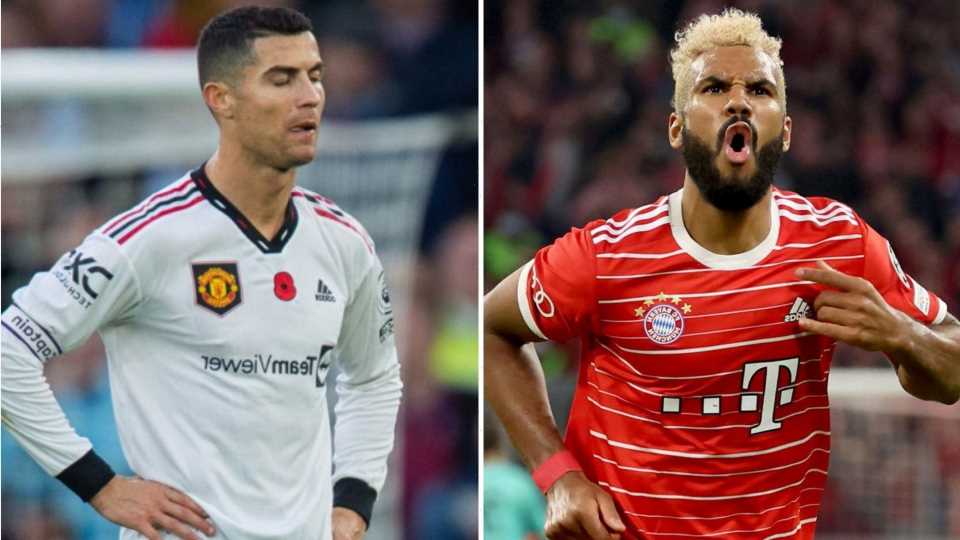 MANCHESTER UNITED have reportedly made England ace Jude Bellingham a priority signing – but they'll face stiff competition from Liverpool according to reports.

Bellingham, 19, is one of the most sought-after midfielders in world football.

And reports suggest that the English giants will have to stump up a whopping fee of £130 million to secure his services.

Meanwhile, it has also been reported that the Red Devils are eyeing Eric Maxim Choupo-Moting as Cristiano Ronaldo's replacement should the Portuguese icon leave in January.

Choupo-Moting has been in sensational form for Bayern Munich and Sky Sports reporter Florian Plettenberg claim that United have submitted an enquiry for the forward.

Get all the latest news, updates and transfer gossip coming out of Old Trafford…