IF Boris Johnson's message to the nation to self-isolate was not clear enough, look no further.

Scramble the letters that make up Ruud van Nistelrooy's name, and what do you get? 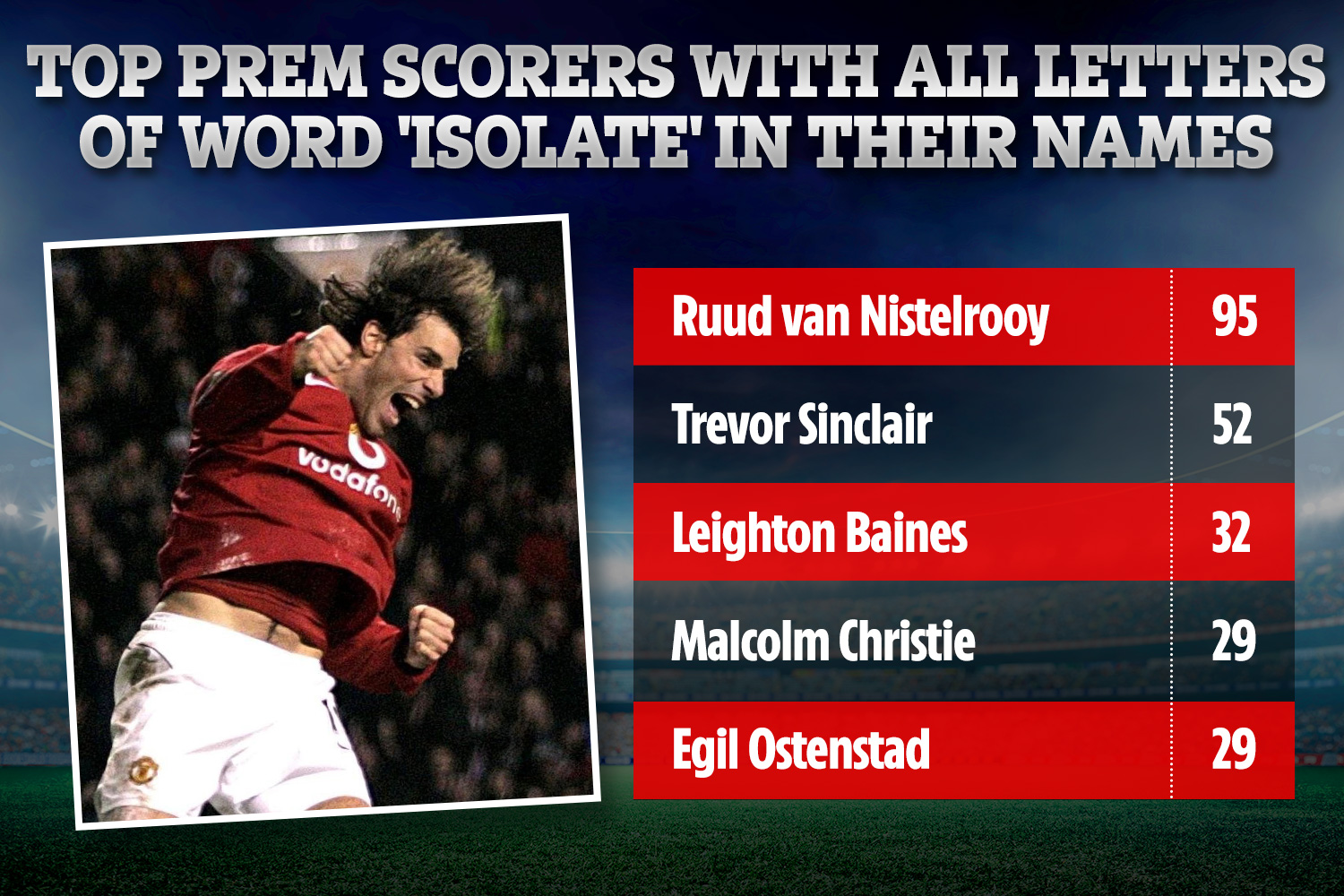 Well there's the obvious ones like adventurously, intravenously, evolutionary, involuntary and venturously.

But those with some Scrabble experience under their belt would have spotted the word 'isolate'.

The Manchester United legend is the highest scoring Premier League player that has those seven letters in his name.