FUMING Manchester United fans flew a plane with a banner reading "Ed Still Failing #WoodwardOut" over Old Trafford before the clash against Liverpool.

This was the second time already this season that fed up United supporters have targeted the club and there was a march and protest before kick-off. 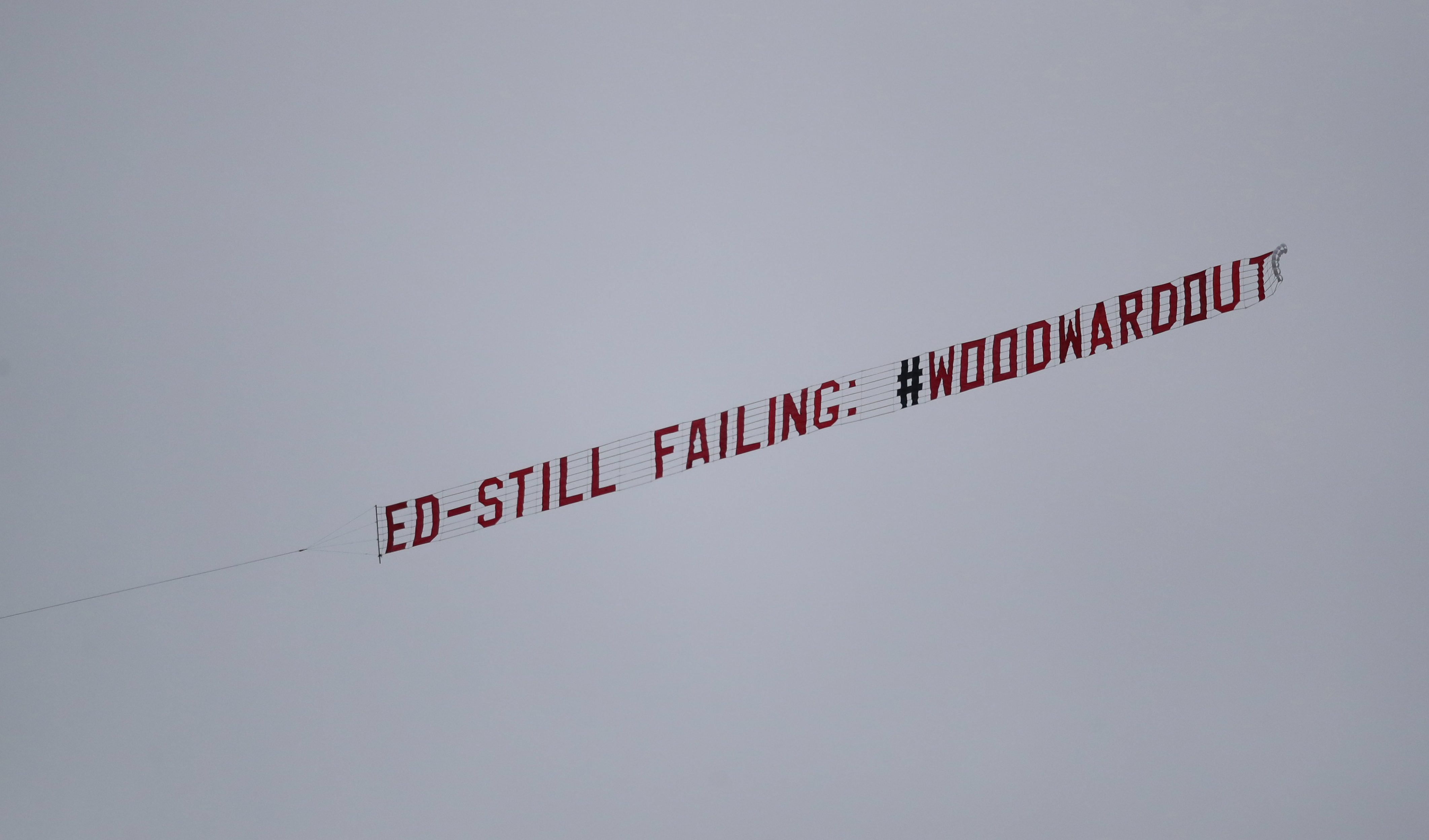 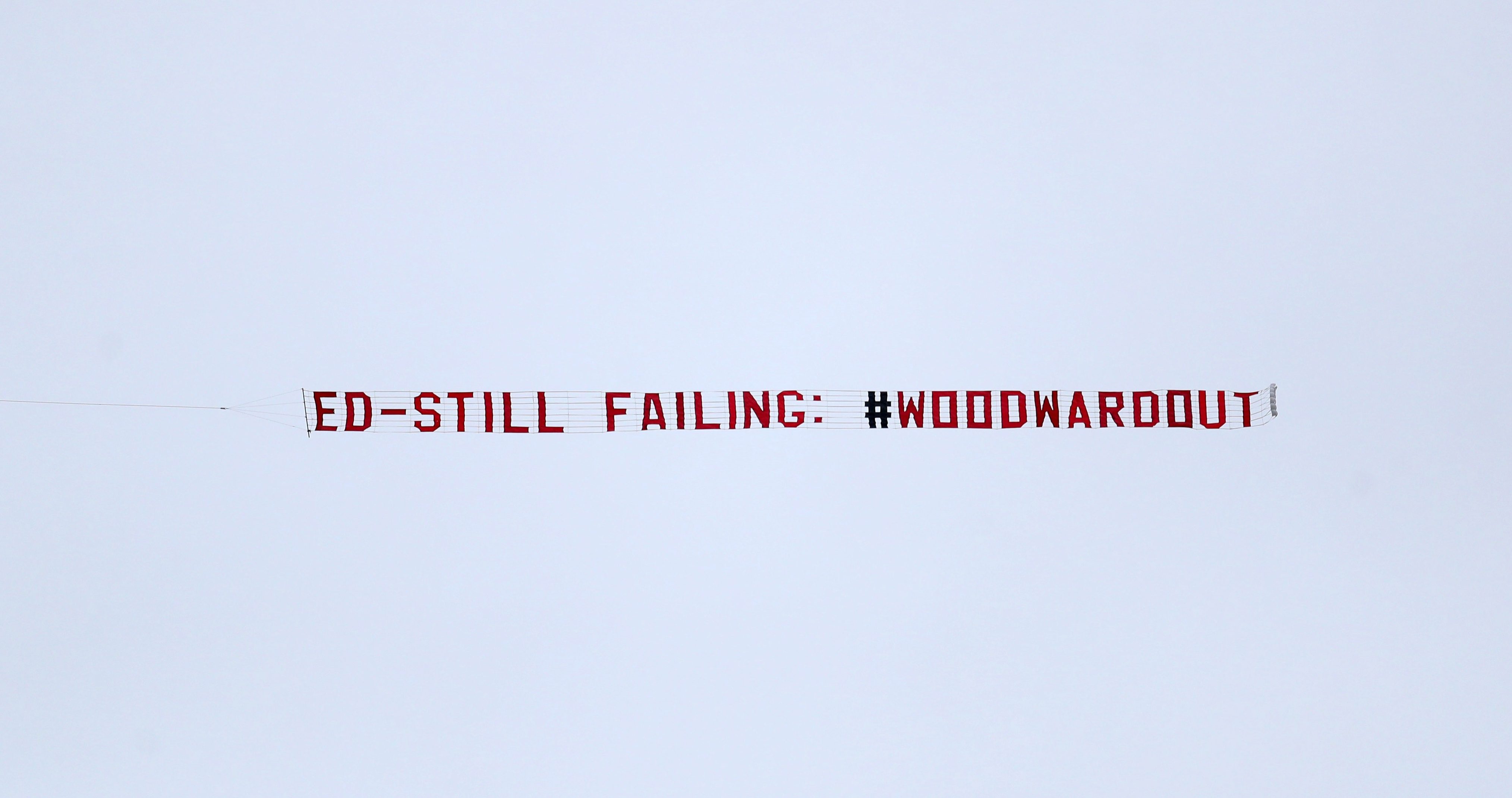 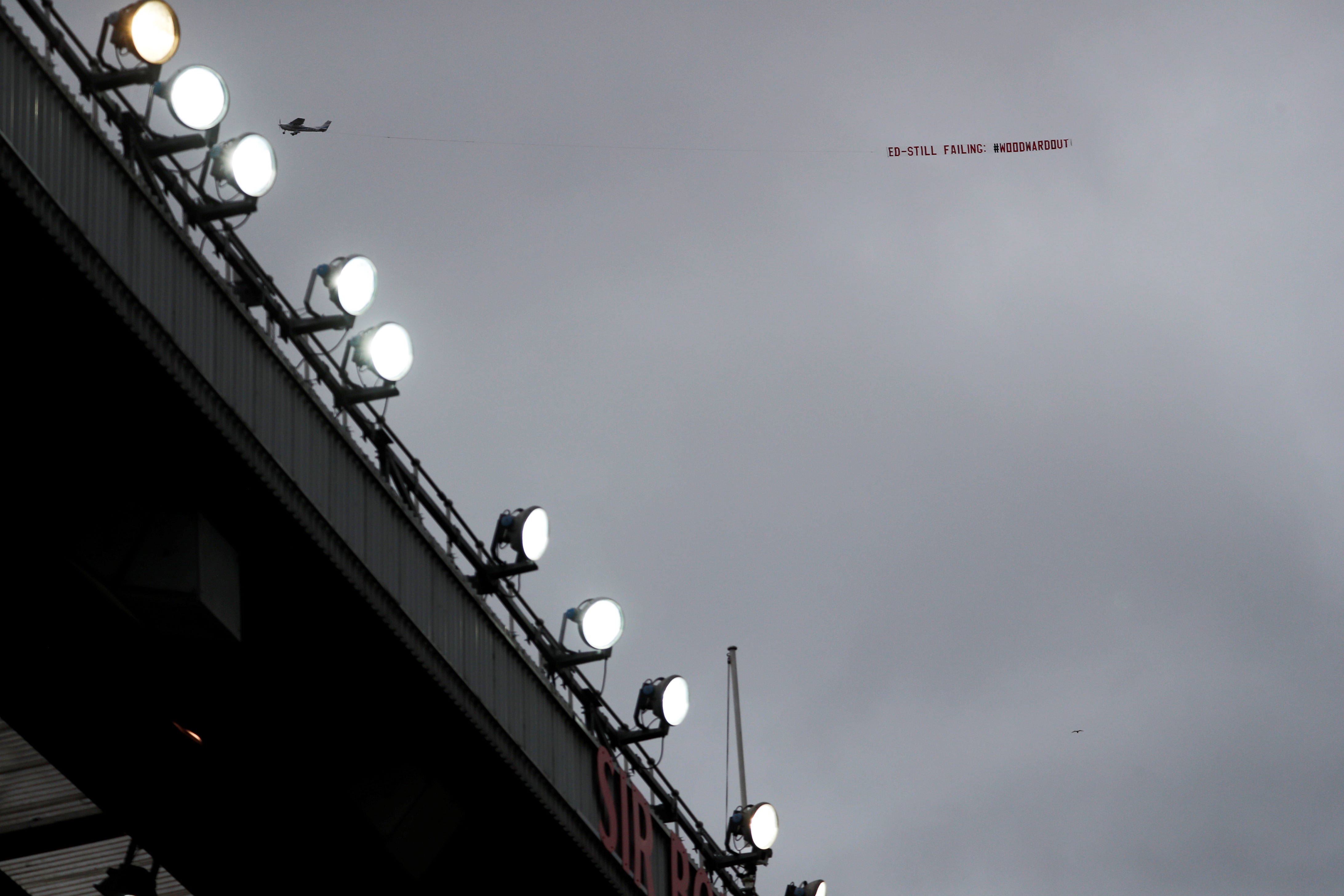 Angry fans chartered a plane to fly a "Glazers Out" banner above the Theatre of Dreams during United's 4-0 thumping of Chelsea.

And a year earlier a banner that read "Ed Woodward, a specialist in failure" flew over Turf Moor before United's game against Burnley.

The board room chief is out to end his feud with Gary Neville and build stronger bridges with every club legend.

But it appears he will have some work to do with furious fans too after their latest stunt.

A statement released by the Glazers Out movement read: "With the walls starting to close in at one of the world's biggest football club, currently languishing two points above the relegation zone with no reprieve in sight, Woodward's desperation has led to an unusual number of briefs being made to the media.

"Arguably, his most ridiculous comment involved reassurances that football takes priority over commercialism, claiming that it's a 'myth' that non-footballing people are making the footballing decisions, with 'brilliant' people running the football side of the club.

"Despite this being obviously untrue to anybody with an ounce of common sense, these claims are directly contradicted by the experiences of ex-manager Louis Van Gaal, brought up in an interview a few months earlier. 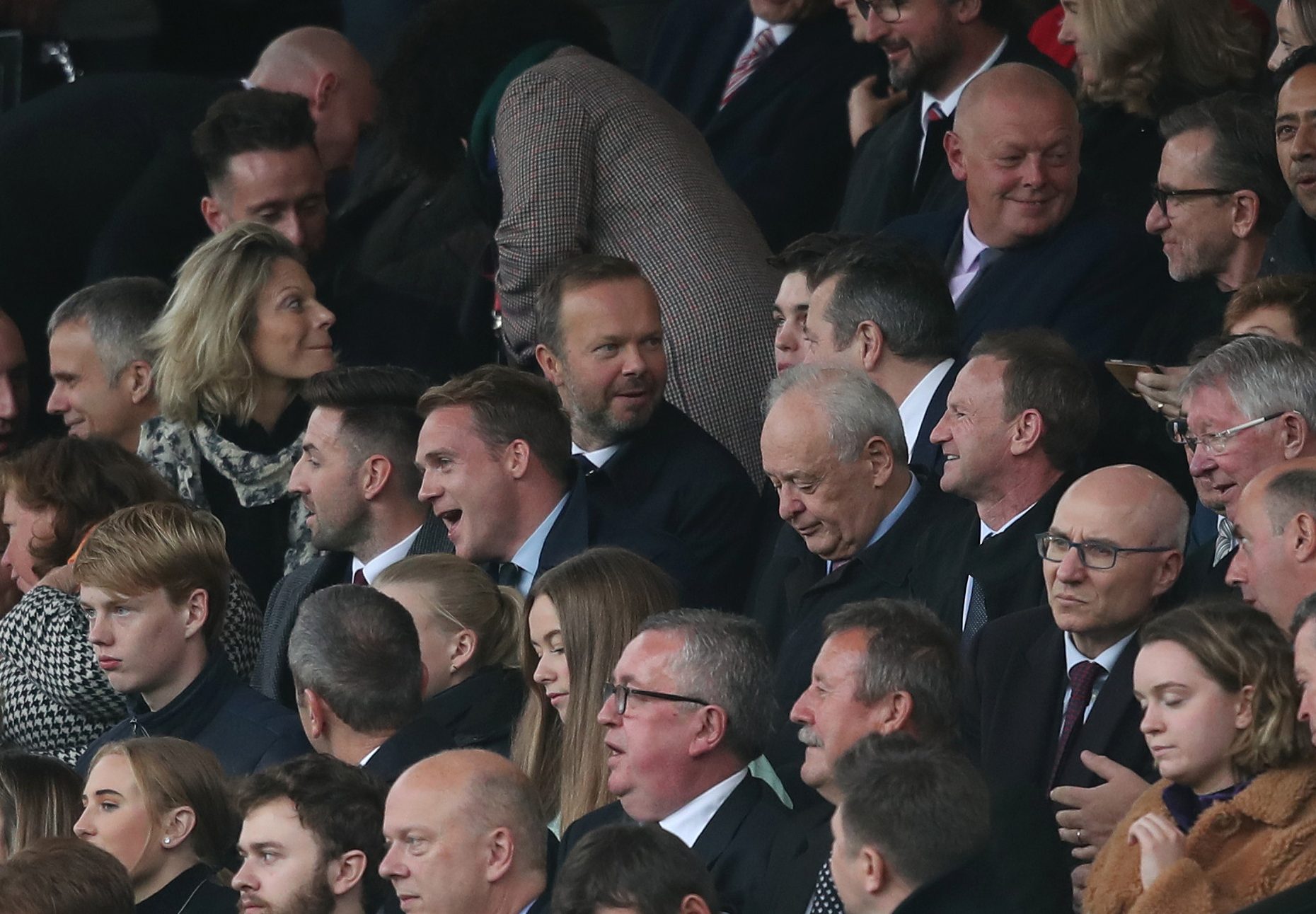 "According to Van Gaal: 'At Manchester United, Ed Woodward was installed as CEO – somebody with zero understanding of football who was previously an investment banker. It cannot be a good thing when a club is run solely from a commercially-driven perspective.'

"Even if we assume that what Woodward has said is true (which is refuted by the evidence), there are many words that could be used to describe individuals who have led the richest and most successful club in English football to its current predicament.

The hashtag #WoodwardOut was trending on summer transfer deadline day after fans bemoaned the fact they had been outspent in the market by Arsenal.

One heartbroken fan even decided to burn his Manchester United shirtand slammed Woodward for turning the club into a "laughing stock".

Woodward has been given more than £800million to splash in the market since Sir Alex Ferguson retired in 2013.

And he has explained that revolutionising the recruitment department has been his main priority.

Woodward said: “There is a myth we have non-football people making football decisions.

“I think it’s insulting to the brilliant people who work in this club.

“Many of the senior staff on the football side have been in their roles for over ten years.

“Some of our scouts have worked with us for more than 25 years.

“We’ve expanded our recruitment department in recent years and we believe this now runs in an efficient and productive way.

“Player recommendations and decisions are worked on by this department and by the first-team manager and his staff, not by senior management.” 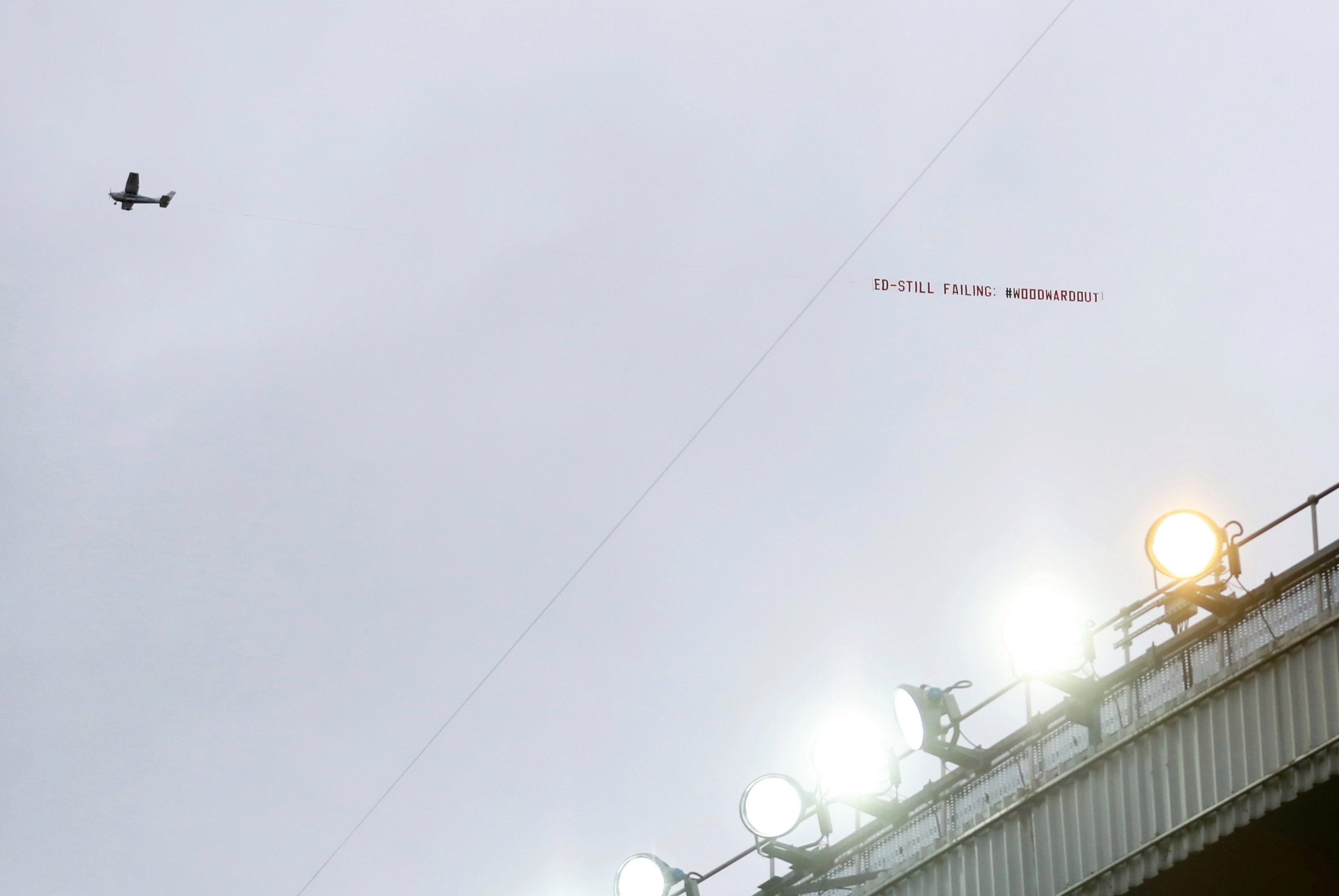