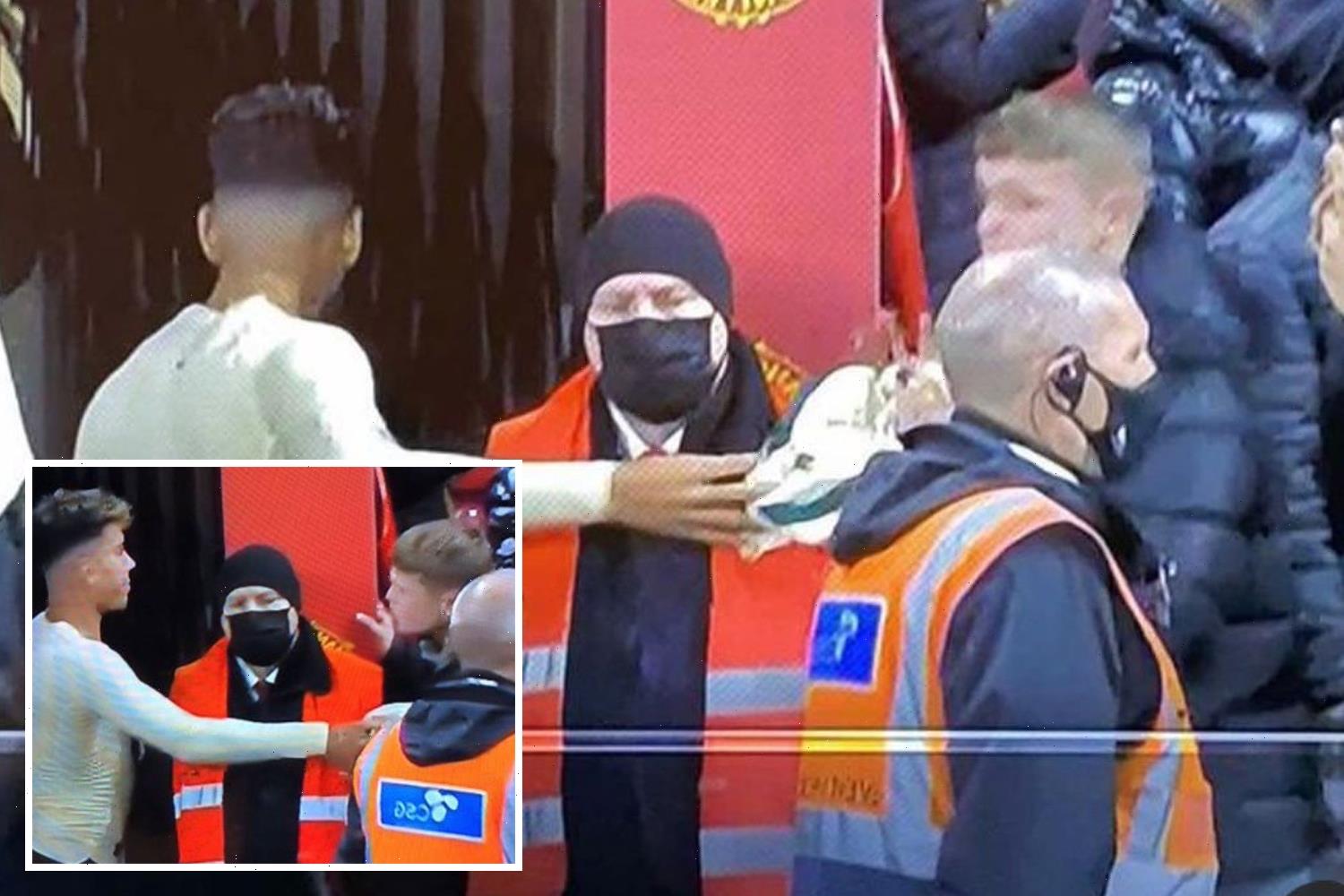 The Red Devils were humiliated against their biggest rivals at Old Trafford on Sunday as Jurgen Klopp's men smashed them 5-0. 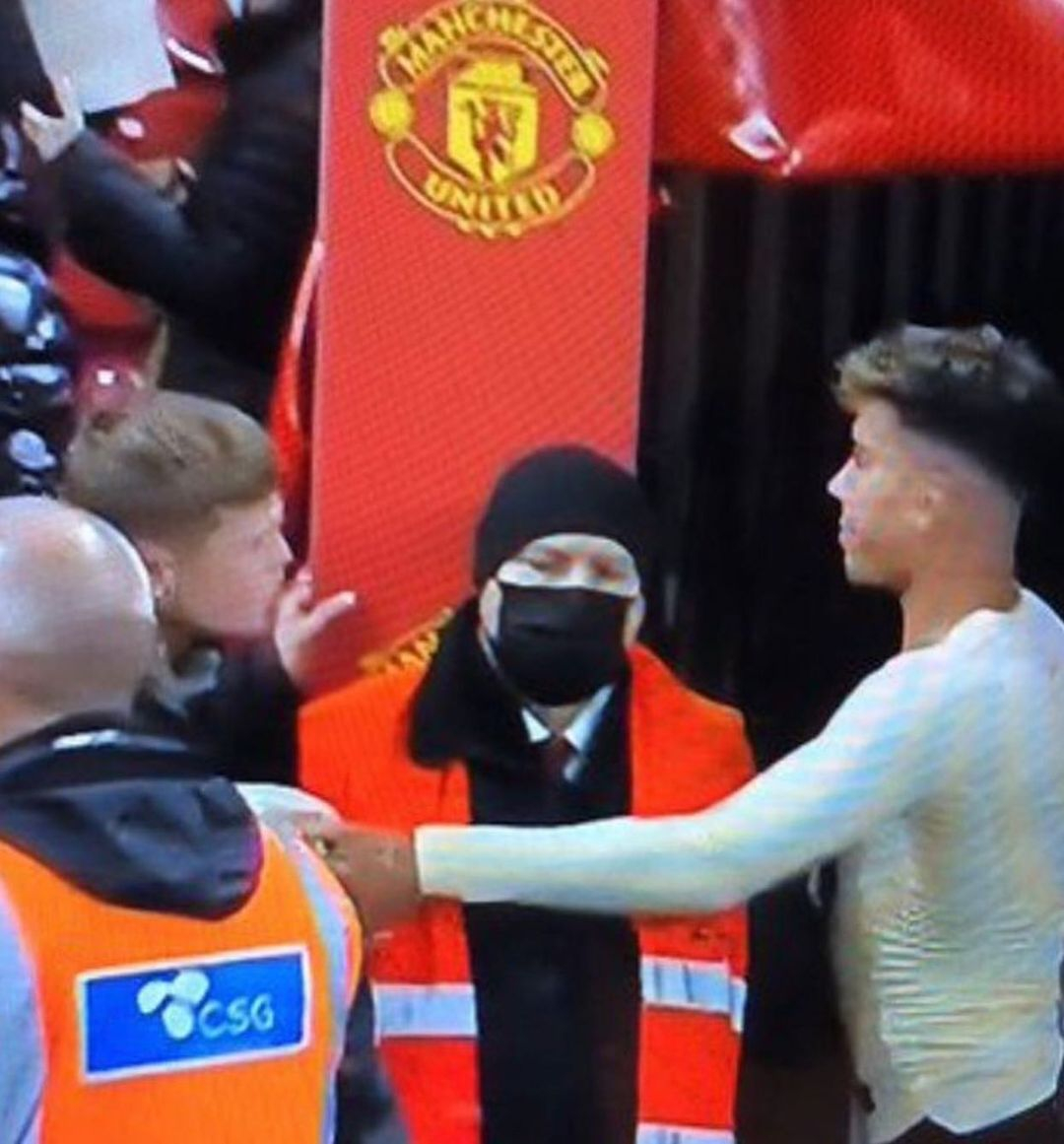 And with the club to face Tottenham, Manchester City, Chelsea and Arsenal in their next five games, things could get a lot worse for Ole Gunnar Solskjaer's side.

But one United supporter was seemingly unfazed by their worrying form following the full-time whistle against the Reds after being spotted asking for Firmino's jersey.

The Brazilian centre-forward, 30, was making his way down the tunnel before a young fan called for his top.

He reappeared at the side of the pitch where he gifted the male individual his top, with the fan then giving a sheepish look in the hope no-one noticed.

Unfortunately for the lad, the Sky Sports cameras filmed the incident, with football fans left in disbelief at him asking for a rival player's shirt.

Sharing footage of the shirt swap, one user tweeted: "What's this all about."

A host of accounts were quick to reply, as one commented: "The lad knew he was risking it all."

Another messaged: "Whoa is that a Utd fan accepting a liverpool kit? At OT? I’ve seen it all now."

Following the humiliating loss, Solskjaer insisted that he will NOT quit, despite United picking up just one point from their last four games. 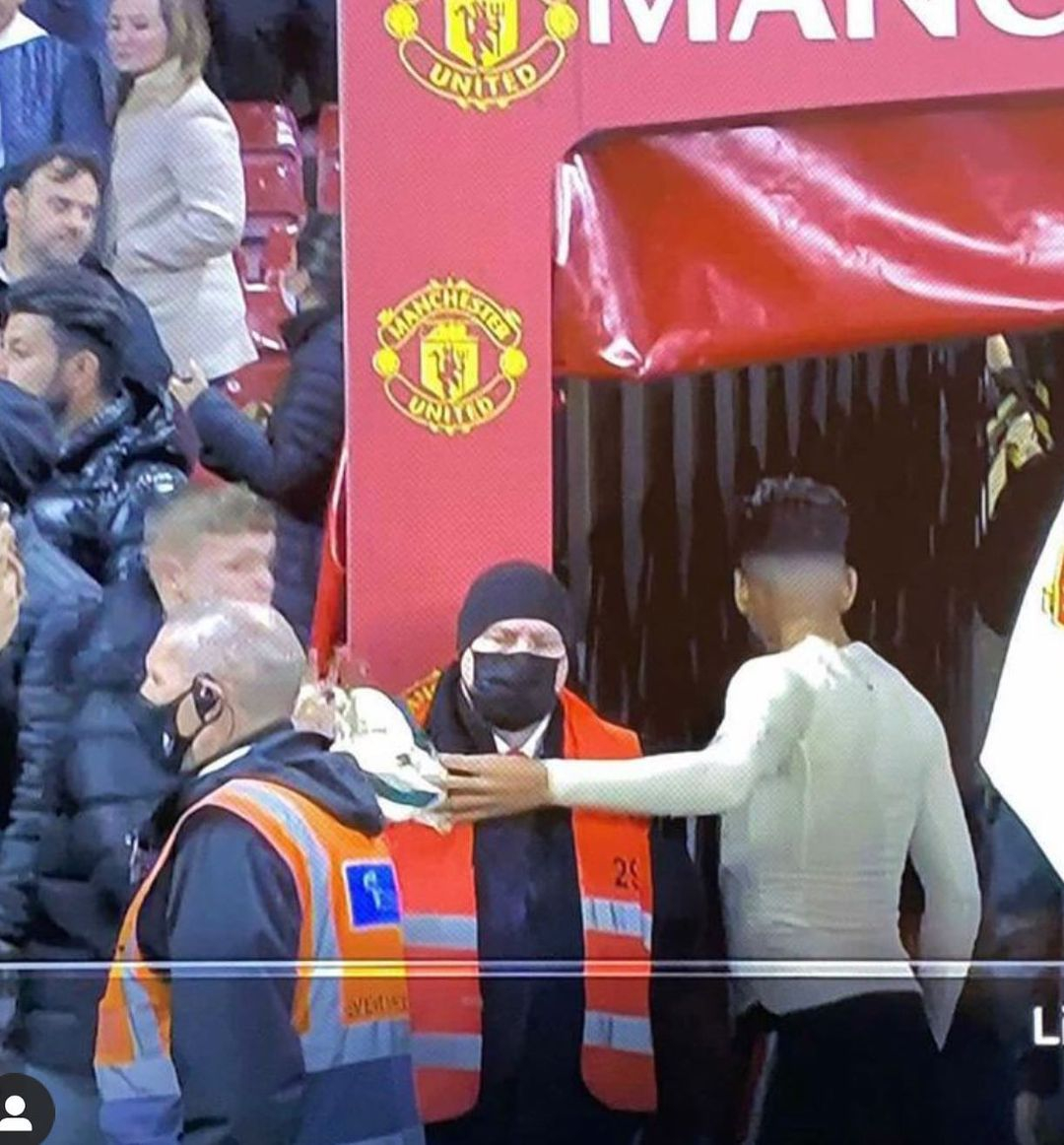 "It is going to be a difficult one. The players will be low but there's loads of characters there.

"We know we are rock bottom, we can't feel any worse than this. Let's see where we take it."