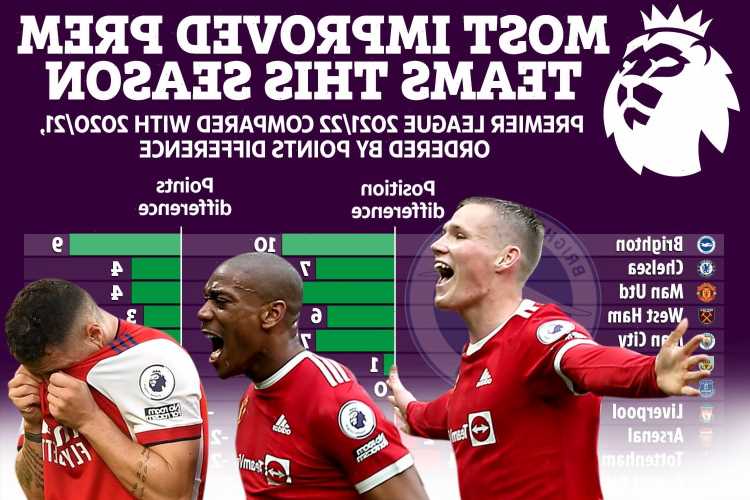 BRIGHTON are officially the most improved team in the Premier League after seven games played when comparing to the same stage last season.

Chelsea and Manchester United have also bettered their points tallies and league positions this time around in comparison to twelve months ago. 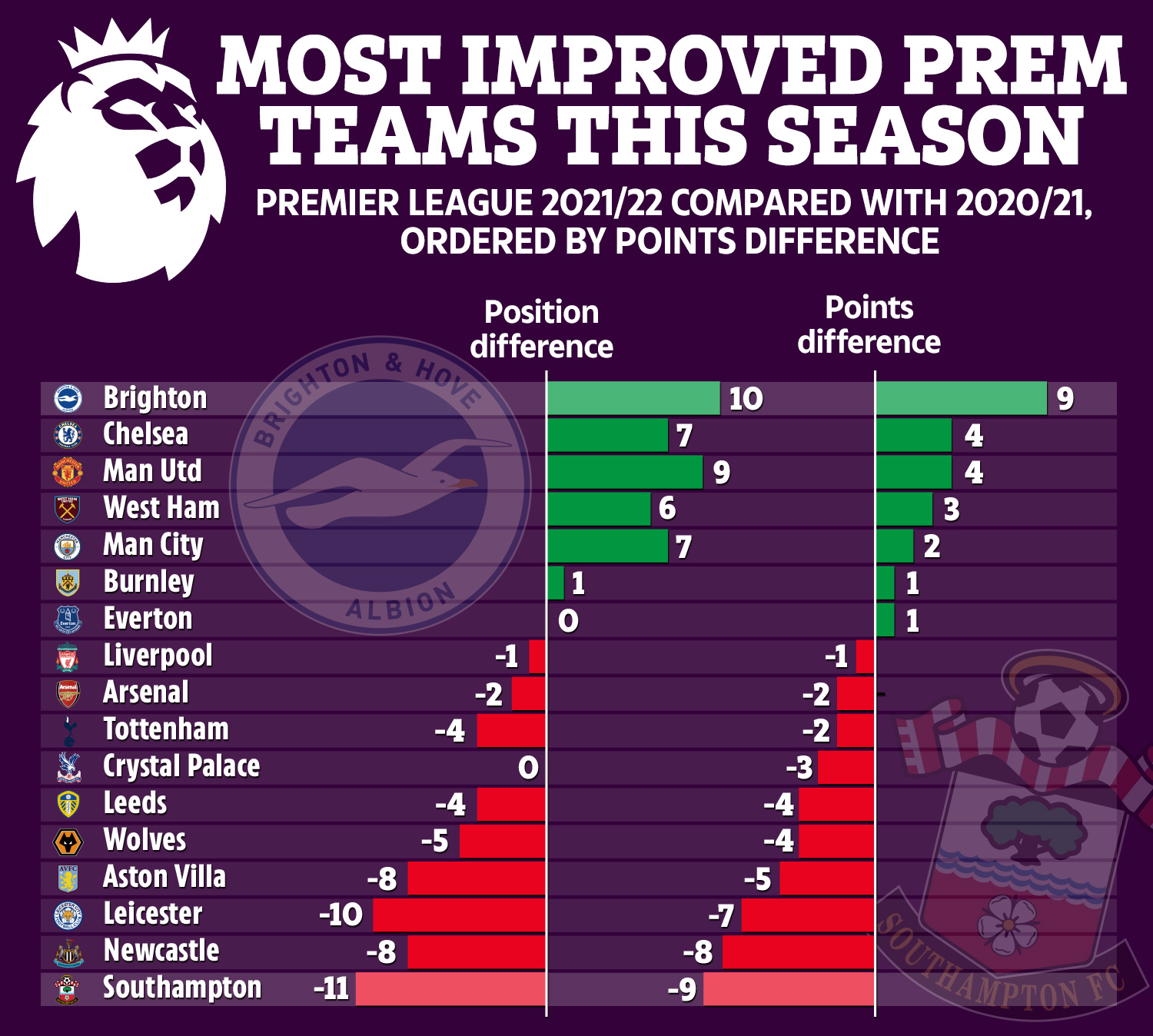 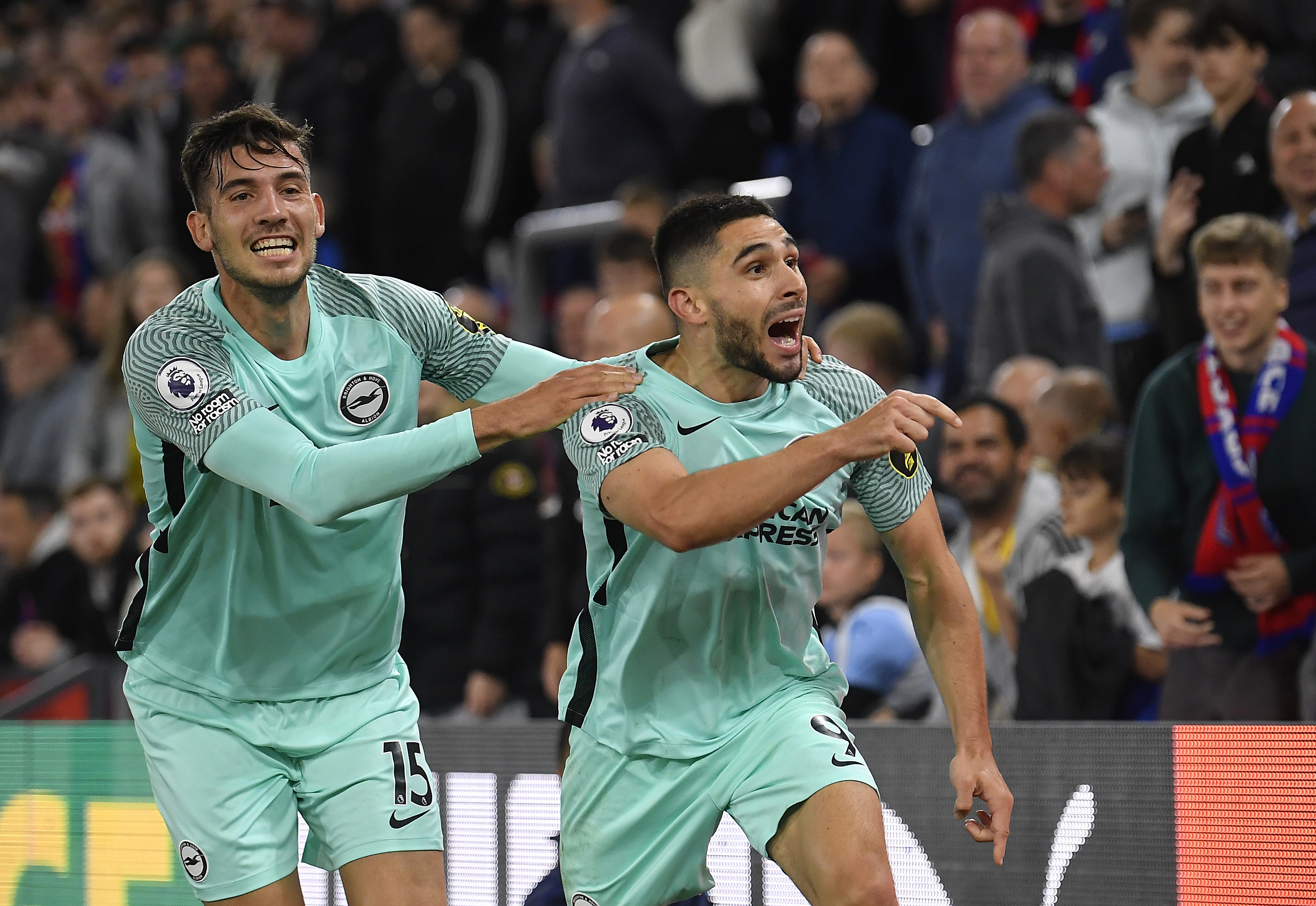 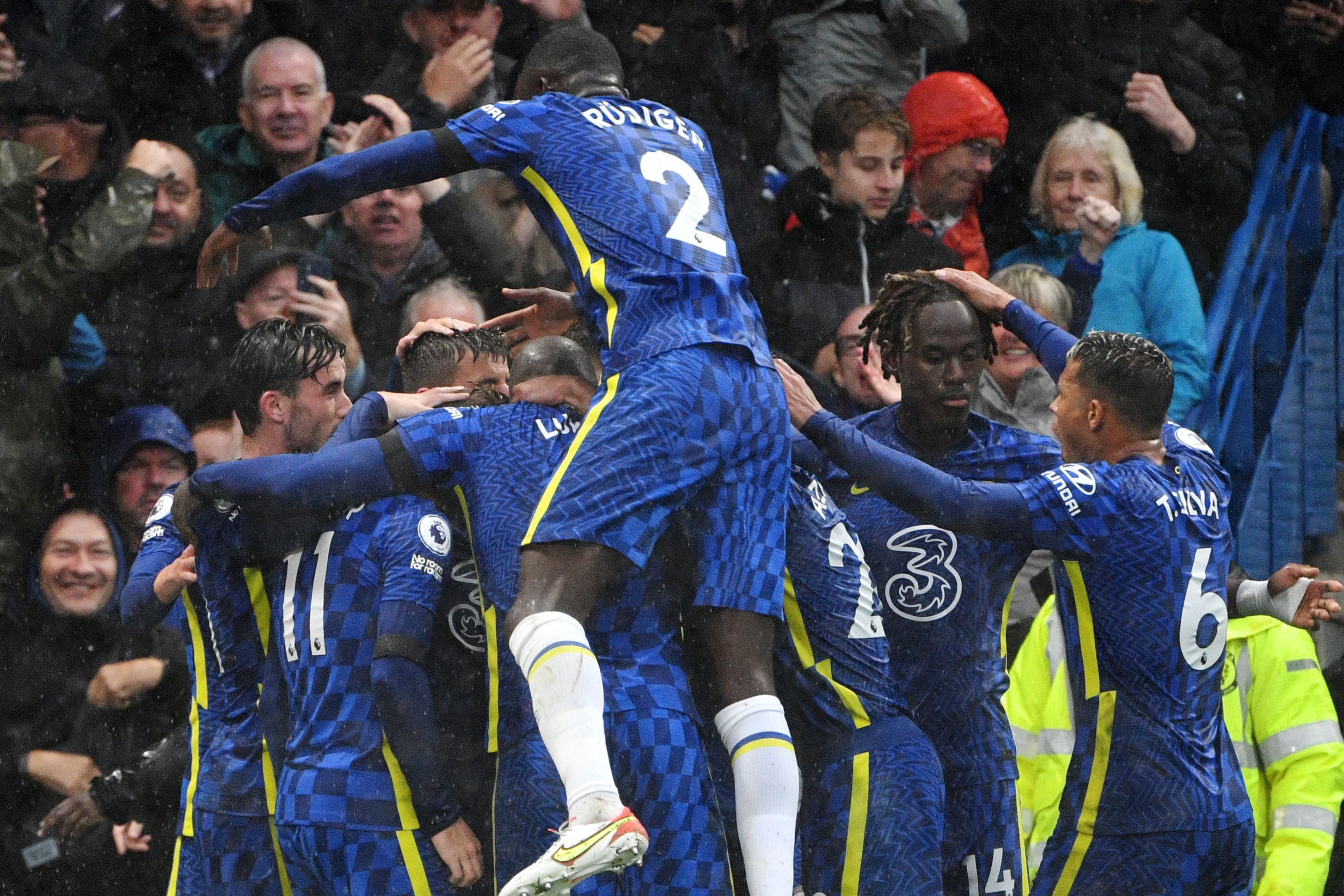 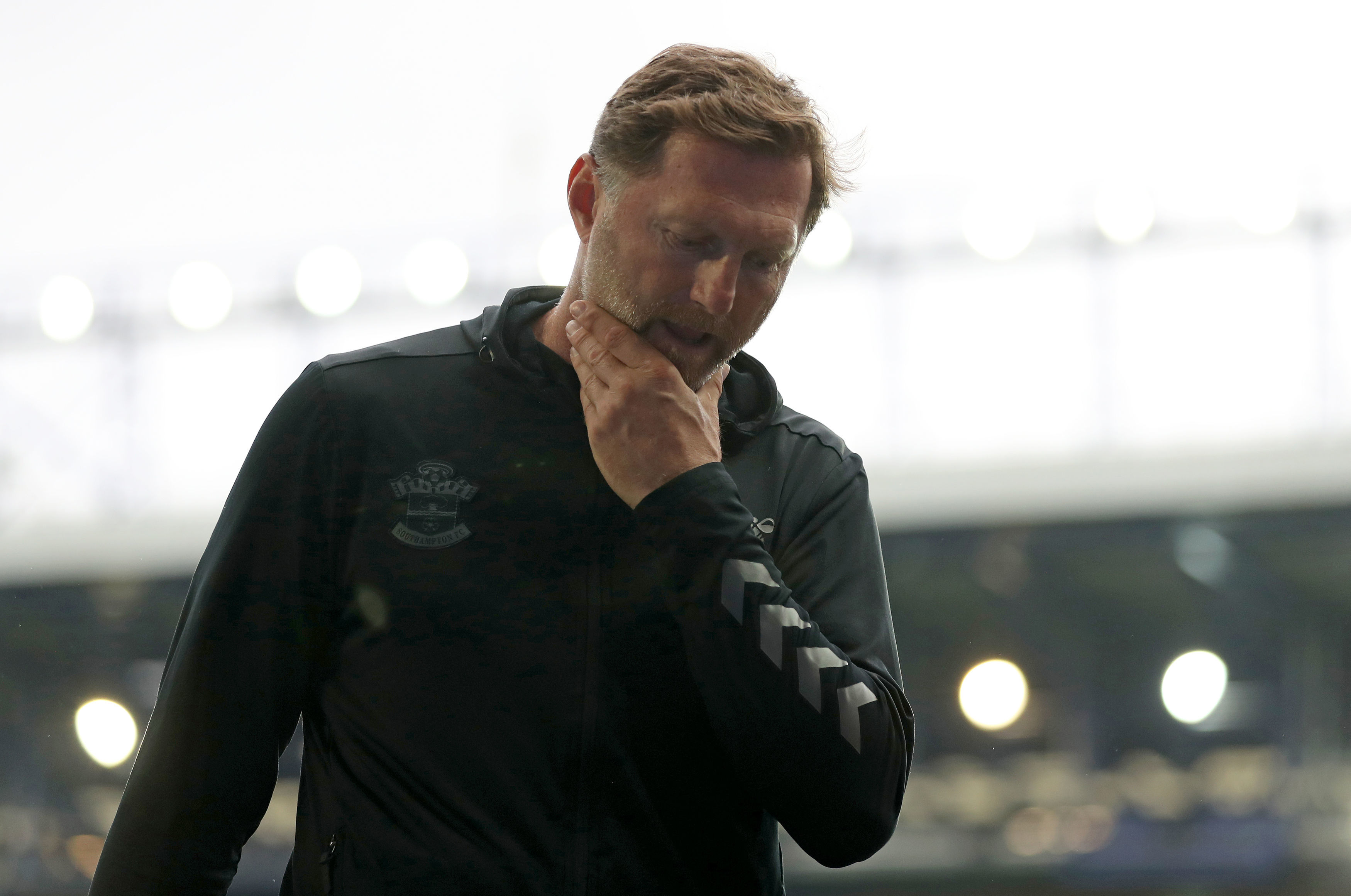 Graham Potter's side are an incredible TEN places higher in the league – and nine points better off – than at this stage of the 2020/21 season.

The high-flying Seagulls are currently sixth in the league having lost just once in seven matches.

Potter's team are a far cry from the side that finished just TWO places above the relegation zone in May.

Chelsea meanwhile are the second-most improved Prem team this season.

Thomas Tuchel's Champions League winners are seven places and four points better off than they were after seven games last campaign.

The Blues have won five of their league games so far this season and currently top the table.

West Ham and Manchester City are additionally much improved after seven games this season in comparison to twelve months ago.

Burnley and Everton are both one point better off than at this point last season – with the former one league place higher.

That rounds off the only seven teams to have bettered their points tally after seven games compared to last season.

Second-placed Liverpool are a position and a point worse off, while Arsenal and Tottenham have both picked up two less points than they had at this stage last season.

The Gunners were ninth in the league after seven games last campaign, while Jose Mourinho's Spurs were fourth.

Crystal Palace, Leeds, Wolves and Aston Villa are also slightly worse off points wise than they were twelve months ago.

But it's Leicester, Newcastle and Southampton who have had the worst turns in fortunes from last season to this current one.

Brendan Rodgers' side were THIRD at this stage last season but now find themselves 13th – having picked up seven points fewer at this stage of the season than last.

Newly taken over Newcastle are eight points and positions worse off than this time twelve months ago.

Steve Bruce's side are currently second-bottom after a winless opening seven games.

Although there is fresh optimism at St James' Park with the club now the RICHEST in world football.

And finally Ralph Hassenhuttl's Saints are nine points worse off than at this stage last season.

It's seen them slump to 17th in the league after being eighth this time a year ago.