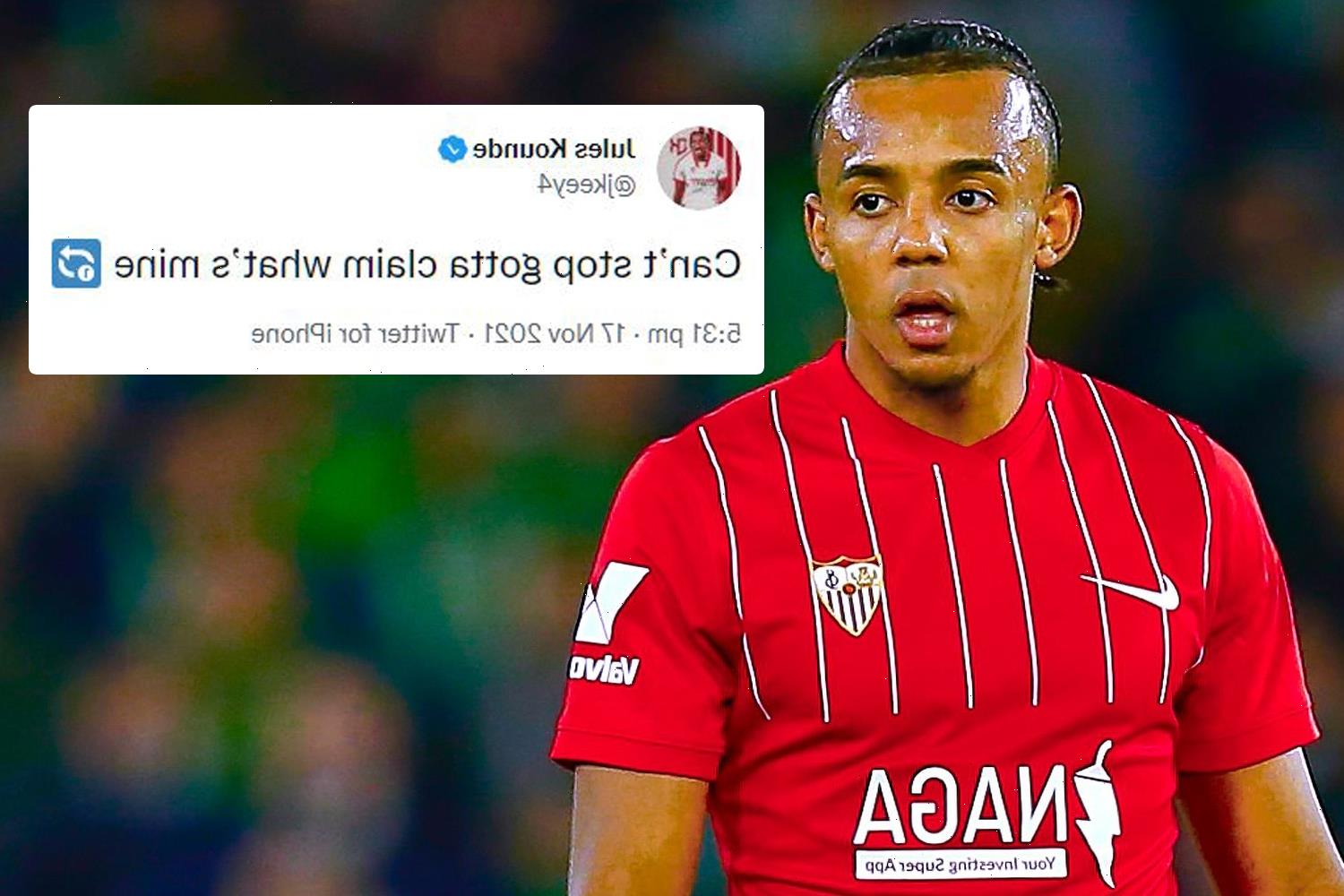 The 23-year-old was heavily linked with a switch to Stamford Bridge in the summer, but the LaLiga outfit blocked his move after rejecting the £42.8million offer.

The Spanish side were only prepared to part ways with the French centre-back should a potential suitor cough up his £69million release clause.

Manchester United are the latest club to enter the race to secure his services, with it claimed they are keen to pair him up with Raphael Varance.

And Kounde has left fans begging for him to join their club after he tweeted out a song lyric from Warren G's 2015 track Keep On Hustlin'.

Commenting on his post, one user messaged: "He’s still a target for Chelsea. Still very possible it happens in January."

Another remarked: "You're talking about the Chelsea shirt huh?"

A third added: "Claim that spot beside Varane in the Utd team?"

Meanwhile this Blues supporter stated: "Yes you have, that’s a spot in our defence Jules lad."

And this United fan tweeted: "Join Man Utd pal we have your French mate and Champions League winner Varane."

Sevilla president Jose Castro Carmona recently confirmed the club will allow Kounde to depart if their asking price is met.

He told Cope: "Jules Kounde deal? We're not going to change our position.

"If the proposal we receive is out of market, we will sell our players to sign new ones."