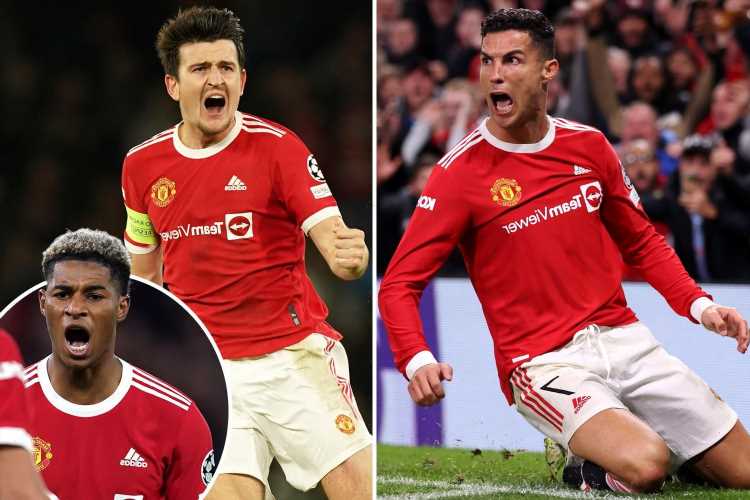 CRISTIANO RONALDO has never played in the Europa League – and he clearly has no appetite to start now.

For the best part of an hour last night, it looked as though Manchester United, and their five-time Champions League-winning Galactico, were heading for Thursday night football as they trailed Atalanta by two goals. 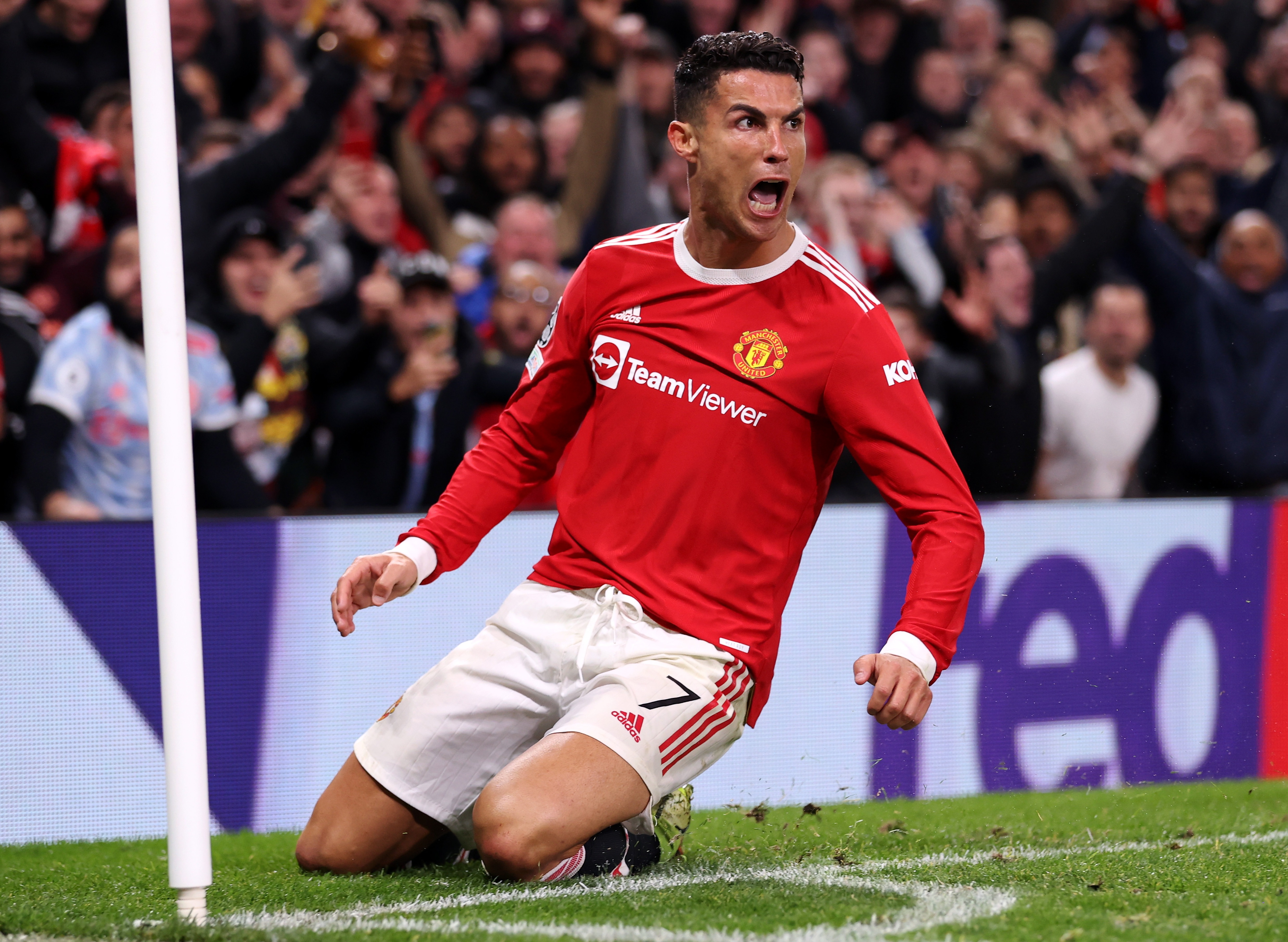 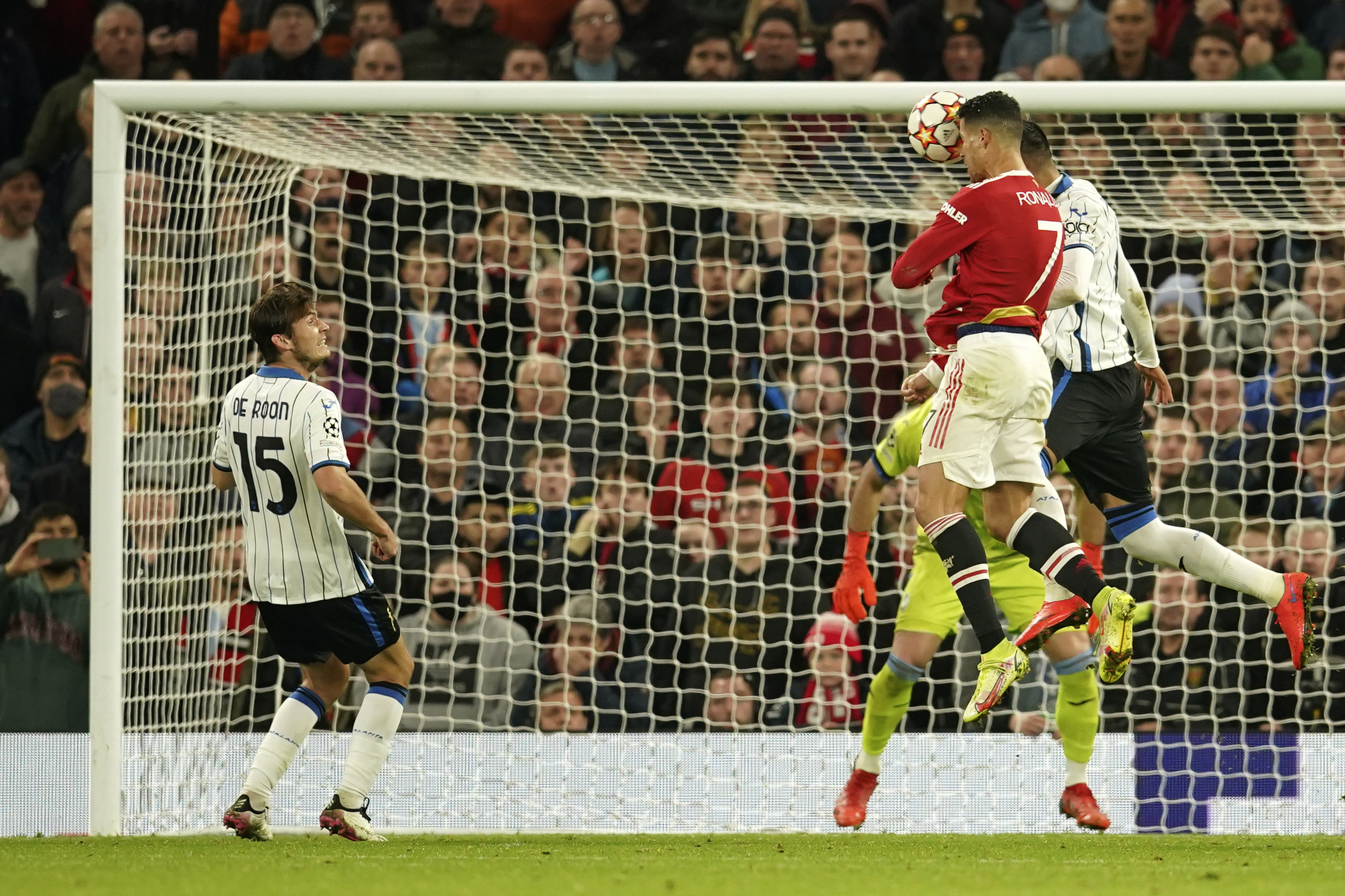 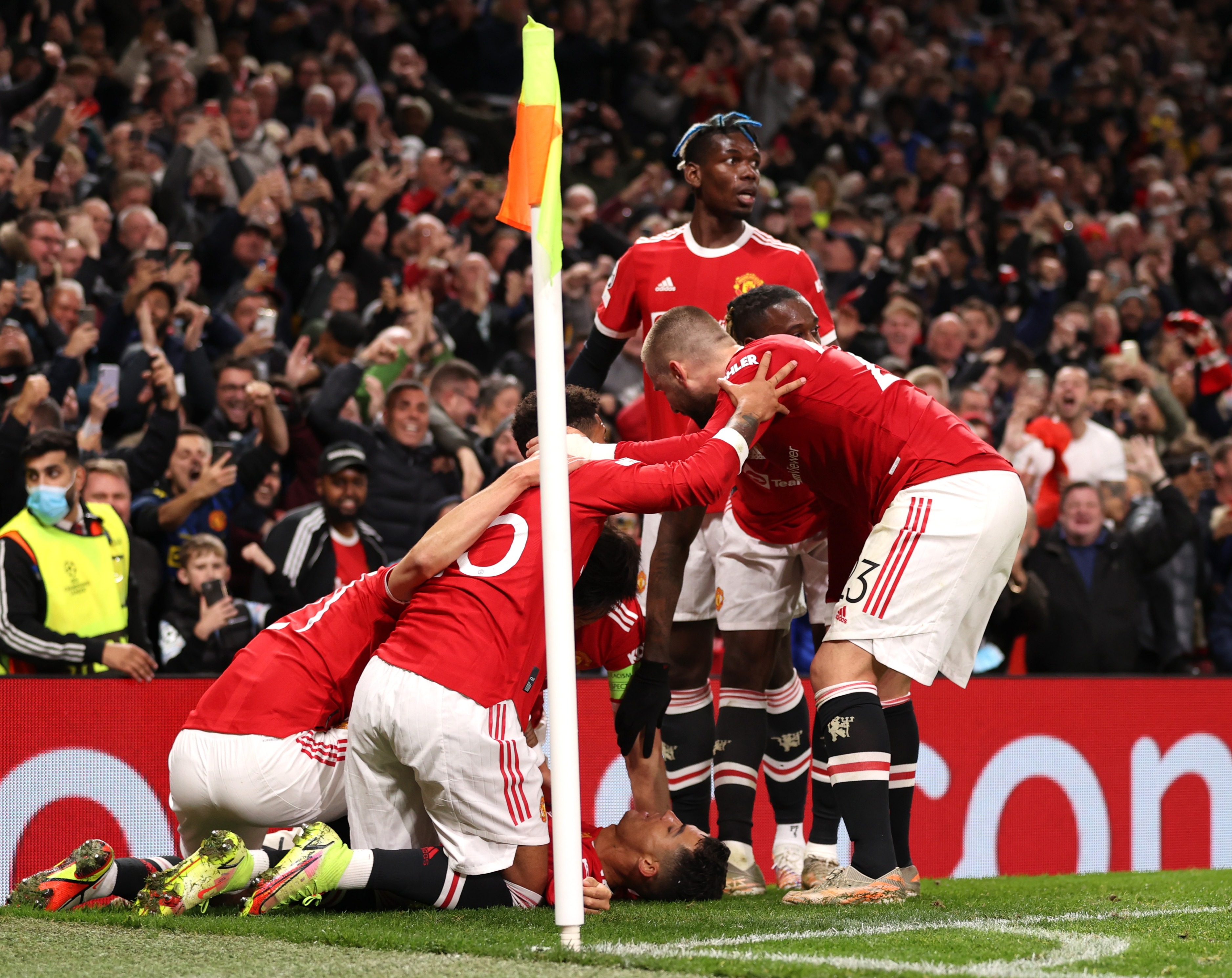 Booed off at half-time and with Ole Gunnar Solskjaer’s future in severe peril, United staged a comeback which would have got their nostalgia-prone manager going all misty-eyed about Turin in 1999.

Just like that semi-final against Juventus, United won from two-down against Italian opposition.

And after Marcus Rashford and Harry Maguire had got United back on terms, it was Ronaldo who netted a late winner for the second successive Champions League game.

The Portugal legend, 36, thumped home a header, having previously done the honours in injury-time against Villarreal.

Almost every Champions League match you watch these days seems like a head-spinning dose of utter bedlam and this was no different.

United still have work to do in this Champions League group – away fixtures against Atalanta and Villarreal must be negotiated.

But they deserved this, for all their first-half doziness, as they dominated for long spells and battered the underdogs from Bergamo in the second period.

After Saturday’s pitiful defeat at Leicester, Paul Pogba had stated that ‘something had to change’. Solskjaer agreed and promptly dropped the Frenchman.

Jadon Sancho, not far off entering the realms of ‘£73million flop’ status, was also benched, as United entered this critical double header against the smalltown Italian over-achievers.

But it felt his future was under a sharper focus than ever before after the Leicester defeat left them with two wins, both unconvincing, in their previous seven.

Still they sang the Norwegian’s name from the trams and the pubs – 'Ole’s at the wheel' and 'Alan Shearer was f***ing dearer, please don’t take my Solskjaer away'.

United had started with intent but without end product – Bruno Fernandes lively but inaccurate, Marcus Rashford full of intelligent running on his first start of the season.

But inside 15 minutes Solskjaer’s men were behind, Victor Lindelof pulled out of position and Chelsea reject Davide Zappacosta crossing low for Mario Pasalic to get in front of Scott McTominay and stab home from close range.

There was a lengthy VAR check on a tight offside but United were not spared.

Then a brief interlude as Ronaldo got lively, beating a full-back with a couple of step-overs like the good old days and chipping in a cross which fell to Fred, whose shot was pushed over by Juan Musso. 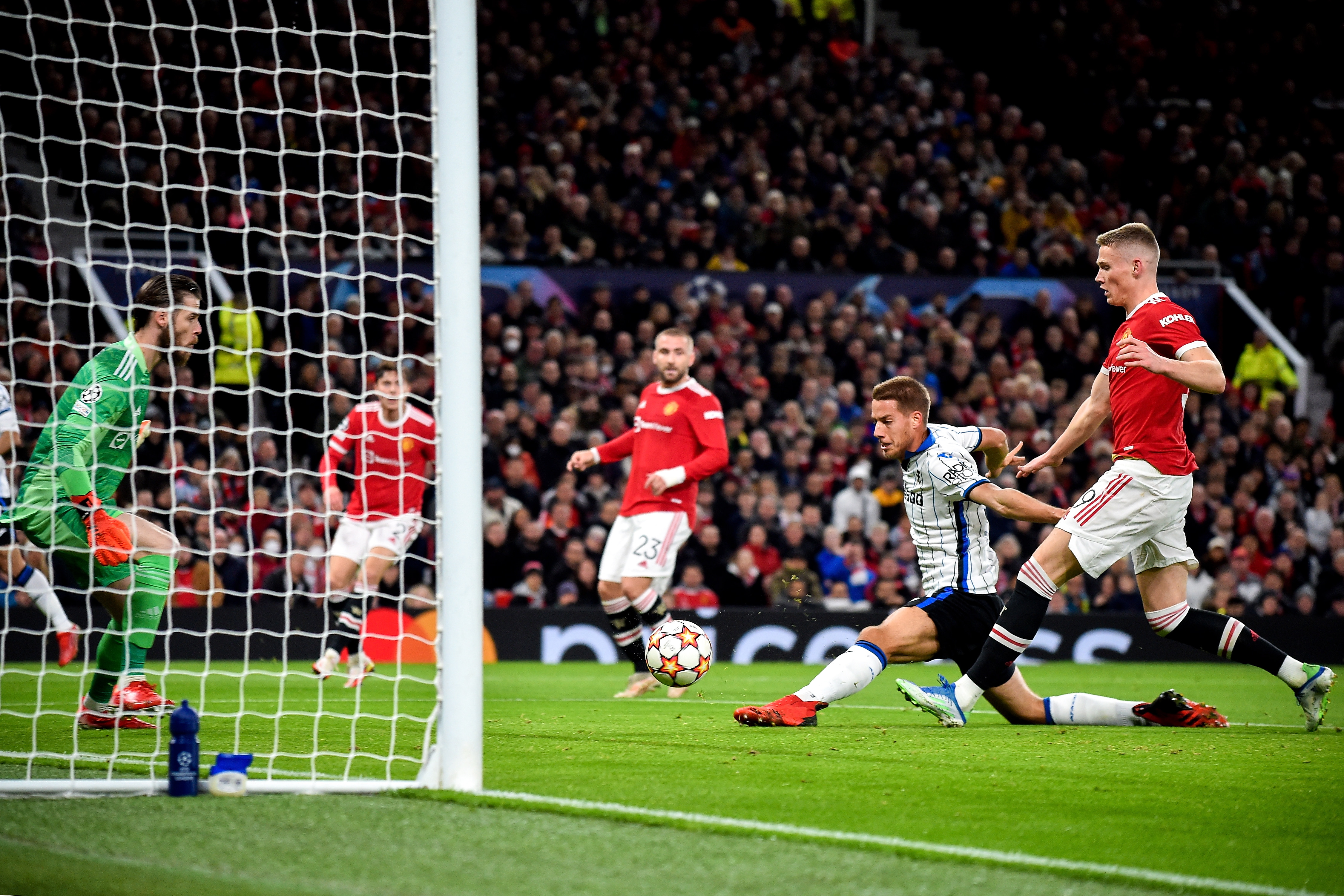 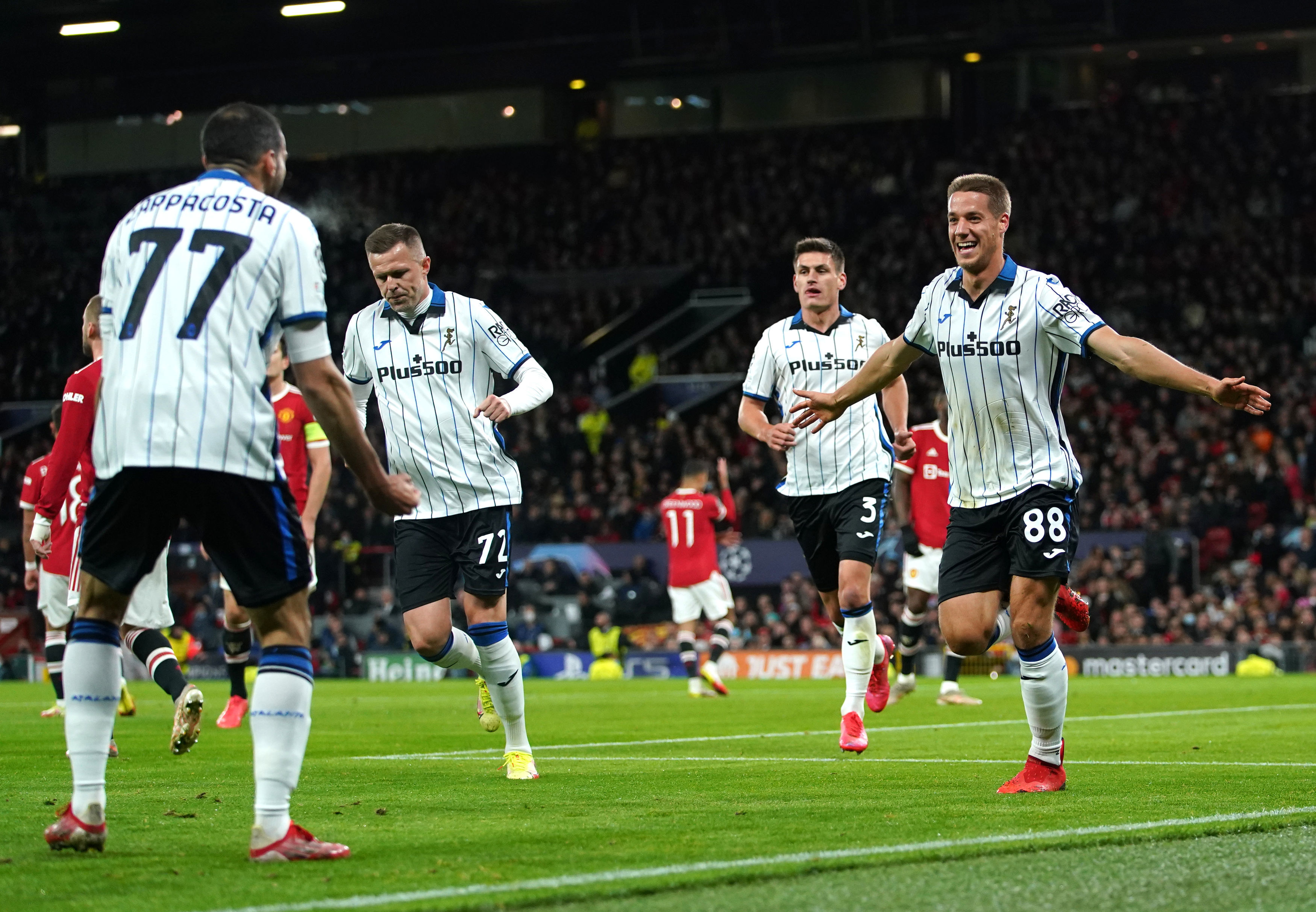 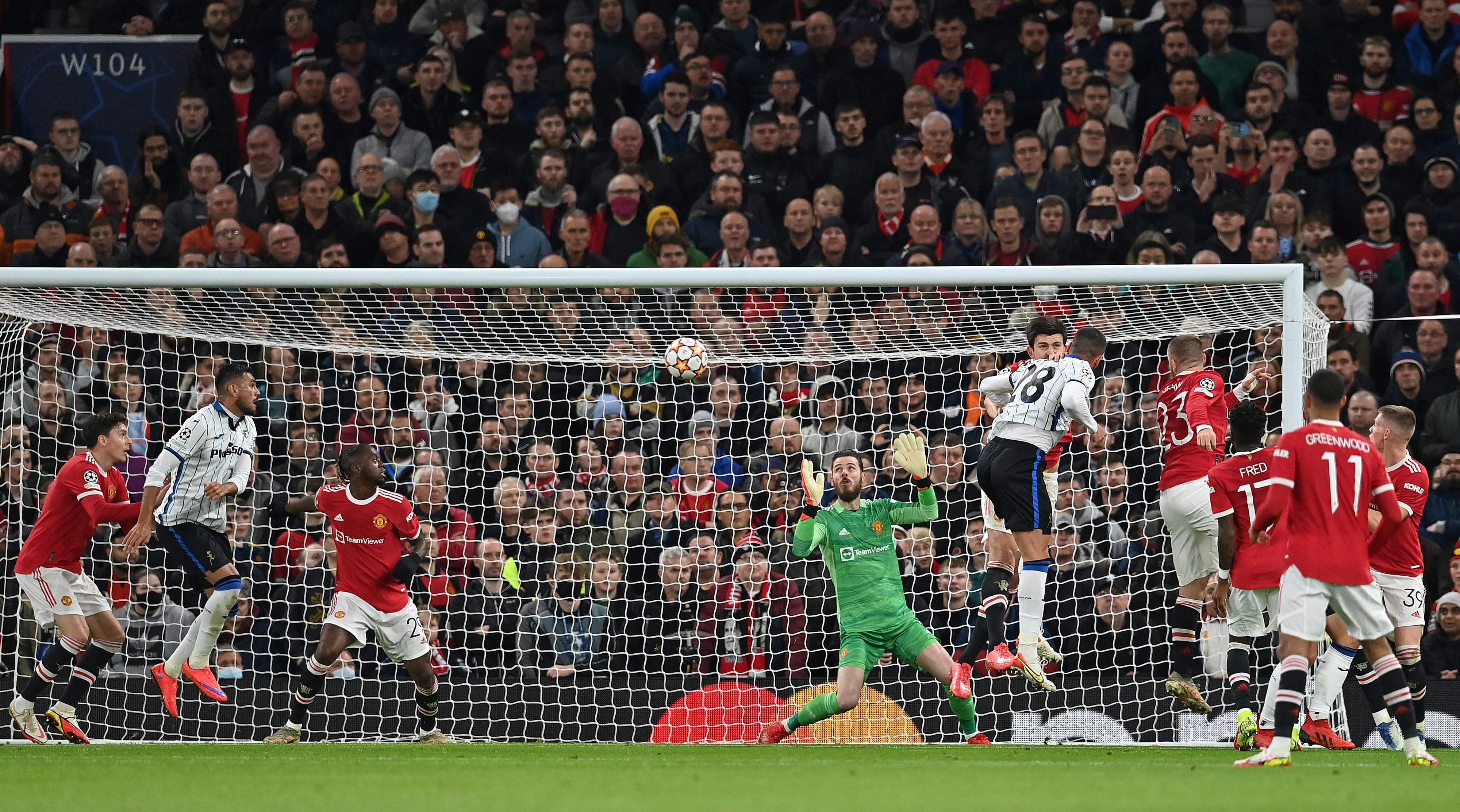 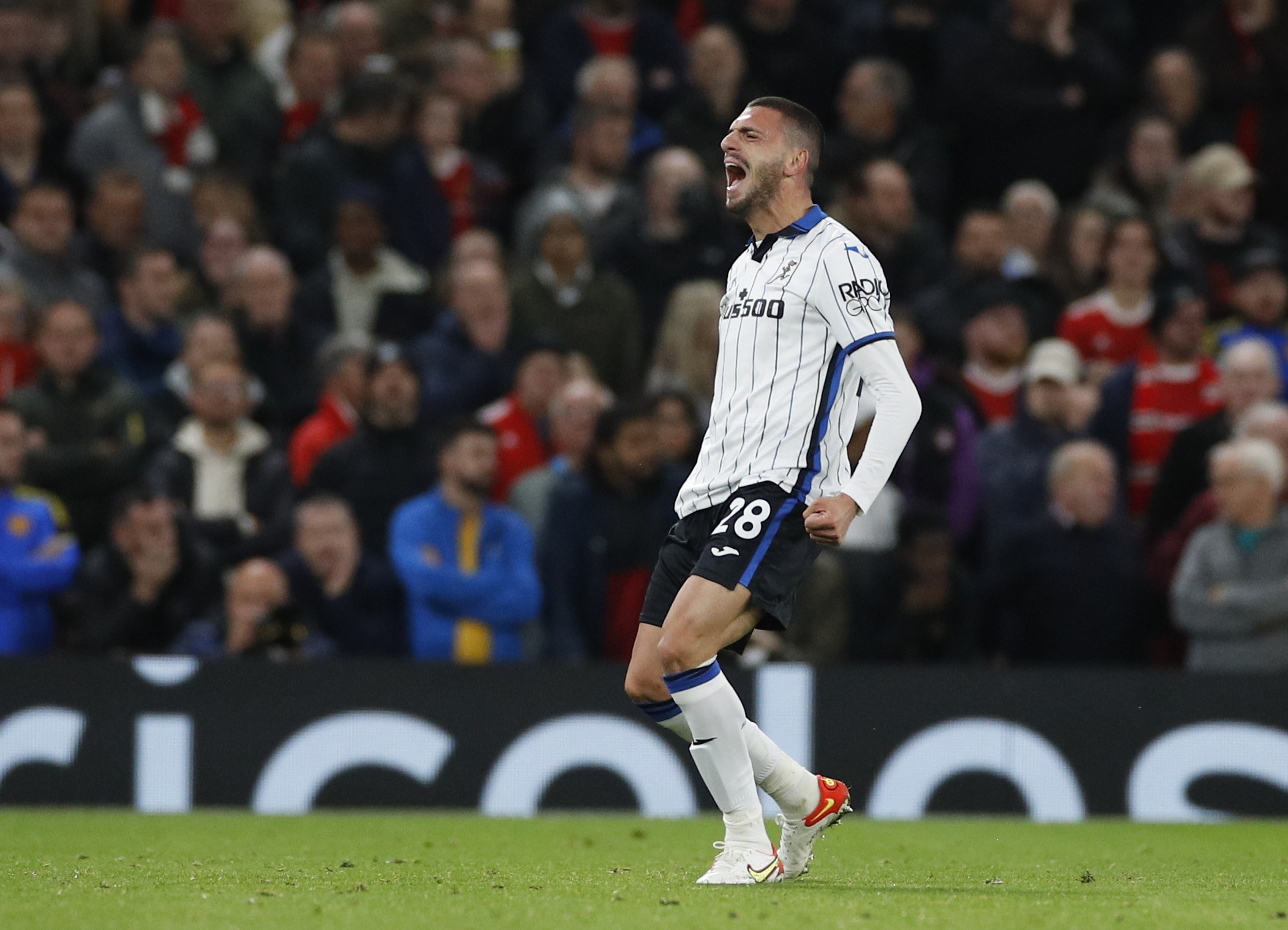 There was a lovely ghosting run and reverse pass from the old GOAT and a shot straight at Musso.

But on 28 minutes, it was 2-0 – United conceding from a set-piece for the fourth time in five matches.

Teun Koopmeiners swung in a corner from the right and Merih Demiral rose above Luke Shaw and Harry Maguire, to head inside the far post as David De Gea chose, wrongly, to stay on his line.

Demiral was hobbling but still managed to out-jump United’s defence. Soon he made a brilliant last-ditcher to rob Rashford and then hobbled some more.

You can beat Solskjaer’s United on one leg, it seemed.

United had been pretty much United – many moments of individual skill, creating plenty of short-lived buzzes around the old theatre – but a quite remarkable lack of basics.

There was a late flurry before half-time – Fred made a cutting angled run, then shot woefully wide with the onion bag begging for it.

Then Demiral, still hobbling, missed a through-ball in injury time, leaving Rashford clean through but the England man struck the crossbar.

Still, United were booed off by a sizeable section of the home support.

It did not feel as though all was lost, Atalanta had looked wobbly. 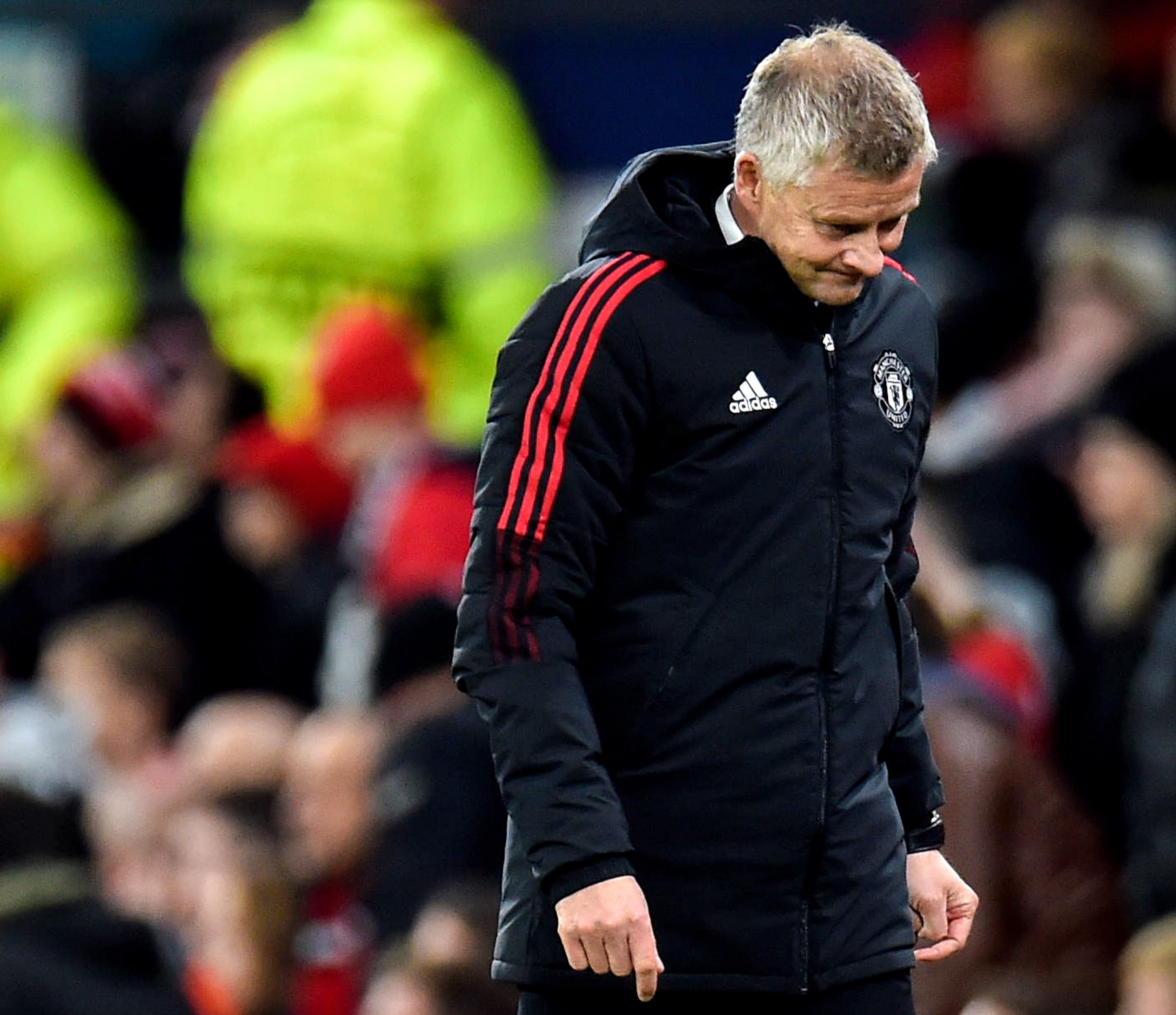 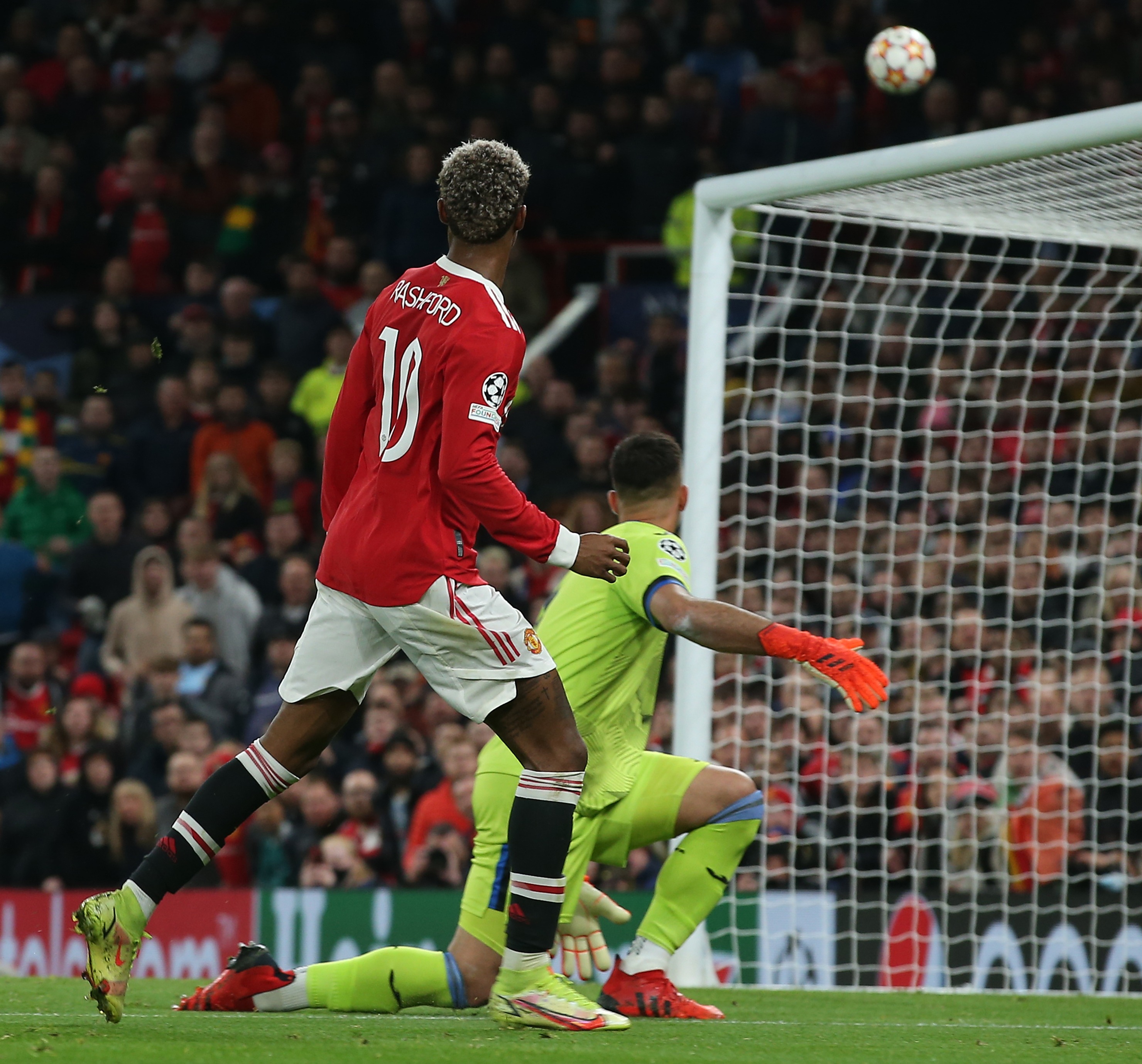 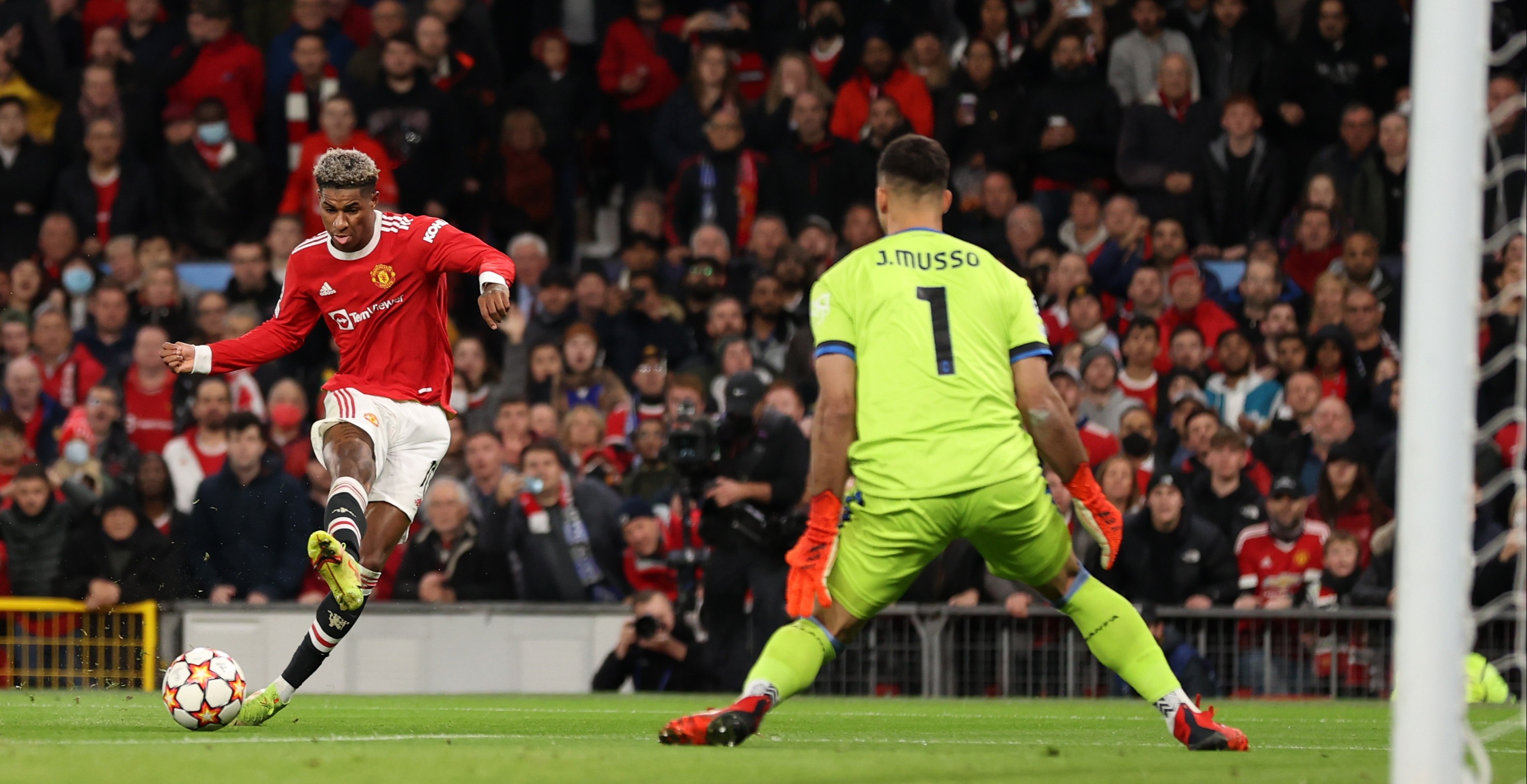 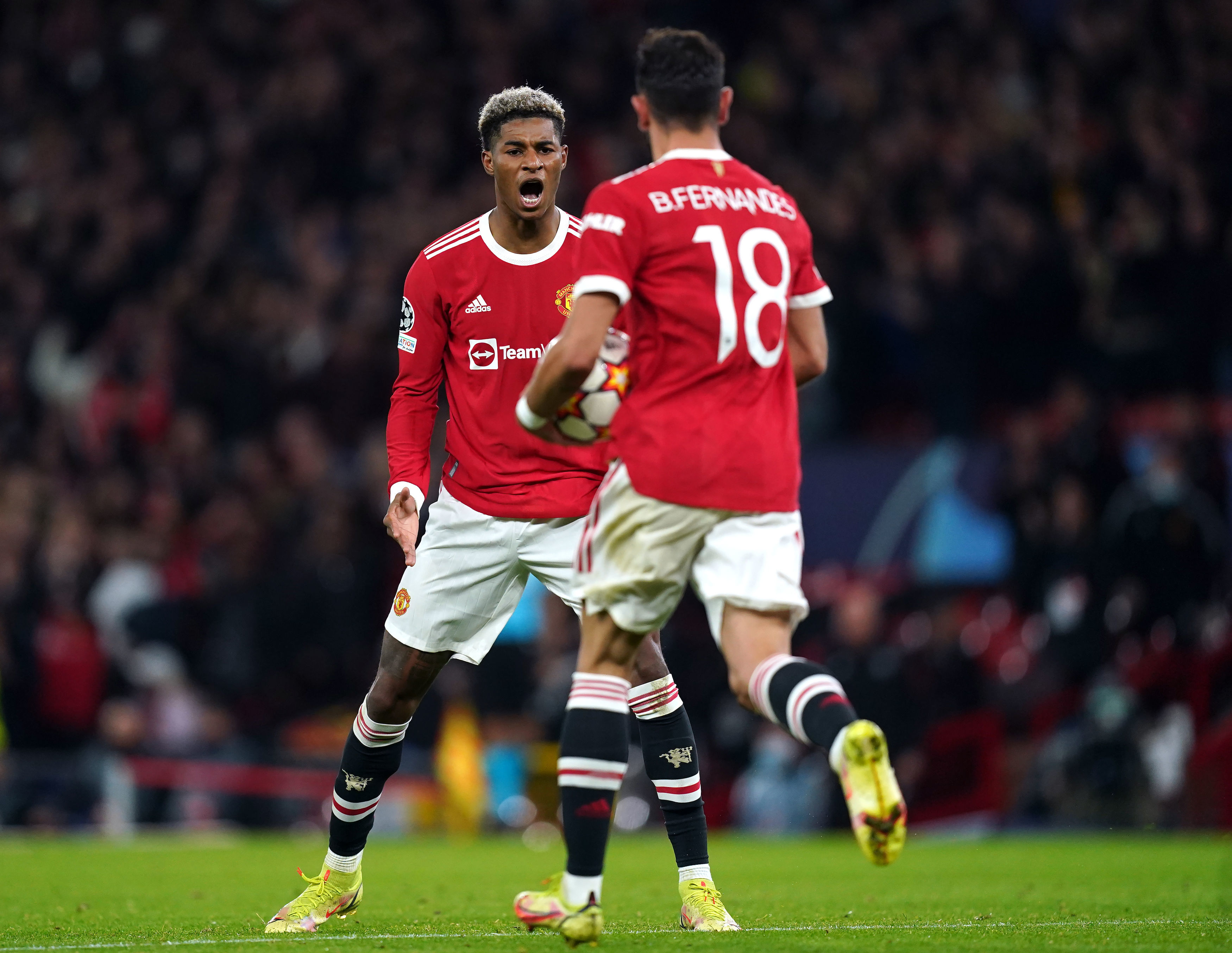 And soon after the break, Fernandes teed up Ronaldo with a diagonal pass but he shot too close to Musso, who parried and Rashford shot wide of the near post when he ought to have targeted the other side of the net.

Minutes later, Rashford did just that and United were back in the game.

Koopmeiners gifted possession to Fernandes, who conjured up an eye-candy reverse pass and Rashford finished inside the back stick.

The volume instantly cranked up to eleven and soon Matteo Lovato, on for Demiral, bundled over Ronaldo on the edge of the box and escaped with a yellow card.

That was the first of a spate of Atalanta bookings as United piled forward. Then Mason Greenwood crossed from the right and Scott McTominay hit the near post at point-blank range.

Midway through the half, Solskjaer sent for Pogba and Edinson Cavani, in place of Rashford and McTominay – then Sancho for Greenwood.

But De Gea was forced into a spectacular double save from Duvan Zapata and Ruslan Malinovskyi.

The equaliser arrived 15 minutes from time – a United corner only partially cleared and Maguire lurking unmarked at the back post to drill home from a Fernandes cross.

Then Shaw crossed deep and Ronaldo leapt high to thump home a header.

They always seem to pull something off when Solskjaer is at his most vulnerable.

Ronaldo should be able to keep those Thursday nights football-free. 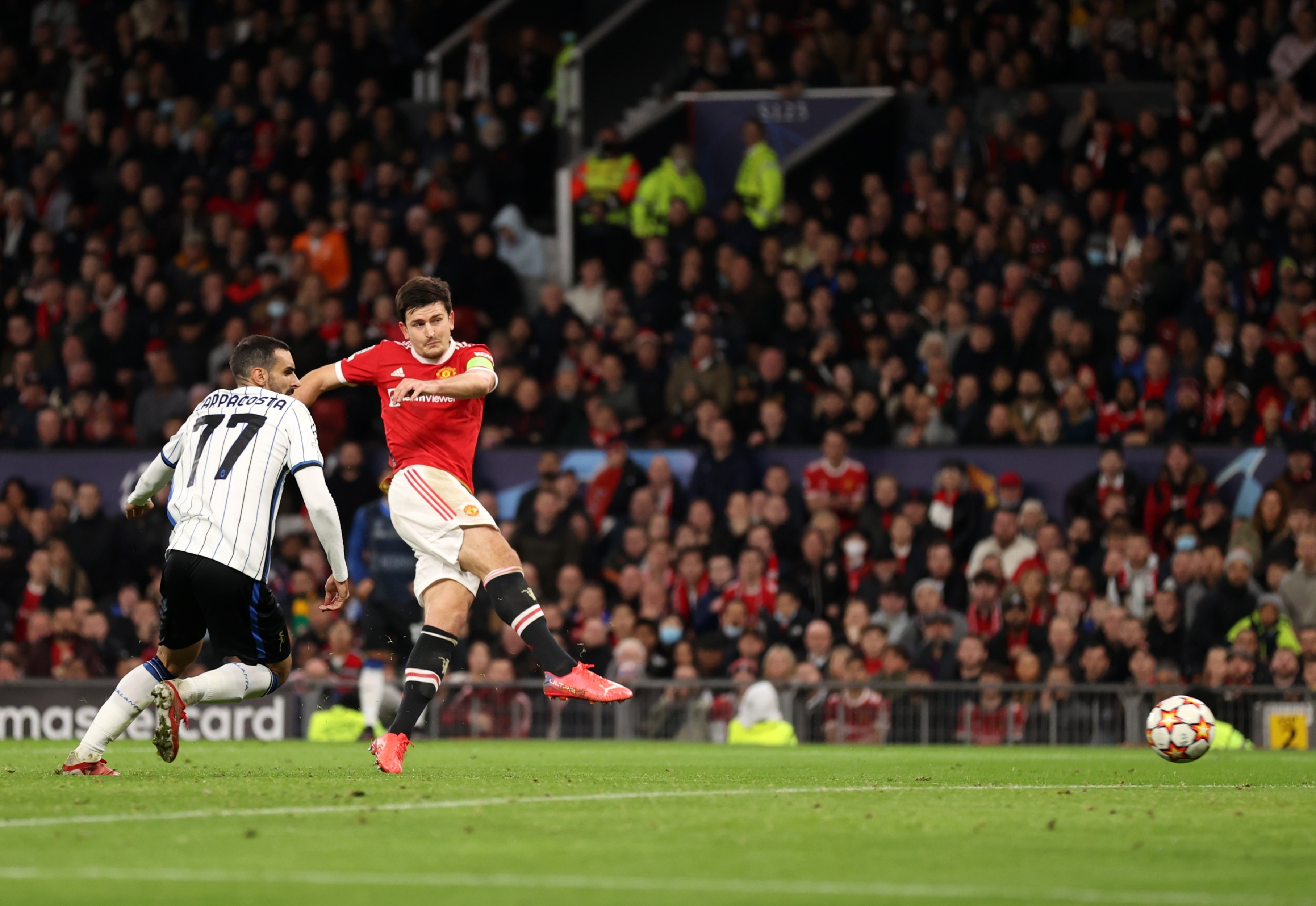 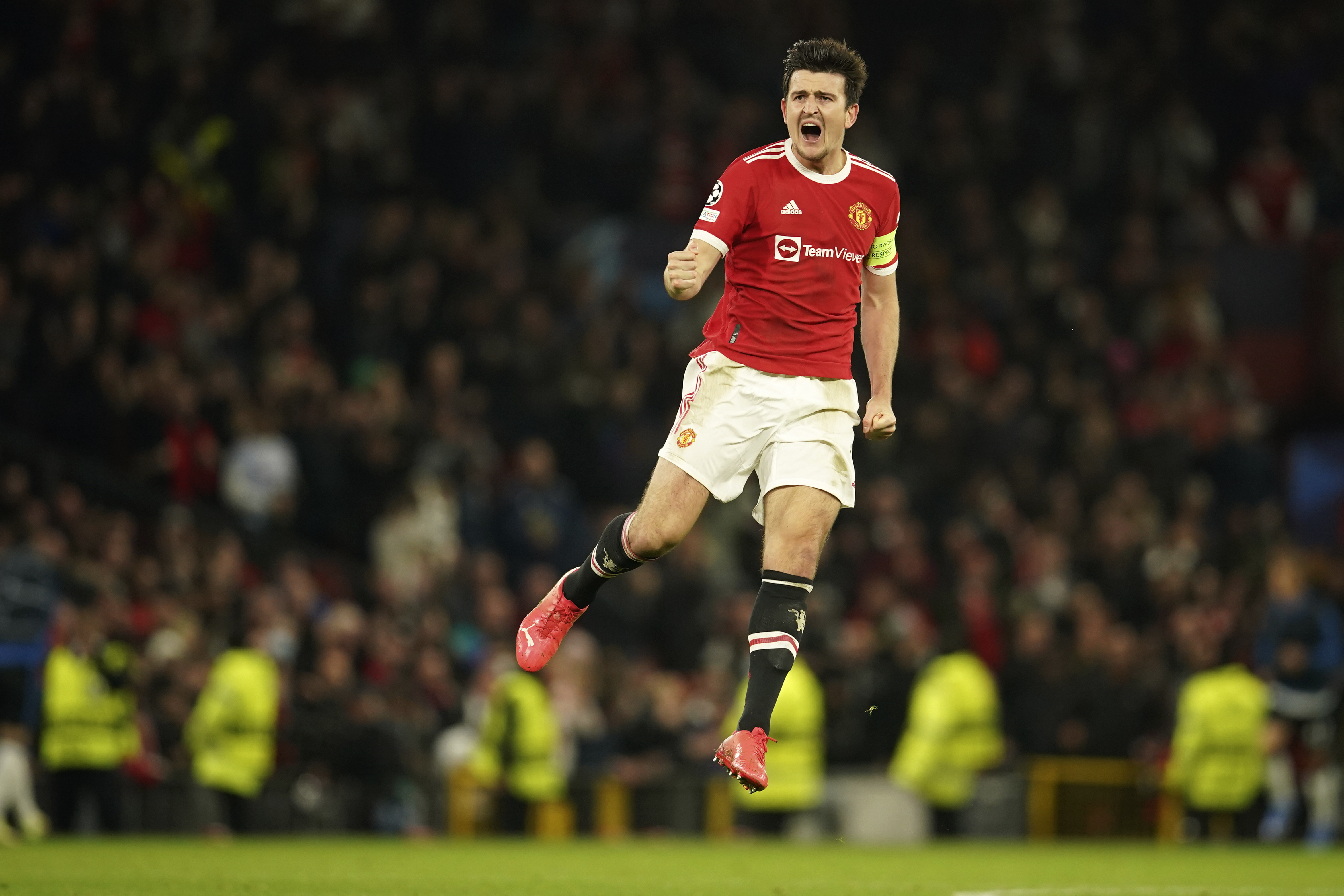