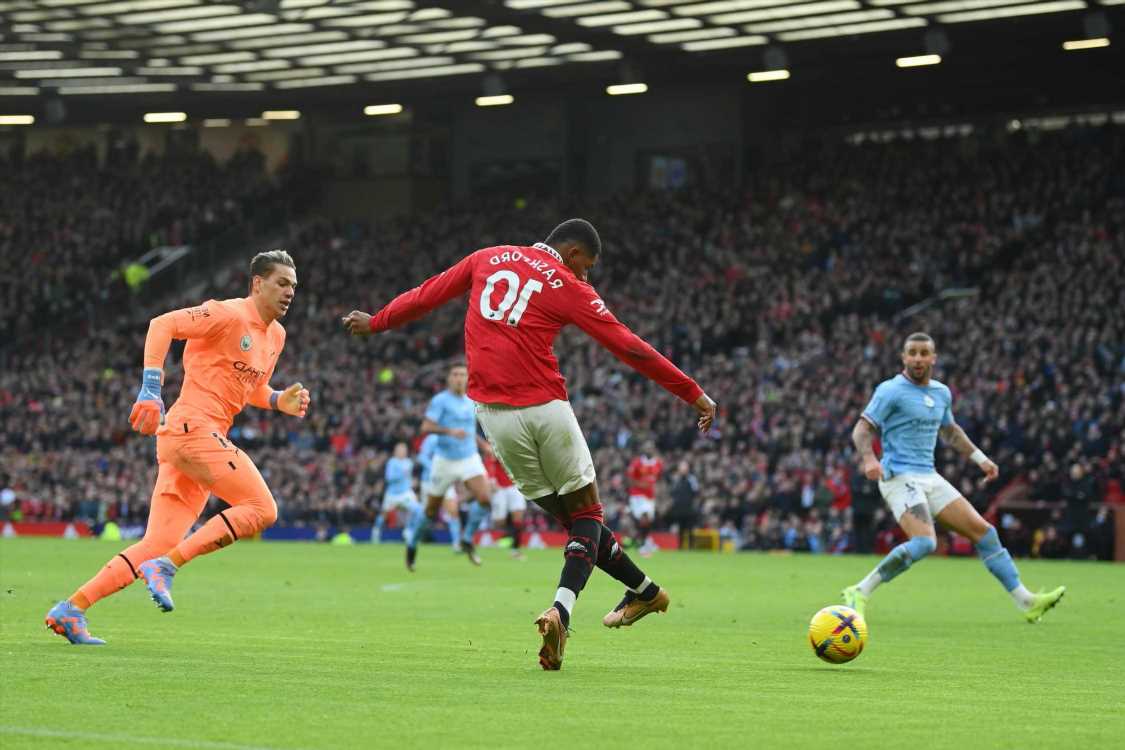 ERLING HAALAND and Marcus Rashford both start as Manchester United host Man City in Premier League action and the match is UNDERWAY!

Rashford has had the best chance of the game, picking up the ball before firing a shot past Ederson, however, Kyle Walker was on hand to clear off the line.

And despite an injury scare, Rashford remained on the pitch at half-time, with Anthony Martial replaced by Antony.

Follow all the action with our live blog below…