The Portuguese winger's cross hit Trent Alexander-Arnold on the arm in Liverpool's penalty area, no penalty was given and moments later Fabinho rifled in the opener at the other end. 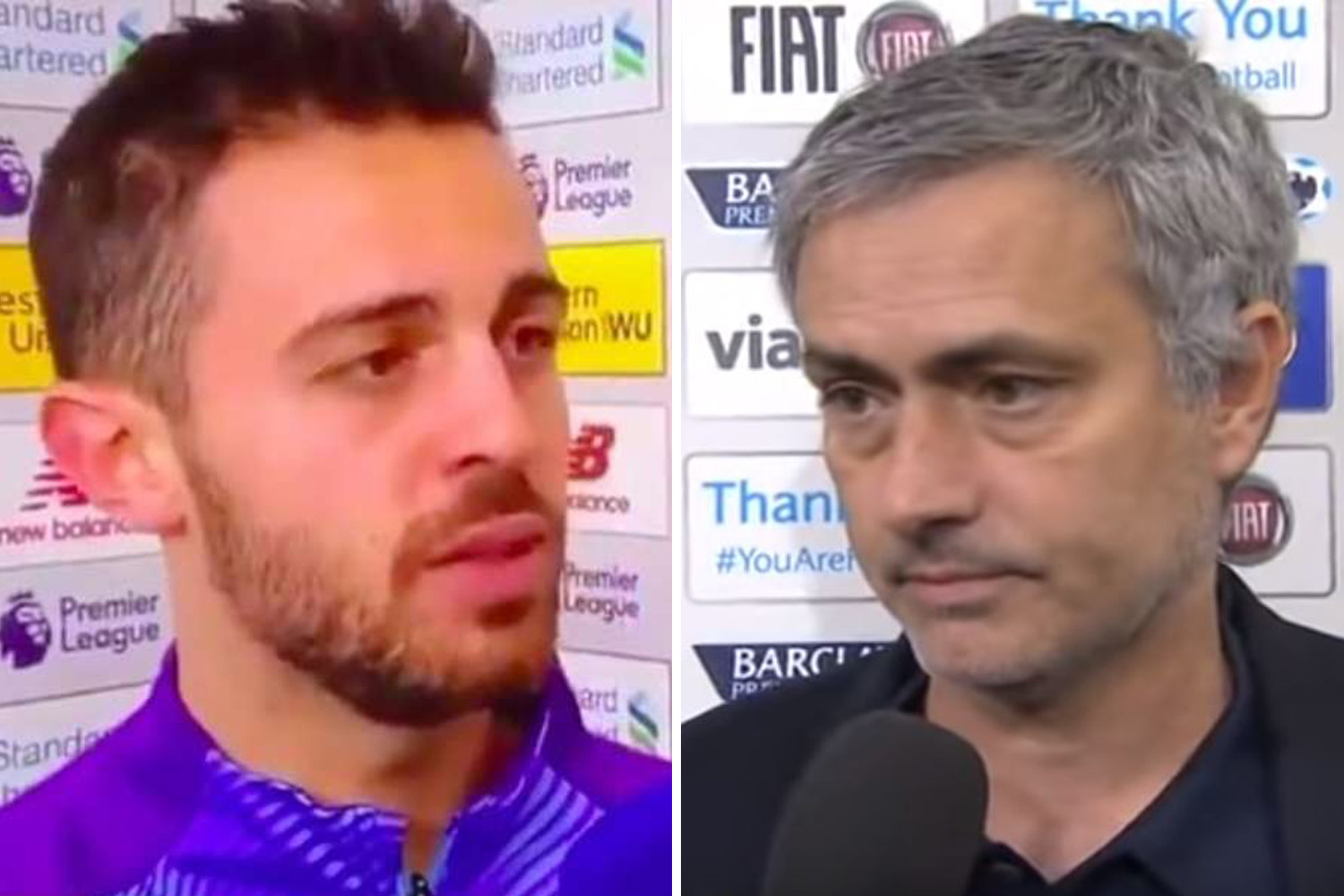 There was uproar as VAR failed to overturn the original decision and when asked about it on TV after, Bernardo was quick to bat the question away.

Asked by Sky Sports reporter Geoff Shreeves if he had had a chance to see the incident again, Bernardo said: "If I speak, I will be in trouble. I don't want to speak."

Although he was clearly disappointed by the result, fans online were quick to make comparisons between Bernardo's response and that of his fellow countryman.

After Chelsea controversially lost 1-0 to Aston Villa in 2014, The Special One was asked to comment on the game but he refused to speak.

Asked once again by Sky for his thoughts on the two red cards received by Willian and Ramires during the game, Mourinho said: "I prefer not to speak or I am in big trouble.

"I will be accused of bringing the game into disrepute and I don't want to do that."

Goals from Fabinho and Mo Salah inside 15 minutes gave Liverpool the perfect start in what many were calling the title decider on Sunday afternoon.

And when Sadio Mane's header put the hosts 3-0 up early in the second half, the game appeared beyond City.

Silva managed a consolation goal for his team soon after but it was too little too late.

Liverpool move eight points clear at the top of the Premier League with the win and nine clear of City.