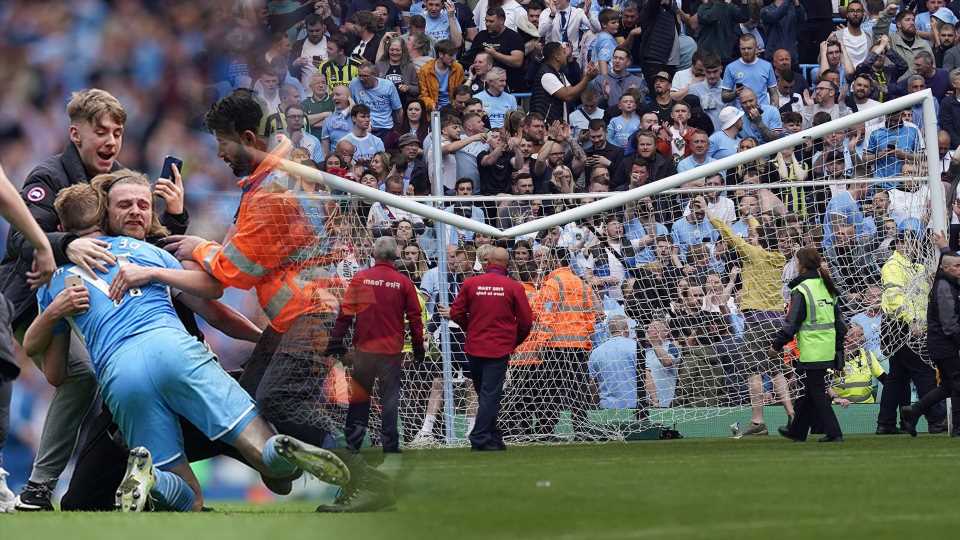 The Citizens came from 2-0 down to win 3-2 against Aston Villa at the Etihad. 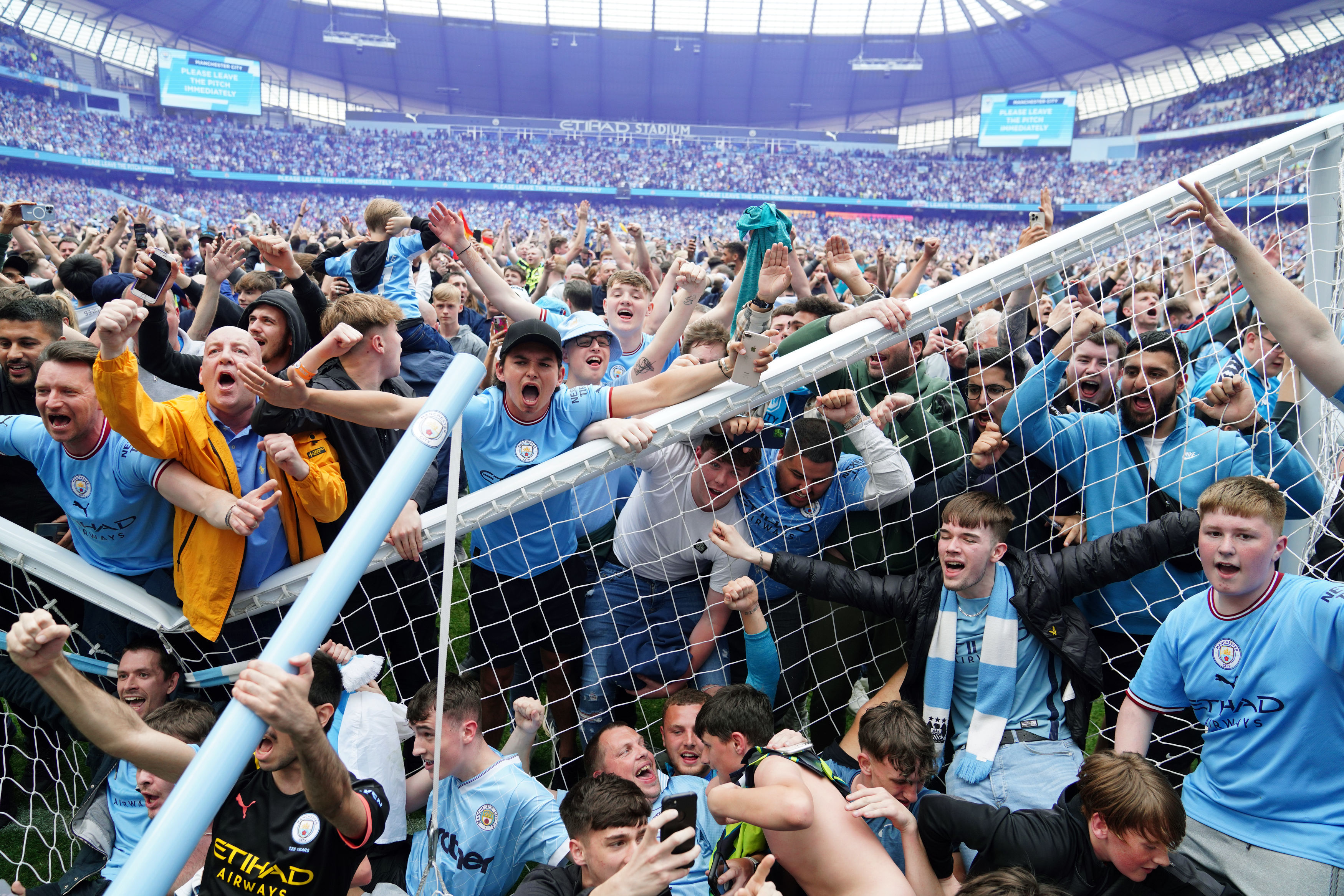 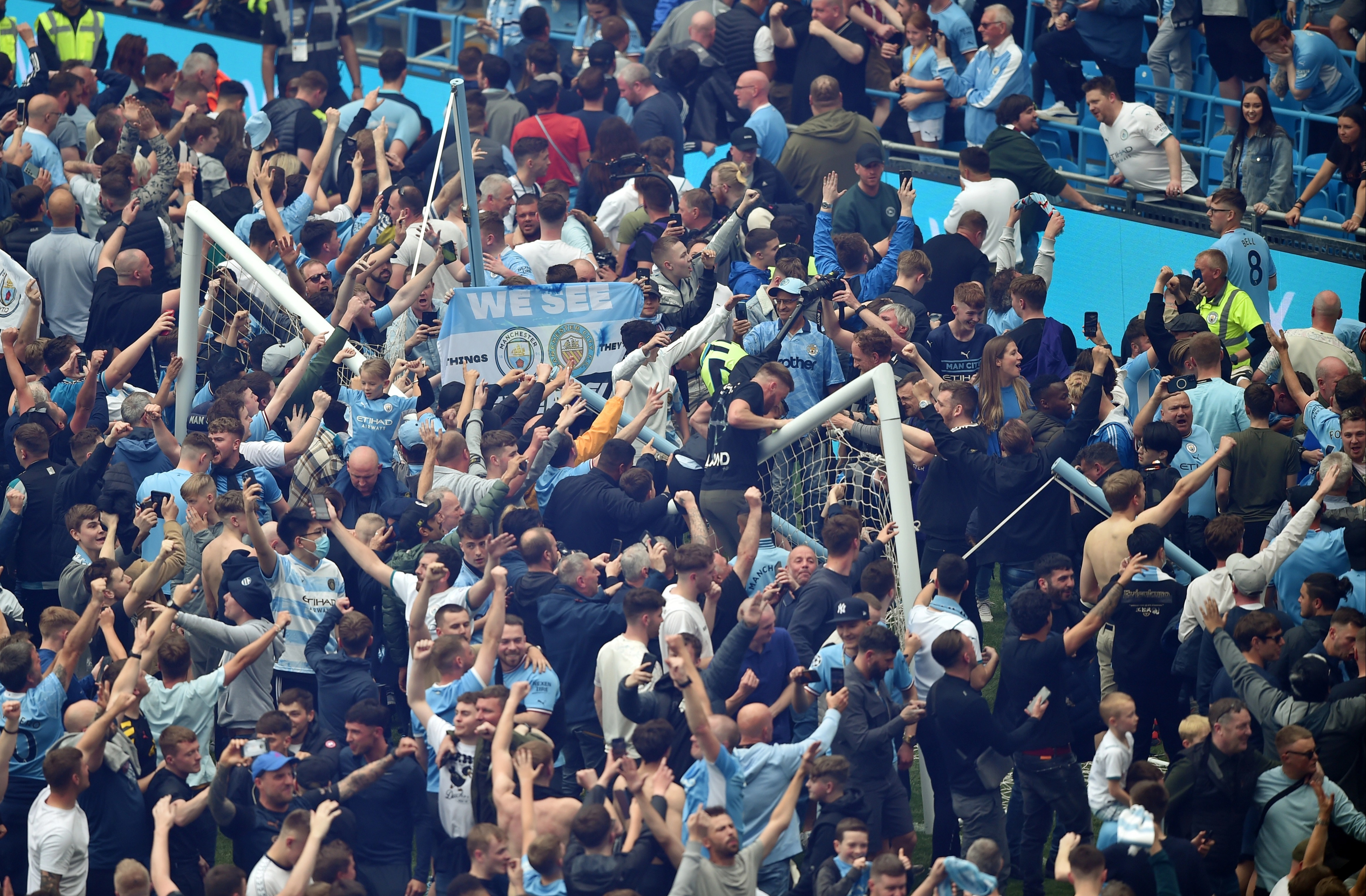 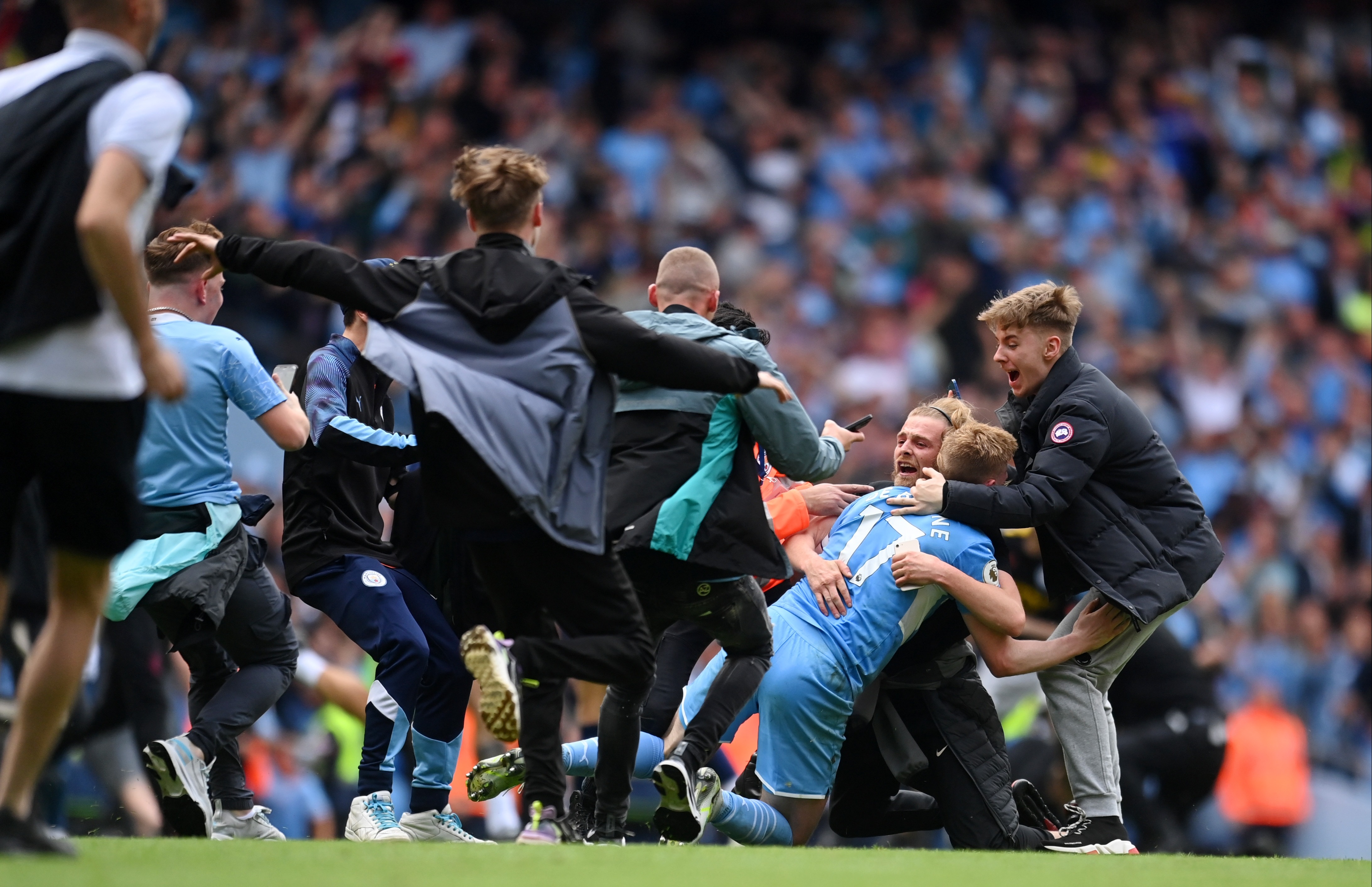 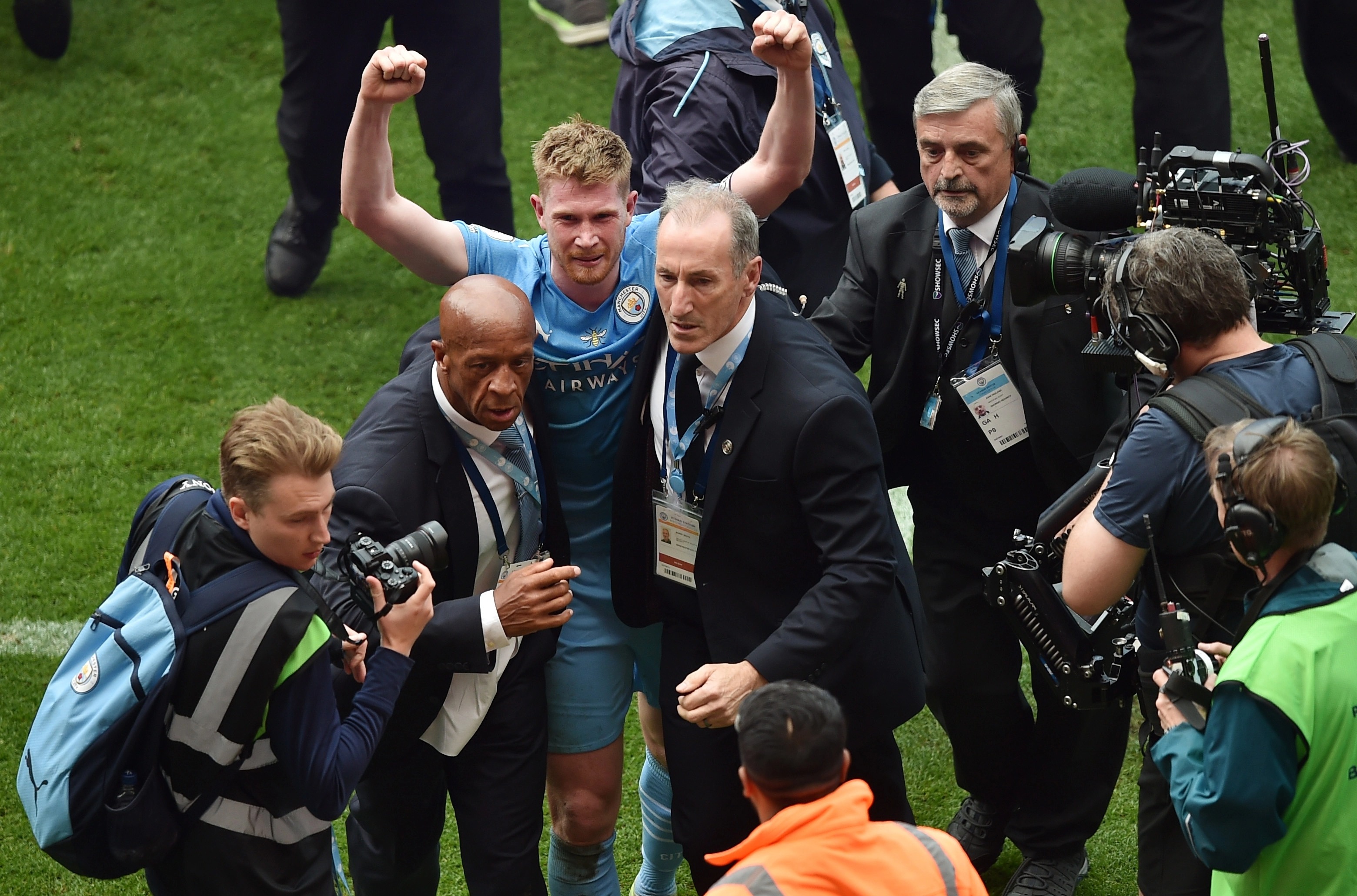 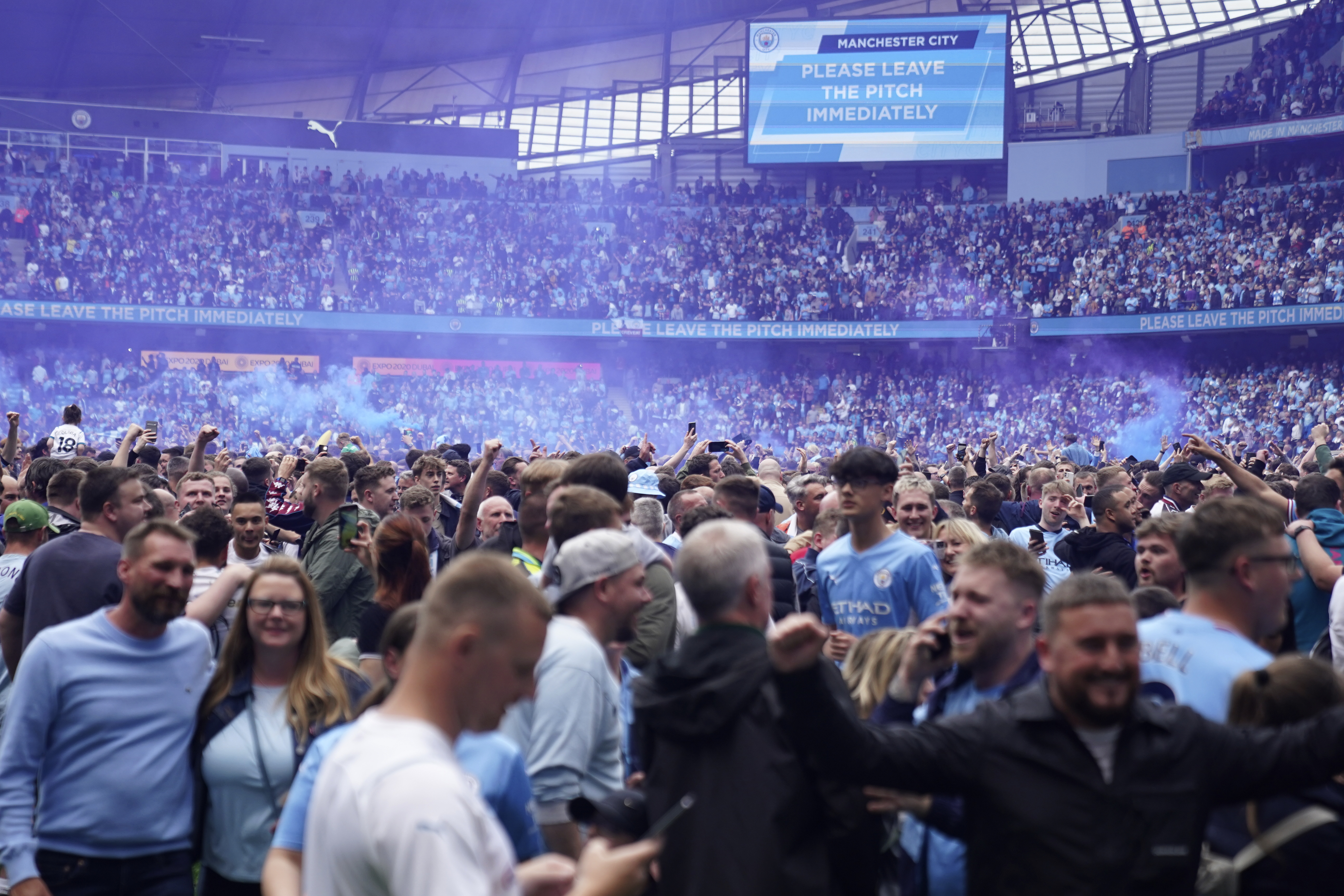 Ilkay Gundogan struck twice either side of Rodri's equaliser in a six-minute blitz.

And that was enough to pip Liverpool and be crowned champions.

But before the City players could even head down the tunnel before coming back out to lift the trophy, thousands of home supporters sprinted on to the field at the full-time whistle.

Some even climbed on the goalposts – breaking them in half.

Talisman Kevin de Bruyne was immediately surrounded by stewards who battled through the crowd to marshal the Premier League Player of the Year to safety.

The person on the tannoy desperately pleaded for the fans to clear the pitch and stay off.

English football this week has been marred by a series of unsavoury scenes, culminating in Crystal Palace kicking out at an Everton fan who abused him after the Toffees guaranteed safety.

Gerrard said: "We're going to see how he is now, but I think you should ask Pep and Man City those questions."

But the City fans refused to move for a while as they celebrated the incredible finale.

That included lifting an inflatable trophy – minutes before the players got their medals and Fernandinho held the real thing aloft.

Liverpool's agents Steven and Philippe threatened to ruin the party in Manchester.

Matty Cash put Aston Villa in front at half-time and Philippe Coutinho added a second after the break.

But the champions proved they are made of steel by fighting back in superb fashion and securing a sixth Premier League crown – and fourth in five years. 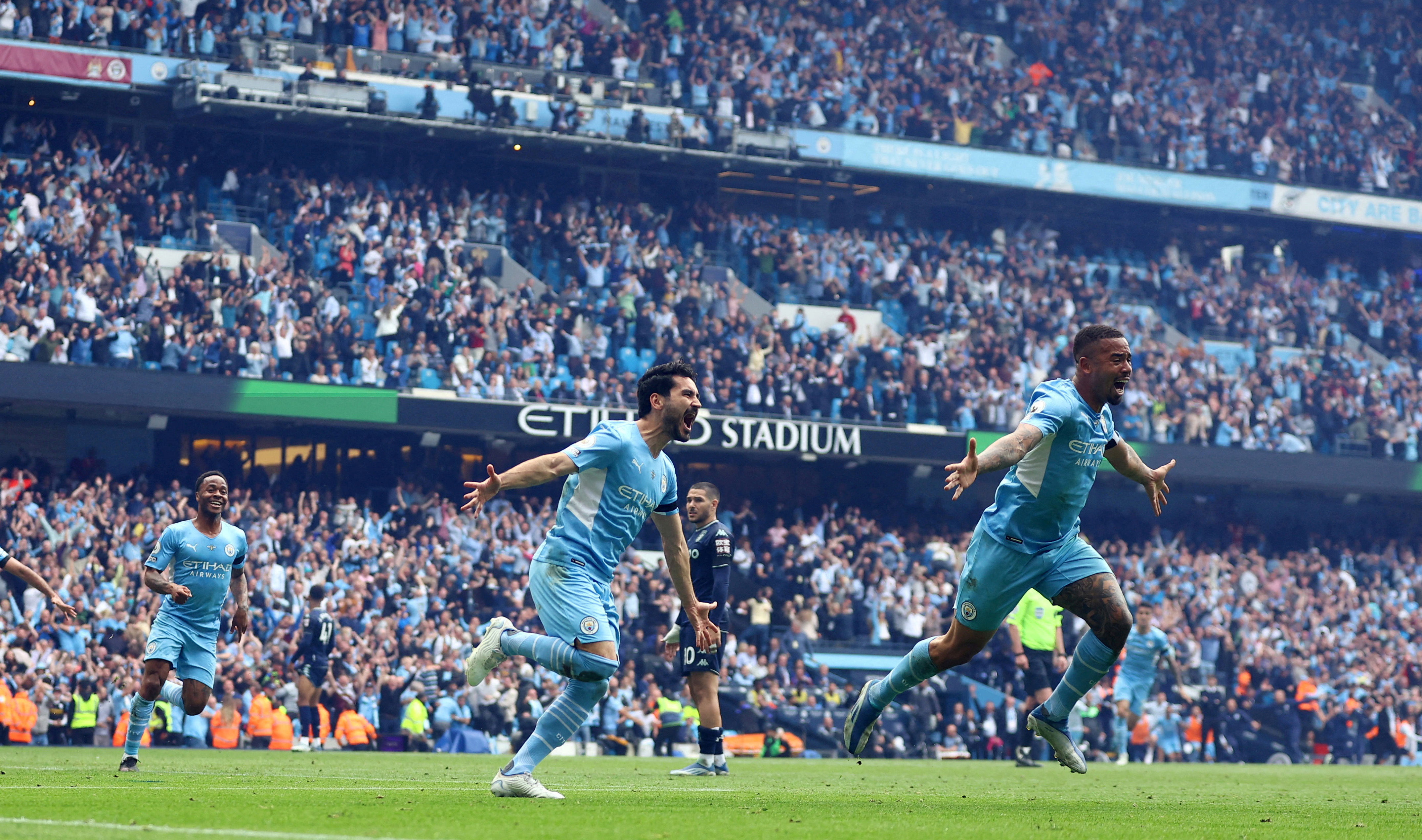