SERGIO AGUERO thought he had spared Manchester City's blushes with his late brace, but Roy Hodgson's stubborn Palace side struck back at the death to seal a hard-earned point at the Etihad.

January loan signing Cenk Tosun had given the Eagles a first half lead on his first start for the club. 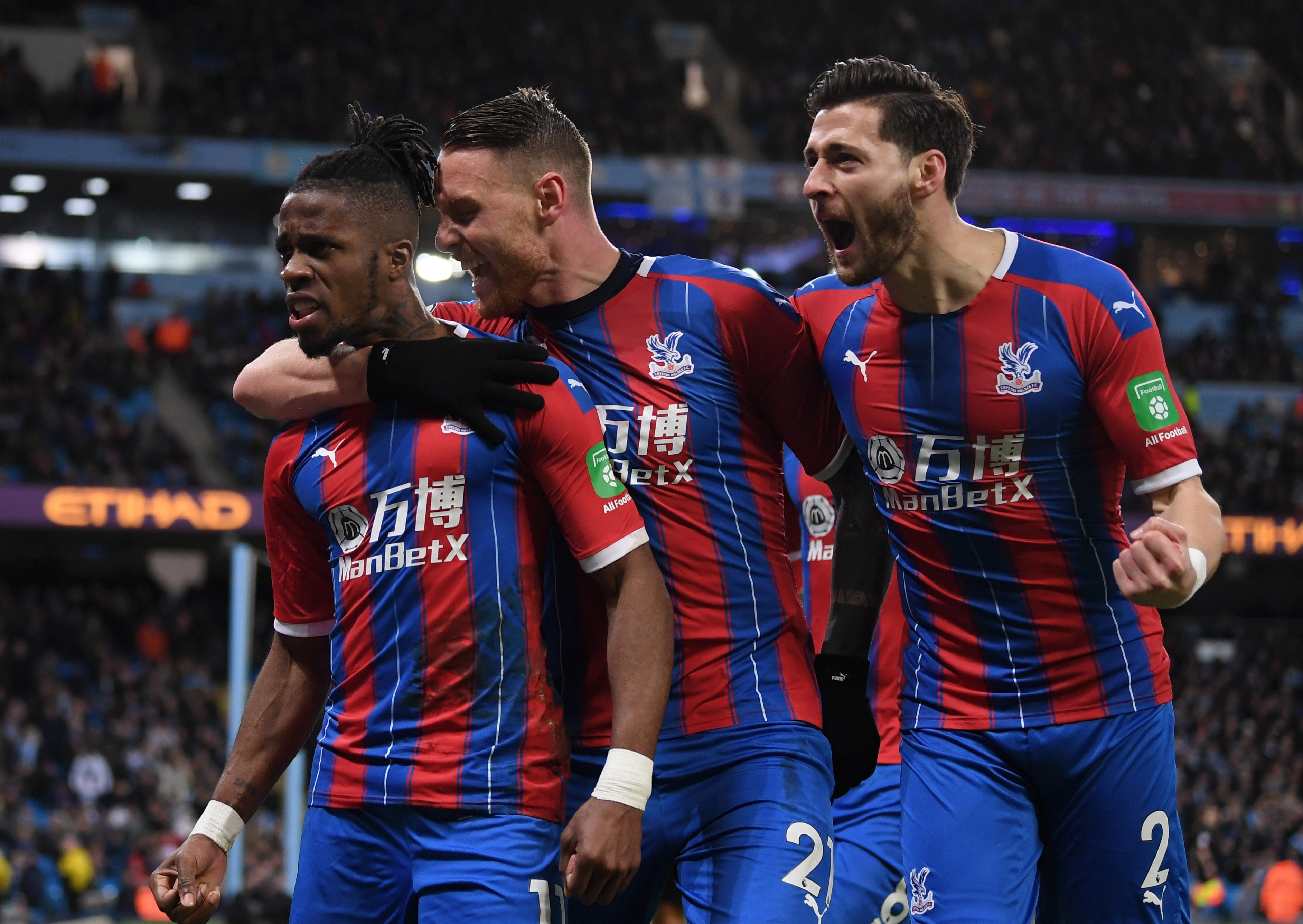 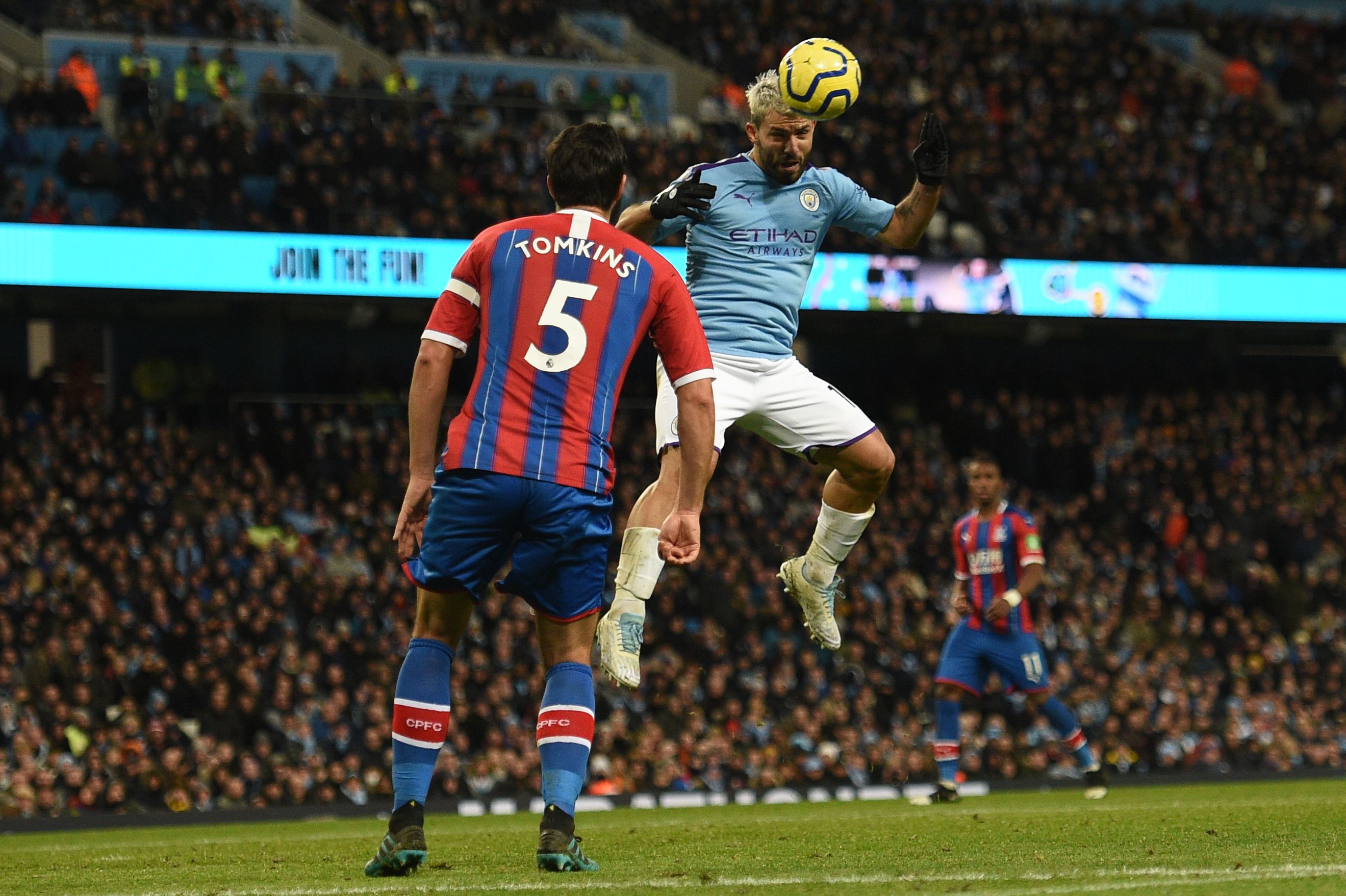 The 28-year-old, borrowed from Everton, produced a smart header to finish past the helpless Ederson after Gary Cahill had won the initial header from a rare Palace corner five minutes before half time.

City huffed and puffed, but struggled to get past the last-ditch resistance of their dogged opponents.

Pep Guardiola thought his side had been awarded a penalty with 20 minutes to go when the ball struck Jairo Riedewald's arm.

But after consulting the VAR, the officials deemed the offence to be accidental, much to the ire of the home support.

As so often before though, Aguero made himself City's hero. The equaliser came on 82 minutes, when the diminutive Argentine poked home his 250th goal for the club from substitute Gabriel Jesus' cross.

And the 31-year-old was at it again five minutes later, converting to give City the lead going into the dying moments.

But there was time for one last sting in the tale, with Fernandinho turning into his own net in stoppage time after good work from Wilfried Zaha. 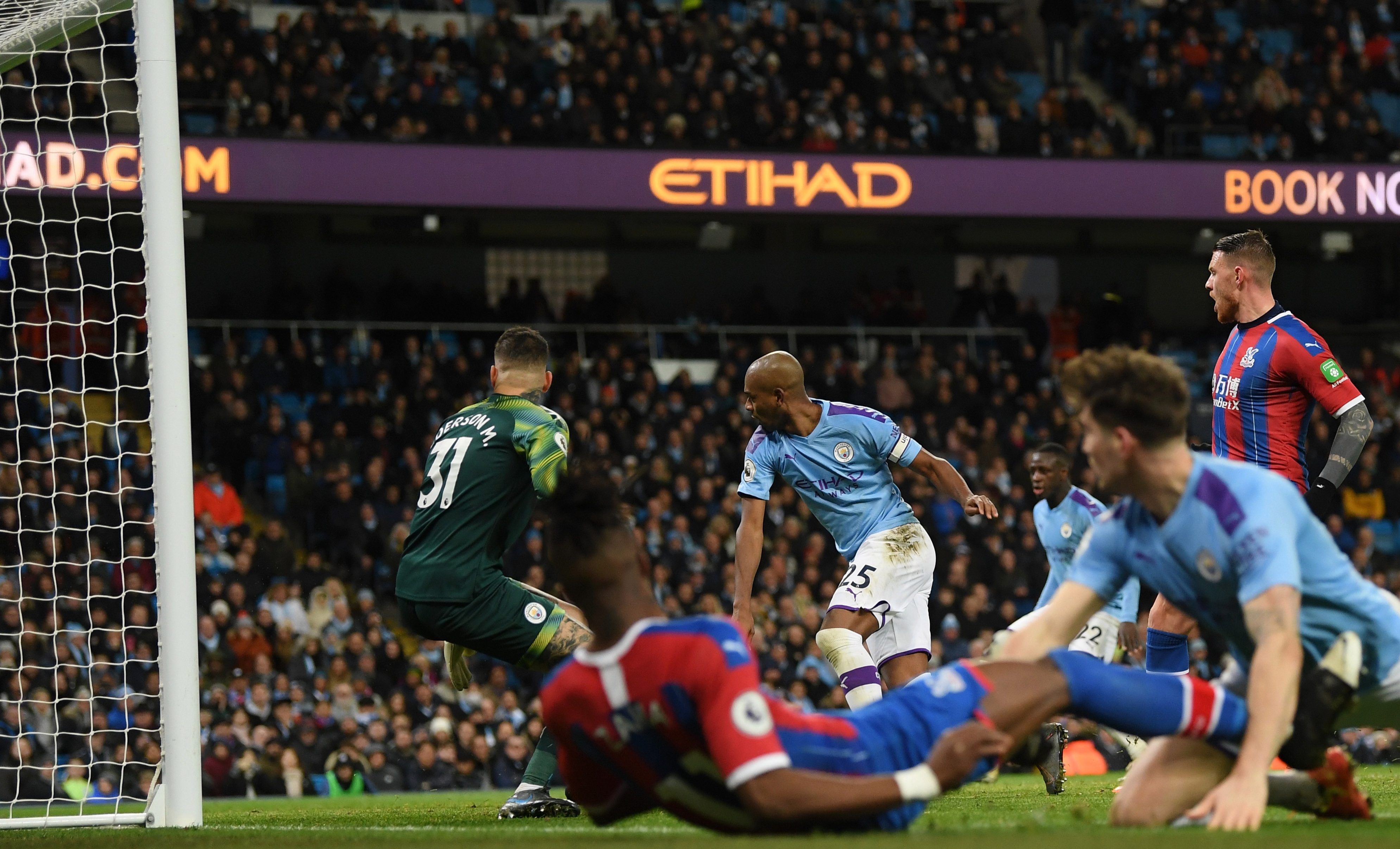