LUIS SUAREZ's son may only be six months old but he is already following in his father's footsteps… or bitemarks.

Little Lautaro was spotted trying to BITE his dad on the shoulder in a comical repeat of Suarez Sr's famous antics. 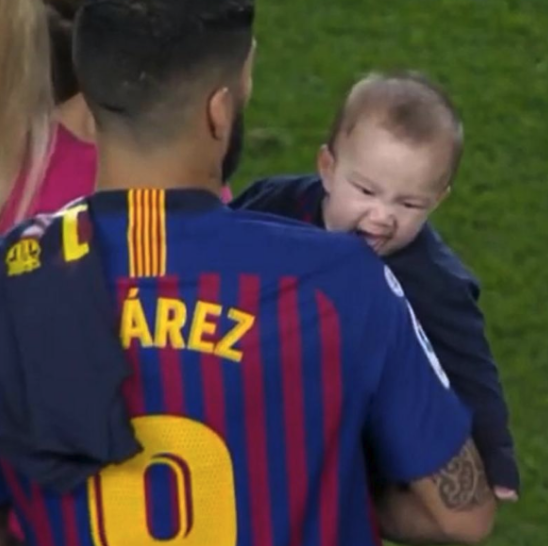 The Barcelona striker, 32, was celebrating with his kids after the Spanish giants wrapped up their 26th La Liga title last night.

Lionel Messi grabbed the only goal of the game as they beat Levante to mathematically confirm the inevitable.

But then Mini Suarez got in on the act – as this perfectly-timed photo makes it seem with his angry expression.

While he may only have been born a few months ago, he is clearly picking up some of his dad's bad habits.

It looks like the baby hilariously tried to take a chunk out of Suarez's shoulder while being carried around the Nou Camp pitch – just as his old man did to Giorgio Chiellini five years ago.

During the World Cup in 2014, the Uruguayan decided to bite the Italian defender in an off-the-ball incident.

While it was missed the match officials, Fifa slapped him with a four-month ban from all footballing activity and ruled him out of nine international matches.

But it was not the first time Suarez tried to get his teeth into his opponents.

In 2010, while still at Ajax, he bit PSV's Otman Bakkal on the shoulder and was banned for two matches.

This time he sunk his gnashers into the Serb's arm and – while the referees did not see it – he was given a ten-match suspension by the FA.

Let's just hope Lautaro is learning to use his feet just like Luis as much as his teeth. 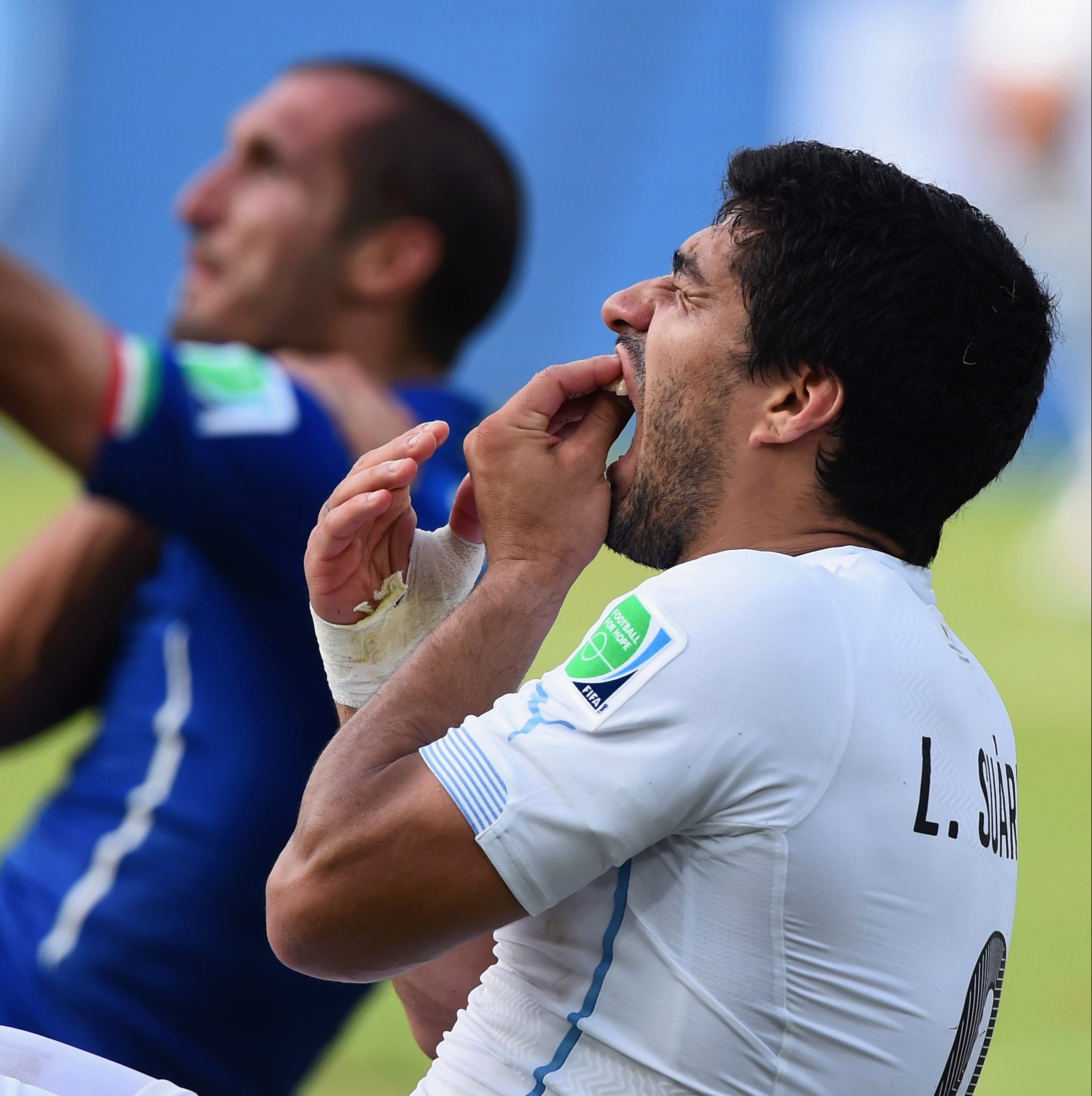 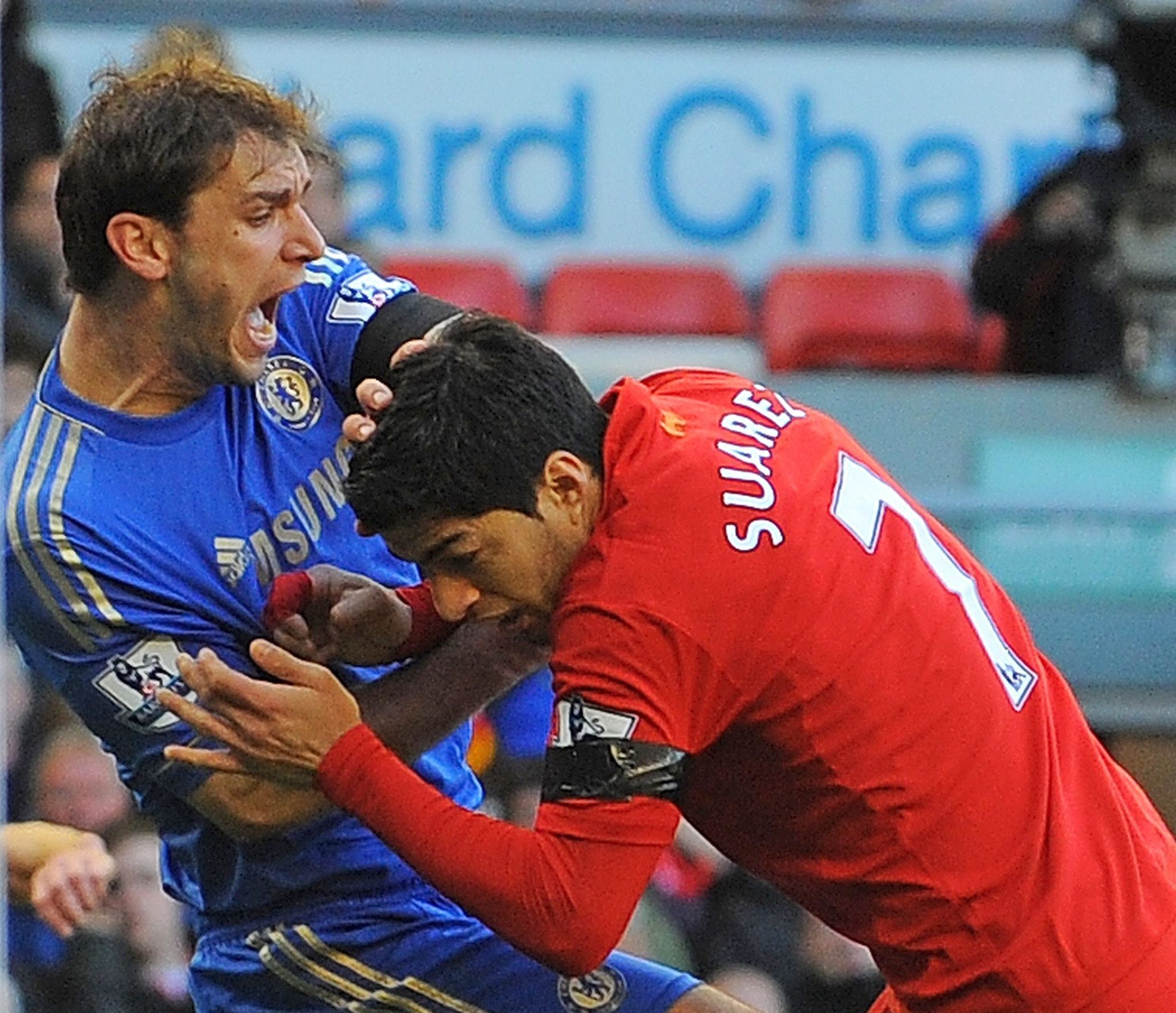