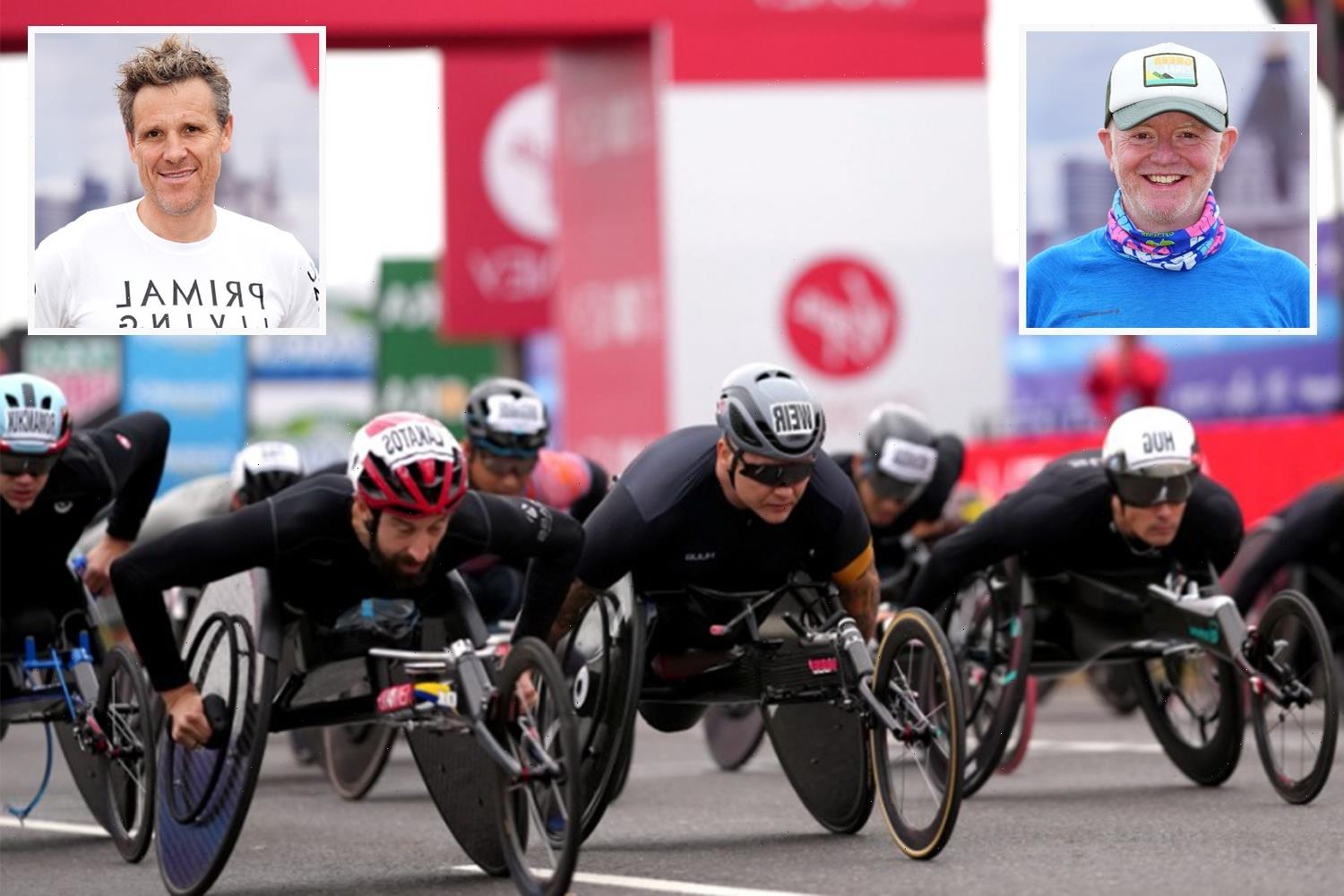 EAGER runners have arrived bouncing with energy for the start of the London Marathon 2021.

Some 40,000 runners are taking to the streets to test their physical endurance – and raise money for charity – for the first time in 889 days. 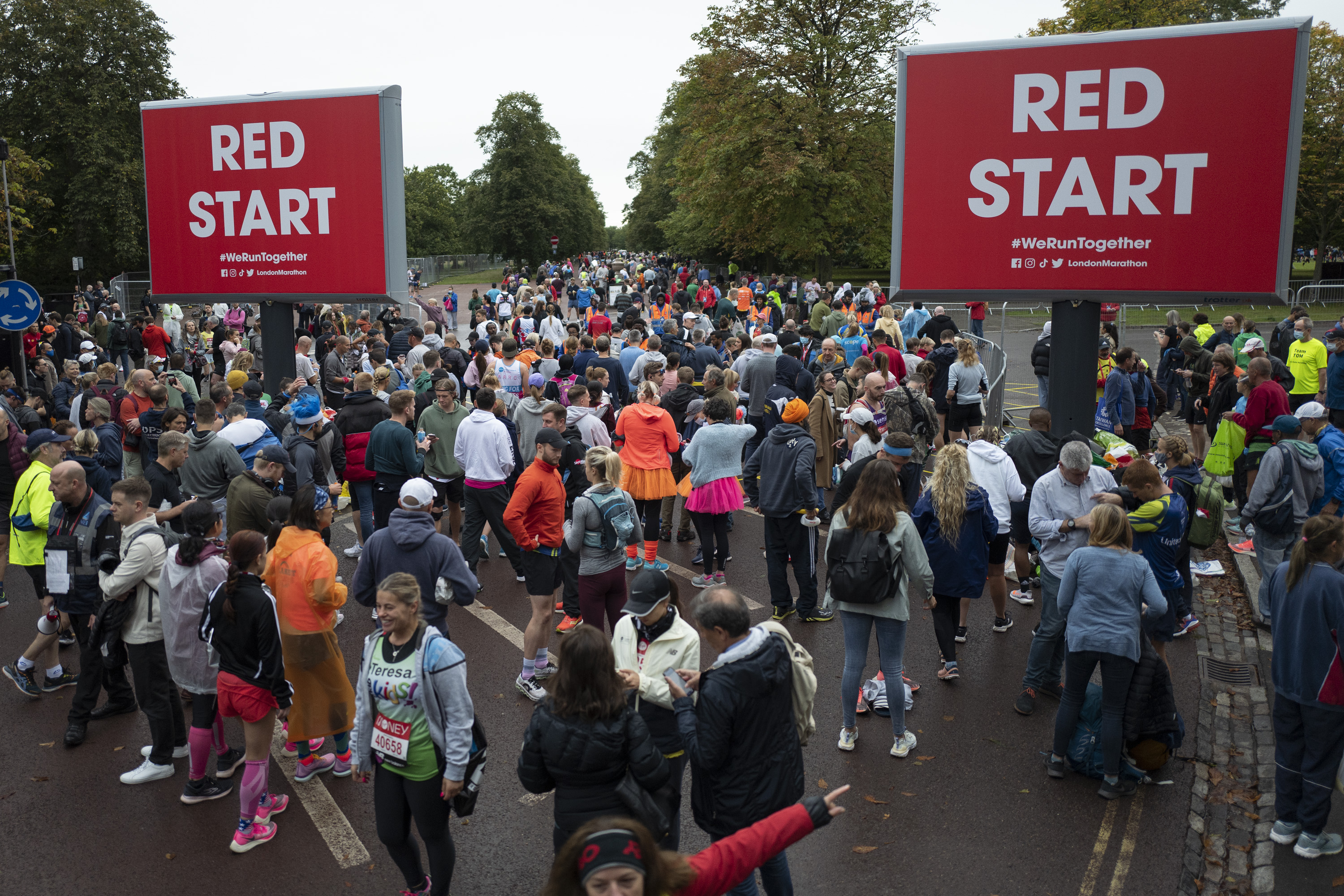 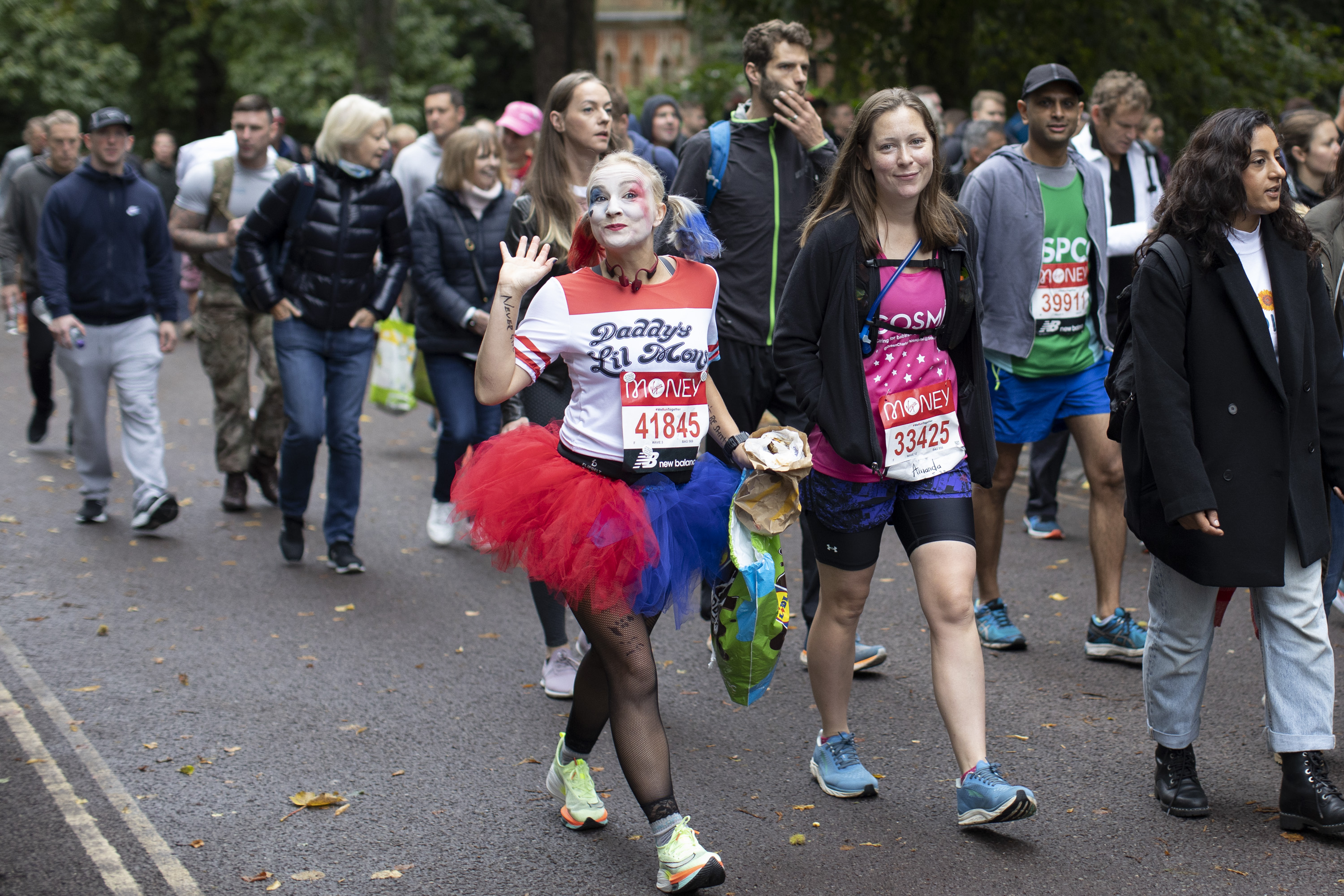 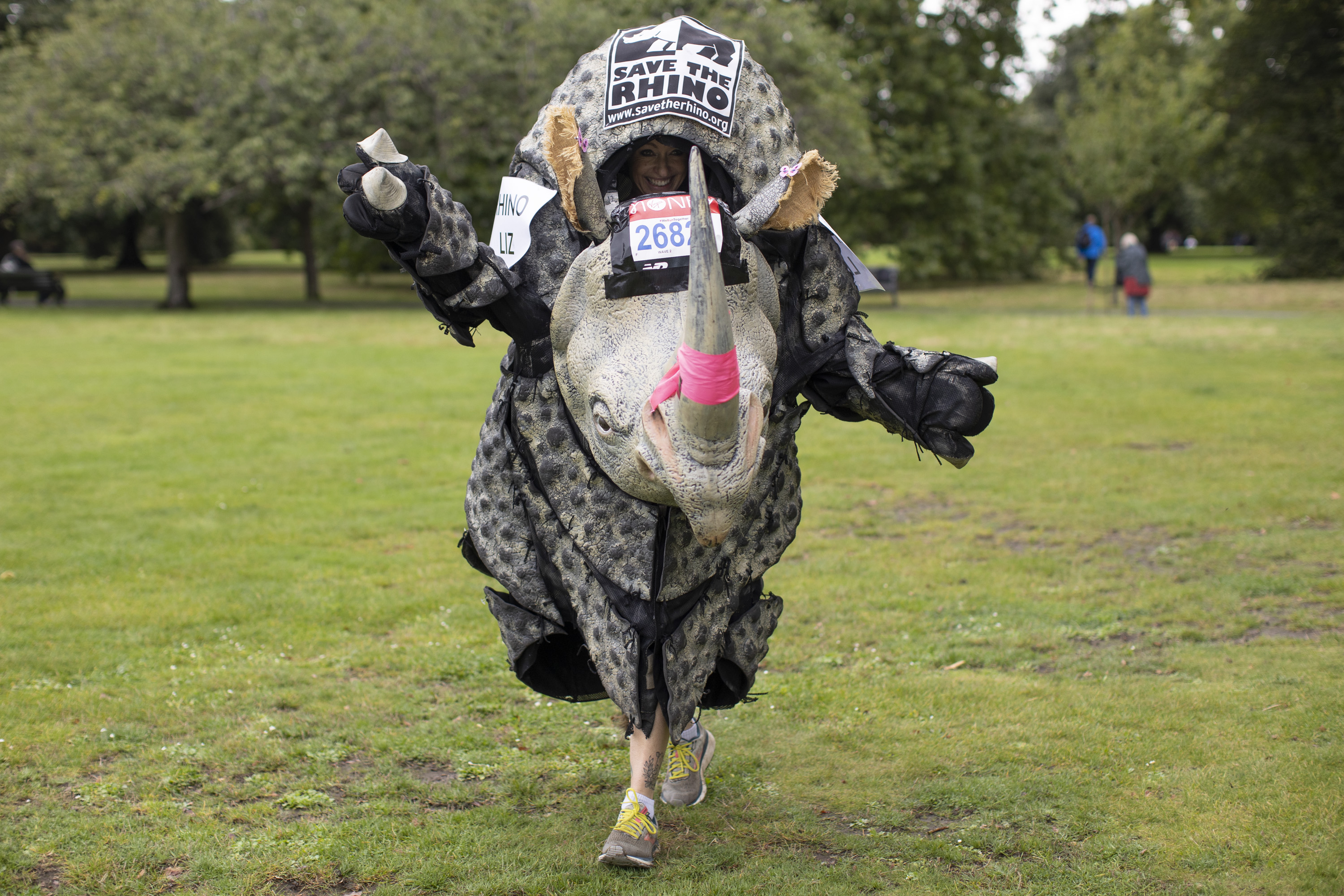 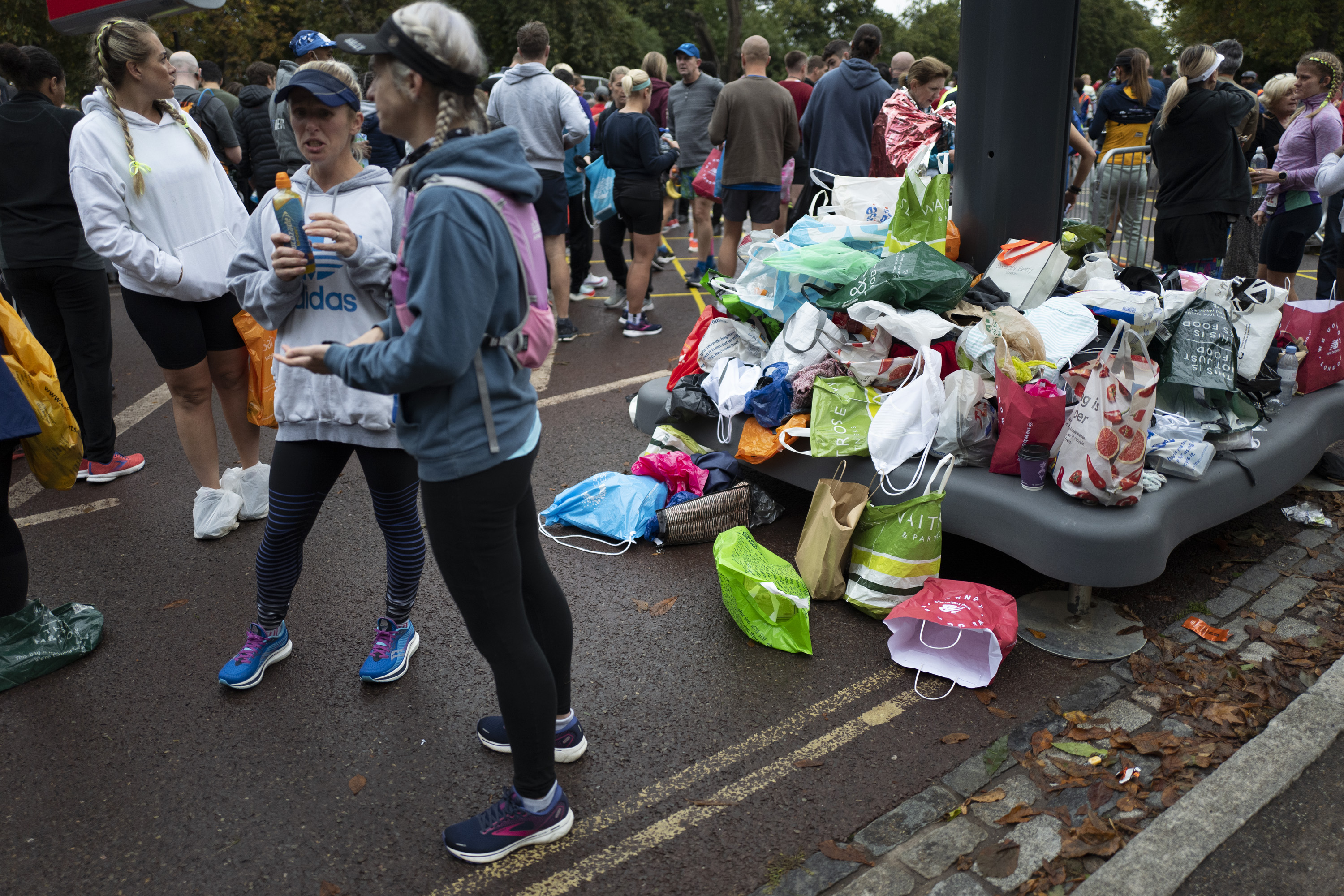 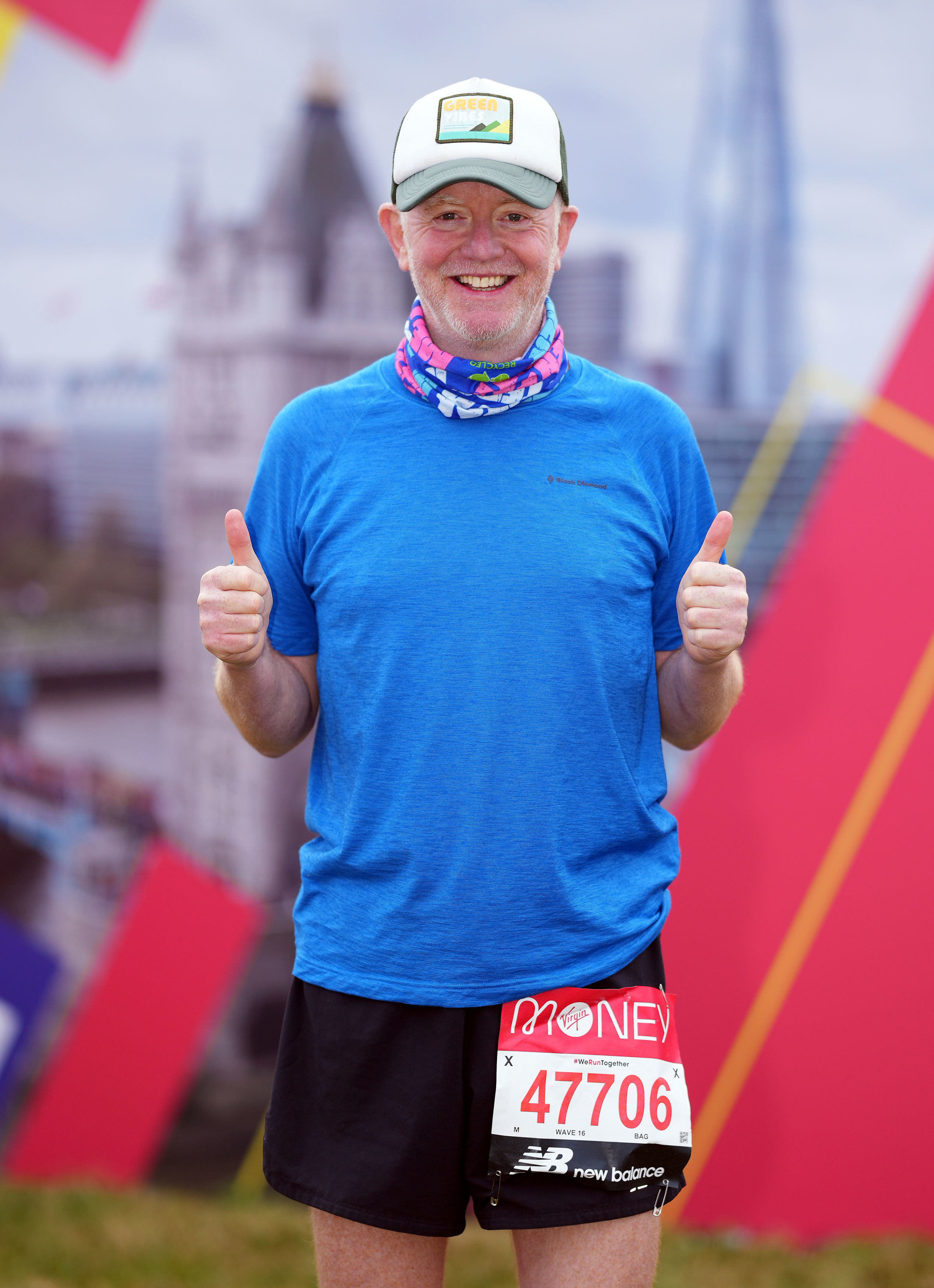 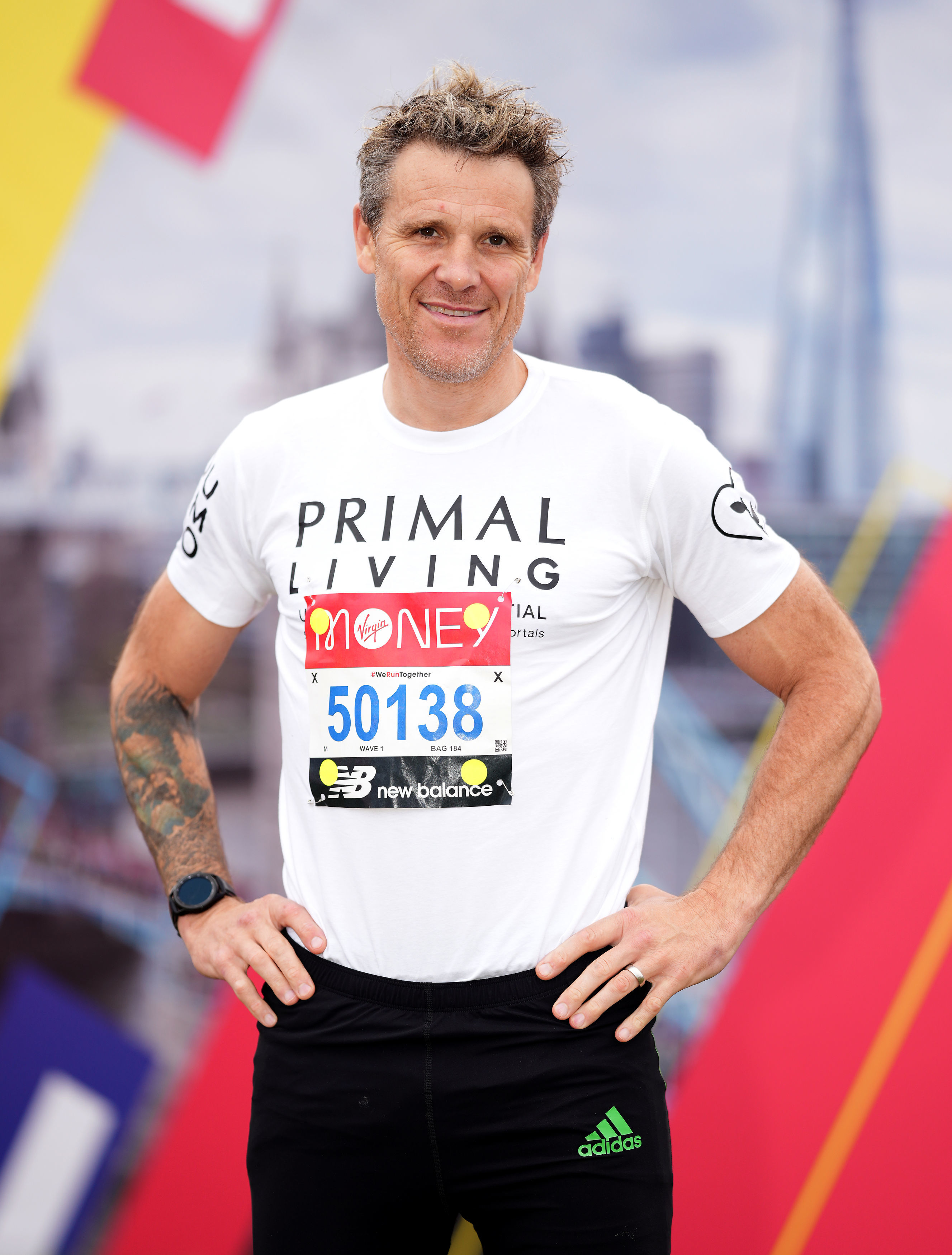 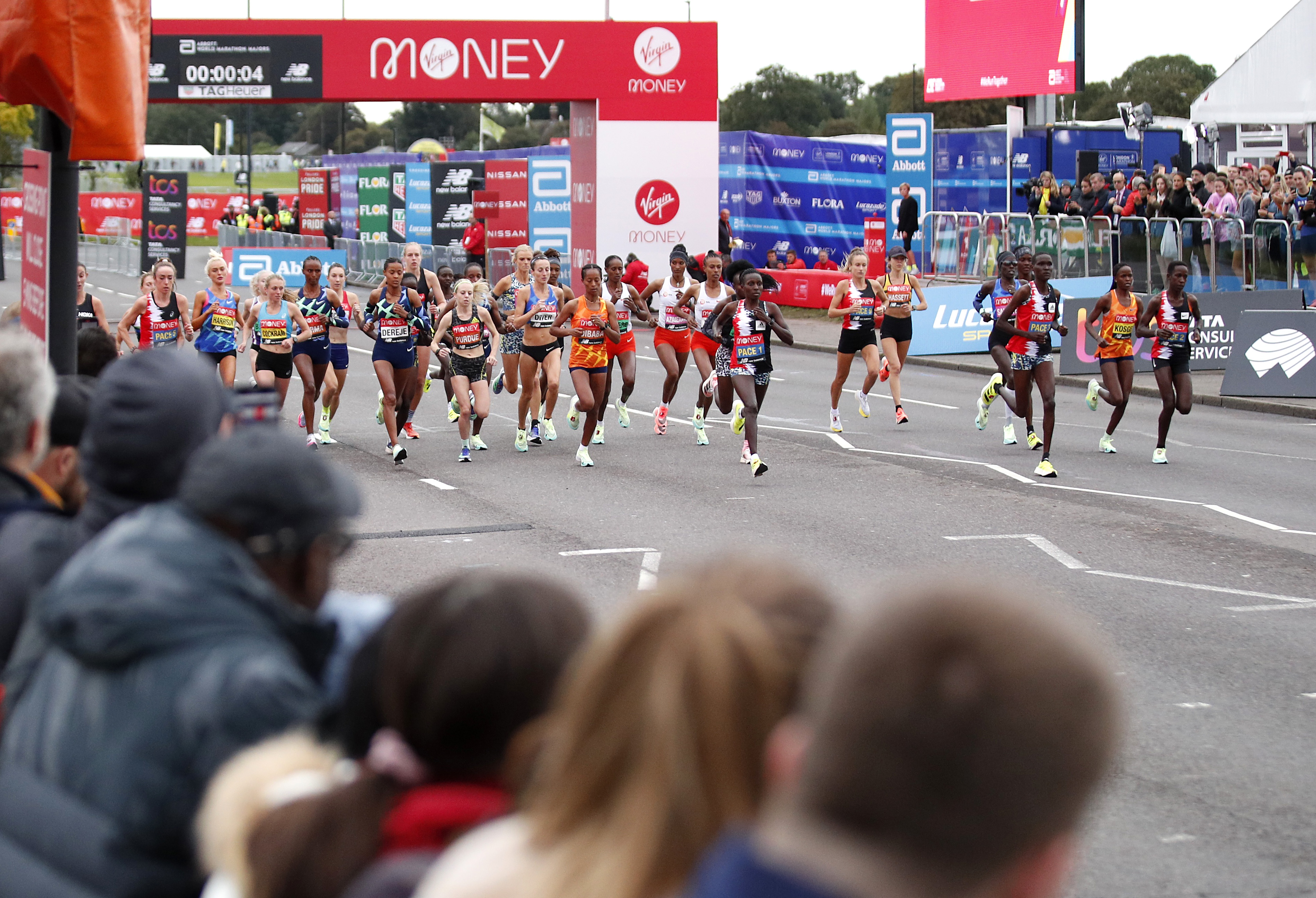 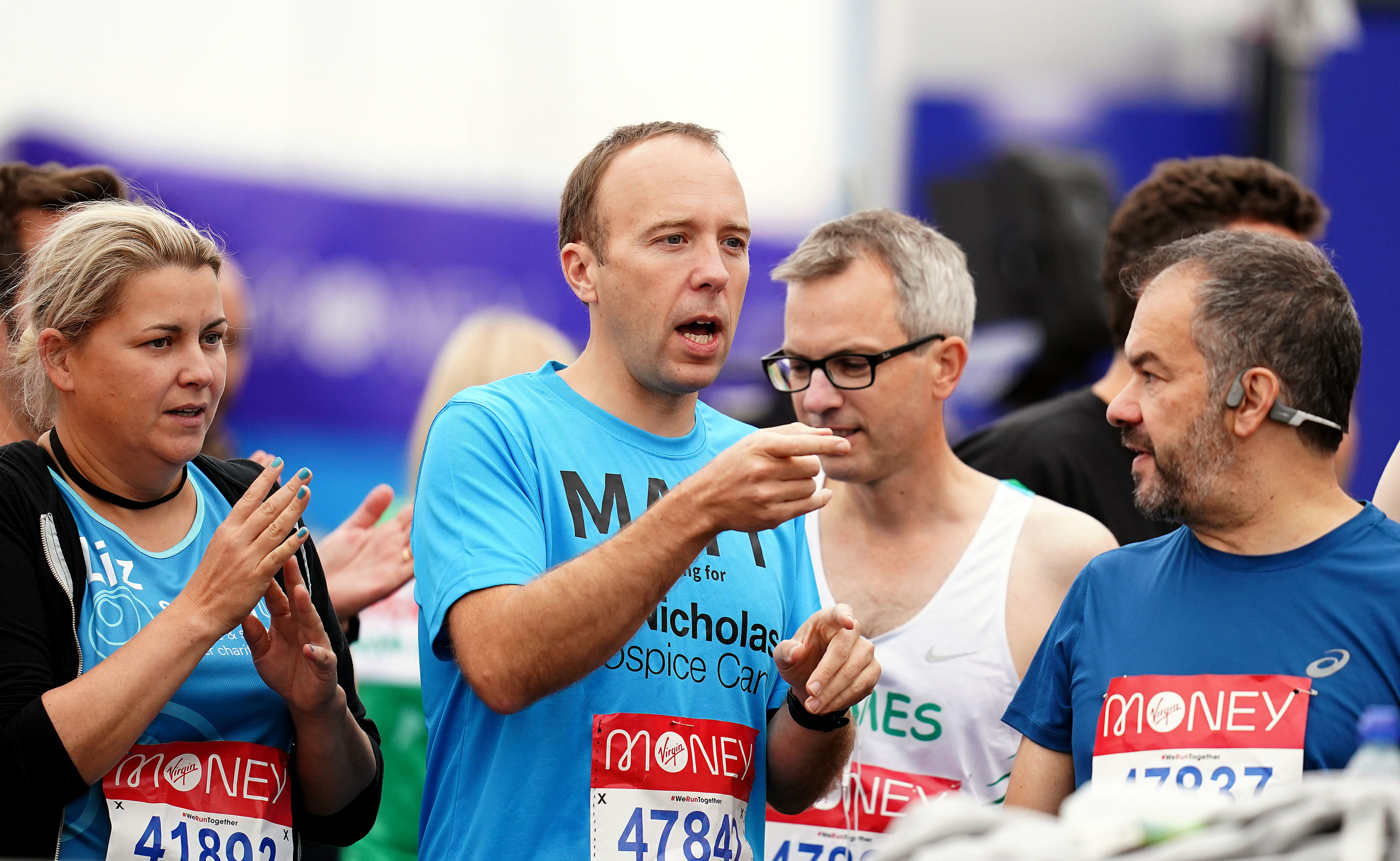 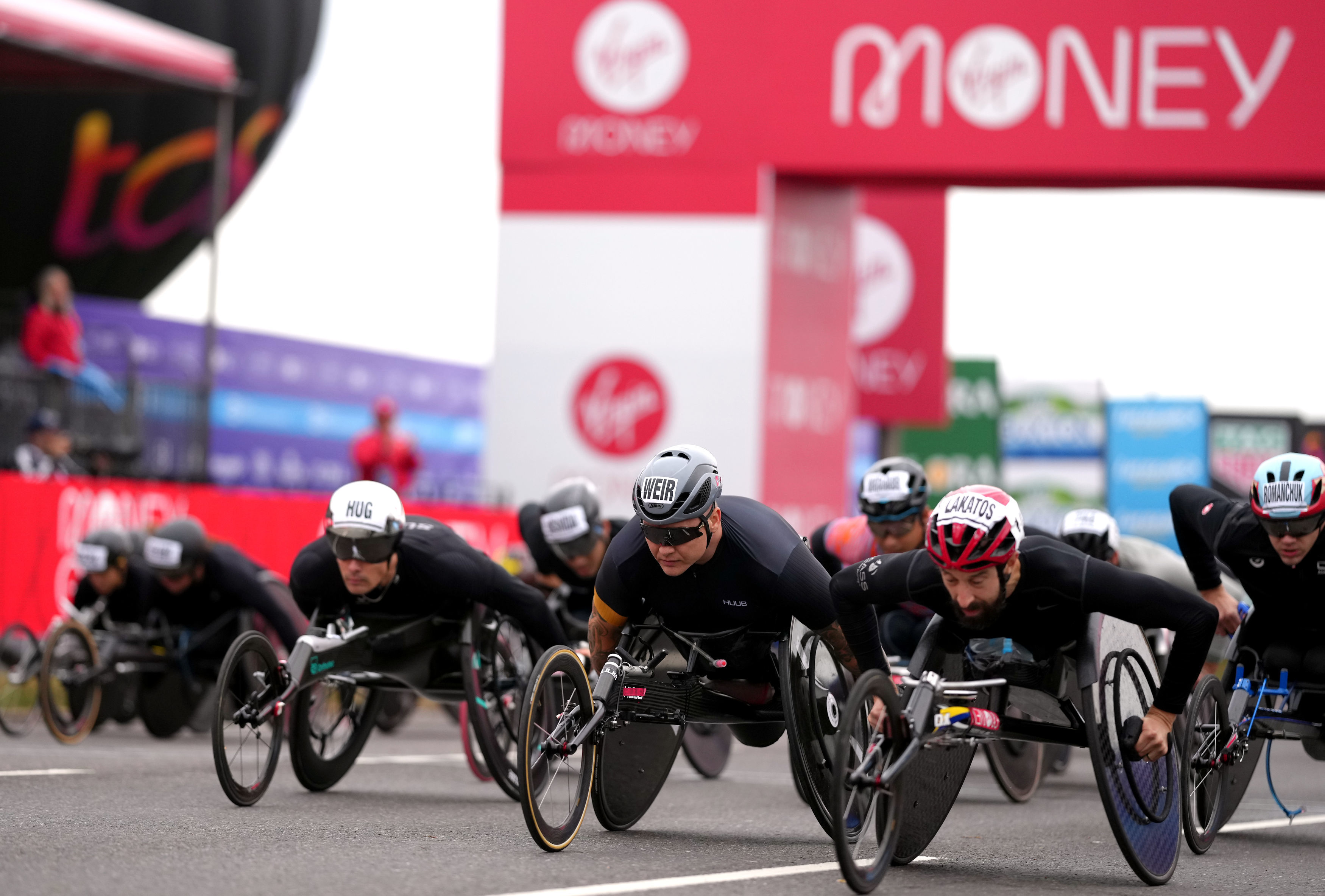 And it seems like the weather will be on their side, with the capital staying dry and fine this morning as athletes from around the world descend on the city for the gruelling 26-mile run from Greenwich to The Mall.

Mild temperatures will no-doubt be a huge relief for the professionals, who have a £40,000 prize available for the first to cross the finish line.

The marathon was replaced in 2020 by a virtual run where participants chose their own route.

The virtual event will also run simultaneously with London's race today for the first time – with 40,000 participants set to take part.

It is the first time that runners have tackled the marathon's traditional route in October rather than during spring.

The date is not the only change. There is no bag drop at the start and runners were instead asked to leave any belongings they will need at the finish line at the ExCel centre when they collected their number.

There will be no volunteers hanging medals around the necks of finishers, who will instead find their medal in their bag.

Large groups will not wait at the start line together and instead participants will set off in more than 40 waves across a 90-minute period with no official pacers this year.

Participants are being encouraged to wear a bottle belt so they can carry a drink to further reduce touchpoints on the day, and have been asked to invite just one supporter to reduce crowds along the route.

Those running in central London will have to be able to show a negative lateral flow test for Covid-19.

In a message to participants, event director Hugh Brasher – whose father Chris Brasher co-founded the London Marathon in 1981 – said the event would show "the true spirit of the London Marathon at its very best", forged by shared experience and togetherness.

"Togetherness is what we have missed so much over these past 18 months. Togetherness in mind, in body and in spirit," he wrote.

"Back in 1981, one of the founding aims of the London Marathon was 'to have fun and provide some happiness and a sense of achievement in a troubled world'.

"Forty years on, those words have never been more appropriate."

Mr Brasher quoted the event's campaign slogan as he added: "It will be an extraordinary day as We Run Together."

London Marathon participants have raised more than £1 billion for good causes during the past 40 years and Mr Brasher said it "will be one of the greatest days of the year for charity fundraising in times that have been incredibly difficult".

Eight of the Ever Presents – who have run every London Marathon – will run again this year. Seven will run in London while Ken Jones, 88, from Strabane, Co Tyrone, will take part closer to home.

Changes have also been made to improve the experience for slower participants, following criticism in 2019.

Fifty Tailwalkers will walk the entire route at eight-hour pace, and a music bus with a DJ will drive behind them after the third mile.

Eight Support Squad members will be available from mile 16 onwards to help anyone who is struggling, and they will remain in place until the Tailwalkers have passed.

The weather is set to improve following wet and windy conditions in London on Saturday.

Sunday is expected to be largely dry with temperatures rising from around 10/11C to a peak of 16/17C in the afternoon, Met Office operational meteorologist Jonathan Vautrey said.

"Winds will strengthen a touch through the day as well, so there will be more of a gentle to moderate breeze by the afternoon," he added.

Former health secretary Matt Hancock and theatre star Carrie Hope Fletcher, who is currently starring in the lead role in Andrew Lloyd Webber's production of Cinderella, will be among those running the London Marathon for the first time.

Lucy Harvey, from Poole, Dorset, who turned 18 on Saturday, will be the youngest runner, while Koichi Kitabatake, 87, from Japan, is due to be the oldest.

There will be about 1,500 runners raising money for Macmillan Cancer Support, which is the Virgin Money London Marathon's official charity in 2021. 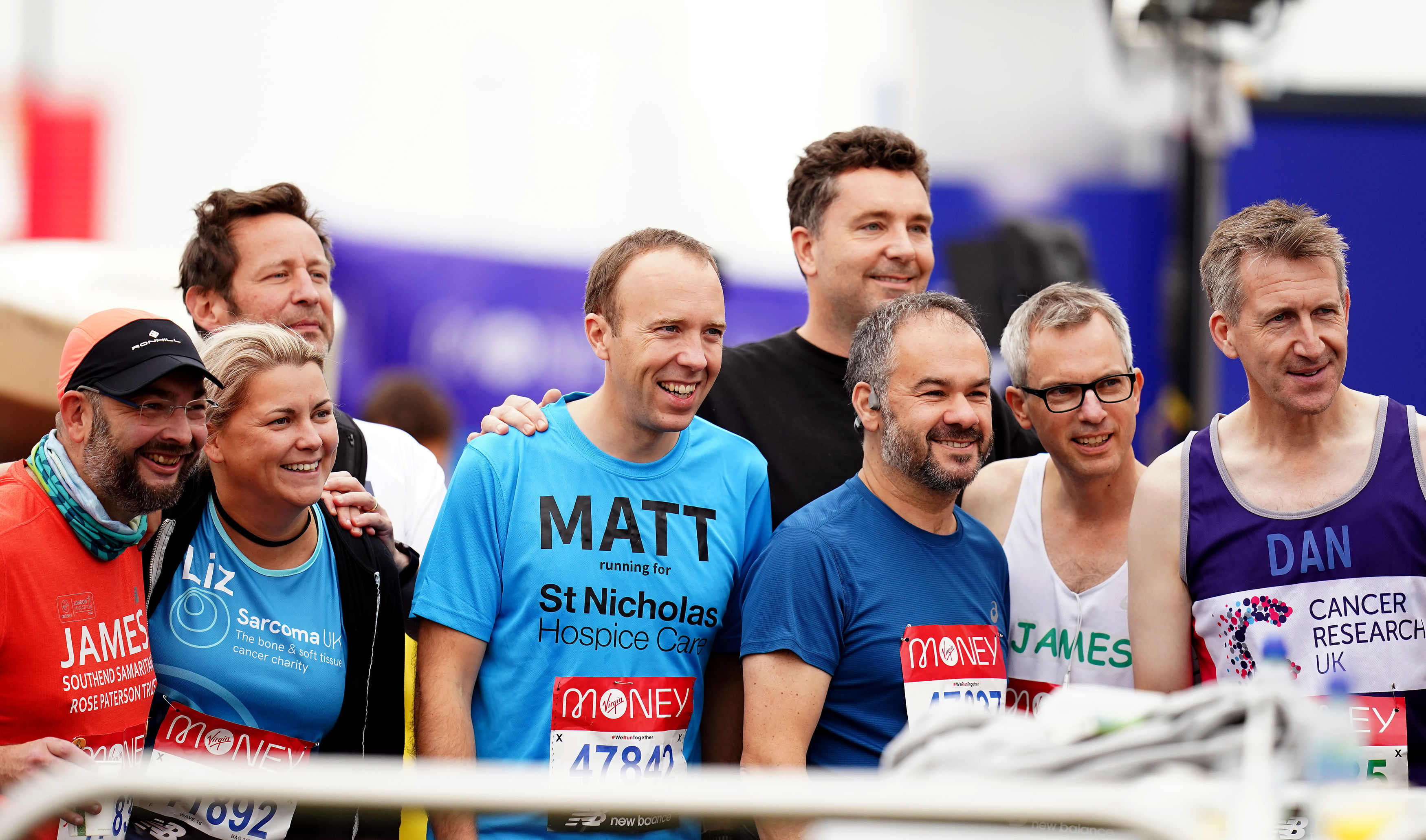 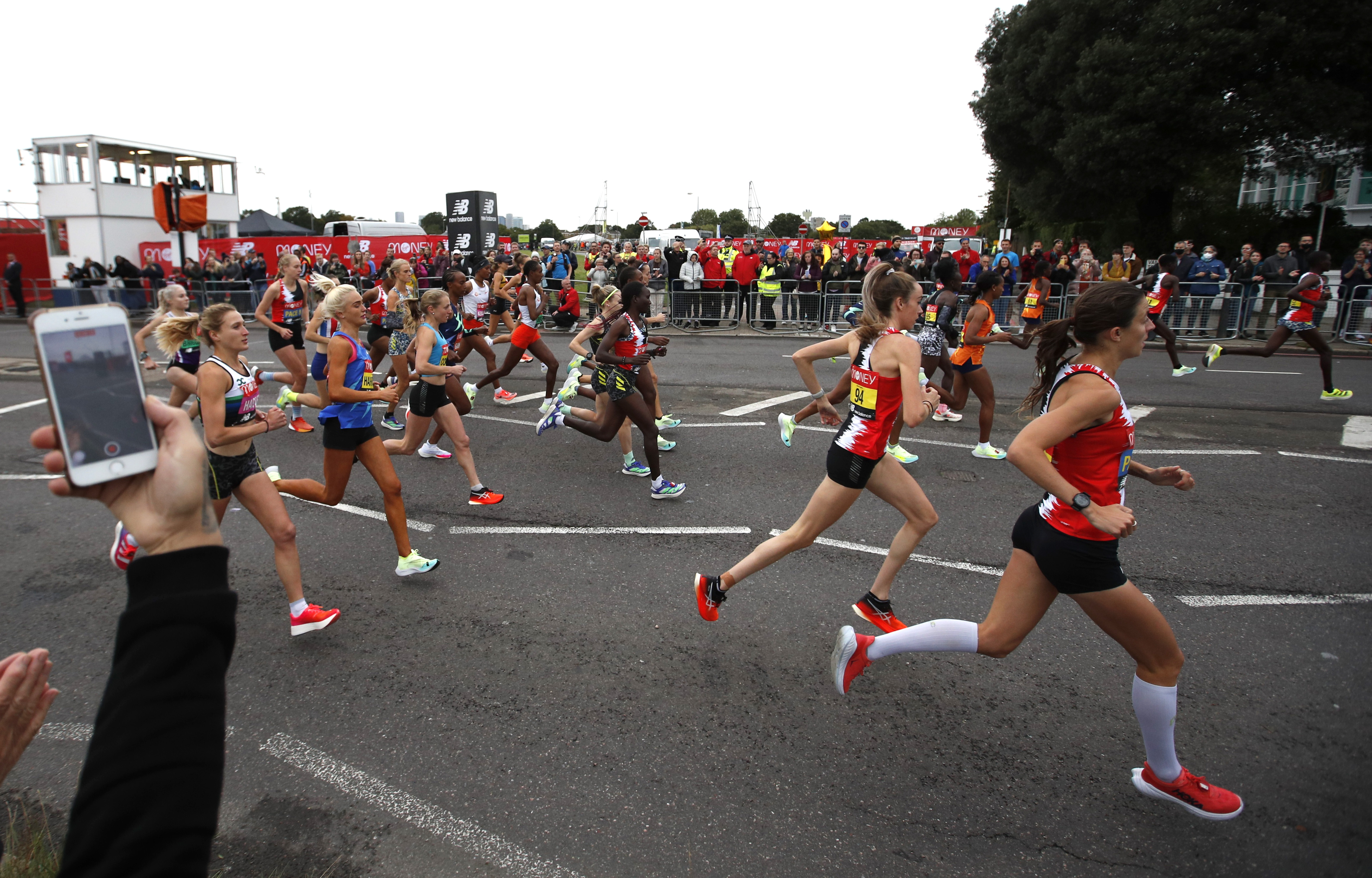