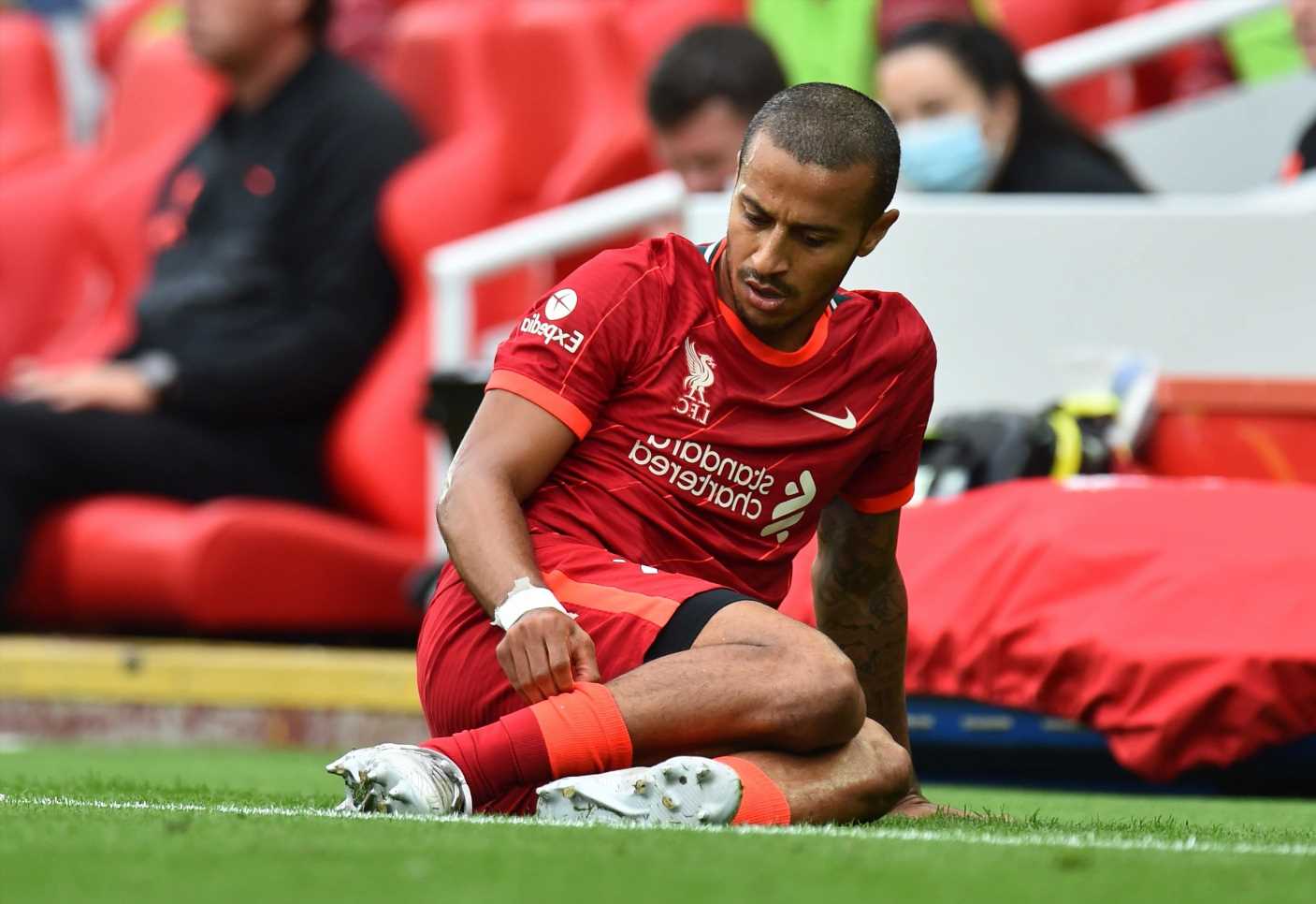 LIVERPOOL face a nervous wait on Thiago’s fitness after the midfielder hobbled off in their win over Crystal Palace.

The Spain lynchpin appeared to suffer a leg problem as the Reds notched a 3-0 victory at Anfield. 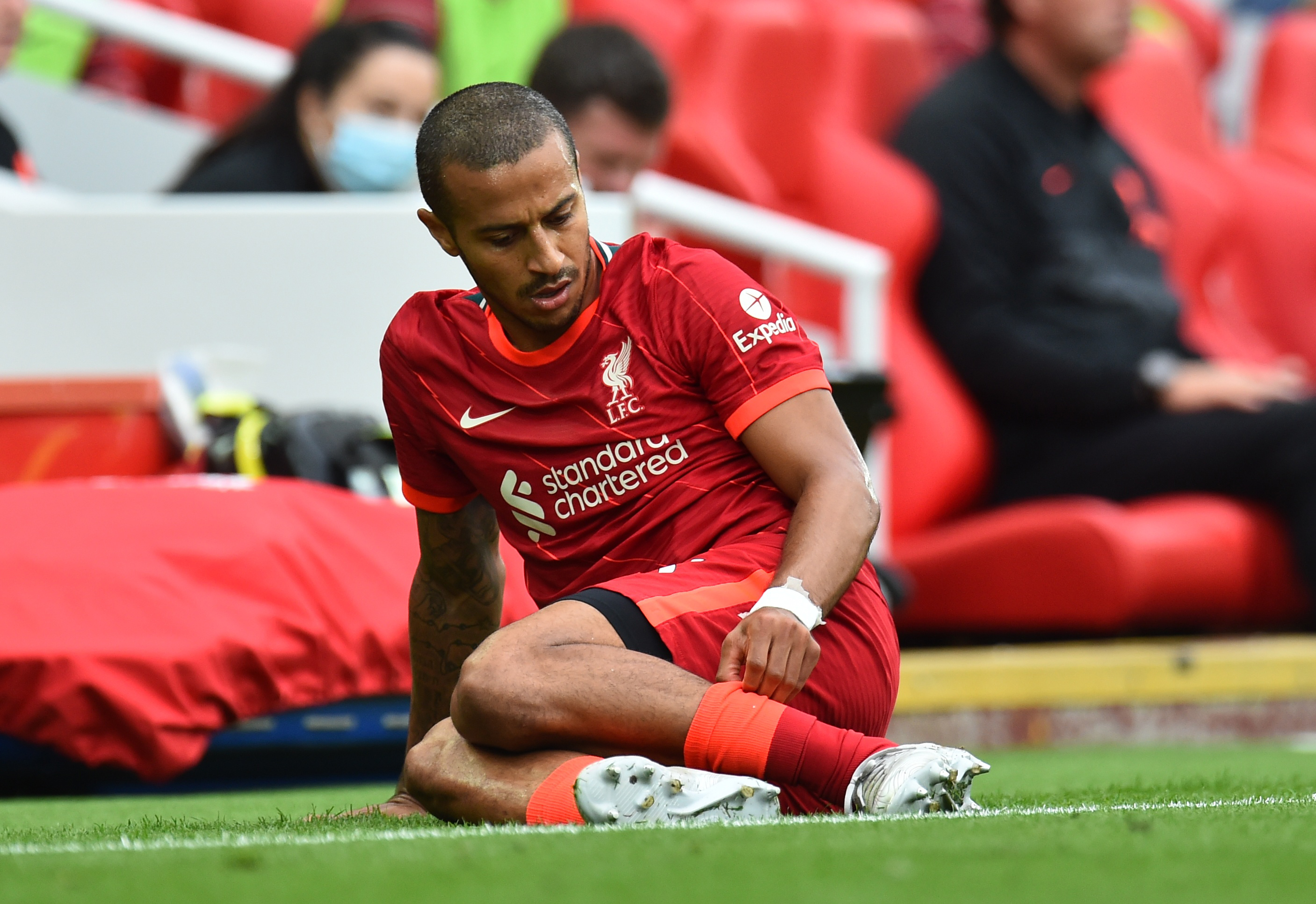 He was replaced on 62 minutes by Naby Keita and headed straight down the tunnel after leaving the pitch.

The midfielder underwent surgery at a London hospital with doctors hopeful he will make a return before the end of the season.

The absence of Thiago and Elliott is made worse by the departure of Gini Wijnaldum to PSG.

The Dutchman departed Anfield on a free transfer at the end of last season.

Liverpool ran out 3-0 winners over Palace despite the injury to Thiago, with Sadio Mane, Mo Salah and the sub Keita on the scoresheet.

Reds fans wished Thiago well on social media and crossed their fingers he would make a speedy recovery.

‘Ozzyolamide’ added: “Thiago injury the only blemish in an almost flawless Liverpool performance.”

While ‘Charlie__M23’ wrote: “Thiago injured? It's just over one month and the injuries have started already.”