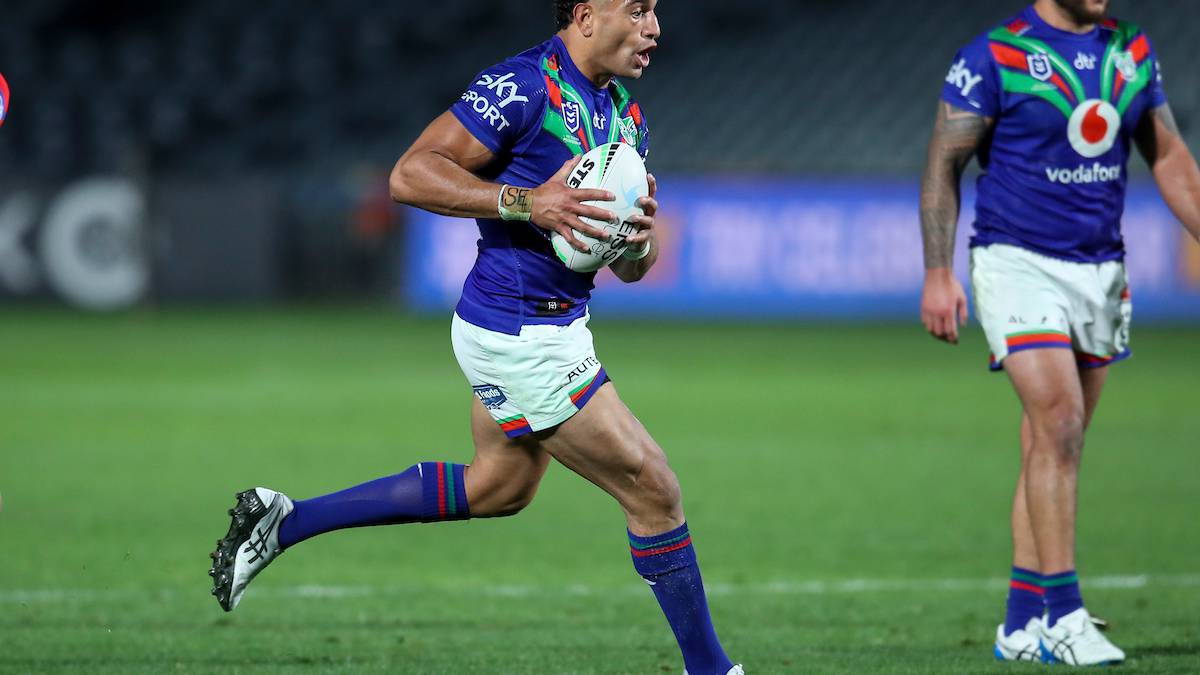 All the action as the New Zealand Warriors take on the Cronulla Sharks in the NRL.

“If there was a way of doing things the worst possible way, we certainly ticked every single one of those.”

That was the assessment from Warriors assistant coach Justin Morgan of their golden-point loss to the St George Illawarra Dragons last weekend, the latest in a string of close losses for the side.

Through 15 matches this season, the Warriors have a 5-10 record, with six of their 10 losses being by six points or fewer.

While they remain just two points outside of the top eight despite their mediocre record, Morgan said things could have been much different with better execution and game management in critical situations.

“We’re obviously learning some lessons the hard way,” Morgan admitted. “We’ve had a lot of close games this year. We are addressing some issues in terms of our decision-making at different stages of the game. When we were up by the score we were (against the Dragons), we should have tried to do different types of things. We certainly gave them a leg-up.

“There’s some hard lessons to learn, but in saying that, in terms of some players in key positions and some players across the field, (we’re) just not making the right calls at the right times.”

Although the Warriors have lost six games by slim margins, the majority of their wins have come in similar fashion. Only once this season have the won by more than six points – and that was their round one triumph over the Gold Coast Titans which they won by 13 points.

They continue to be competitive week after week, only being blown out by the competition leading Melbourne Storm twice, as well as top six sides in the Parramatta Eels and Sydney Roosters. However, they have won just two of their last nine games.

It’s the inconsistency in their play with the game on the line that often costs the Warriors, something they hope to put an end to this weekend against the Cronulla Sharks.

“We have to learn from those,” Morgan said of the team’s close encounters this season.

“If we keep working hard, keep trying hard and learning those lessons, we’ll come out on the right side of the ledger for those close games. But that’s enough close ones for one season.”

The Warriors will have to find some sort of consistency without the services of former Sharks half Chad Townsend, who joined the Warriors late last month from the Cronulla club, as well as workhorse forward Tohu Harris for the next few weeks. Both players sustained shoulder injuries in the loss to the Dragons and are expected to be out for at least three weeks.

With Townsend out, it means the Warriors have had to make their eighth change to the halves pairing this season, with Sean O’Sullivan linking up with Kodi Nikorima once more. It will be the sixth time this season the two have held the playmaking roles – the second-most used combination this season behind Nikorima and Chanel Harris-Tavita (seven matches).

“We’ve tried to give them as much time together as possible. With Kodi coming back from his injury, it hasn’t been as much as we would have liked, but that’s the way it goes; that’s life. We’re not the only NRL club that have had injuries, so you just have to shrug your shoulders, suck it up and say ‘let’s crack on.’

“You can either sit down and cry at the back end of the season … or you can say it is what it is and just crack on.”