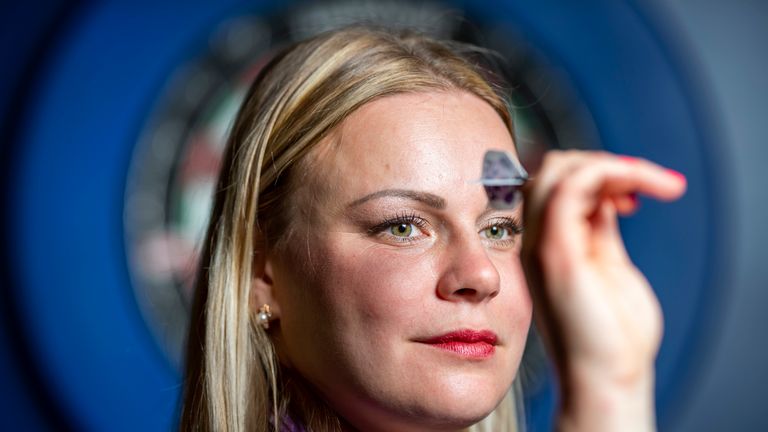 Lisa Ashton and Anastasia Dobromyslova will make history when they take to the oche at the Alexandra Palace in the coming days, and while the two female qualifiers will be under inevitable scrutiny, the potential rewards for women’s darts are significant, writes Josh Gorton.

Earlier this year the PDC announced a new look to an expanded World Championship field that would guarantee female players two places at the event via separate qualification events.

The PDC hosted two qualifiers in November, with the Rest of the World Women’s qualifier taking place in Dusseldorf, followed by the UK & Ireland qualifier in Milton Keynes two weeks later.

Fittingly, the players who progressed are two of the most accomplished stars in women’s darts, with seven World Championship titles between them.

Ashton has won four of the last five BDO Women’s World Championship titles, whilst Dobromyslova is a three-time Lakeside champion, having featured prominently on the PDC circuit a decade ago.

The pair are both trailblazers of the women’s game and contested this year’s BDO World Championship Final in January – with Ashton running out a 3-1 winner.

?‍?‍???️ASHTON'S DILEMMA ?‍?‍???️@LisaAshton180 joined us on The Darts Show Podcast ahead of a World Championship debut, and the prospect of facing her daughters in tournament competition
Listen – https://t.co/NZHx477qFp
Subscribe – https://t.co/aT3GqYX4HM pic.twitter.com/jLry6Dspei

Due to the open draw format in both qualifiers, there was the possibility of an unknown quantity emerging to seal an Ally Pally spot.

However, as Sky Sports commentator Rod Studd illustrates, Ashton and Dobromyslova represent the cream of the crop in the women’s game.

“I think it’s absolutely brilliant that Lisa Ashton and Anastasia are in the tournament – I think it’s fantastic,” Studd said.

Gayl King and Dobromyslova are the only women to have previously featured in a PDC World Championship, but with a £2.5m prize fund on offer in darts’ biggest ever event, this is unchartered territory.

King and Dobromyslova were both granted wildcard entries when they competed in 2001 and 2009 respectively, but this is the first time that a formal qualification process has been implemented. 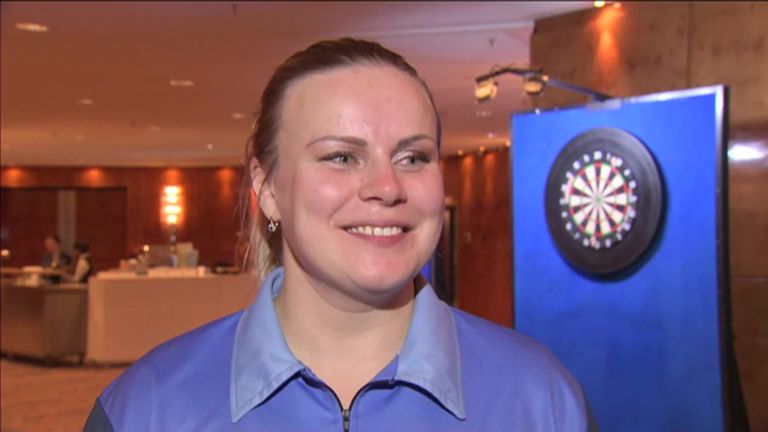 Over 200 women competed in the respective qualifiers and PDC Chairman Barry Hearn insists that darts is continuing to break down barriers on a global scale.

Hearn recently played down suggestions of a separate PDC Ladies Tour, but a successful showing from the pair at the Ally Pally could create a whole host of further opportunities.

“I think this year is a culmination of what we’ve been working towards in the last few years. Women’s sport generally- outside of darts as well, is growing at a very rapid rate,” Hearn said.

“We operate with zero barriers. I don’t care whether you’re male or female. I care can you play; have you got ability?

“We’ve made it open season, dependant on ability. No excuses; winner takes all. The reaction we’ve had from women darts players this year has been phenomenal.”

Testing times for the world No 1 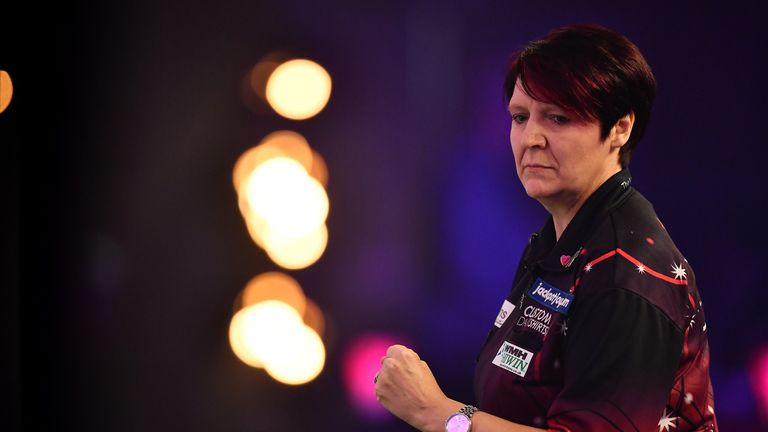 Ashton and Dobromyslova are two of the most decorated players in the women’s game and both secured their qualification in comprehensive fashion.

Meanwhile, Dobromyslova conceded just four legs in six games – including a stunning 6-0 victory over Silvia Dolores Keller in the final. 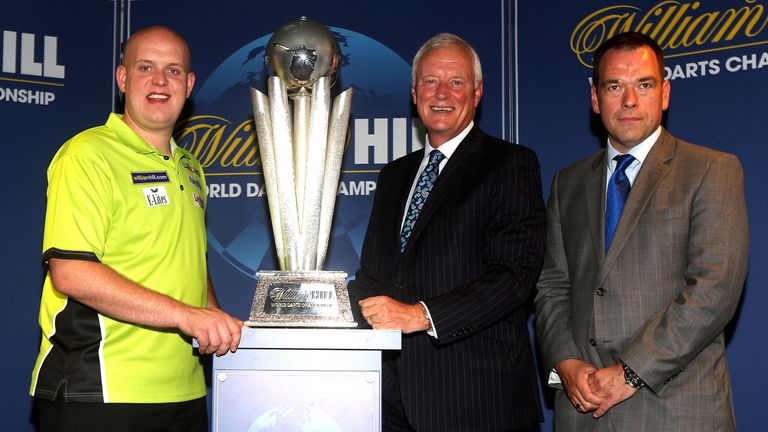 If you’d have said to me you can have two invites instead of doing the tournaments, I’d have picked the two people that qualified, so I’m very happy.

Hearn added: “There’s going to be two darts players who are going to be extremely nervous about playing those two women on the big stage at the Alexandra Palace, which just adds another dynamic to the entertainment value.”

The Russian possesses previous Alexandra Palace experience, but having endured an underwhelming year by her high standards, she admits her qualification was a much-needed tonic.

“I haven’t really had a great year, and to prove to myself one more time that I still can play, was nice,” Dobromyslova said.

“I can’t remember the last time I played in front of such a big crowd.

“Personally I’m a bit worried as you never know how you’ll be received and what you can do on the stage. I know I played before but it was nearly 10 years ago so it’s like starting all over again,” she added.

In contrast, Ashton has enjoyed another strong year on the women’s circuit; winning nine titles, including the defence of her world title, followed by her second World Masters triumph. 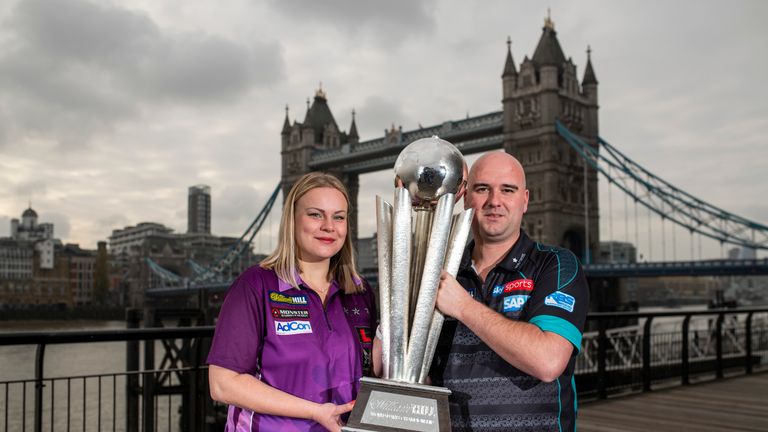 The 48-year-old is relishing her PDC World Championship debut, but like Dobromyslova, she admits nerves about appearing in such a raucous atmosphere.

“I’m excited because it’s the opportunity of a lifetime, a bit nervous because it’s a lot different to what I’m used to, but I’m just really excited to get up there and enjoy it,” Ashton said.

“I’ve never been [to the Alexandra Palace] but I’ve always wanted to go. I’ve been to some of the Premier League ones and seen the atmosphere there, but I’m really looking forward to going.”

Dobromyslova famously claimed the scalp of Vincent van der Voort at the 2009 Grand Slam of Darts, while Deta Hedman became the first woman to beat a man in a televised competition en route to reaching the third round of the 2005 UK Open.

The women’s game has continued to evolve at a rapid rate over recent years, and now the players have been rewarded with a life-changing opportunity.

It’s more than just a tournament for Ashton and Dobromyslova. They’re representing ladies darts on a global stage, with the platform to inspire a new generation of talent and create yet more history.

You can follow every dart from every session of the World Darts Championships on Sky Sports Darts, coverage gets underway on Thursday with a live preview show from 6.30pm followed by Day One – check out the full schedule here

Sixteen days of coverage continues through until the final on New Year’s Day and you can stay up to date with the action behind the scenes by following us @SkySportsDarts and getting all the latest news previews and interviews at www.skysports.com/darts