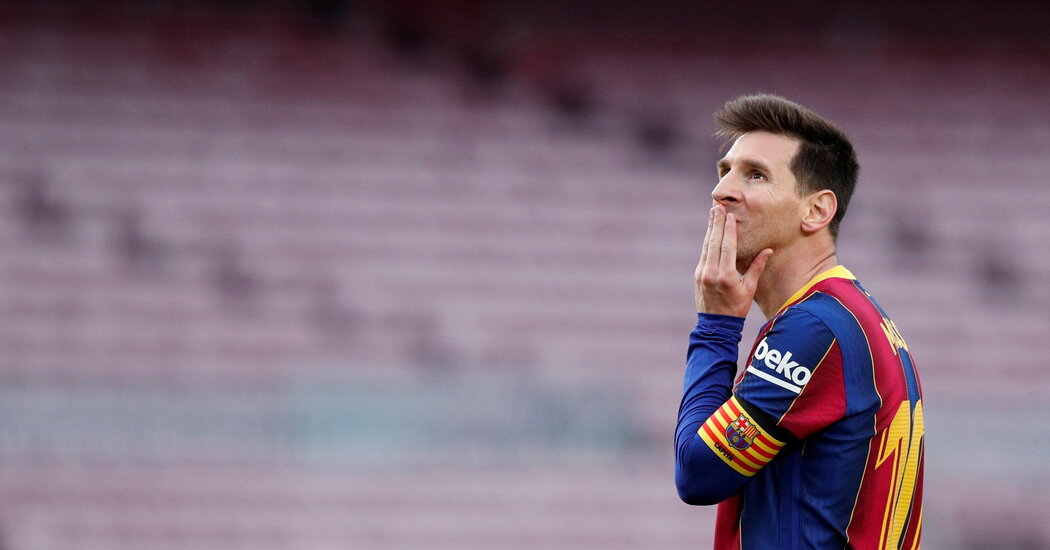 The soccer superstar will leave the only club he has played with since he was 13. The team officially announced his departure. 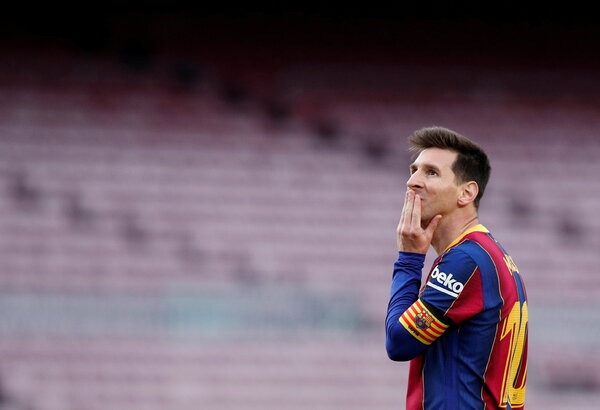 By The New York Times

Lionel Messi will not return to F.C. Barcelona, the club announced on Thursday.

Messi, 34, who has been with the club since he was 13, was expected to sign a new contract with Barcelona on Thursday, but amid reports of a breakdown in negotiations, the team said he would not be returning.

“Despite F.C. Barcelona and Lionel Messi having reached an agreement and the clear intention of both parties to sign a new contract today, this cannot happen because of financial and structural obstacles (Spanish Liga regulations),” the team said in a statement on its website.

LATEST NEWS | Leo #Messi will not continue with FC Barcelona

Various issues between Messi and Barcelona have percolated for months, if not years, but it was the team’s decision to let the player’s contract expire at the end of June that precipitated this result.

La Liga rules limit each club’s spending to a percentage of club revenue, and league officials had repeatedly said they would not weaken their rules to accommodate Barcelona, which was far over that limit.

Barcelona was told it would need to cut hundreds of millions of dollars in obligations before it would be allowed to register any new players, including Messi, for next season. (Barcelona’s decision to allow Messi’s contract to run out means he was registered as a new signing, instead of a renewal, which might have been easier.)

The club has spent lavishly in recent years. Messi’s most recent four-year deal, if he met every clause and condition, was worth almost $675 million. With the pandemic resulting in a drastic reduction in revenues, the club’s spending became untenable.

In July it was reported that the player and the team had found a way for him to stay, with a five-year extension, but the conditions put forth by La Liga were not able to be met.

The club’s statement concluded by wishing Messi well: “Barça would like to wholeheartedly thank the player for his contribution to the growth of the institution and wish him the best in his personal and professional life.”