LIONEL MESSI was back playing football in the sand but this time being put through his paces ahead of the new season.

The Argentine legend enjoyed a trip to the beaches of Antigua this summer and even had a kick-about with an 11-year-old British kid. 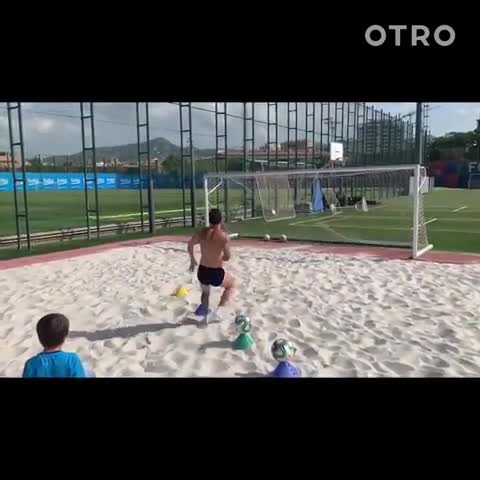 But it appeared far less relaxed after taking part in a series of drills at Barcelona's training ground.

In a large sand pit, the first exercise involved kicking four balls off a cone and into the back of the net.

After each one Messi would run backwards before thrashing them home.

In just rolled up shorts and socks, Barca fitness coach Juanjo Brau would make him run around two poles four times before volleying the ball into the net.

And finally the 32-year-old, who looked in terrific shape, would just have to sprint through the sand while running in and out of the poles.

There wasn't another player in sight as Messi battles for fitness ahead of the new campaign after suffering from a calf injury.

He picked up the knock in his first pre-season session last Monday and missed Barca's tour of the United States as a result.

Barca face Athletic Bilbao tonight in their league opener but will be without Messi who will not be risked. 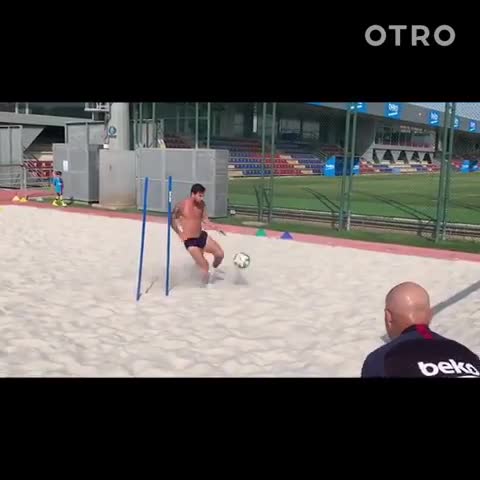 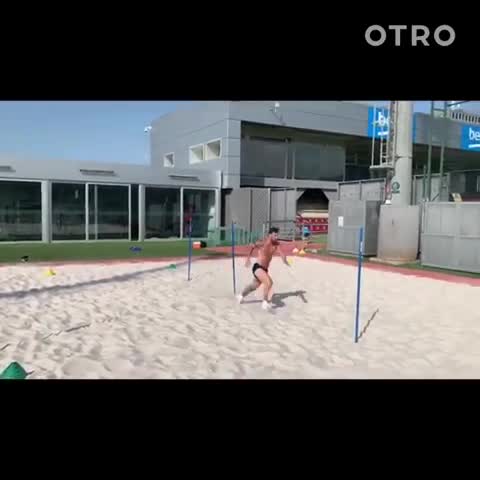 Gordon Ramsay struggles with game on Saturday Night Takeaway When you subscribe we will use the information you provide to...

A woman has shared how to "hack" the system on Tinder and get yourself a perfect match. Annie, who lives...