FANS of Lionel Messi and Cristiano Ronaldo clashed once again as they compared the pair's leadership skills.

Footage of Messi at half-time against Bayern Munich led many to criticise the Barcelona captain for his attitude. 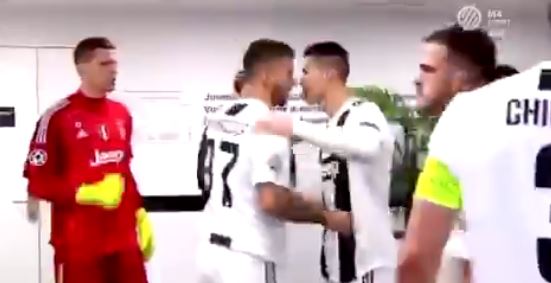 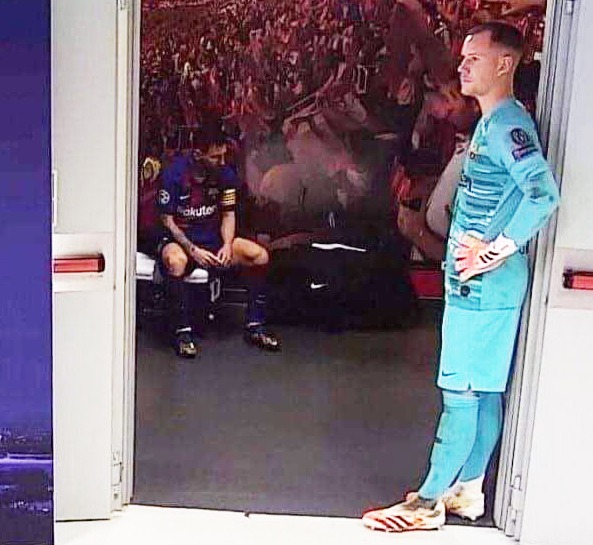 The clip shows the Argentine, 33, sat forlorn on a seat, dejected and uninspired with his side 4-1 down to the Bundesliga giants.

Quique Setien's side would be humiliated 8-2 on the night as they crashed out in embarrassing fashion with Messi reportedly wanting to quit his boyhood club.

And one Ronaldo fan account lined up the video alongside one of their hero galvanising his Juventus team as they head out for the second half against Atletico Madrid last year.

Ronaldo had scored to make it 1-0 to Juve and 2-1 to Atletico on aggregate during the first half on that night.

He went on to score a hat-trick to fire his side through at the expense of his old enemy in Madrid.

The Portugal hero, 35, gets the likes of Giorgio Chiellini and Emre Can going with some motivational shouts and high fives.

And that led to plenty of debate in the replies between the two sets of passionate fans.

Ronaldo's followers heaped praise on their man for his leadership and stepping up when his team needed him and blasting Messi.

One wrote: "Messi could have more skill and maybe more talent, but the difference in attitude and leadership are astonishing. CR7 the real goat."

Another said: "Truth be told Messi doesn't have leadership qualities."

And a third added: "One of the best players of all time but he doesn’t deserve that armband at all."

Whereas Messi's clan primarily pointed out the fact that Barcelona went further in the Champions League than Juventus this season and the different contexts of the matches.

One fan commented: "Both scenarios taken out of context. Team's state is different, management is different. Just because Ronaldo overly acts out doesn't make him any better than Messi."

Another replied: "Wonder how he would have reacted at 1-4, against a rampaging Bayern team. Messi have shown time and again, that he can motivate the team when it matters.

"This picture shows Messi's disillusionment with present management rather than his leadership skill or its lack thereof."

And a final user quipped: "Mad I didn’t realise that Ronaldo was still in the tournament."