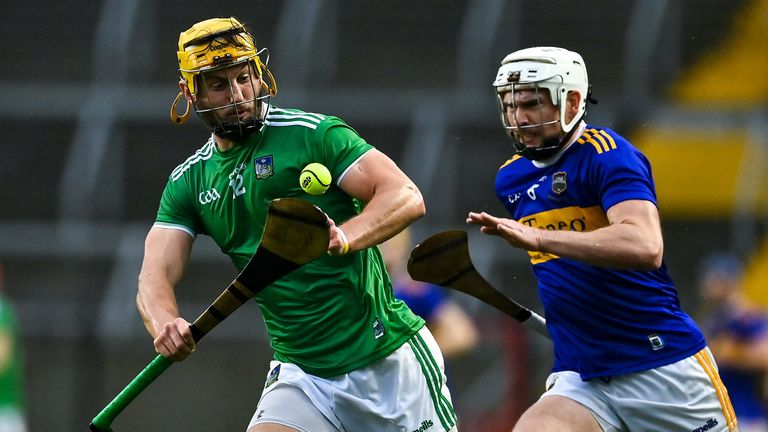 Limerick are on course to retain their Munster title, after a deserved 3-23 to 2-17 win over All-Ireland champions Tipperary in the provincial semi-final.

The Treaty out-fought the Premier in atrocious weather conditions at Páirc Uí Chaoimh, with John Kiely’s bench driving the team home in the final quarter.

Tipp elected to play against the gale-force wind in the first half, and struggled in the early stages. The Treaty packed the middle third for Brian Hogan’s puck-outs, and the Premier struggled to get out of their own half at the beginning. Limerick stormed into a 0-6 to 0-1 lead before Tipp worked it out.

The reigning All-Ireland champs gained a significant foothold in the game in the 20th minute, as Seamus Callanan displayed supreme vision to pick out Jake Morris in behind the Limerick rearguard. The Éire Óg Nenagh club man buried it past Nickie Quaid with a one-handed effort.

However, the men in green responded immediately, as Aaron Gillane fielded a long ball into the square. The Patrickswell club man lost his stick, but had the composure to kick the sliotar low into the bottom corner past Hogan.

Limerick kicked on, with points from Diarmaid Byrnes, Gearoid Hegarty and Graeme Mulcahy helping them to a 1-17 to 1-8 lead at the break. 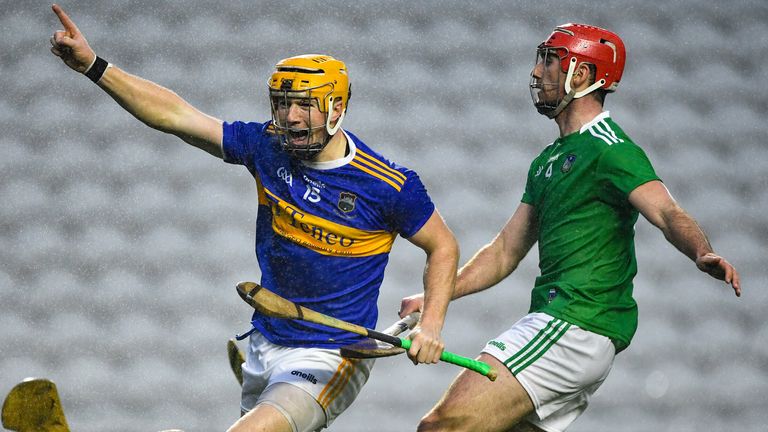 Tipp started brightly in the second half, with three points in quick succession. But they were hit with a setback when referee Liam Gordon outstretched his arms to signal a Limerick penalty, after Gearoid Hegarty was dragged down by Cathal Barrett.

Gillane buried it, hitting it low and down the middle after Hogan had shifted to one side. The Patrickswell forward followed it up with a point shortly afterward to bring the gap to 11, and Tipp had a mountain to climb.

The Premier were handed a life-line, as Noel McGrath picking the ball straight off the ground went unnoticed by the officials in the lead-up to a John McGrath goal.

But Limerick’s squad depth once again was telling, as substitutes David Reidy, Pat Ryan and Seamus all registered points, to help see out the comfortable victory, as the latter scored a late goal to seal the triumph. 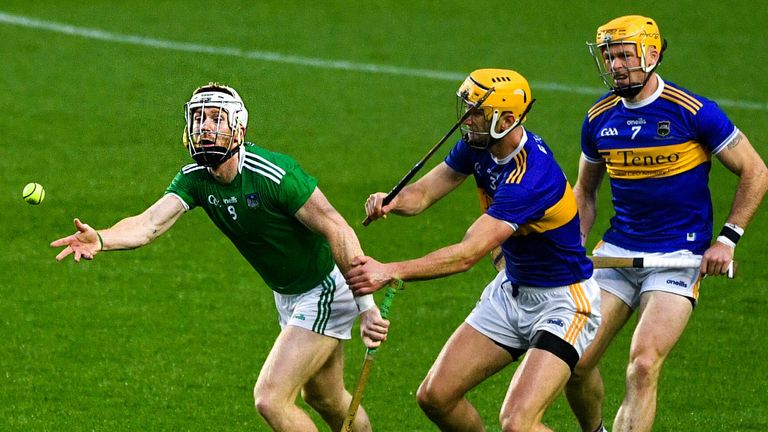