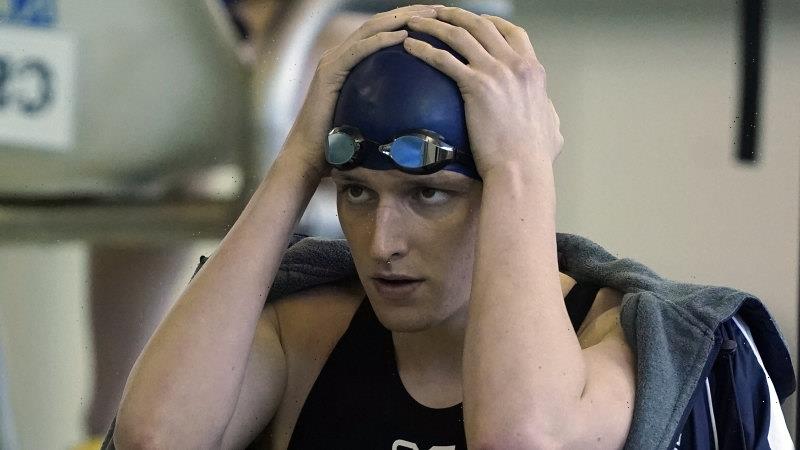 The most famous swimmer in the world at the moment isn’t an Olympic champion. She doesn’t own a world record, nor a world titles crown, and hasn’t so much as swum for her country, let alone in a national championship.

Her name is Lia Thomas, a 22-year-old from Texas who is a fifth-year senior at the University of Pennsylvania. On Friday (AEDT), she became the first transgender swimmer to win a division one NCAA swimming title, the pinnacle of US college sport, amid fervent debate surrounding the eligibility, fairness and future rules governing transitioning athletes. 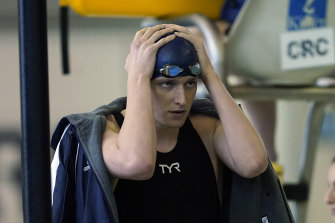 Starting favourite in the 500 yard (457m) freestyle, Thomas blitzed the field to hit the wall first, as she has been doing all season at meets against fellow Ivy League universities. Her time of 4:33.24 seconds was almost two seconds clear of the runner-up Emma Weyant, a silver medal winner in the 400m individual medley at the Tokyo Olympics.

To put her win in perspective, that time sits well behind the 4:24.06 mark of American swimming legend Katie Ledecky. But Thomas’ rapid rise from middling male swimmer to a dominant force in female freestyle at the elite college level has fractured large sections of the sport, divided commentators and sent governing bodies like FINA scrambling to enact suitable policies that bridge the complex gap between inclusivity and a level playing field.

Thomas has become major news in the US, with a lengthy profile in Sports Illustrated charting her journey from a swimmer on the Penn men’s team from 2018-2020, through hormone therapy and a return to the pool as a woman in 2021.

“I just want to show trans kids and younger trans athletes that they’re not alone,” she told the magazine. “They don’t have to choose between who they are and the sport they love.”

Along the way, she has garnered a mass of support, with her university, the Ivy League, transgender advocacy groups and hundreds of fellow and former swimmers backing her right to compete in women’s races.

Others have pushed back hard, arguing athletes who spent the vast majority of their life as biological males have inherent advantages over their female rivals. In this case, they cite her large hands, legacy male strength and a suggested increased aerobic capacity.

Among those with concerns is Tracy Stockwell, a triple Olympic champion who also happens to be the president of Swimming Australia (SA), as well as sit on the board of the Brisbane 2032 Olympics. It was in a personal capacity, not on behald of SA, that Stockwell added her name to a 5000-plus strong joint petition asking for the sanctity of women’s sports to be preserved, while at the same time welcoming and finding ways to accommodate trans competitors. 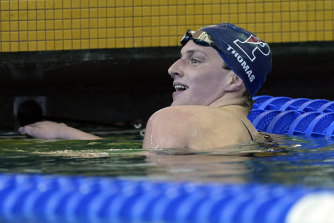 “I believe in developing policies that ensure it’s inclusive, fair and equitable for all females, including those who identify as female, to be involved in swimming at all levels,” Stockwell told The Sydney Morning Herald and The Age. “We need to develop policies with medical experts in the field alongside all relevant stakeholders to drive this inclusion.”

Transgender athletes in Olympic sports is nothing new. They have been allowed at the Games since 2004 and none have won a medal. What has been striking about Thomas is her instant success since becoming a female swimmer and the waves it may create in other competitions in the future.

Could she end up racing against Ariarne Titmus over 400m at the Paris Olympics in 2024? That much is uncertain as FINA bides its time in updating its transgender policies, leaving domestic bodies like USA Swimming to take the lead.

In late February, they updated their guidelines to require testosterone concentrations of less than five nanomoles per litre for 36 months, a period that represents the longest of any sporting federation in the world. Athletes must also provide evidence that going through puberty at their birth sex “does not give the athlete a competitive advantage over the athlete’s cisgender female competitors”.

Thomas said little after her victory at the Georgia Tech pool. She did not attend the mandated press conference, while her win was reportedly greeted with muted applause as she told a poolside interviewer it “meant the world” to be able to compete.

What has become clear is that Thomas is in for the long haul and the swimming world must adjust to her presence, regardless of the critics that include sporting luminaries like Martina Navratilova and Chris Evert.

“The very simple answer is that I’m not a man,” she told Sports Illustrated. ”I’m a woman, so I belong on the women’s team. Trans people deserve that same respect every other athlete gets.”

Sports news, results and expert commentary. Sign up for our Sport newsletter.