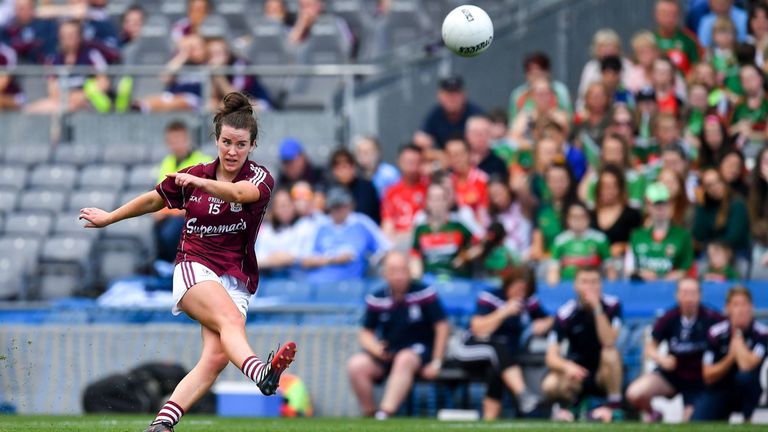 Players who kick a 45 from the ground and over the bar will be rewarded with two points on the scoreboard, after a motion from Kilkenny was passed at the Ladies Gaelic Football Association’s Annual Congress on Saturday.

The proposal from Noreside gained large support at the Lough Rea Hotel and will officially come into force from May 1.

With this motion voted through, there is now a huge incentive for teams to maximise the chance from the 45-metre line, when the ball is put out over the end-line by the opposition.

The ball must travel over the bar and not be touched by any other player for two points to be awarded.

If the ball is touched or deflected over by another player from the 45-metre kick, one point will be awarded.

The motion added: “To signal a two-point score, the umpire shall wave the white flag and at the same time raise his/her other hand to point directly upwards.” 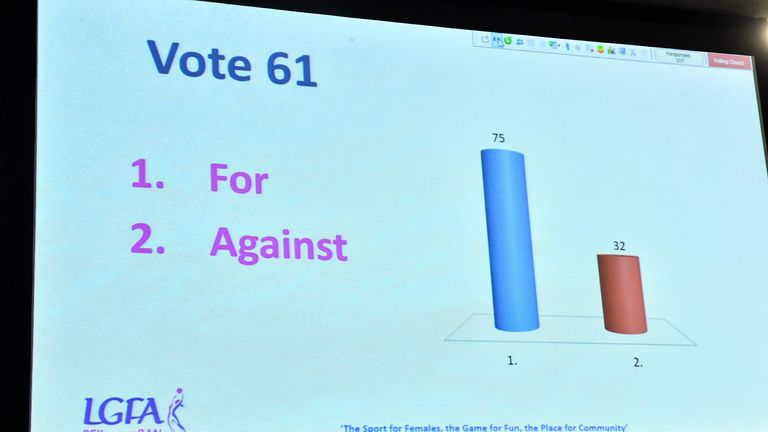 A proposal to prohibit players from moving the ball backwards from a 45 was defeated, meanwhile.

LGFA President Marie Hickey strongly rejected suggestions that the Association is against the dual player concept.

The accusation has been levelled at the LGFA after a Dublin motion calling for official recognition and support of the dual player concept was defeated.

The motion read: “The Ladies Gaelic Football Association recognises and supports the concept of a dual player, as defined, and will encourage all of its units to support and facilitate its playing members of all ages, who wish to do so, to play both Ladies Football and Camogie.”

While the motion was defeated, Laois native Hickey welcomed healthy debate on it, and is disappointed that it has been perceived that the LGFA is not supporting the idea of dual players.

Hickey said: “People read it that we weren’t going to work with camogie.

“There was excellent discussion on the day, and the majority of the discussion was on the wording of the motion, and the definition of ‘dual.’

“Players play other sports outside of camogie and ladies football, and the word ‘facilitate’ means that you have to make it happen, but it’s not always possible.” Camogie Association President Kathleen Woods, and CEO Sinéad McNulty, were both present at the LGFA’s Annual Congress – and the overwhelming feeling on the ground was that there is excellent collaboration between the two bodies on dual players, and that will remain the case.

Hickey added: “We fully support dual players, but it was down to the wording of the motion.