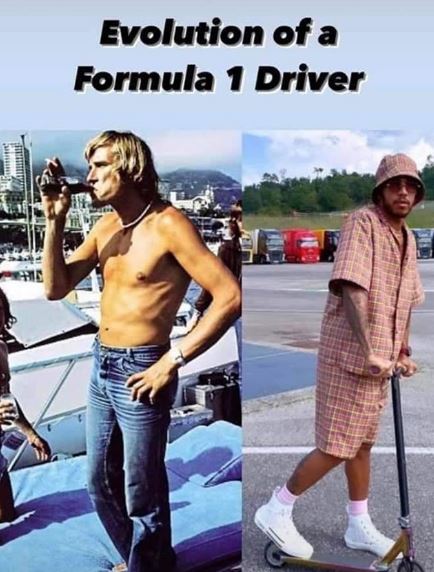 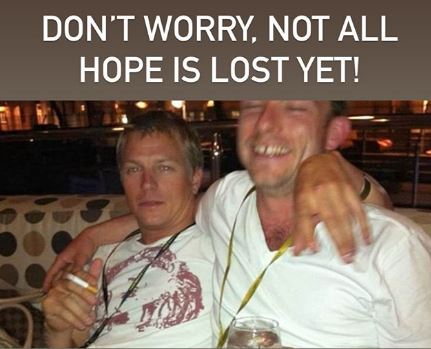 The pair may be the oldest drivers on the grid but are certainly men of different eras.

Hamilton, 35, is a vegan, eco-conscious fashionista whereas Raikkonen, 40, is from the old school of celebrity.

Known for keeping his words to a minimum at the track and rambunctious partying off it, the Alfa Romeo star insisted he is carrying the flag for the likes of Hunt.

A world champion in 1976, Hunt was incredibly popular for his carefree, happy-go-lucky style before his death aged just 45.

On Wednesday night, Raikkonen posted a picture of the 1970s icon smoking and drinking in the sun while topless, alongside Hamilton riding a scooter at Mugello while showcasing his matching chequered outfit.

He captioned the pic: "Evolution of a Formula 1 driver."

And Raikkonen added a throwback picture of himself partying, cigarette in hand, to hark back to a different time in the sport.

The veteran wrote: "Don't worry, not all hope is lost yet!"

Many F1 fans enjoyed Raikkonen poking fun at his old championship rival, showing their appreciation of the sport's less serious side.

Theo tweeted: "Kimi Raikkonen will NEVER be at Lewis Hamilton's level so all he can do is poke fun at his fashion sense…"

Tommy added: "I think a solid 80% of the F1 community either found it funny or completely agree. So it’s up to you whether you wanna lighten up a bit."

And Colleen posted: "Kimi Raikkonen's Instagram story should remind everyone why he is the best man ever. He doesn’t say much but when he does it’s gold."