LEWIS HAMILTON says he has worked harder than ever this year to win his record-equalling seventh world title.

The 35-year-old, who SunSport have revealed will be knighted in the New Year, has made this season look easy with 10 wins in 14 races but says it is all down to his hard work. 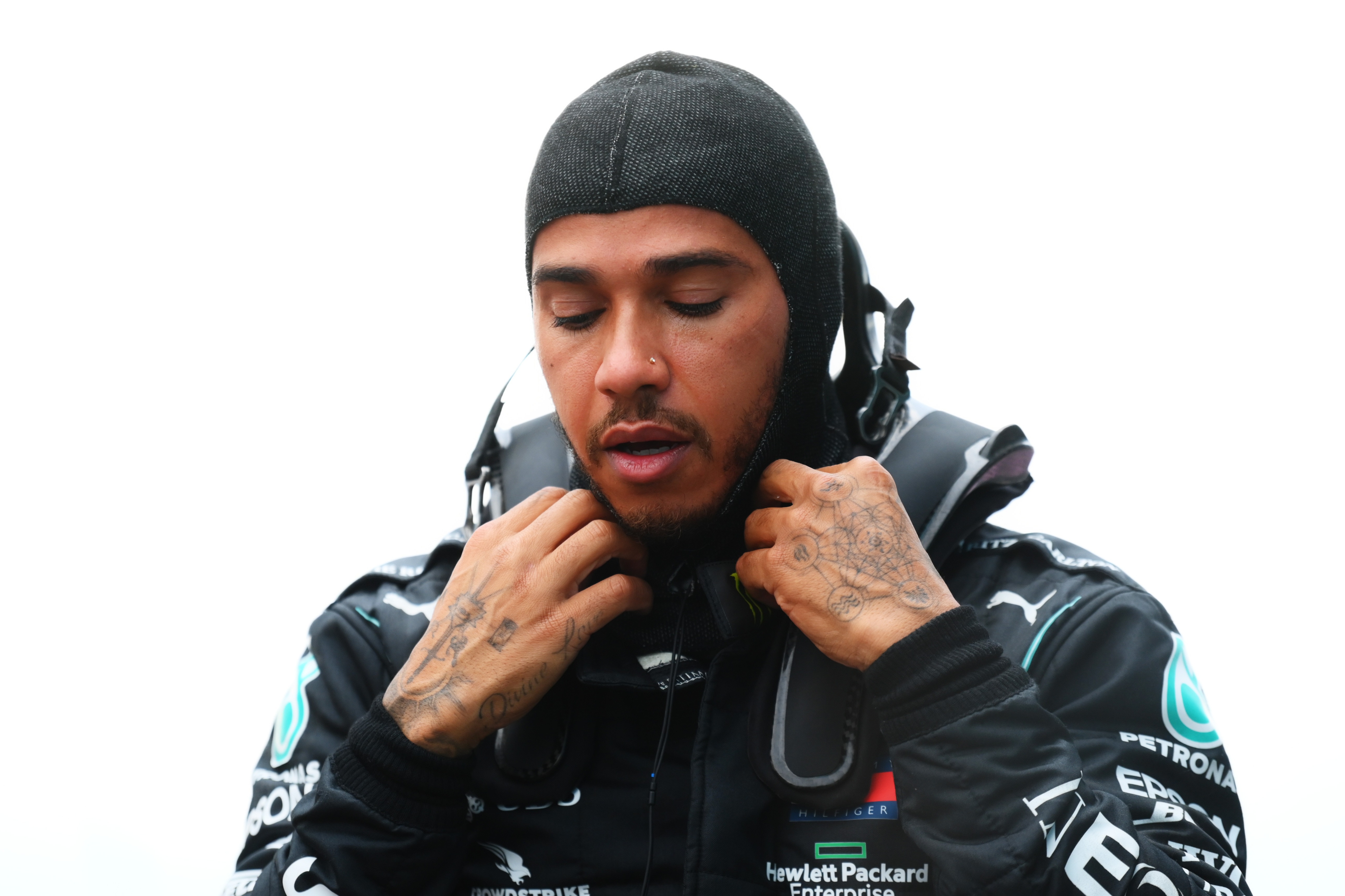 The Brit has spent more time at home this year due to the pandemic and has used the time to study his car's performance and understand the multi-function steering wheel.

Hamilton said: "People may think it looks easy, but I tell you man it's far from it. It has taken a long, long time to be as good as I am.

"I've been fine tuning them. And I think it's just focusing on things.

"I'm not great at communicating sometimes, so how can I do that better with the guys in the team?

"How can I be more positive every time I come to work and be more uplifting rather than drag on people? In the car, how can I better understand all the buttons?

"It's a lot of studying, I've done more this year than I would have done last year [because of coronavirus and its restrictions on life].

"I never understood that when I was younger, I'd just arrive and drive.

"The amount of homework I do in the background is probably the reason you see the results that I get today."

Meanwhile, his Mercedes team are looking to finish the season strongly in the final triple-header as the races swing to the Middle East, starting with Bahrain this weekend.

Boss Toto Wolff added: "We witnessed something truly remarkable at the last race in Turkey with Lewis winning his seventh Drivers' Championship and the way in which he did it was spectacular.

Lewis has cemented his position among the all-time best sportspeople in the world.

"In general, it was a difficult weekend for us as a team and a big challenge for everyone, but Lewis did an outstanding job to come from sixth on the grid to take victory and he has cemented his position among the all-time best sportspeople in the world.

"We had some mixed fortunes as it was a tough weekend for Valtteri, but we know how resilient and strong he is. I know he will bounce back stronger in these final three races.

"Now we look ahead to Bahrain and returning to a familiar circuit. It always presents an interesting challenge, because of the variation in track conditions and temperatures between the sessions.

"This makes it challenging to set up the car and gather the right information when it counts."