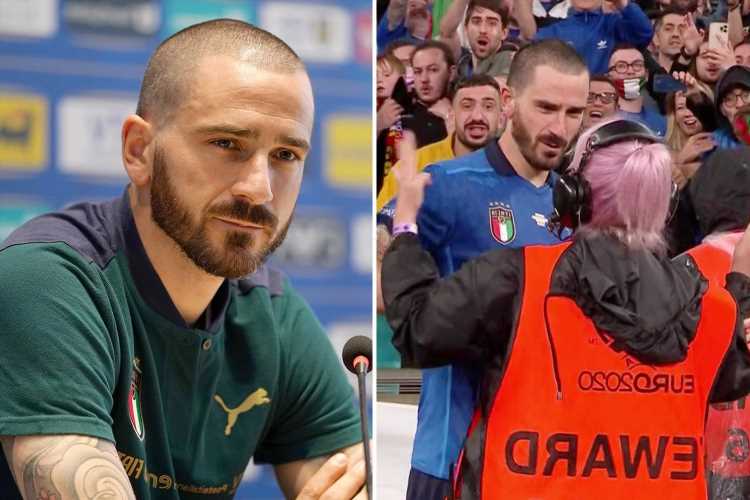 LEONARDO BONUCCI has promised to seek out the Wembley stewardess who tried to stop him getting on the pitch and give her a proper hug on Sunday.

Italy defender Bonucci was stopped from making his way back to the dressing room by a member of the stadium security who mistook him for a supporter at the end of their semi-final shoot-out victory over Spain. 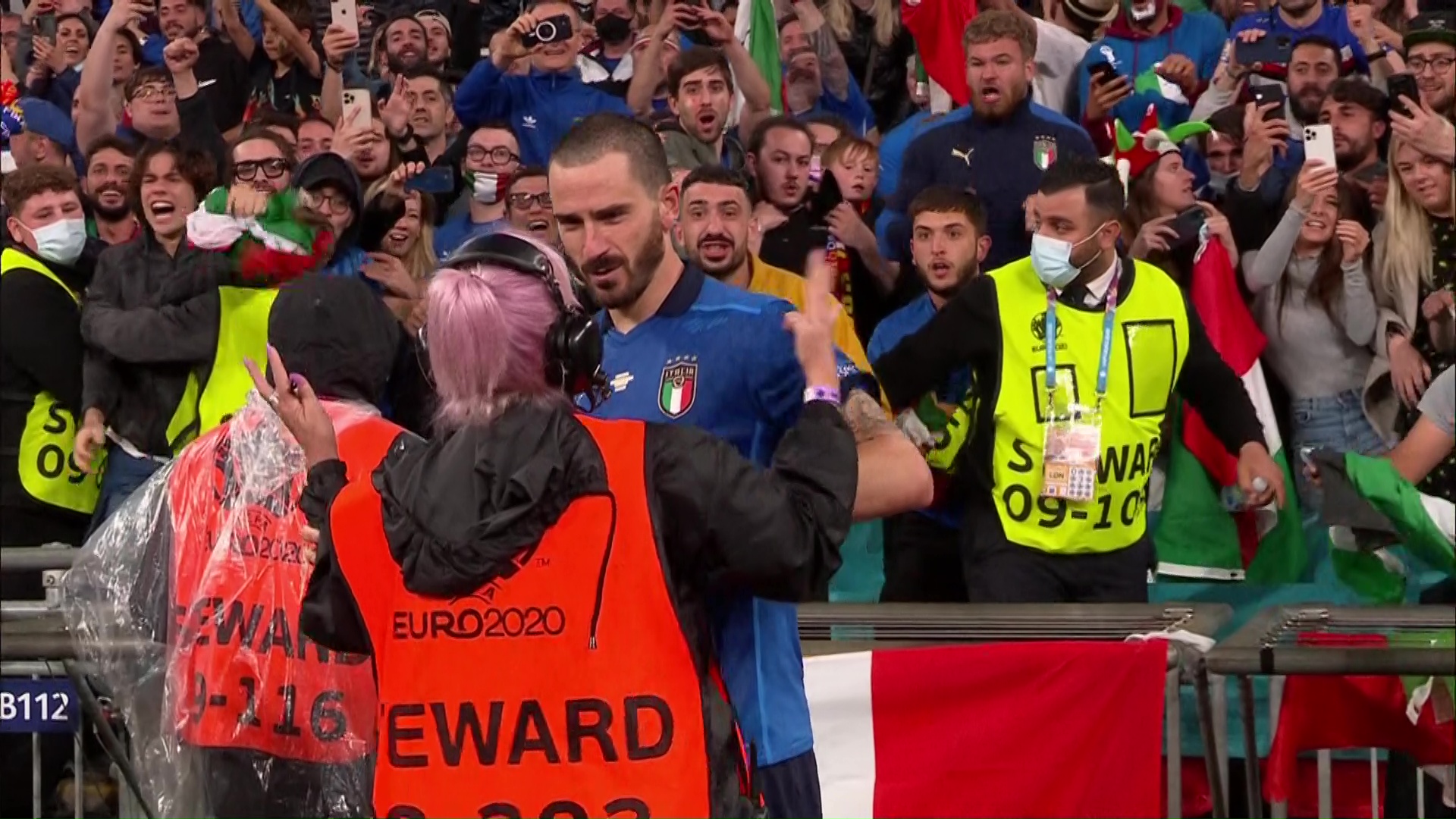 And the 34-year-old defender says he will reserve a special cuddle for the stewardess if he sees her at the end of this weekend’s Euro 2020 final against England.

The Juventus ace said: “It was a fun experience, let's say. I was disappointed for the hug because she stopped me, but I hugged her.

“She was a little bit cold, but I know the tension – they do a very tough job, they are spending hours to keep the fans at bay and this can happen.

“And if I recognise her during the final, or at the end of the final I will hug her again.”

Bonucci overcame his demons from Euro 2016, during which he missed a critical penalty, to score in the shoot-out win against Spain.

Now he turns his attentions to taking on England in front of their own fans at Wembley.

Bonucci is confident Italy's old guard can use all of their experience to avoid being given the runaround by England's young frontline in the final of Euro 2020 on Sunday.

Veteran Juventus duo Bonucci, 34, and Giorgio Chiellini, 36, have more than 200 caps between them, the established bedrock of Roberto Mancini's well-drilled side which has gone unbeaten through 33 games. 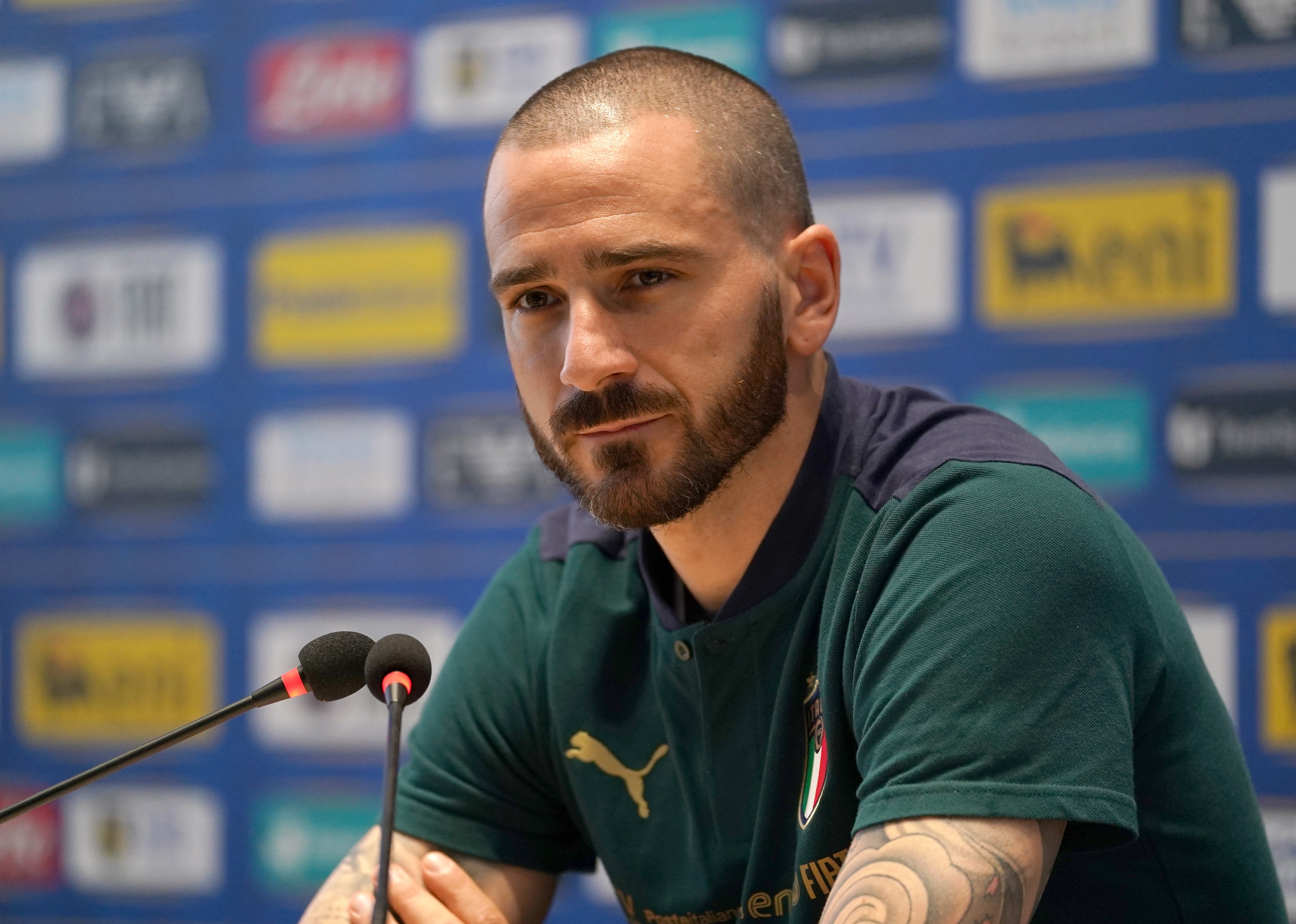 England are expected to present the toughest examination yet of the Italians' ageing central partnership, with Raheem Sterling and Harry Kane both looking to add to their tally while Arsenal's 19-year-old winger Bukayo Saka will be hoping for another chance to impress.

Jose Mourinho once claimed the Juve pair could give lectures on the art of defending at Harvard University, having seen them help secure a 1-0 win over Manchester United at Old Trafford.

And Bonucci is not about to let anything distract focus from producing another masterclass alongside Chiellini to help keep England quiet in front of a partisan Wembley crowd.

Speaking at a press conference from Italy's training base in Coverciano, Florence, Bonucci said: "It is the youngsters versus the veterans.

"The English forwards are very strong and are great players, so the whole team must be very cautious in our defence.

"We know how they can bring difficulties for us, so we will need to pay a lot of attention to the pace and quickness of their forwards like Harry Kane and the others."

SunSport have exclusively revealed that Italy have suffered a coronavirus scare with three media staff testing positive at the team's HQ just two days before the final.

Officials immediately strengthened the bubble around the team and carried out a series of tests to make sure none of the players or immediate staff were also affected.