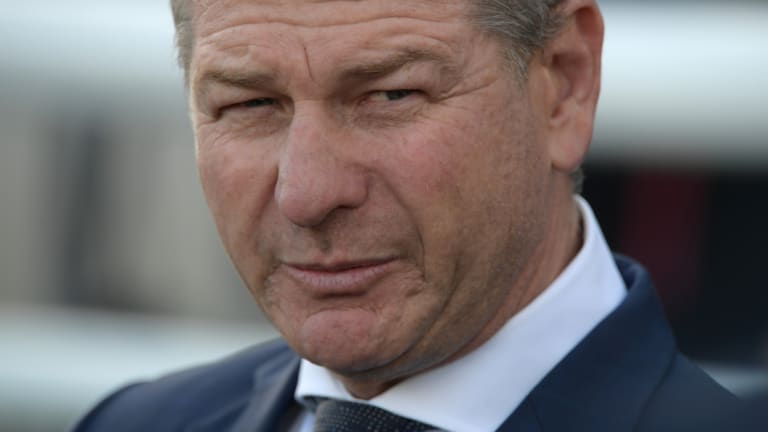 Chances: Kris Lees will be looking for big runs from Heredero, I Am Awesome and No Doubt Acracker at Muswellbrook on Tuesday.Credit:AAP

Irish-bred Heredero shapes as one of the better bets on the card in the final race, a BM58 handicap (1280 metres) for the boys. Peaking fourth run in from a cosy inside draw, the son of Lope De Vega should position up midfield before being unleashed down what is a suitable long final stretch.

But he will need to be on his game to defy the challenges from two runners down in the weights. Kashtan – a Smart Missile five-year-old from the Stephen Jones stable – comes out of a solid closing class 2 run at Gilgandra and should also be peaking fourth run in, while last-start Orange winner in this grade Rawson Crossing is another off-speed runner which looks well placed.

The Lees stable will probably saddle up the first favourite of the day in an open maiden (1000m) with resuming three-year-old filly No Doubt Acracker, which has trialled twice, but will need a dose of luck from a wide barrier.

Then promising mare I Am Awesome, with a stack of owners cheering her on, will be out to lump a big weight and claim her sixth career win from just 17 starts in the BM66 (1450m) Race 3.

Another of the stable’s standout chances comes in the Race 5 Maiden Plate (1450m) at set weights with lightly-raced filly Materiality having only her third start.

A real eye-catcher by Hinchinbrook out of a Rock Of Gibraltar mare, Materiality should have won when held up and forced to chance course a couple of times at Coffs Harbour before flashing late.

She goes up only 1kg from that effort and draws the inside and will appreciate the longer journey and straight.