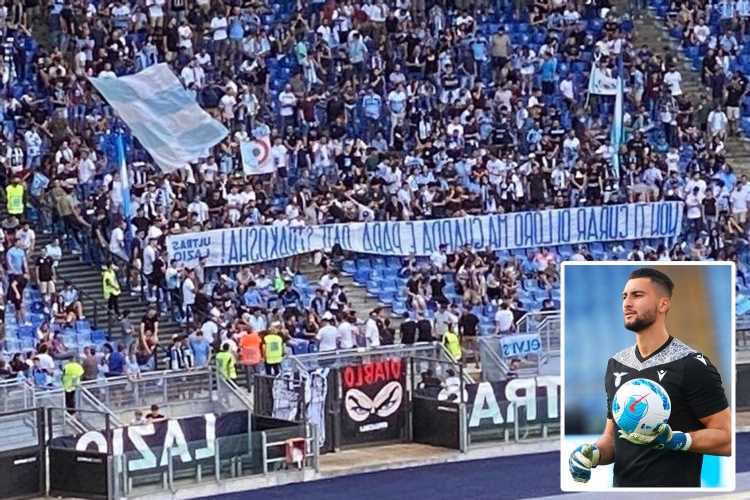 THOMAS STRAKOSHA was left tearful by Lazio supporters who unfurled a banner backing the keeper after his Galatasaray mishap.

The Albania stopper virtually put the ball in the back of his own net during the Serie A side’s  Europa League duel with the Turkish giants. 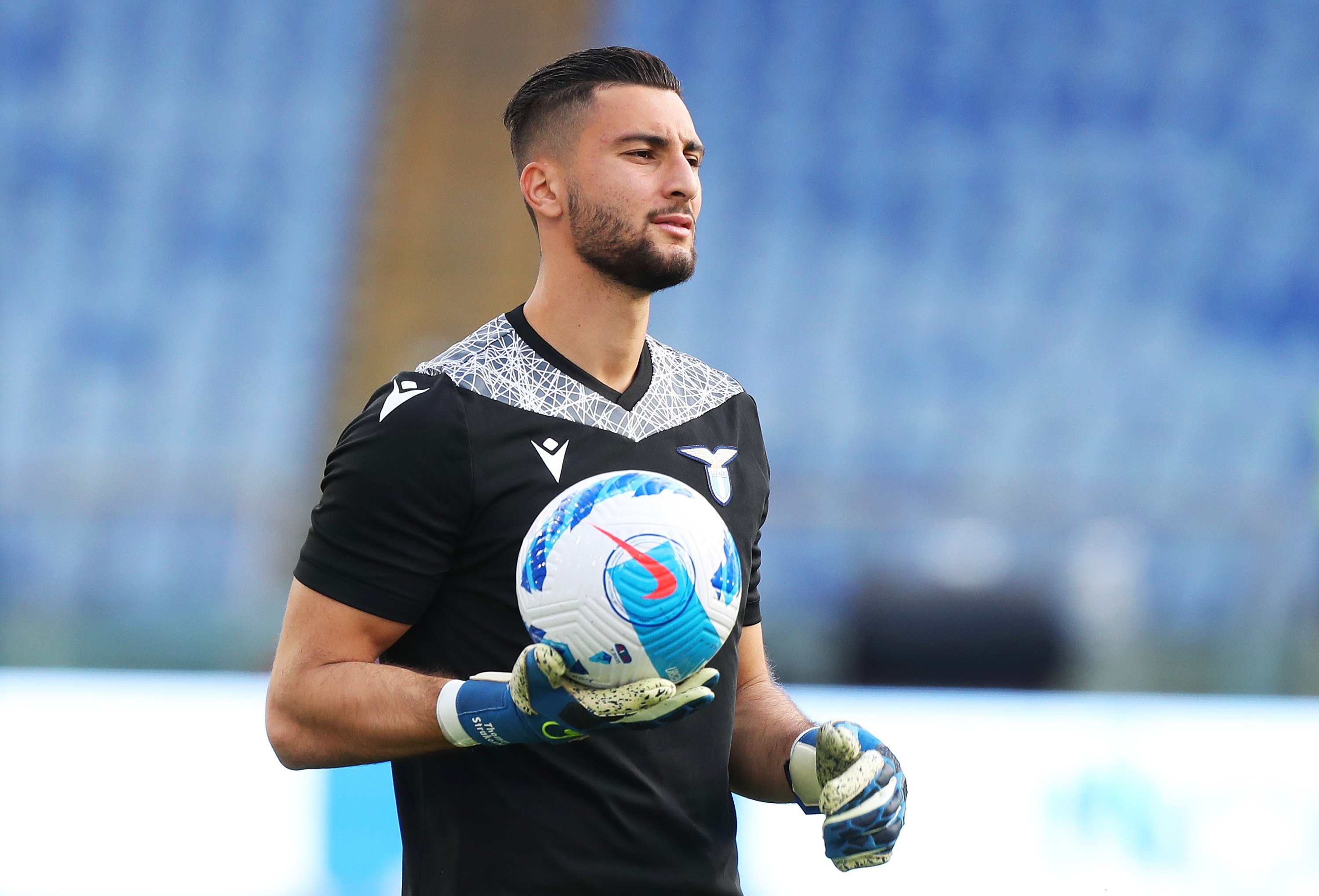 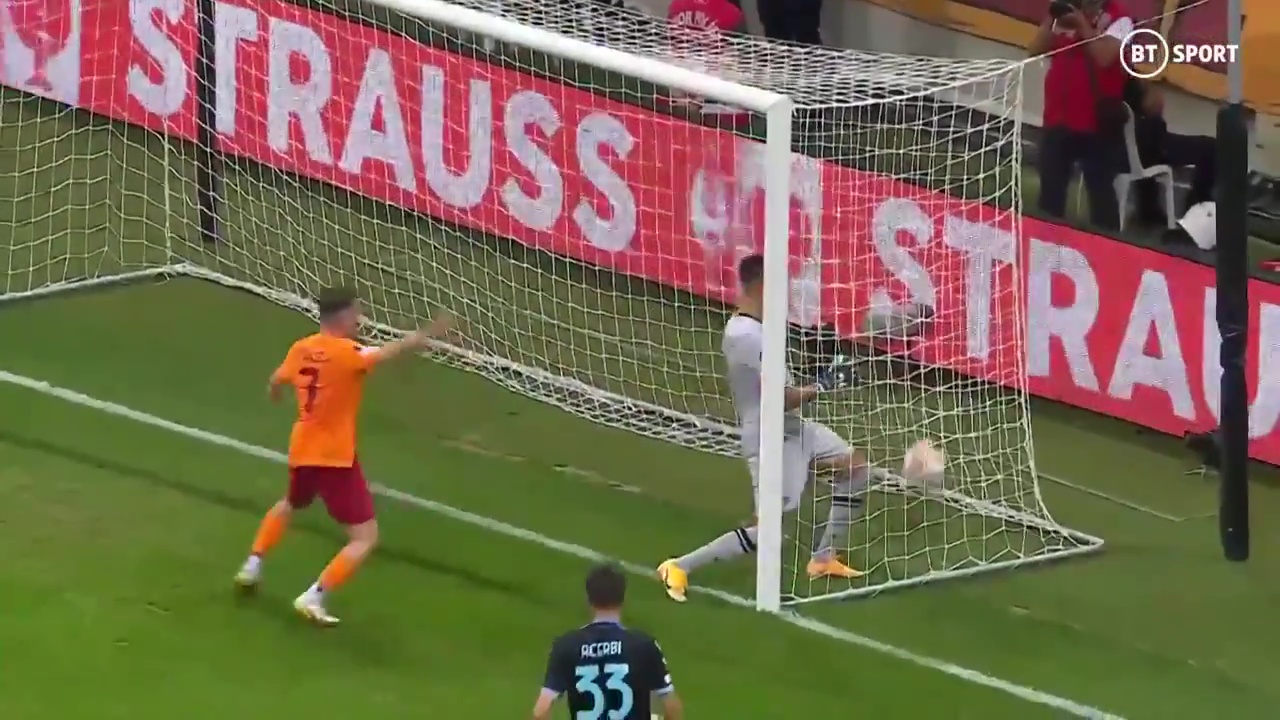 And the unfortunate error led to Lazio losing their opening clash in the competition with the Stadio Olimpico side falling to a 1-0 defeat in Turkey.

The stopper, 26, ended up tipping spooned high ball from Manuel Lazzari into the back of his own net rather than over his crossbar.

However, the club’s fiery fan base are keen to forgive and forget Strakosha's howler against Galatasaray.

They showed this was the case during the warm-up ahead of Lazio’s game against Cagliari this evening.

The quote said: “Don’t care about them, just look and go on.”

And Football Italia reports the unveiling of the message held aloft a number of the club’s ultras prompted an emotional response from Strakosha.

The Albania international, who joined the club as an Under-19 prospect in 2012, was seen sobbing into his towel.

However, the player started this evening’s game on the bench with ex-Liverpool stopper Pepe Reina preferred in goal.

Strakosha, who began his Lazio career at 17 has made 178 appearances for the club.

The keeper has won four major honours at senior level with the side including two Italian Super Cups.

Lazio, who are currently ninth after four Serie A games, are due to play Torino away followed by a derby duel with Jose Mourinho’s Roma.

And the club will take on Locomotiv Moscow in their second Europa League group stage clash.