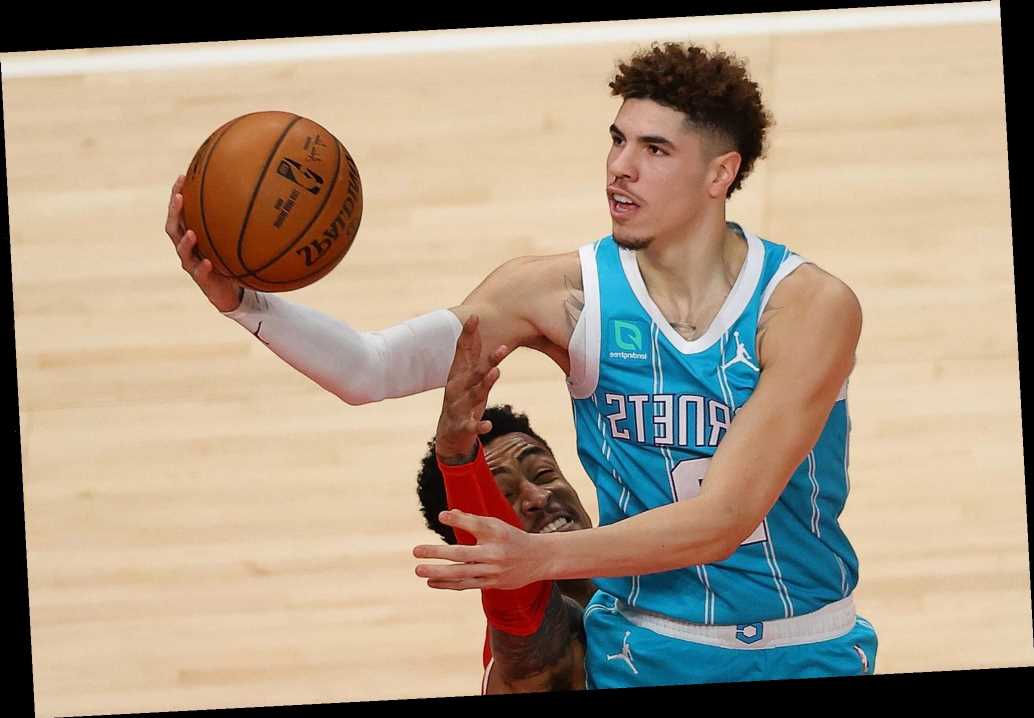 Tom Thibodeau shouldn't get all the credit for Knicks resurgence

Knicks giving fan base a reason to hope

No Knicks boos makes for sobering night at Garden

Empty Garden could be Knicks advantage this season

Charlotte rookie point guard LaMelo Ball is looking as electric as Knicks president Leon Rose envisioned. The 6-foot-7 Ball was the No. 1 point guard on the Knicks’ draft board and believed to be No. 1 on their board, period.

Ball fell to Michael Jordan’s Hornets at No. 3 and fully announced himself as the favorite for Rookie of the Year after his first career triple-double Saturday vs. Atlanta.

When the Knicks fell from No. 6 to No. 8 in August with the lottery gods turning angry again on New York, so went Rose’s chances of reuniting with Ball, a former Creative Artists Agency client.

Now former Knicks point guard Jermaine Jackson handles Ball’s affairs as manager. Jackson was Ball’s coach in high school at Spire Institute in Ohio in 2018-19. He enlisted with Ball professionally when Ball decided to play in Australia instead of the NCAA last season.

LaVar Ball said before the draft New York would be his top choice for his most talented son. And Papa Ball wasn’t the only one thinking along those lines.

“That would’ve been a phenomenal place,” Jackson told The Post from Charlotte Monday. “That was one of the places we all wanted to go. And I played there. I know the owner (James Dolan). I know the people there. It’s a phenomenal place. When you win, it’s an incredible place, New York. You always want to play for the Knicks. The last two years they haven’t had it (lottery luck).”

Because of a point-guard logjam, Ball comes off the bench for the Hornets, averaging 12.8 points, 6.3 assists, 5.9 assists and shooting a respectable 35.6 percent from 3.

Ball’s status should change as he’s becoming the face of the Hornets, even exceeding expectations with his readiness at age 19. In his last outing, Ball went for 22 points, 12 rebounds and 11 assists, shooting 9 of 13.

“I’m just being totally honest, nothing has surprised me,” Jackson said. “A lot of people thought I was crazy when I told them two, three years ago he’s the Michael Jackson of basketball right here. He doesn’t just sing. He sells records. He’s like a third-year player in the league right now. He’s been playing ball since he was 16 years old.”

Indeed, LaMelo Ball had a quick stint in Lithuania at age 16 before returning home to enroll at Spire.

“I’ve seen this, I’ve seen it in high school,” Jackson said. “What he’s doing is not surprising to me at all. He’s a real live student of the game who has a real knack and feel for it. He’s a filmer. What I mean is that is he’s always watching film.”

Jackson moved with Ball to Charlotte and hasn’t been able to watch Ball in person, but is content to stay in their home and watch Ball on the big screen.

Ball probably should have been the No. 1 pick and Minnesota (Anthony Edwards) and Golden State (James Wiseman) may regret this.

According to NBA sources, Ball dropped because of 3-point shooting fears, team interviews that weren’t spectacular as a quiet kid and the elephant in the room. His father, a former Jets tight end on their practice squad in the 1990s, can be a distraction. So far, LaMelo has been a lot louder than LaVar, who has stayed in California and away from Jordan.

Toppin, selected eighth, is out indefinitely with a calf strain, last playing in the season opener following a modest preseason. After a big start, Quickley has looked very shaky the past three games (1-for-14 with seven points) as teams adjusted to his bouncy game.

Jackson, a former Georgetown star, loved “the enthusiasm” when he played for the Knicks during the Isiah Thomas era in 2004-05. Maybe some day Ball will leave sleepy Charlotte.

“The Charlotte organization is like family and he’s comfortable with them,” Jackson said. “He’s having fun. He’s here to do a job.’’