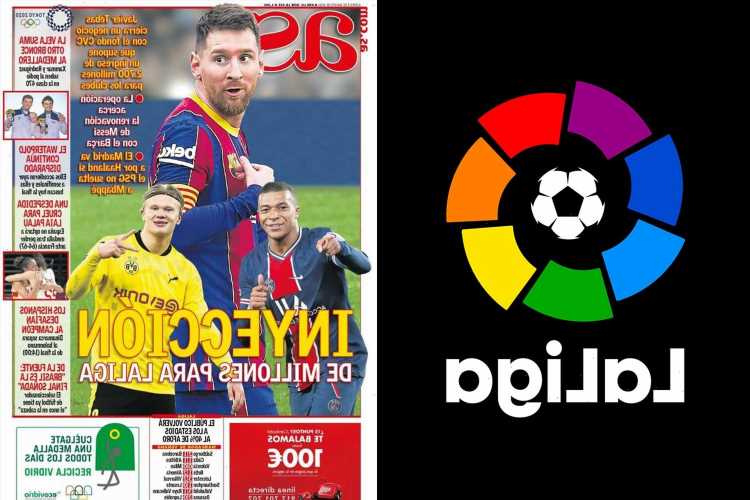 LALIGA’S top clubs are reportedly confident they can now compete with the Premier League’s finest in the battle to sign the likes of Erling Haaland and Kylian Mbappe.

The Spanish top-flight announced yesterday that they had reached an agreement with international investment fund CVC. 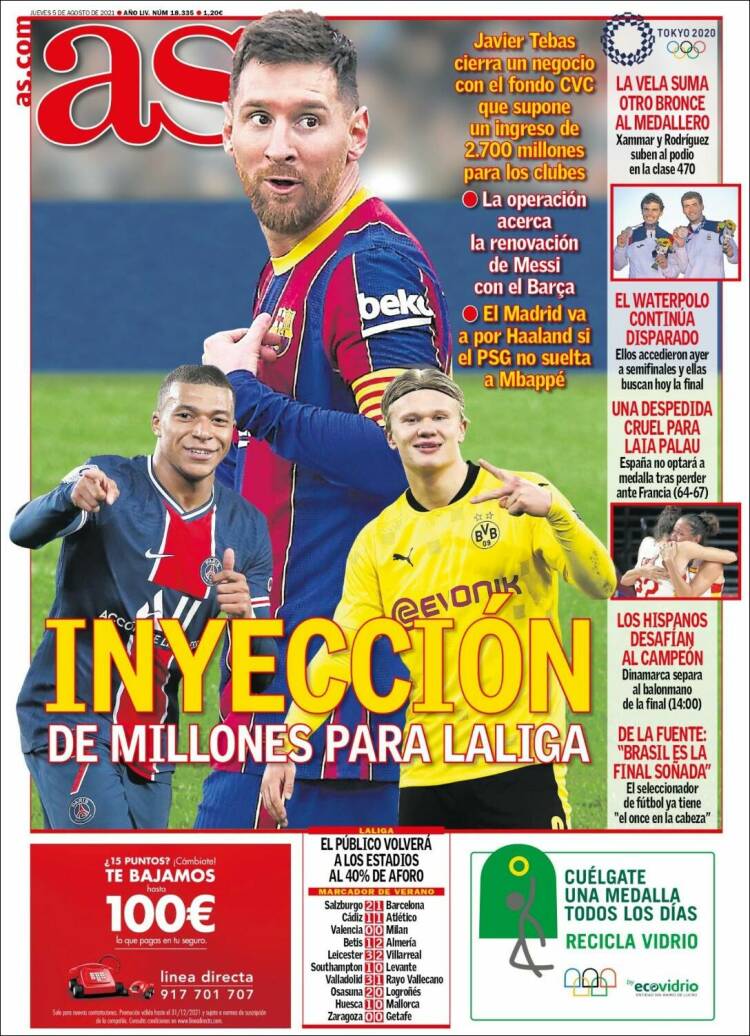 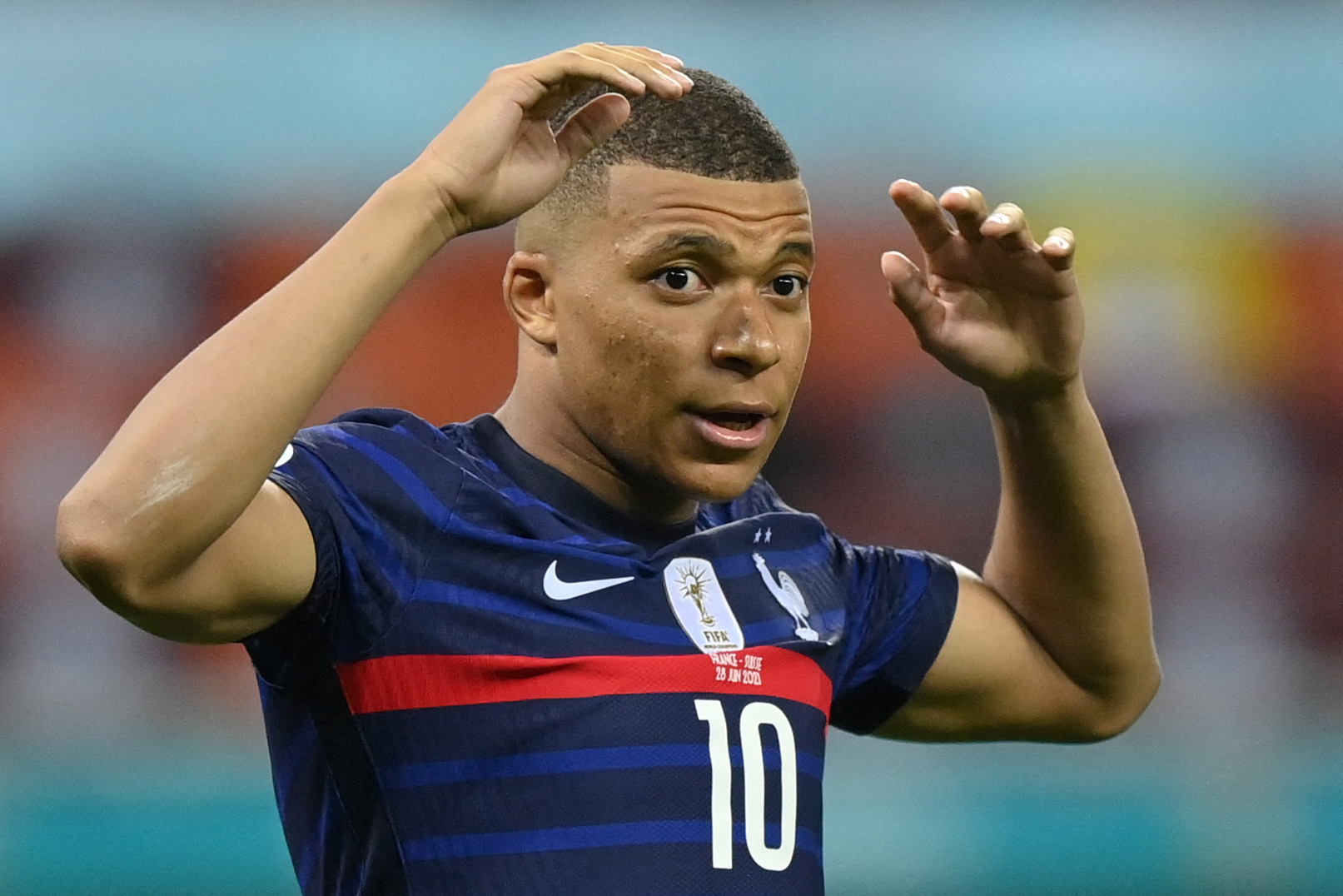 That should lead to a believed cash injection of around £2billion into the league for a ten per cent stake.

LaLiga sides will get 90 per cent of this injection and will receive a low interest rate on a 40-year repayment plan.

And around 15 per cent of that cash boost will go straight into the clubs’ playing squads, says AS.

That means that the renewal of Lionel Messi’s contract at Barcelona just became ‘a lot realer’ as well as the potential signings of in-demand Haaland and Mbappe.

Messi, 34, became a free agent at the end of June but he has been in talks with the Catalan giants over a new deal throughout the summer and is expected to sign before the weekend.

Barcelona were hoping to delay 40 per cent of the wages of Gerard Pique, Sergio Busquets, Jordi Alba and Sergi Roberto in order to pave the way for Messi.

And a mass exodus could also still take place at the Nou Camp as a major rebuild gets underway.

Samuel Umtiti, Miralem Pjanic and Martin Braithwaite all look to be on their way out the door as they desperately try to reduce their wage bill while still trying to tie down their talisman.

However, this injection of capital will help them out hugely financially.

Barca’s bitter rivals Real Madrid have also had to lighten the load with regards to their wage bill even though their situation was not as precarious. 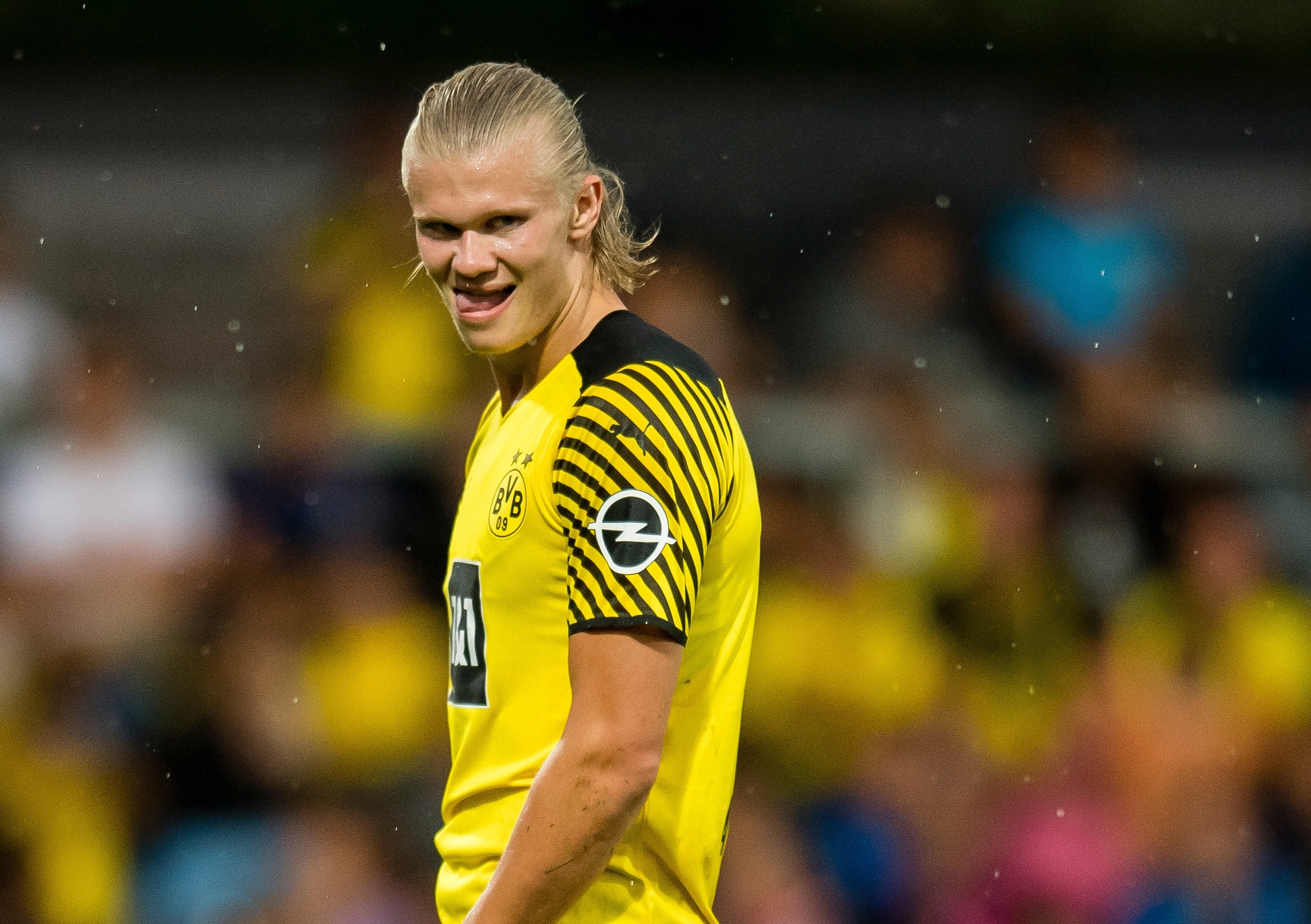 They have been unable to bring in any major signings over the summer and have also been unable to shift Gareth Bale and his whopping salary off the books.

However, Paris Saint-Germain forward Mbappe remains their No1 target while Dortmund’s Haaland is another chief Florentino Perez wants to bring to the Bernabeu.

And this cash boost means they can now compete again in the transfer market with the wealth of England’s Prem clubs.