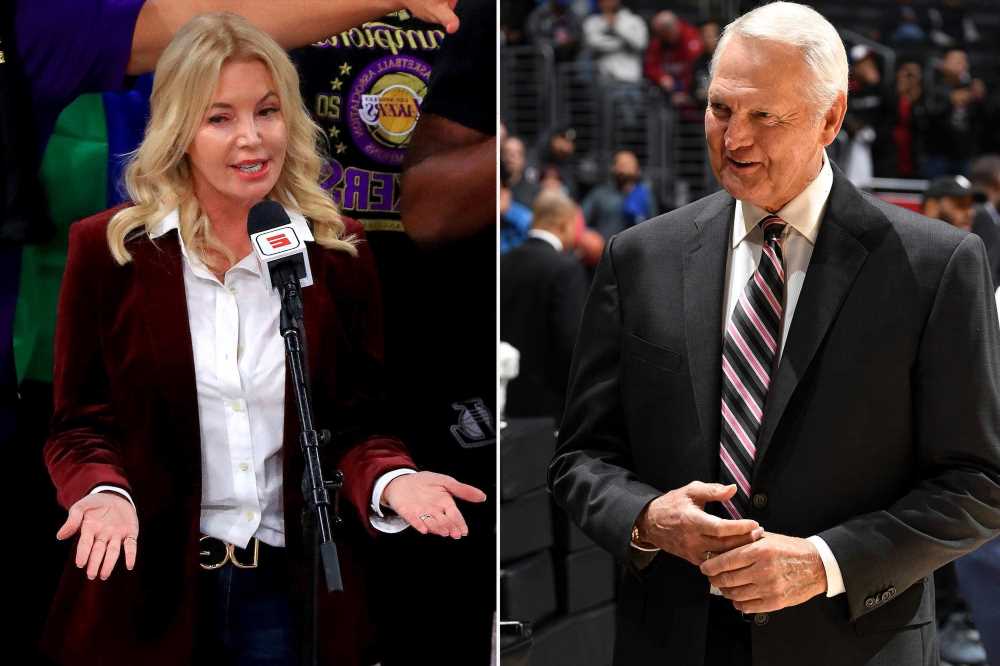 Knicks set up for perfect way to end playoff drought

Lakers legend Jerry West feels snubbed by team owner Jeanie Buss after she didn’t include him in her top-five most important Lakers of all-time.

West — whose silhouette is the official NBA logo — spent his entire 14-year playing career with the Lakers and led the team to a title in 1972. He was named an All-Star every season, was voted on to 12 All-NBA teams and was head coach of the Lakers from 1976 through 1979, leading them to the playoffs each year.

But, Buss still doesn’t consider West as one of her top-five most important Lakers of all-time.

During an appearance on the “All the Smoke” podcast in April, Buss declared Kareem Abdul-Jabbar, Kobe Bryant, Magic Johnson, LeBron James and Phil Jackson, who was head coach of the Kobe-Shaquille O’Neal dynasty team, as her top Lakers of all-time.

“I saw the other day Jeanie Buss made a statement, the five most important Lakers, one of the most offensive things I’ve ever heard in my life,” West said on the “Hoop Du Jour Podcast” this week.

“I was there a lot of times, had a lot of success. Be curious to know if they would have had that success if I hadn’t been there.”

West served as general manager and executive vice president of the Lakers from 1982 to 2000. In that time, he played a pivotal role in forming Lakers dynasties and was instrumental in Los Angeles acquiring Bryant and O’Neal. West was inducted into the Naismith Memorial Basketball Hall of Fame in 1980.

“I don’t ever take credit for stuff, I don’t. When I was around, maybe I was just a good luck charm,” West said. “But I do know, that when this thing fell apart, there was a lot of years where they weren’t very good.”

Other legendary Lakers who didn’t make the cut for Buss’ list for the storied franchise include O’Neal, Wilt Chamberlain, Elgin Baylor and James Worthy.

O’Neal, during an episode of “Inside the NBA” earlier this month, said he didn’t agree with Buss’ list, but respected her decision. He gave a lengthier explanation on his “The Big Podcast with Shaq.”

“I’m 49 years old. For the past ten years, [I’ve learned] you have to respect people’s opinion, even if their opinion is not [the same as] yours,” O’Neal said. “I love Jeanie Buss… I don’t wanna have a fight about this. I’m glad my name is mentioned, period. I’m glad my statue is in front of Staples Center. I’m glad my jersey is hanging over there… I’m not mad about that.”