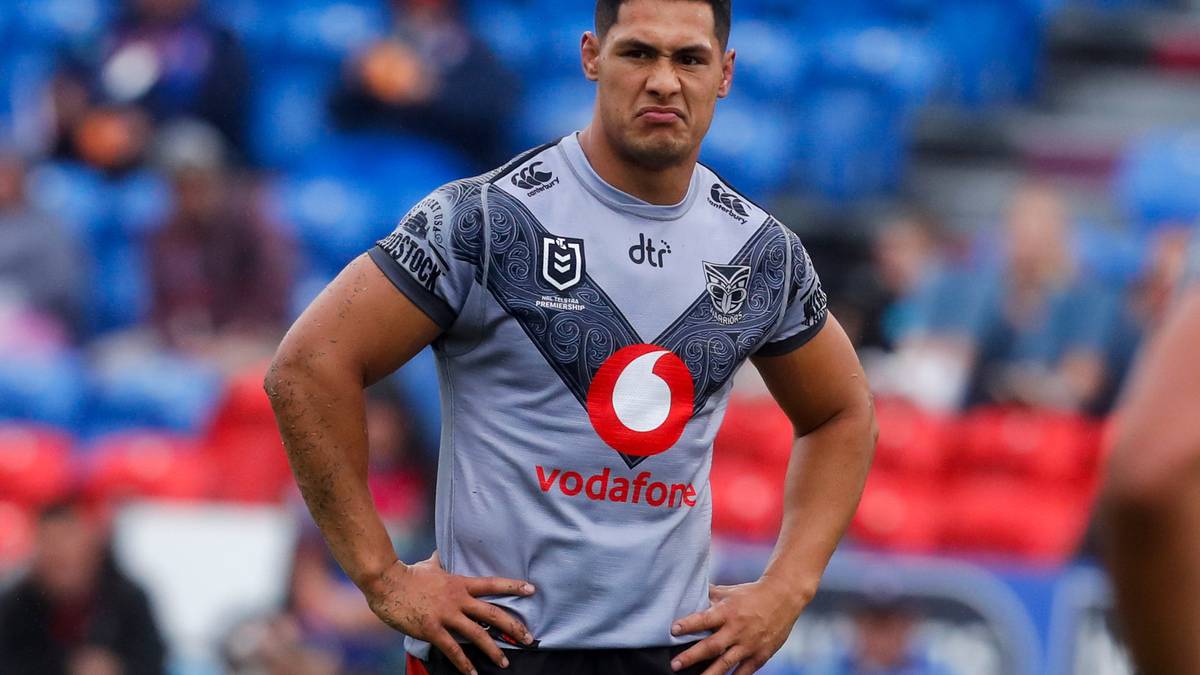 Pluck up your courage, Warriors fans. The worst-possible scenario regarding one of your players has come true.

Roger Tuivasa-Sheck, the Warriors’ noble and honourable skipper, will play his final season in the NRL in 2021. He will forgo the final year of his contract to play rugby union as the dangling carrot of an All Blacks future proved too tempting to pass up.

Tuivasa-Sheck has paid his dues since arriving at the Warriors in 2016, playing for an organisation that, simply put, failed to take advantage of his talent and build consistent success.

One finals appearance in five years, and a winning percentage of 42, is all the Warriors have to show for a stretch where, for the most part, they were spoiled with the likes of Shaun Johnson, Issac Luke and Tohu Harris also on the roster.

While they should be given some room to plaster up their wounds and come to terms with their loss, the Warriors must accept they are to blame for what feels like a wasted relationship with Tuivasa-Sheck, highlighted by a background of poor recruitment and questionable leadership.

It’s hard to imagine Tuivasa-Sheck would leave the club and the game, still with one year left on his contract, if the Warriors were in genuine contention for an NRL Premiership.

There is a common idea in American sports that when one of the game’s best players is available, whether in free agency or on the trade block, you go all in for them. And once you land said star, you then do everything in your power to build around them and give them what they need to win.

Club CEO Cameron George said in early 2018, when Tuivasa-Sheck inked a four-year extension until the end of 2022, that “he’s a type of person we can build our club around”. He added the move was “critical to their future”.

Unlike the Field of Dreams, the fruitful future and high-calibre players did not come. Particularly in the spine, Tuivasa-Sheck has been all alone since Johnson was released by the club at the end of 2018.

And do not forget the club essentially pushed Johnson out the door following their most recent finals appearance to date. They informed the playmaker and his agent they were in no rush to re-sign him, and he was free to test his value elsewhere, ultimately being let go of his contract with one year remaining. Not a smart move.

In place, the club added Kodi Nikorima part-way through 2019. But it did little to soften the blow of losing Johnson and the likes of Blake Green and Mason Lino in the halves, as well as Isaiah Papali’i, Issac Luke and James Gavet all by the end of 2020, via their own or the club’s hands.

If you want to be very critical, throw Charnze Nicoll-Klokstad into the mix, who the Warriors clearly didn’t recognise had potential.

Granted there are host of new faces for the 2021 season, but we are yet to see if any are home-run signings.

The head coaching position carousel also resembles an element of ineptitude. Stephen Kearney – who was hired ahead of the 2017 season – may be highly regarded by his peers and as an assistant, but his head coaching record then and now is mightily underwhelming.

Former assistant Todd Payten choosing the relatively unknown North Queensland Cowboys over the Warriors suggests the position is more of a poisoned chalice than a favourable job.

A key difference between the Warriors and New Zealand Rugby – their opposition in the RTS scenario – is structure. Sports teams, like any business, succeed when there is stability from ownership down to management, and through to the lower ranks.

Ownership spats have been entrenched in the Warriors’ now 26-year history, the most recent coming after a change in ownership via a joint venture between Carlaw Heritage and Autex Industries in 2018. There was a boardroom dispute a year later with the relationship between the two apparently breaking down.

Mark Robinson became the sole owner, and while he has had little time to truly smother his fingerprints over the club on his own, the idea of cohesion up top feels a lost desire until proven otherwise.

By contrast, New Zealand Rugby and the All Blacks have a healthy track record in this department, and the fact they are the one of the most successful sporting team globally ever, is hard to ignore.

On Saturday, upon confirmation of his switch to the 15-man code, Tuivasa-Sheck said the desire to play rugby had “always been there. It’s no secret”.

Would it be the same scenario had he been playing for the Melbourne Storm or South Sydney Rabbitohs? Do you leave a job with good chances at claiming the biggest award, and your satisfaction levels likely blooming? Unless it is retirement, I don’t think so.

On the other side of it, inclusion into the All Blacks is not guaranteed, and if Tuivasa-Sheck has sat down and researched the current makeup of the national team, he knows the depth in New Zealand rugby’s outside backs is impressive – possibly the best it has ever been.

Adding that he has not played rugby in a decade, there is a genuine amount of risk with his move.

But, apparently, it remains a more attractive situation than staying with the Warriors.