Nick Kyrgios admits he's struggling to "lay it all on the line" as he enters a sixth Australian Open campaign.

While feeling "in a good spot" after seeking professional help to conquer his mental demons, world tennis's most mercurial talent concedes he's finding it tough to fully commit 100 per cent to the rigours of life on tour. 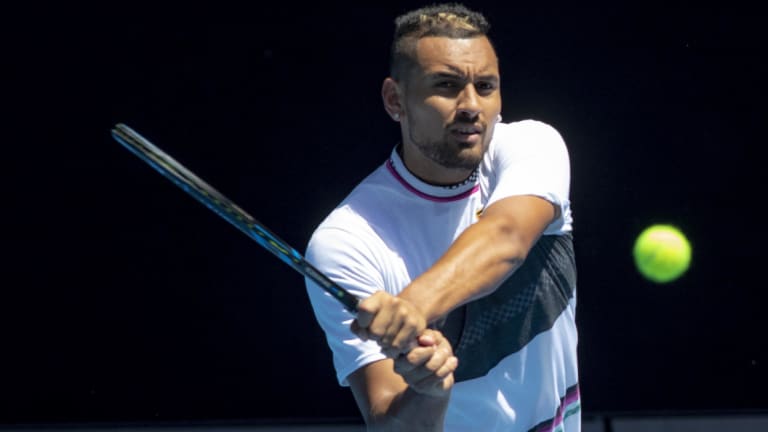 "If I had 1 per cent of what John could do every single day – training 100 per cent, ticking all the boxes – I'd probably be much more of a player than I am right now," Kyrgios said.

"But I'm still working on it."

Refreshingly for his fans, Kyrgios still hope it "happens" for him.

"We all can hope. I hope so. But it is what it is at the moment," he said, before brushing off his supposedly brutal Open draw.

"People are going to think: 'You drew Raonic, it's a bad draw.' I don't really care," said the world No.52, who is unseeded in Melbourne for the first time since making the quarter-finals in 2015.

"I'm healthy, happy, I'll go out there and compete. Whatever happens, happens.

"We both know each other's games fairly well. We know what's coming.

"I can see it as a good thing. I have to be locked in from the get-go."

Chip and Joanna Gaines are one of the most popular couples in pop culture. They rose to fame on the...

Prince Harry and Meghan Markle's six engagements before they step down