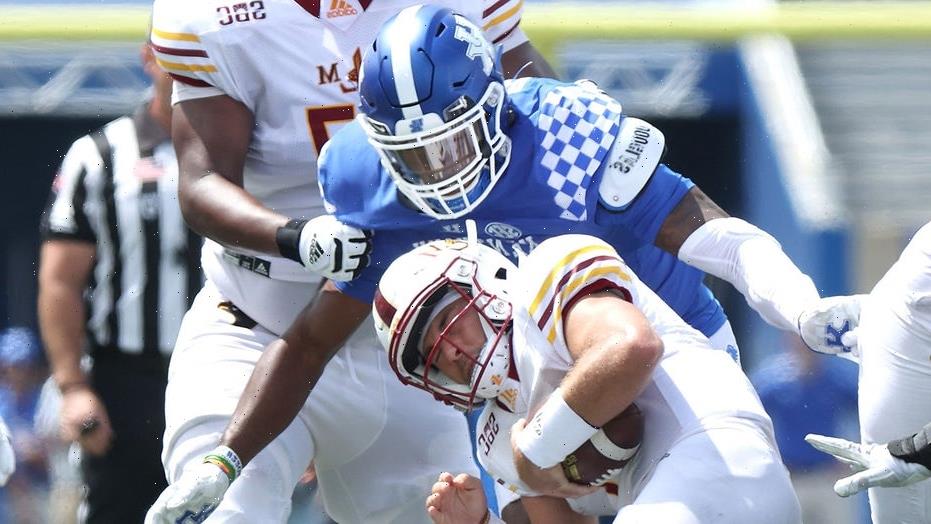 Kentucky linebacker J.J. Weaver went viral on Saturday ahead of the team’s game against Georgia.

The picture showed Weaver and the six fingers he has on his right hand. Weaver is in his third season with the Wildcats and through six games he has 17 total tackles and four sacks. He’s been a key member of the Kentucky defense which has helped the team to an undefeated record so far. 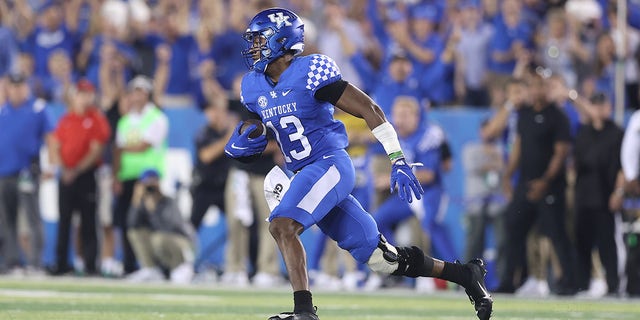 J.J. Weaver #13 of the Kentucky Wildcats runs with the ball after intercepting a pass against the Florida Gators at Kroger Field on Oct. 2, 2021 in Lexington, Kentucky.
(Andy Lyons/Getty Images) 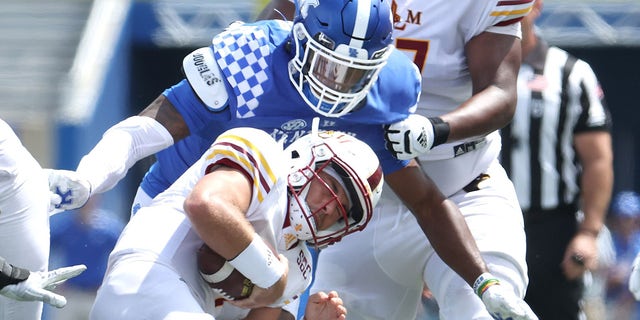 Weaver’s photo went viral ahead of the pivotal SEC matchup but one of the best reactions came from former New York Yankees pitcher Jim Abbott.

Abbott, who was born without a right hand, tweeted: “No fair.” 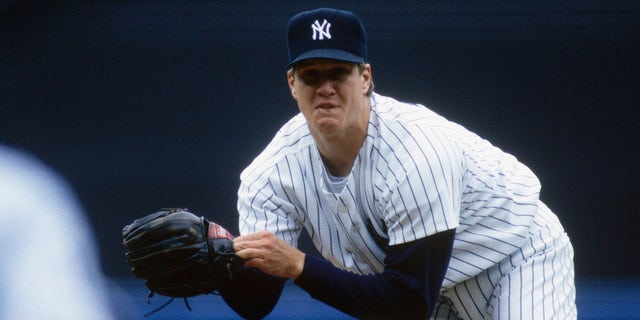 Jim Abbott #25 of the New York Yankees, pitches during a game in the 1993 season at Yankee Stadium in Bronx, New York.
(Photo by Focus on Sport via Getty Images)

Kentucky will have its toughest game of the season against Georgia. The Bulldogs are No. 1 in the AP rankings and are undefeated as well.