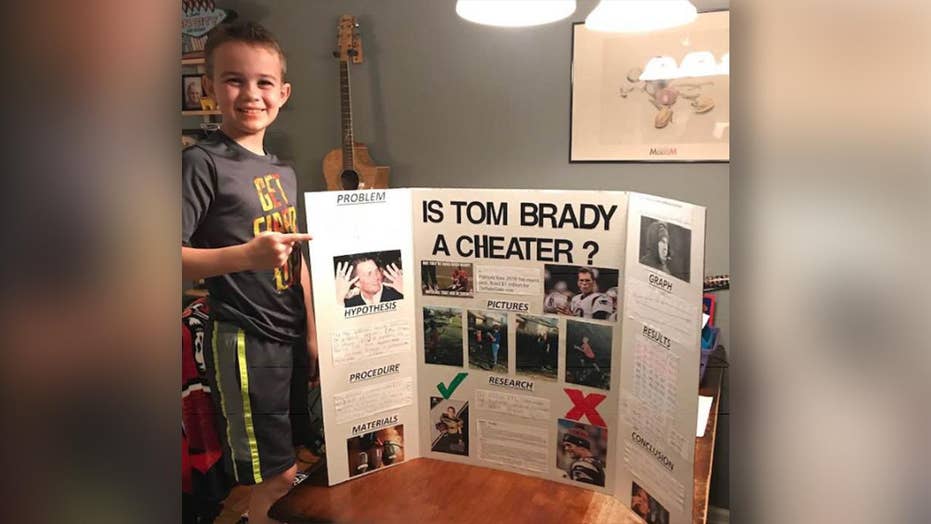 So says Millcreek Elementary School, in Lexington, Ky., which named 10-year-old Ace Davis the winner of the school's science fair for his project 'proving' Brady cheated during the 2015 AFC Championship game.

Davis, who also plays quarterback for the school's football team, titled his project: “Is Tom Brady a cheater?” It focused on the Patriots star's use of under-inflated footballs during the AFC Championship game against the Indianapolis Colts. The Patriots beat the Colts, 45-7, in that matchup, advancing to (another) Super Bowl and winning it (again). The next season, however, the star quarterback received a four-game suspension and the Patriots were fined $1 million for the scandal known as “Deflategate.” That penalty barely fazed the Pats, however. New England again won the Super Bowl that season, completing an all-time comeback against the Atlanta Falcons to capture Brady's fifth title with the team.

But Davis decided he would succeed where the NFL had barely made a dent. Why?

“Because I hate Tom Brady,” Davis told NFL Draft Diamonds. “He’s been accused of cheating before. I want him to be caught."

Davis — and the league — believed the deflated footballs helped give Brady an advantage during the 2015 game. To test his theory, the boy threw footballs with different amount of air in them to see which would go the farthest. He determined the football with the least amount of air went the farthest.

The youngster, who is a fan of the Tampa Bay Buccaneers, offered his prediction for how Brady would play in this year’s Super Bowl, which comes against the Los Angeles Rams: "…Brady plays terrible – three interceptions, Rams win 30-14.”

Asked what he would say to Brady if he ever met him, Davis was unrelenting in his remarks to NFL Draft Diamonds.

Said Davis: “Gimme some of your money, you don’t deserve it."