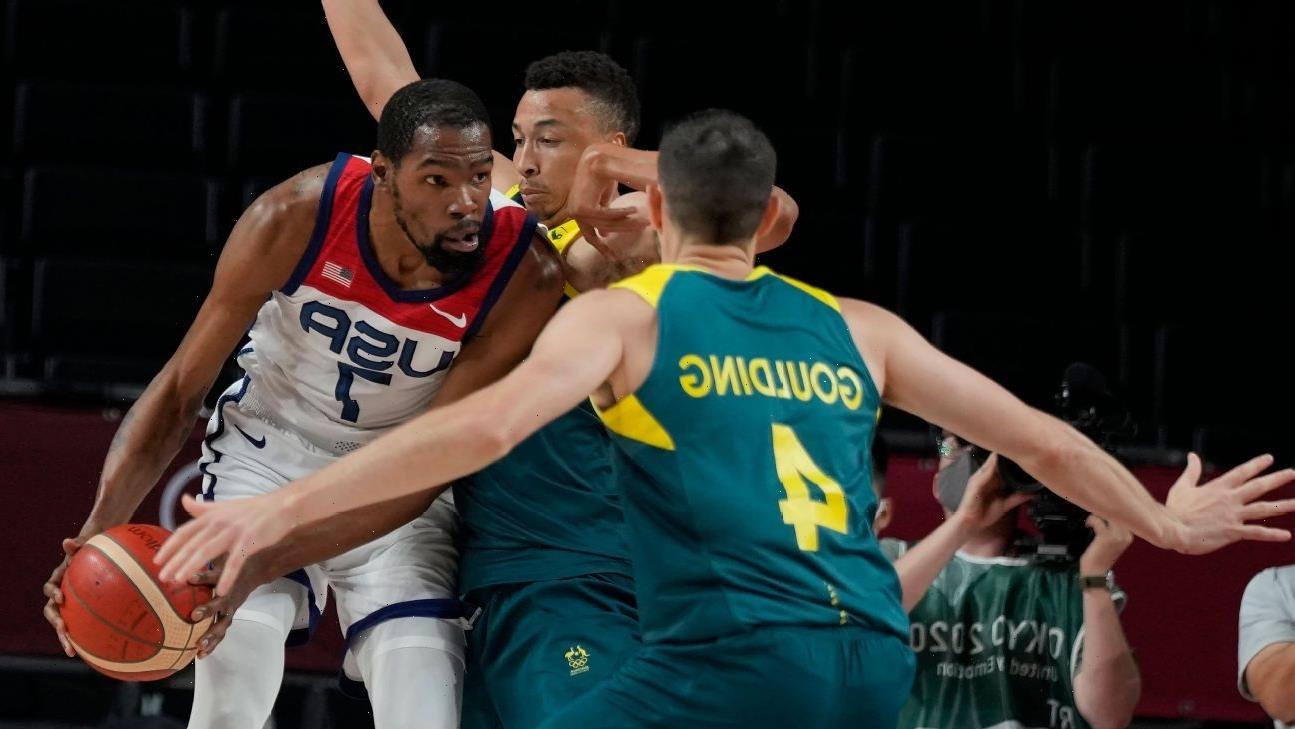 SAITAMA, Japan — When Team USA started feeling that historic heat, the creeping grip of an unshakable loss, they went to the men with the rings.

Kevin Durant and Jrue Holiday, NBA champions, showed the kind of skill and poise that is absolutely vital in high-level basketball even on an August Thursday afternoon in a Japanese suburb.

Durant and Holiday didn’t just break Australia’s spirit in the Olympic semifinals, they lifted their entire team up around them in a brilliant performance that led to a 97-78 victory. It means a berth in Saturday’s gold-medal game as the Americans will go for their fourth in a row.

Australia had prepared for this game for a long time and came out with a smart game plan, crisp execution and tight focus. The Australians showed Team USA some defensive looks they’d clearly saved, unveiling double teams and speed rotations that got the Americans on their heels.

This game meant everything for the Boomers, who were in their fifth Olympic semifinals and looking for their first win. They have seven players with NBA experience, led by Patty Mills, who of the greatest scorers in Olympic history, playing in a game that would have earned them respect amongst their peers and their countrymen for the rest of their lives.

With that as the backdrop, they played like it and methodically built a 15-point first half lead. This has turning into a calling card for this version of Team USA, which tends to start games with choppy execution and poor shooting.

It was dangerous to dig a hole under these circumstances but, bottom line, the Americans had Durant, who had 23 points and wasn’t needed in the fourth quarter, and the Aussies didn’t.

With the offense sputtering and the 3-point shooting, the heart of Team USA’s offense that was absent as they missed their first 10 3s, totally failing, Durant put his head down and went to work. He grinded his way to seven first-half baskets. Holiday was his partner, putting together six first-half assists while being the lead defender on Mills.

The U.S. closed the first half on an 8-0 run as Australia started to waver as the lead with cut down to just three. This was a vital moment, especially because the Americans have shown an ability to be a great third-quarter team.

When the second half started, Durant and Holiday took the game by its neck and put it down. Holiday, who had 11 points, made two baskets and Durant made three out of the gates, two of them 3-pointers. It was a 12-0 run that made it 20-0 when attached to the end of the second quarter.

It was helped by strong defense led by Holiday and Durant challenging shots and backed but big men Bam Adebayo and Draymond Green, whose versatility came through. After starting 13-of-26 shooting, the Australians were clearly shaken by the Americans going on the run and started missing even the easiest of shots as they went 3-of-16.

Durant and Holiday’s confidence was infections, particularly to Devin Booker. With the Aussies desperate to stop Durant, Holiday started looking for Booker. He nailed two 3-pointers and scored 10 of his 20 points in a third-quarter kick that turned the game into a rout. Mills ended up with 15 but most of them after the game was already decided.