And the Italian giants look set to re-sign Moise Kean on a two-year loan with an option to buy the Everton forward for £17million. 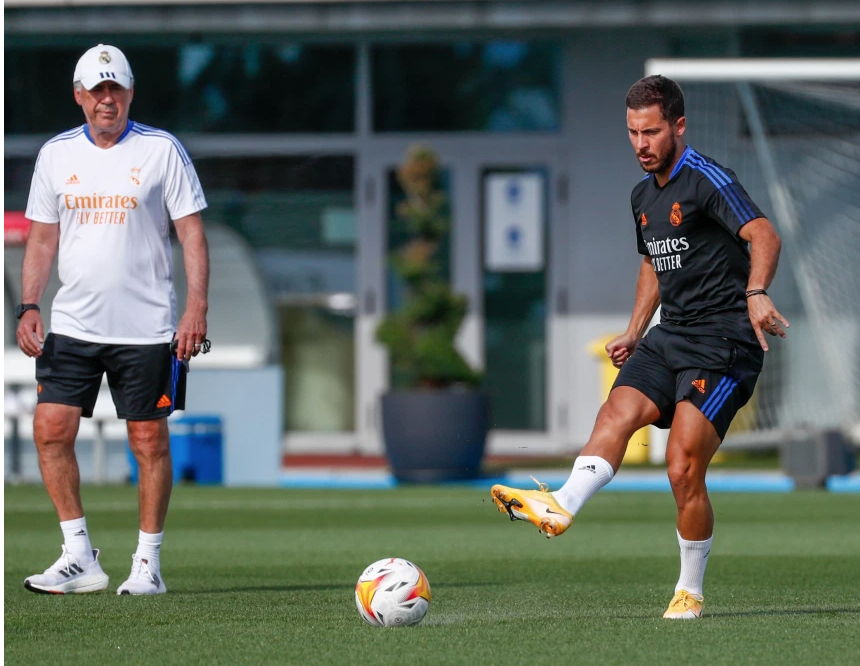 Spanish outlet AS claims the Turin side are keen on Real Madrid striker Jovic, 23, who netted four goals in 23 appearances on loan at Eintracht Frankfurt last term.

Meanwhile, Marca reports the Italian outfit are also keeping an eye on Jovic’s Madrid team-mate Hazard with both having struggled for game time at the Bernabeu.

On Friday the Red Devils made football headlines around the world by revealing Ronaldo, 36, would be returning to the club for £19.4million following his Real Madrid switch 12 years ago

The Portugal skipper enjoyed a glittering six-year spell at United with whom he won 10 major trophies.

His silverware wins include three Premier League titles and a Champions League crown.

And the five-time Ballon d’Or winner’s departure from Juve leaves a significant gap in the club’s attacking ranks with Ronaldo finishing as Serie A’s top scorer last term with 29 goals.

This is despite the finishing fourth in Italy’s top-flight last season with Inter Milan nabbing the title.

Jovic, 23, who joined the LaLiga team for £62million from Eintracht Frankfurt in June 2019, has fallen down the pecking order at Madrid.

The forward, who began his senior career at Red Star Belgrade in 2014, made just eight starts for the Spanish side before being sent back to his old team on loan last season.

It is reported that Madrid officials would be amenable to the idea of selling the player and are rumoured to be willing to listen to offers of around £30million.

But it is claimed Juventus could turn their attention to Hazard with Madrid reportedly after £51million for the Belgium striker.

The former Prem star, 30, has been far less prolific at Madrid than he was at Chelsea following his £88million switch to the Bernabeu in 2019.

The forward has netted just five goals in 45 Blaugrana appearances.

The Belgium star featured in only 21 games for the Spanish giants last term after battling with injuries including a troublesome ankle fracture.

Despite the forward's struggles with fitness, it is thought Juve boss Max Allegri will be hoping the star can recapture the form that made him one of Europe’s most sought-after playmakers.

And the Juve boss is thought already agreed on personal terms with Kean.

Italian football expert Fabrizio Romano claims the star will undertake a medical in Torino on Sunday.