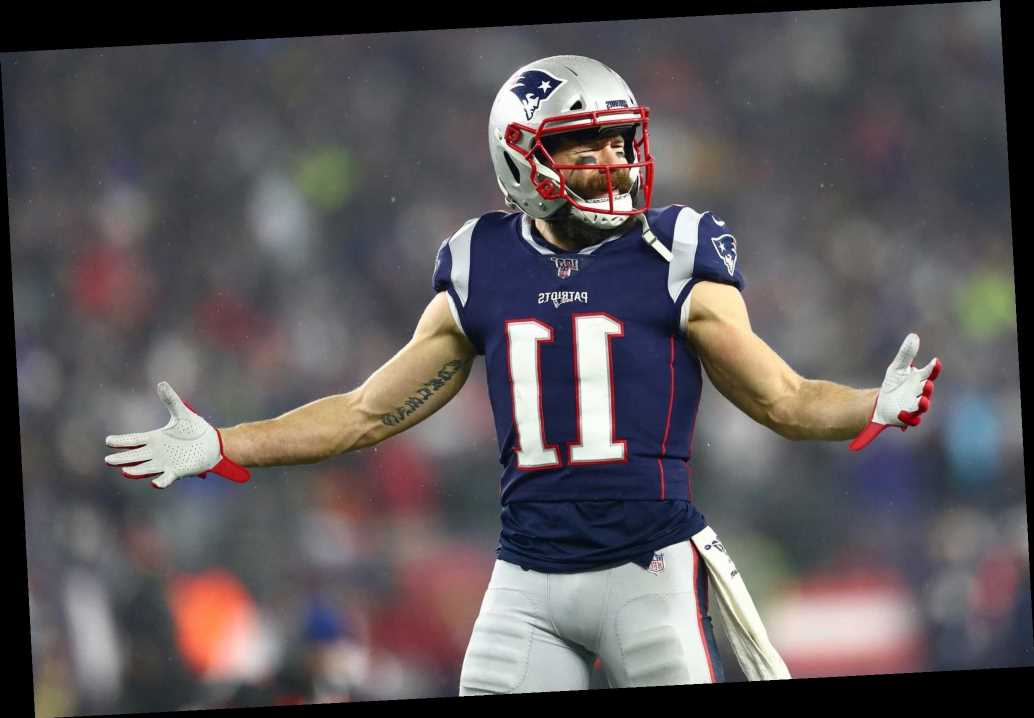 Ex-Patriot might be the other piece to Jets’ quarterback puzzle

Tom Brady reveals how different the Bucs are from the Patriots

Jimmy Garoppolo’s Patriots past under microscope: ‘Looked at him sideways’

Julian Edelman’s chronic knee injury soon could lead to him walking out the doors of the Patriots’ headquarters for the final time.

The Boston Herald cited an unnamed source in reporting it is doubtful that Edelman will be able to play the entire 2021 season after missing the final 10 games of last season while recovering from knee surgery.

Edelman is under contract for a $2.8 million salary and a $6 million cap hit, but the Patriots added free-agent wide receivers Nelson Agholor and Kendrick Bourne in an attempt to upgrade the position. More help could be on the way in the middle rounds of a receiver-loaded draft class.

Edelman, the 34-year-old former college quarterback, has spent his entire 12-year career with the Patriots and became one of quarterback Tom Brady’s favorite targets during his career-best 105-catch season in 2013. He was named MVP of Super Bowl 53 in February 2019, but has been hampered by knee pain in the two seasons since. Surgery can provide temporary relief but will not fix the underlying cause, according to The Herald.

Brady’s departure before last season and the Patriots’ recent $250 million-plus free-agent spending spree marked a changing of the guard.

But Edelman said earlier this offseason that he is not yet ready to retire, which creates a conundrum. Bill Belichick has never been hesitant to cut Patriots greats when he thinks their expiration date is approaching. Could Edelman be next?

It is unlikely a trade market will develop given Edelman’s age and injury concerns.

The logical move one way or another is for Edelman to finish his career reunited with Brady and Rob Gronkowski on the Buccaneers. The Patriots fulfilled Gronkowski’s request to be traded to the Buccaneers when he came out of retirement in 2020.

But the Super Bowl champion Buccaneers are stocked at receiver with Mike Evans and Chris Godwin and the promising young speedster Scotty Miller in the slot. Free agent Antonio Brown could re-sign, too.

The Buccaneers could be in the luxurious position to add Edelman with the expectation he plays only a handful of regular-season games as a tune-up for a playoff run, whereas the Patriots need a greater commitment to contribute to their rebuild.