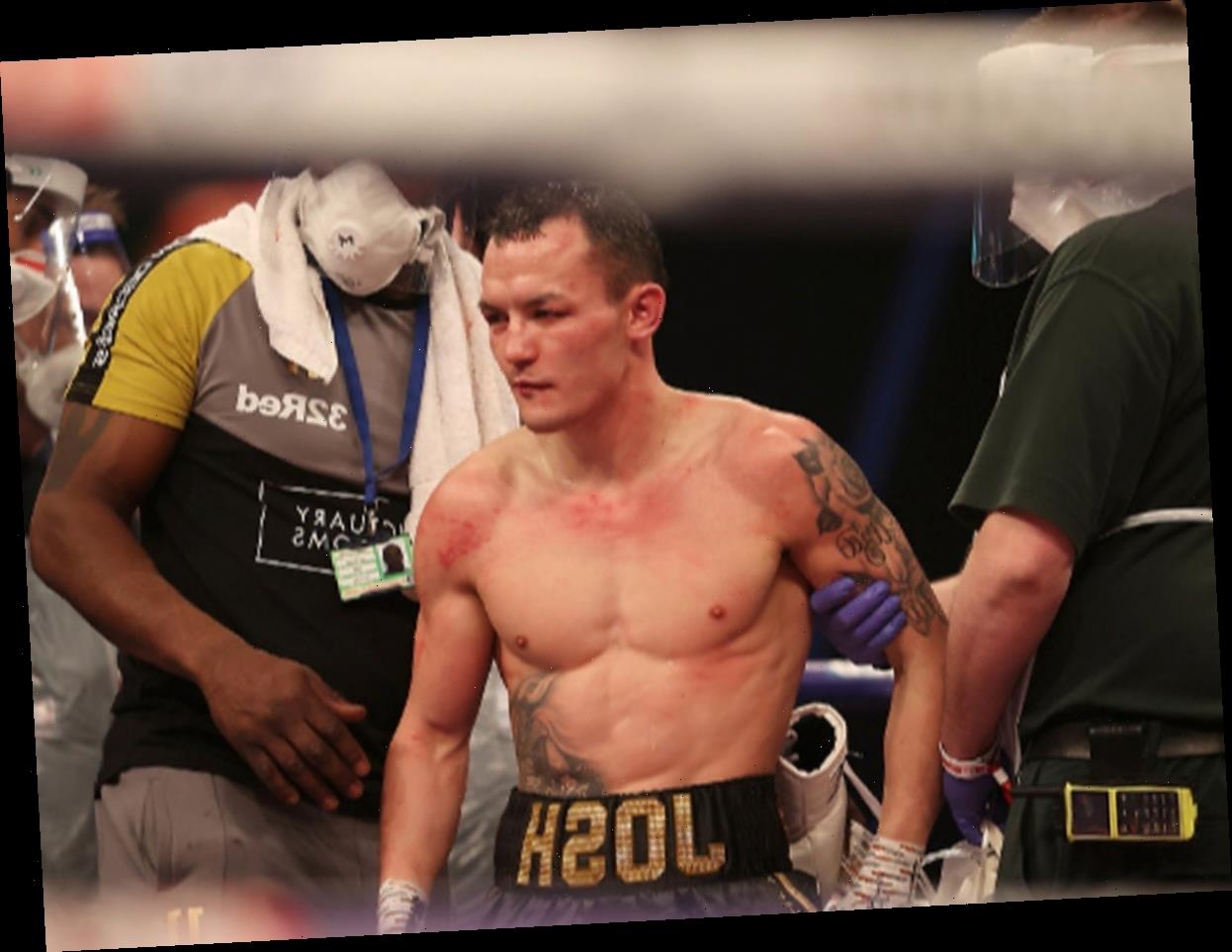 Josh Warrington has already set his sights on an immediate rematch with Mauricio Lara, according to the former world champion’s promoter Eddie Hearn.

Warrington suffered the first defeat of his career in what was one of the biggest shocks in a British ring for decades when unheralded Mexican Lara stopped the Leeds Warrior in nine scarcely believable rounds behind closed doors at Wembley Arena on Saturday night.

In what was the first show since December due to the British Boxing Board of Control’s decision to suspend all competition because of rising Covid levels, Warrington made his return from a 16-month absence.

But the 30-year-old, used to fighting in front of a roaring army of Leeds fans, was caught cold, dropped and then stopped by the 10/1 outsider, boxing for only the second time outside of his native Mexico.

Hearn drew comparisons to Anthony Joshua’s seismic defeat to Andy Ruiz at Madison Square Garden in June 2019 and suggested that Warrington, like AJ, was concussed early in the fight and then never recovered.

Like Joshua did, Warrington now has the option of an immediate rematch due to terms in their initial contract and despite the bruising defeat, Hearn expects the beaten man to push for that straight away. 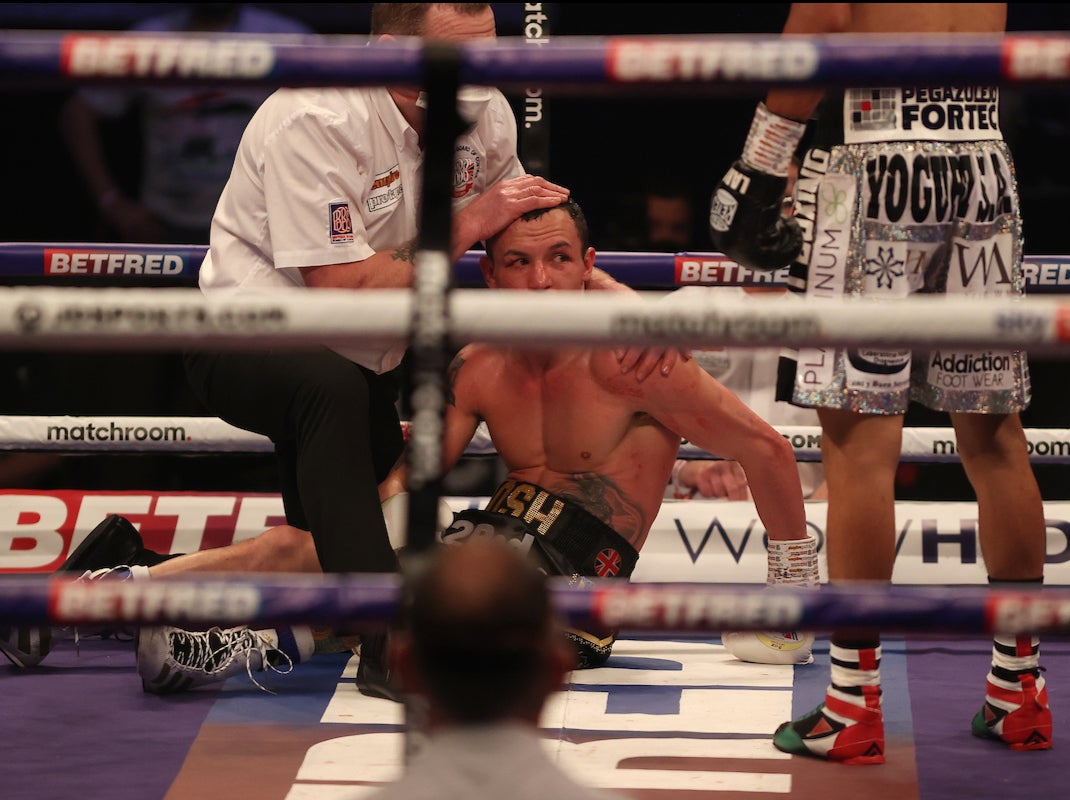 Warrington was a heavy favourite over Lara

“I know that Josh Warrington will be thinking: ‘rematch’, even now, because he’s a fighter,” Hearn said.

“But the people around him – and I put myself in that team – need to make sure he’s safe and well. That’s the first priority. He’s gone to hospital on his feet. He’s ok but I feel he needs to get checked and scanned and when he wakes up in the morning he will kick himself, he will be gutted and he will want to fight Mauricio Lara again.

“It was one of the most thrilling fights i’ve ever seen. The promoter in me believes the rematch is massive but the pal in me says ‘just make sure he’s alright’. The rematch is a long, long away.

“He was definitely ring rusty and it was definitely different for him with no crowd but it was the reckless nature of his performance that was his undoing. He wanted to blow him away in a few rounds but if he had just taken his time and boxed him I believe he would’ve broken him down and boxed his earholes off.

“But he got hurt in the fight, he got concussed and he never recovered. But I thought his bravery in the fight was unbelievable.”

Warrington, who vacated his IBF title in order to take this fight, and Hearn had both spoken in the build-up of potential world title showdowns with the likes of Xu Can and Gary Russell Jr if all went well against Lara.

Back in New York, much of the build-up for Joshua’s initial clash with Ruiz had been dominated by talk of Deontay Wilder and Tyson Fury and Hearn believes Warrington might have overlooked the underdog too.

Hearn said: “When it comes to talking about future fights, we’ve made the same mistake a million times before, most famously at Madison Square Garden when Joshua was knocked out.

“Even with Dillian Whyte getting knocked out by Alexander Povetkin that had a similar feel but it was a 50-50 fight. It just numbs you. When I went backstage I could hardly stand up.

“That’s why it’s the greatest sport in the world because nothing can make you feel like that.”

Lara – now 22-2 – meanwhile, will fly back to Mexico to see his wife and young daughter safe in the knowledge that he has changed his life forever, and announced himself to the global featherweight scene.

The man known as ‘Bronco’ had been tipped by a small circle of boxing insiders to cause the upset and he was happy to admit he took full advantage of a complacent Warrington, who might have already been dreaming about fights later this year.

“It was an advantage for me and I think this just shows you that you shouldn’t make plans for the future,” said a beaming Lara from the bowels of the Wembley Arena in the early hours of Sunday morning.

“I was in front of him so he needed to take me seriously. It was an advantage for us and we used our experience to make the most of that. I wanted to show everyone that I was the focused one.

“To be able to come out on top and raise my hand this far from home was great. I feel like this is my moment to shine and show the world what I can do.

“I don’t know if he would want to do it again but I will be even better prepared for the rematch than I was this time.”