In the three months they worked alongside each other at Chelsea – Mourinho as manager, Grant as director – the two men would chat amiably about football and life. 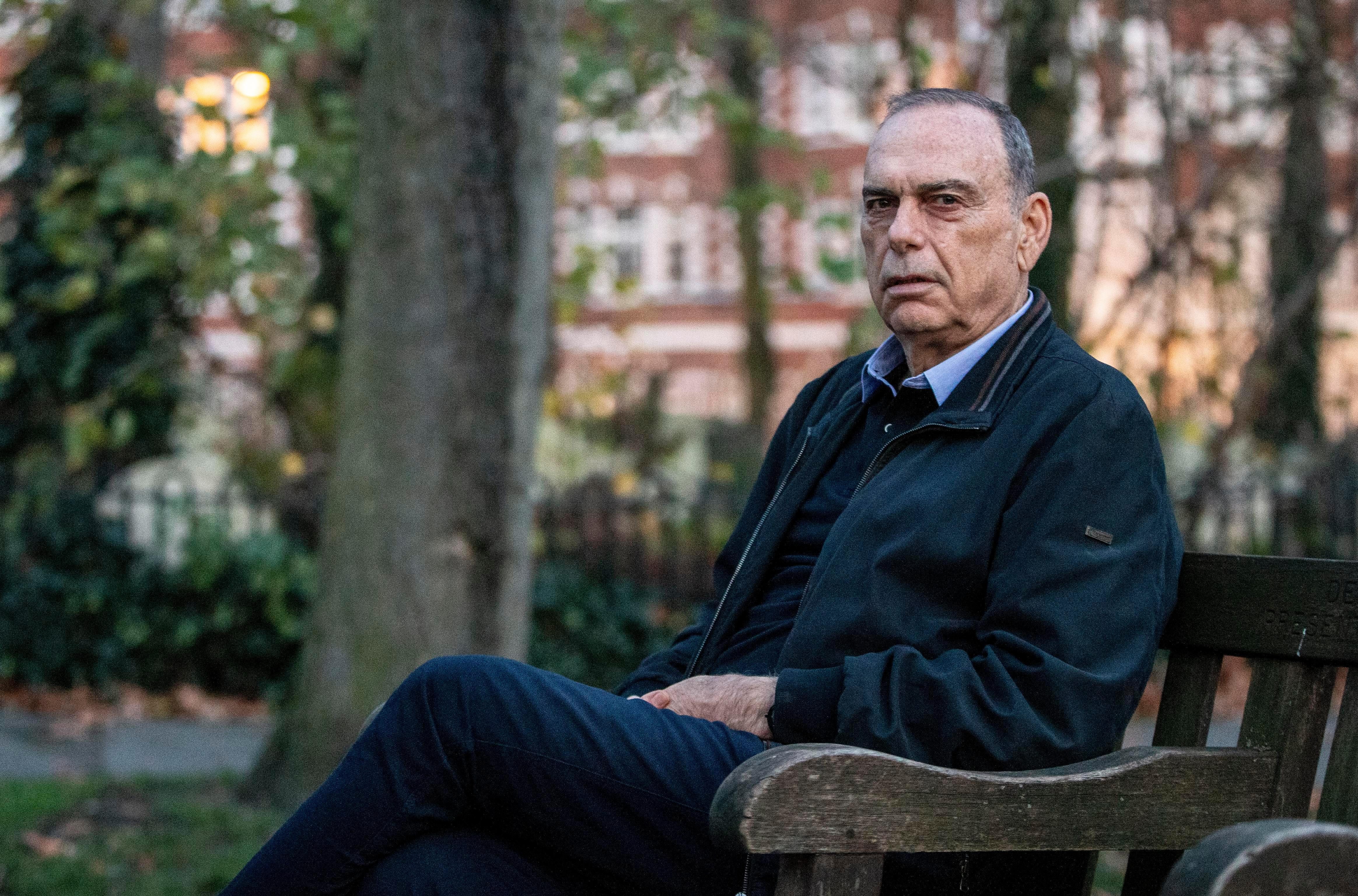 “I enjoyed talking with Jose, a very intelligent guy, very nice to sit one-on-one with and I don’t remember one minute of anger,” Grant says.

“When he feels attacked, he responds. I told him one time you need to count to 10 before you answer.

“He is very passionate and sometimes insecure. He feels the need to respond to everybody. But every minute with him as a person was enjoyable.”

Grant was the man Roman Abramovich asked to take the reins from Mourinho in September 2007, leading Chelsea to within a penalty kick of the Champions League title before being dismissed. 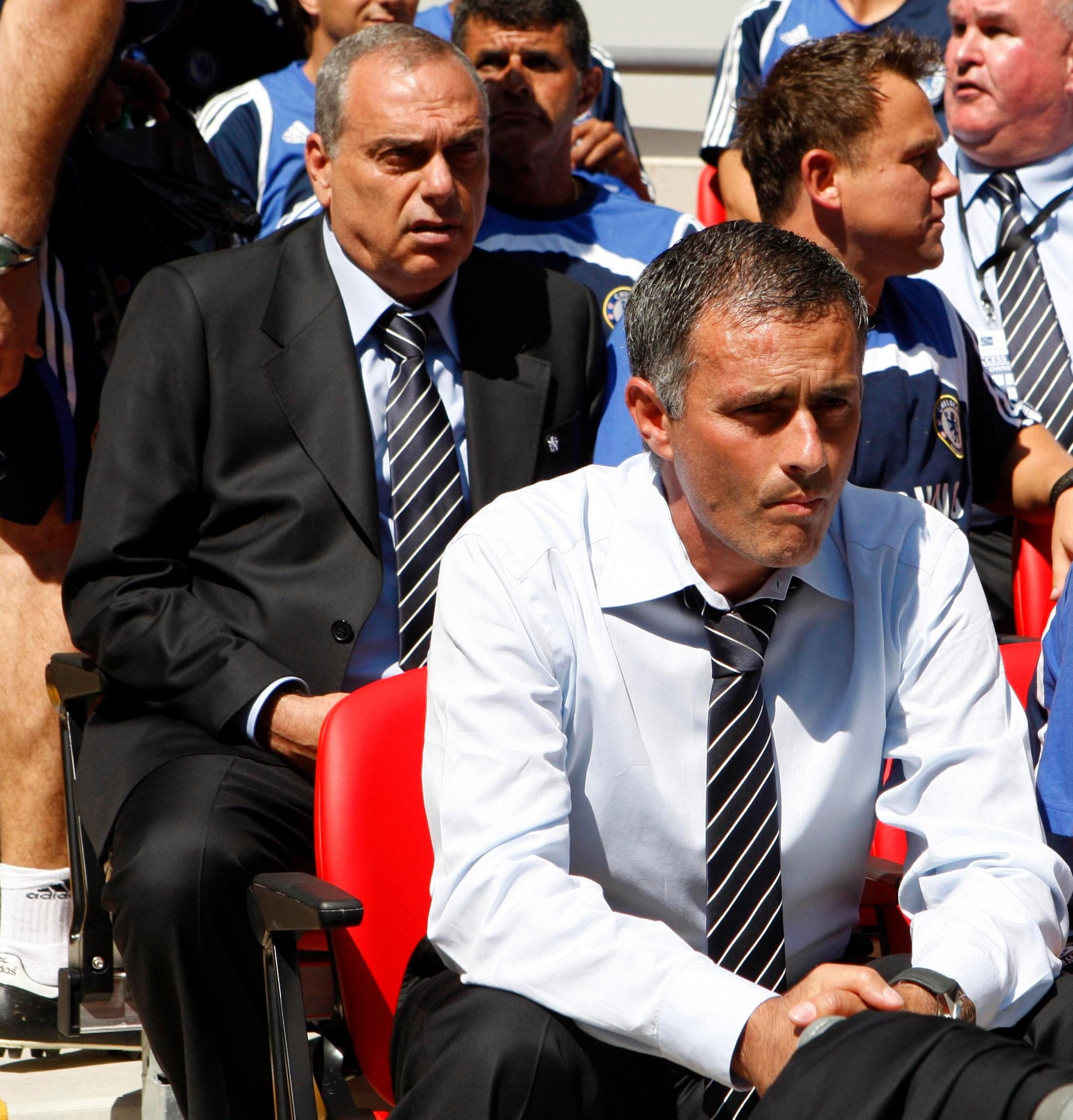 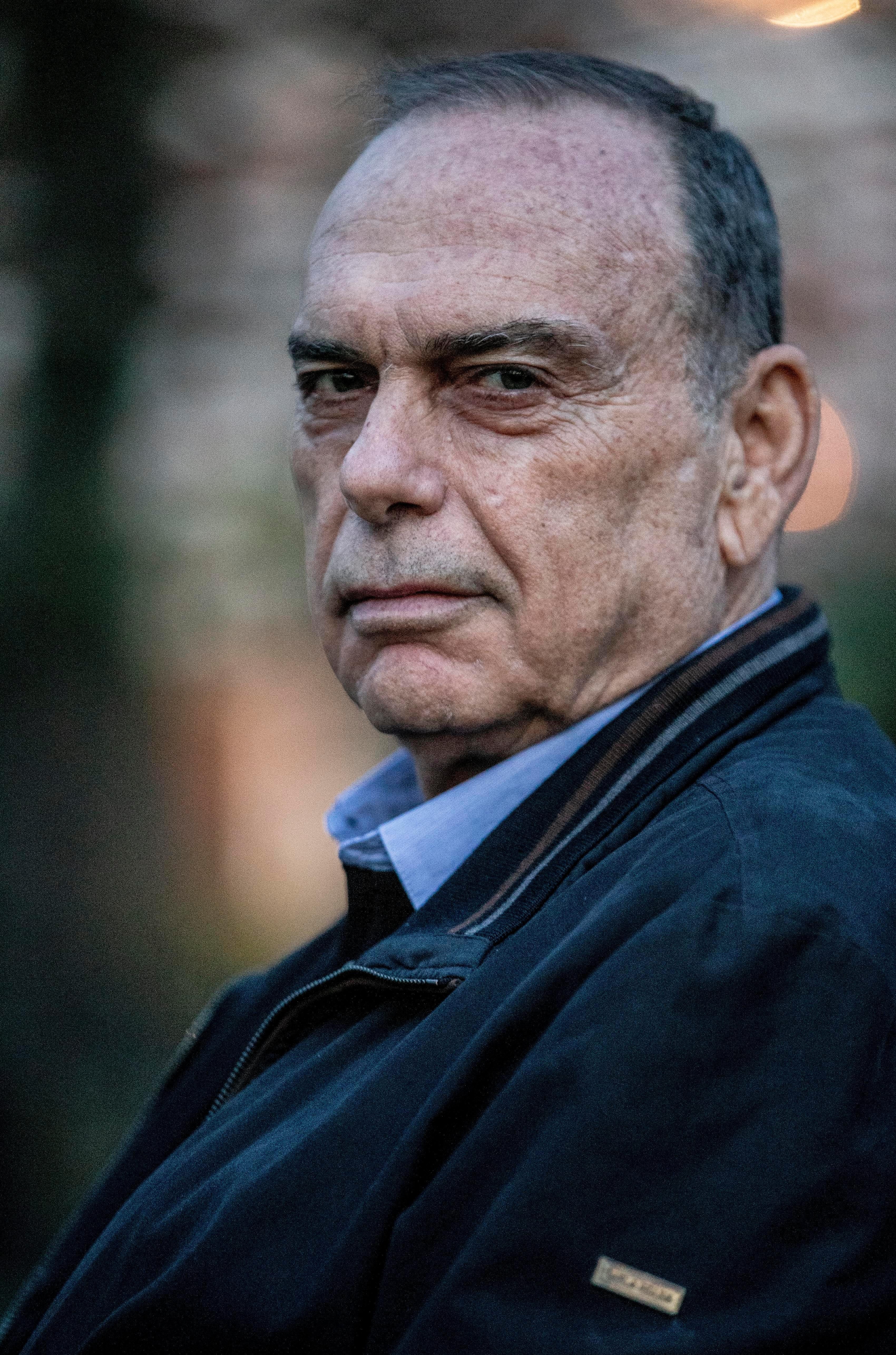 And despite Mourinho being sacked again this week, Grant disputes the theory that the Special One is finished.

“He was not a genius when they said he was a genius and he’s not useless like they’re saying now,” Grant says.

“He is not in his best time but it’s about how he recovers from these days and moves forward. I think you will be surprised because he will be back with new knowledge.

“I think it is not the last title Jose has won.” 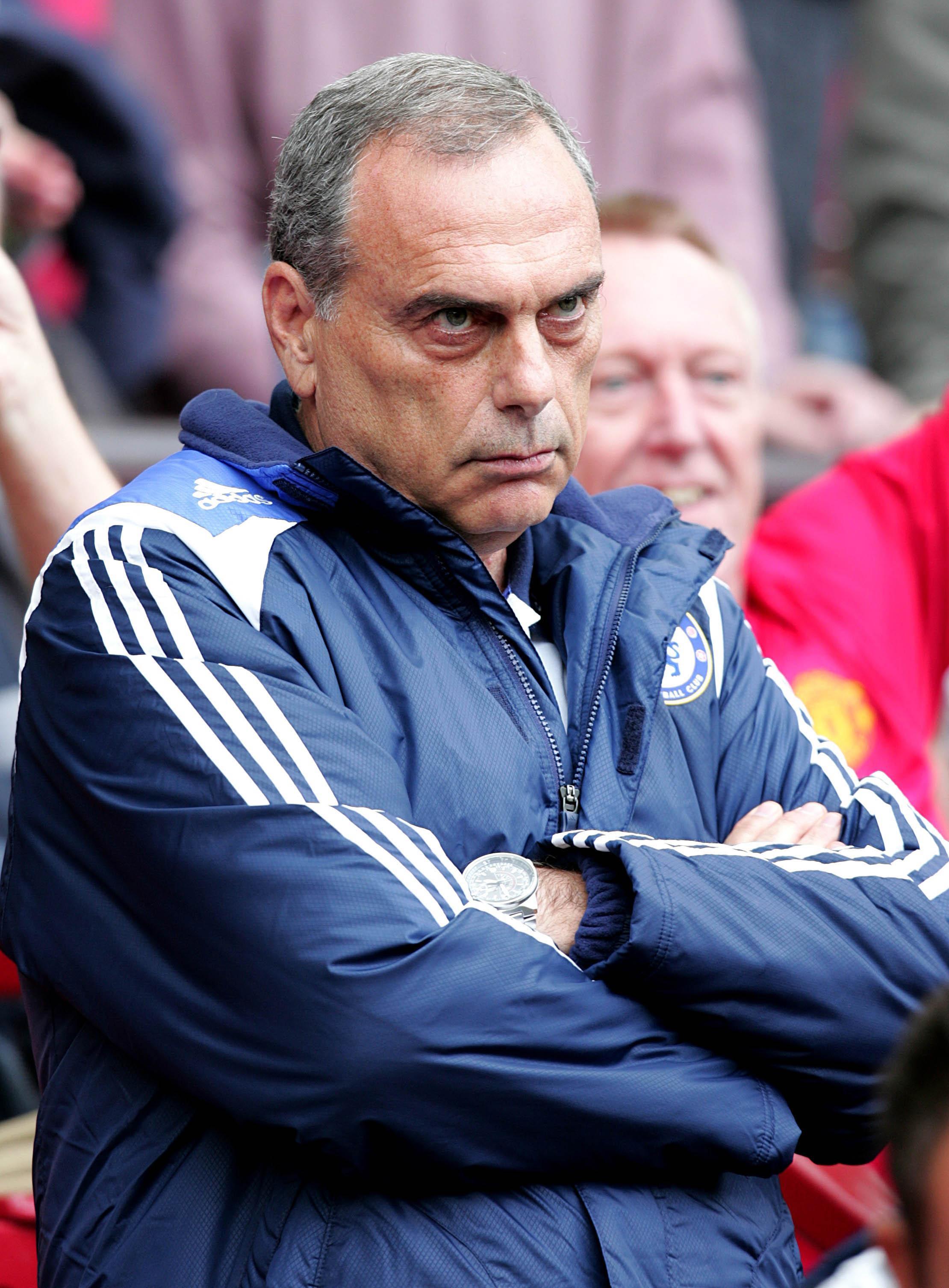 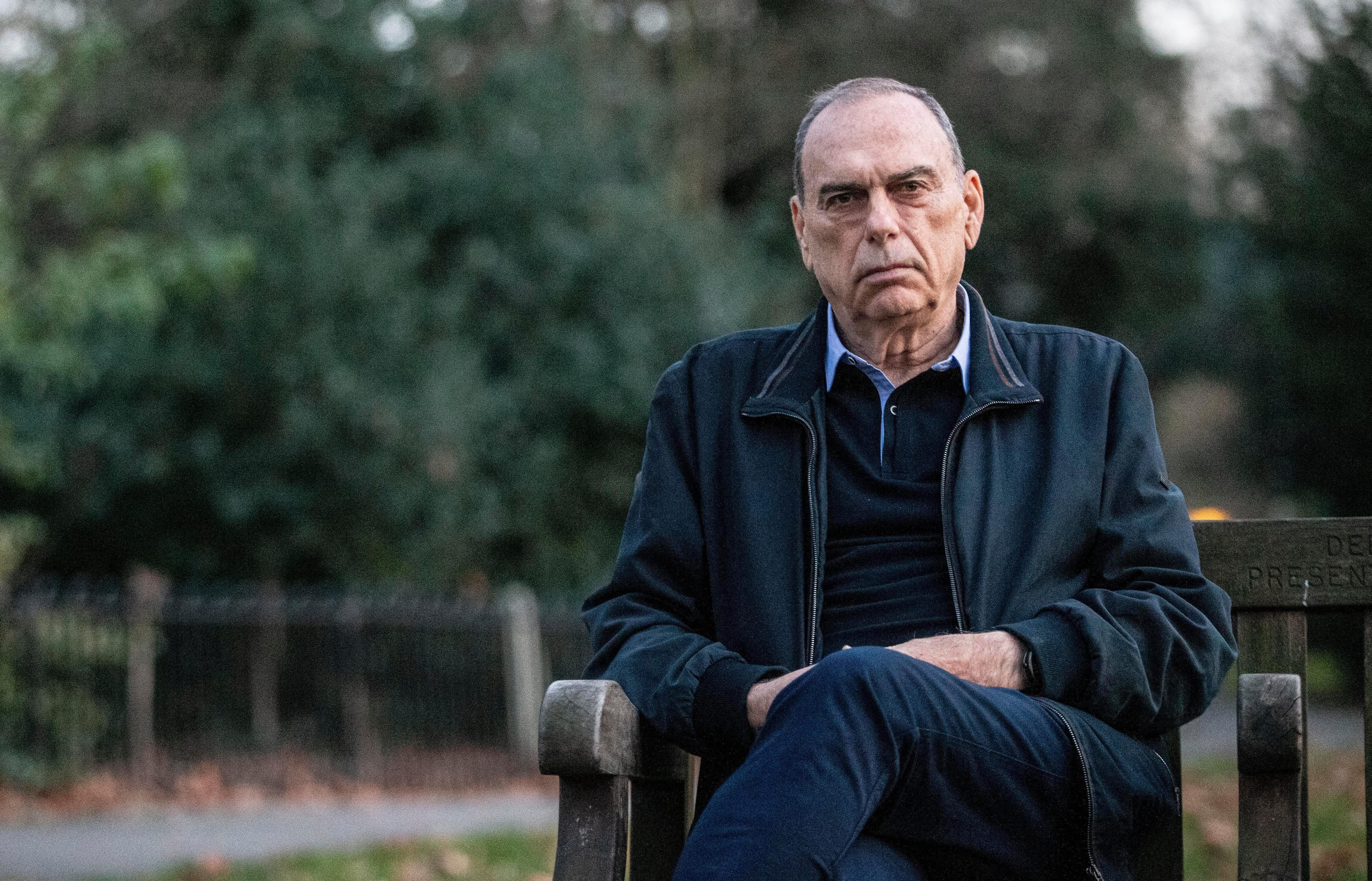 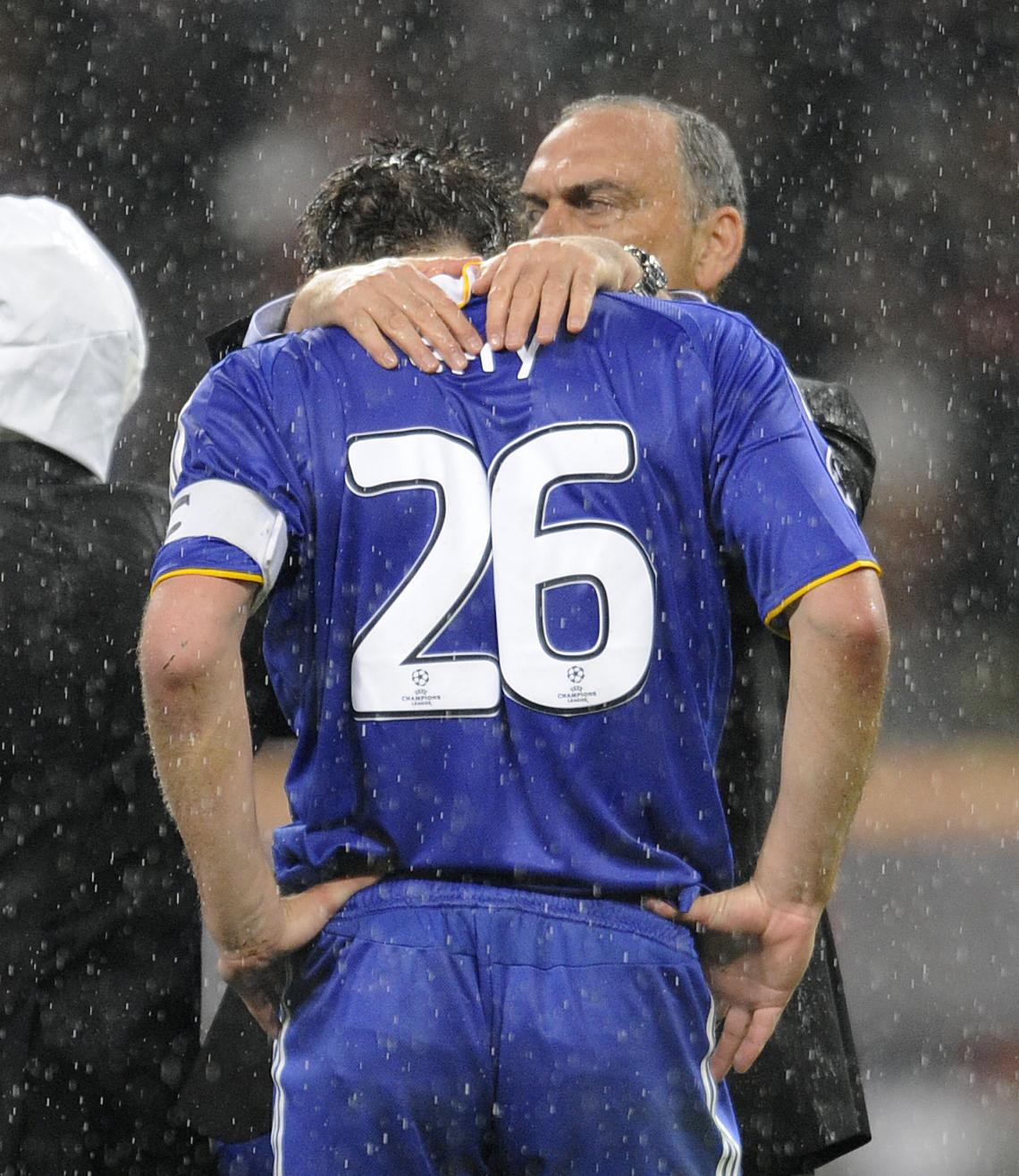 A decade on from Chelsea and Grant flashes that familiar toothy smile as he sits in a cafe down the road from the apartment he once owned in a well-heeled corner of the capital.

He is personable and charming, a gruff chuckle reemerging regularly as the 63-year-old reflects on his time in English football, from Stamford Bridge to Upton Park via Fratton Park.

Nowadays he leads a nomadic existence, working as a coach and consultant from Africa to India and across Europe. But his time on the south coast of England remains special.

“Portsmouth is my love,” Grant says, spooning brown sugar into a macchiato. 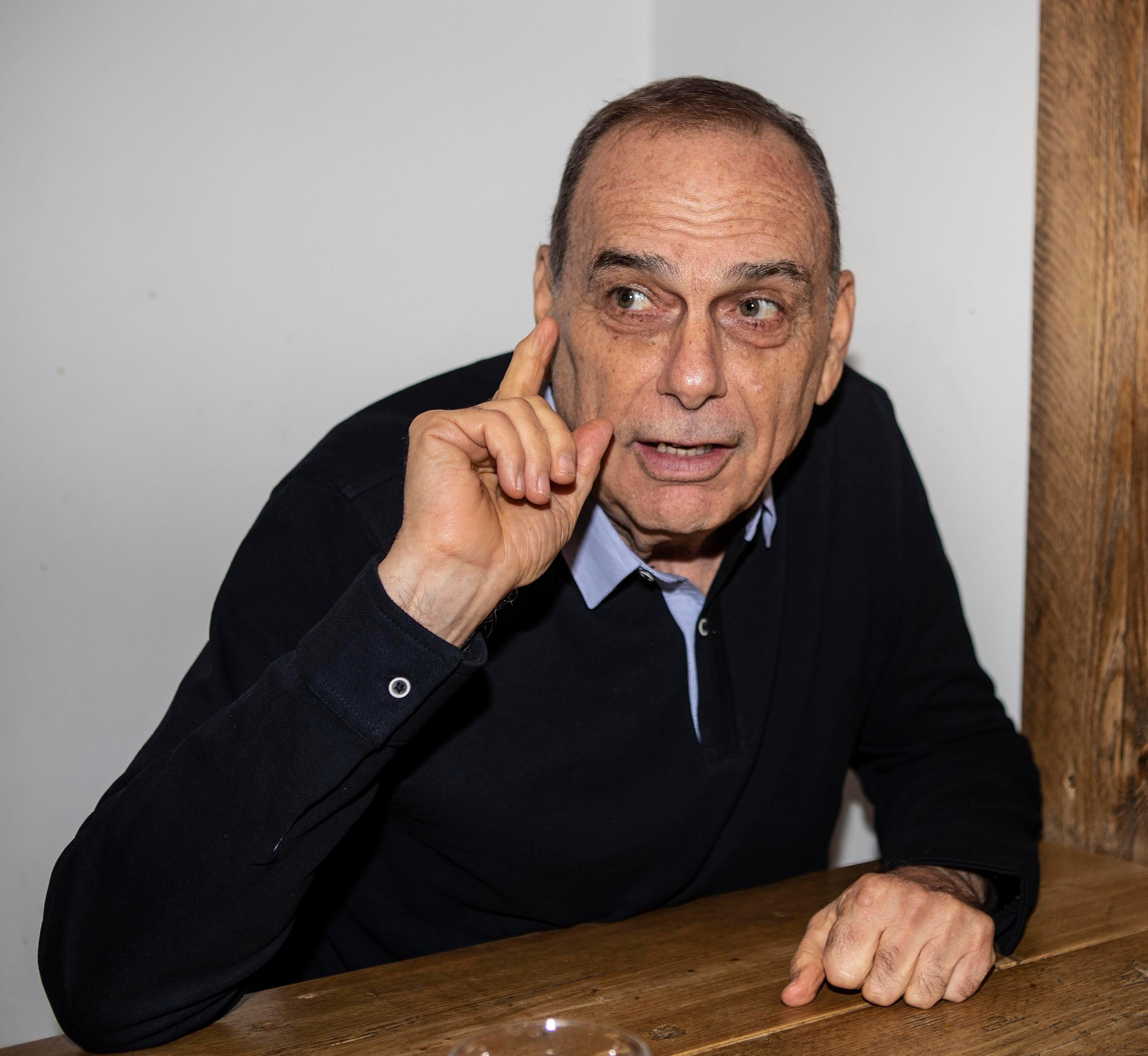 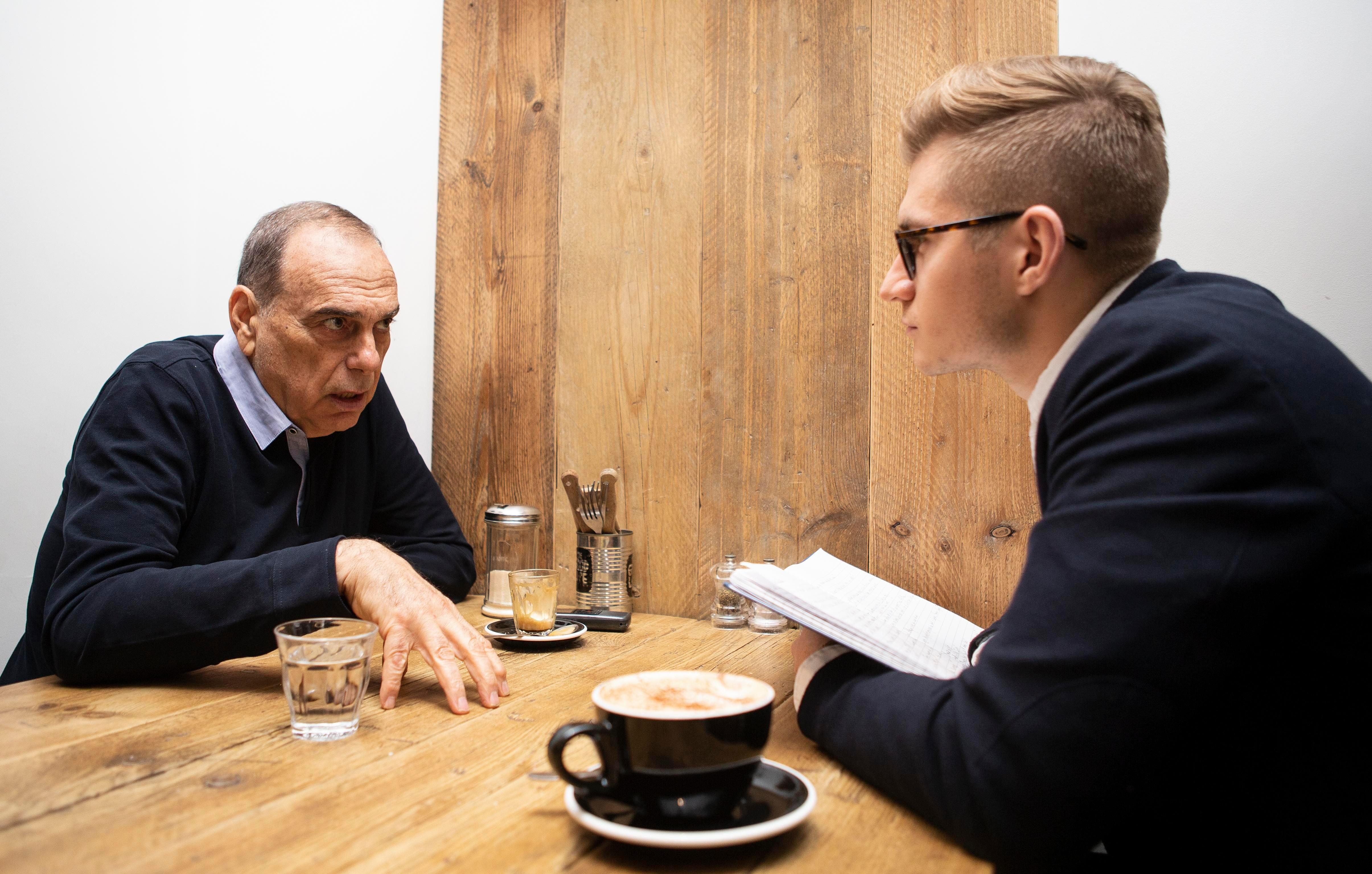 “West Ham has history, Chelsea is a brand, but Portsmouth is the supporters. The people around make this team special.”

Yet chaos unfolded off the field. Grant’s reign coincided with the club going into administration as a points deduction led Portsmouth to relegation despite reaching the FA Cup final.

He says: “I remember sitting with my assistant one day and he said to me Younes Kaboul had been sold, and I said, ‘No way, nobody told me’.

I told Kevin the kit man that he is now chairman of Portsmouth.

“So I told Kevin the kit man that he was now chairman. He said, ‘Who’s the president?’ I said, ‘You’re also the president.’ I must say he did a fantastic job.” 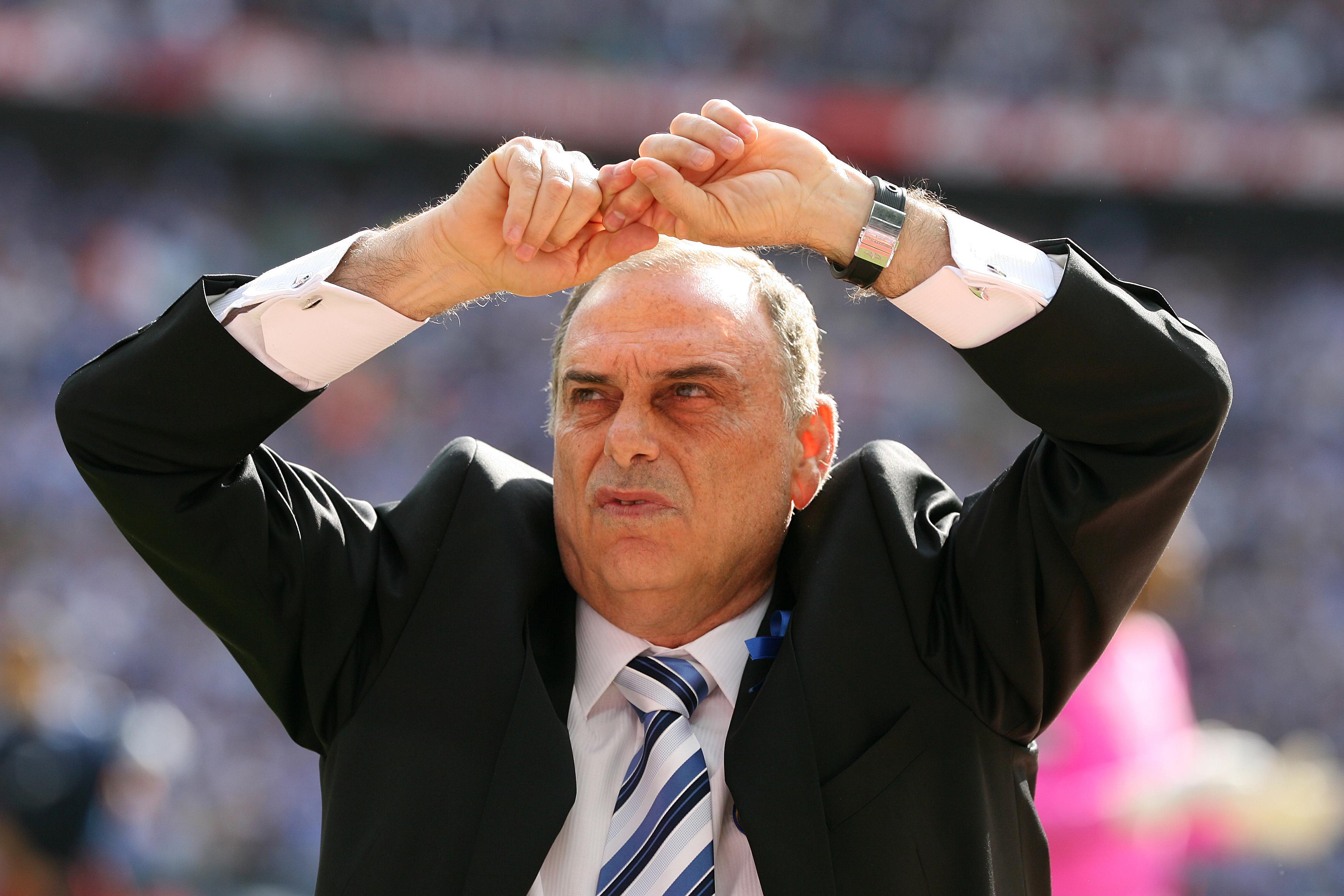 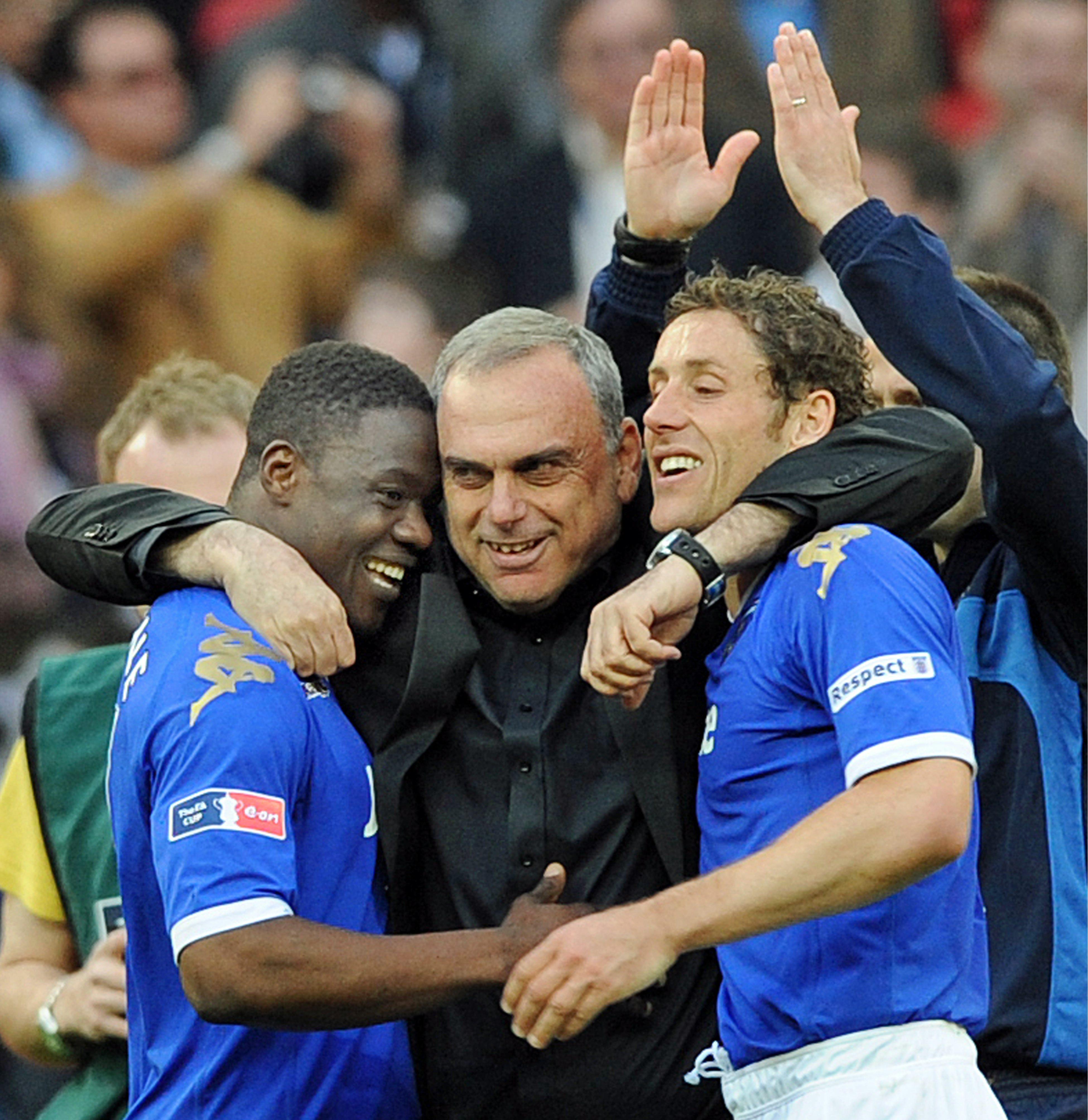 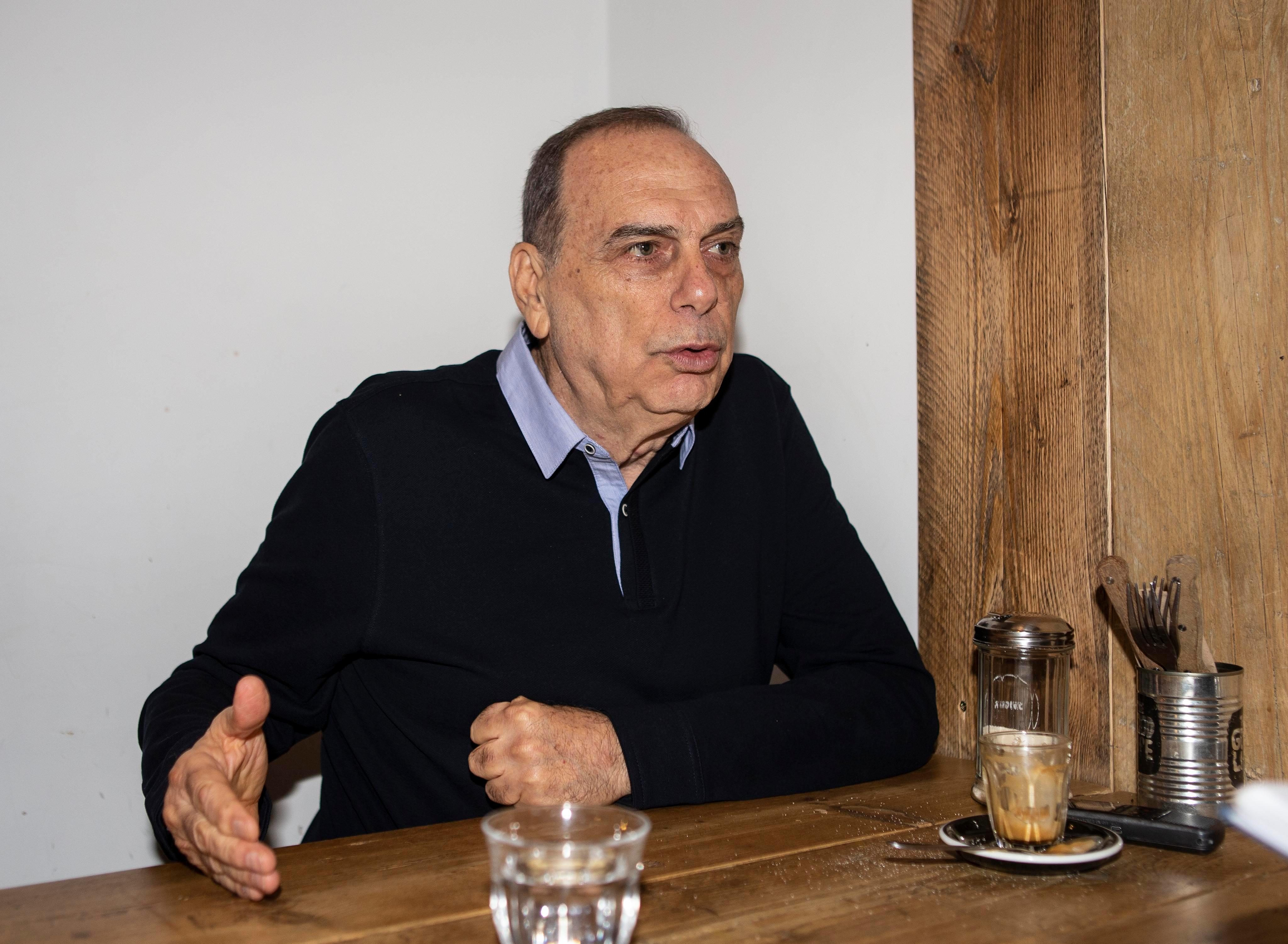 Grant’s voice reaches a crescendo with each joke, even when topics of discussion become political.

He watched with interest in recent weeks as his personal friend Abramovich was denied a renewal of his UK visa, subsequently followed by the Russian oligarch withdrawing plans to expand Stamford Bridge.

The United Kingdom will not fall down if Roman comes to this country or not.

“It’s ungrateful,” Grant says. “This guy did only good for English football. He made Chelsea a brand, a team all the world respects, and I think he deserves more respect from the English.

“Until now there is only advantage with him coming here. I checked with Theresa May and he didn’t take one penny with him. 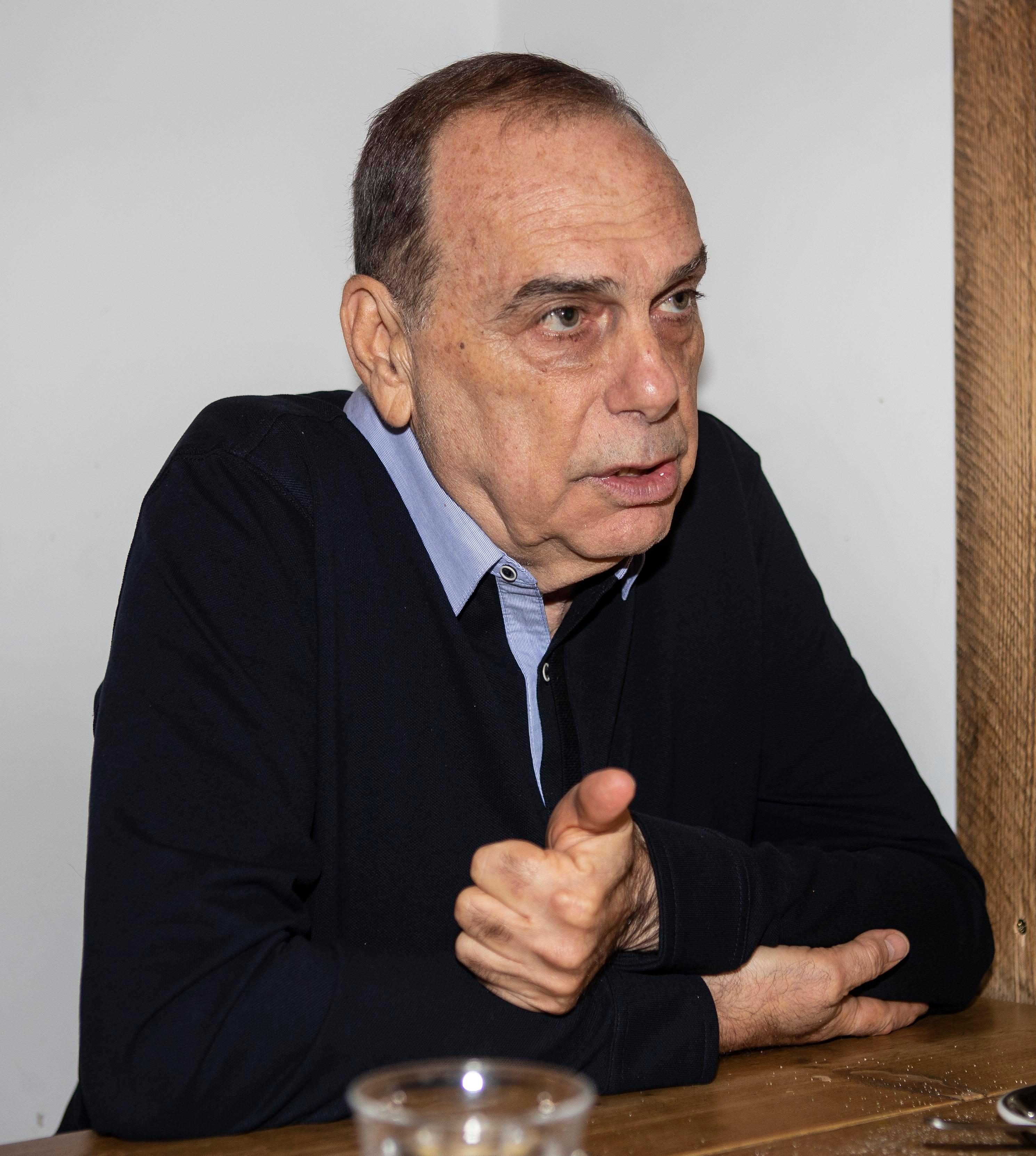 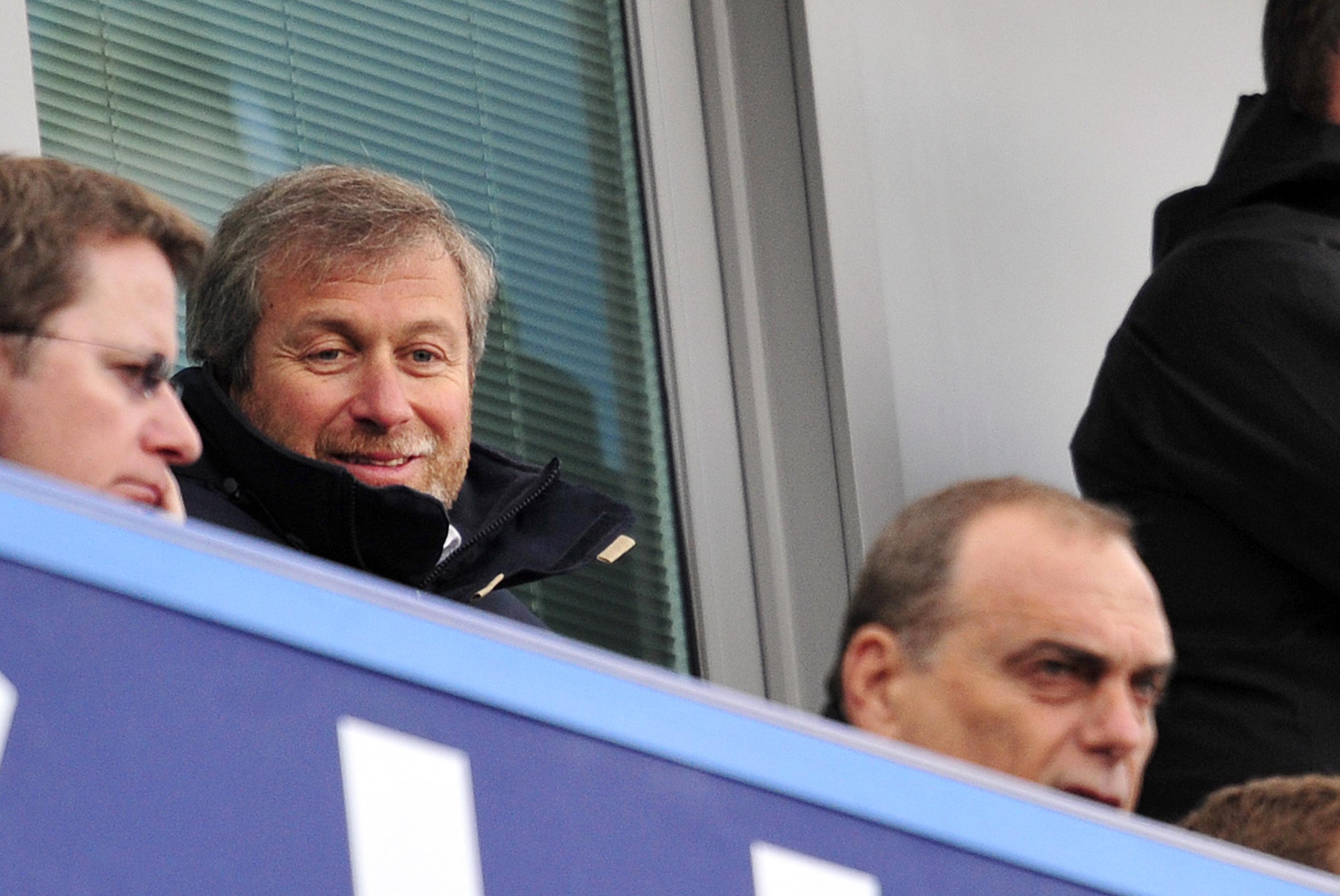 “The United Kingdom will not fall down if Roman comes to this country or not.

“England’s government need to take a second thought and say to Mr. Abramovich, ‘It was wrong, we are very sorry. If we have something against Putin we will deal with him, not through you.’”

So could this spell the end of Abramovich at Chelsea, the Roman ruins ready to crumble?

“Yes,” Grant says. “I don’t know, I haven’t spoken to him about this but I wouldn’t be surprised if it will happen.”

That could come at a time when Abramovich may be close to his holy grail. 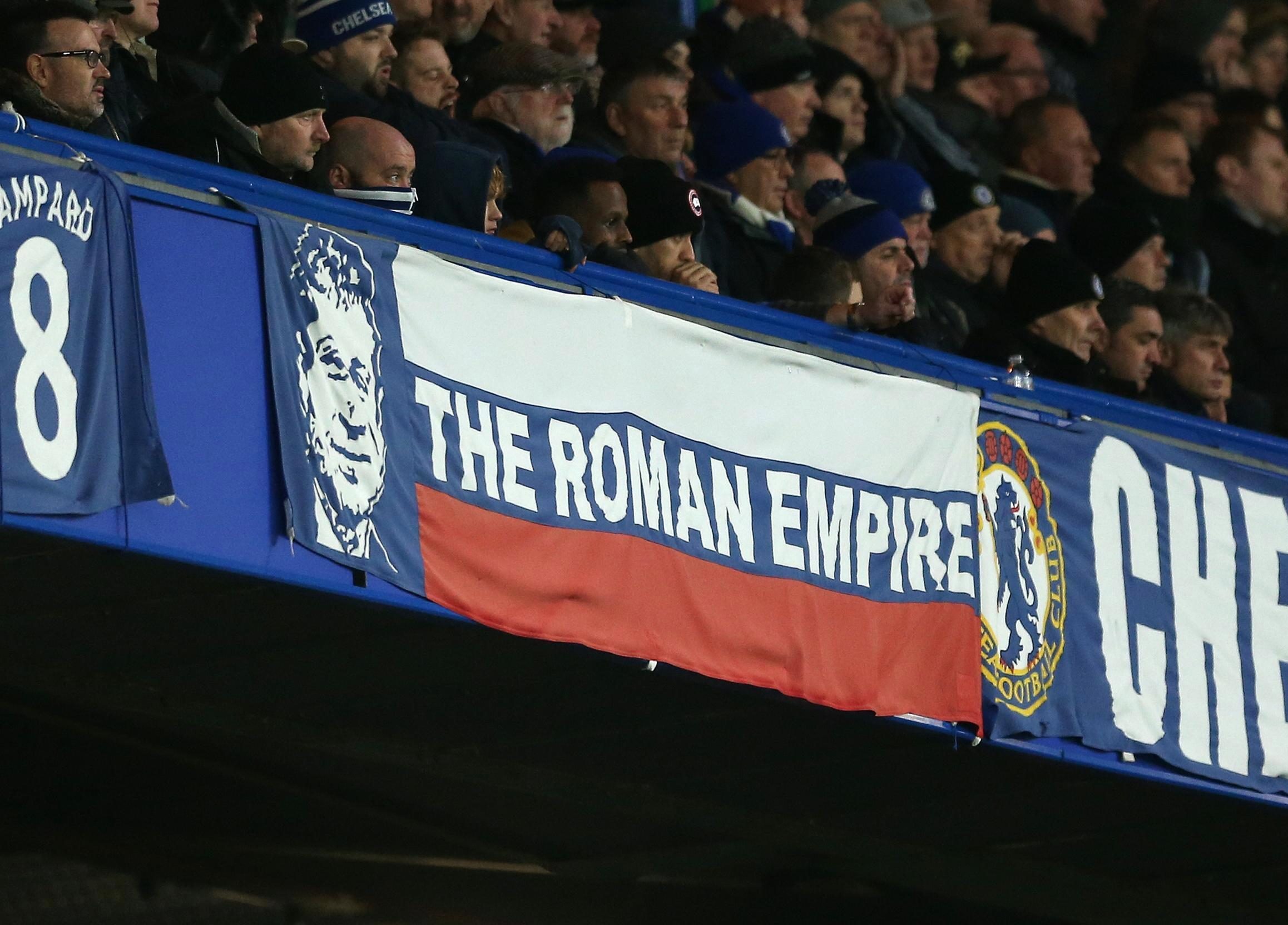 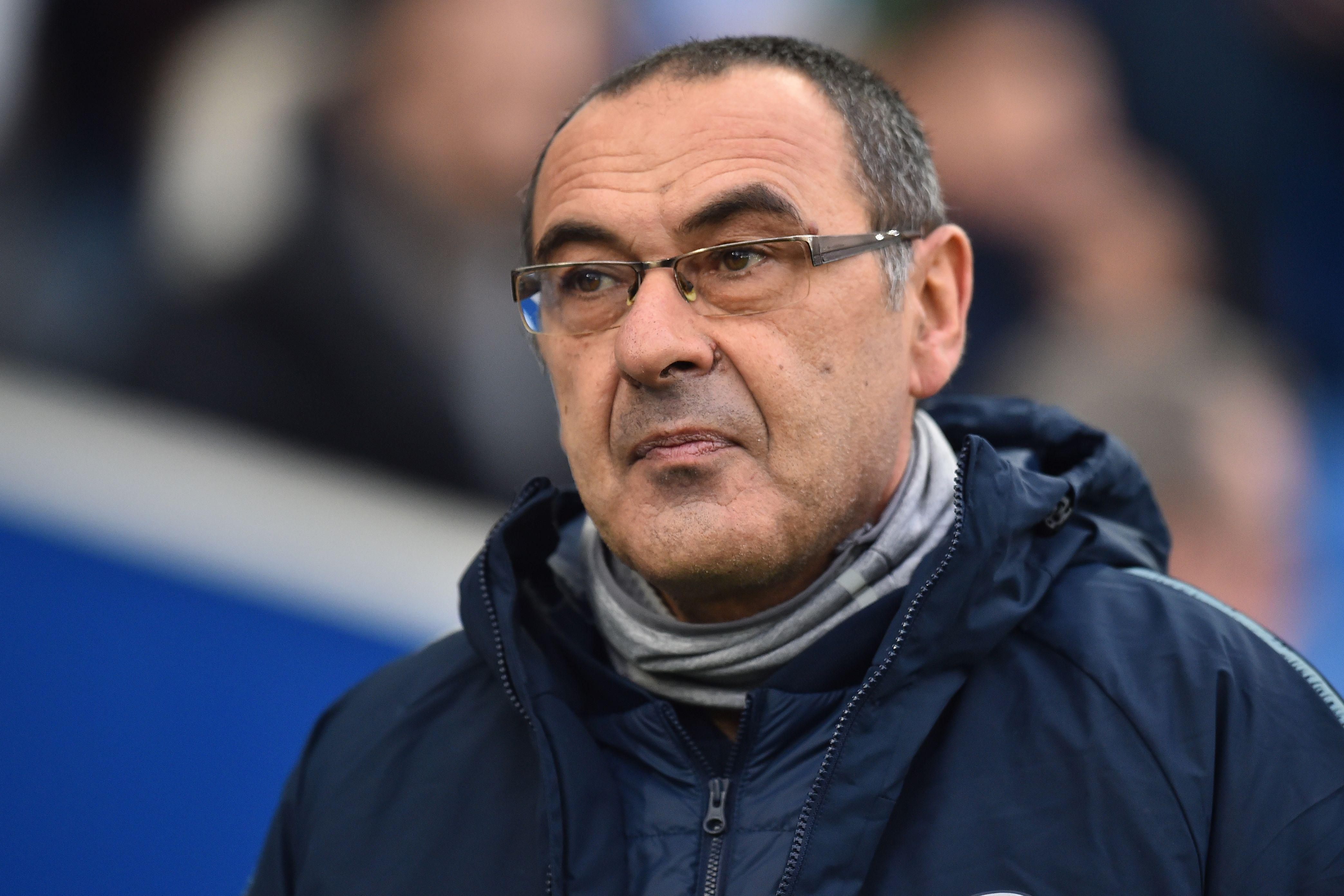 When Grant arrived at the club in 2007, the Russian pined to see his team replicate the styles of Barcelona and AC Milan; Maurizio Sarri’s free-flowing football is the closest they’ve come.

Yet Grant sees a missing element. “There are many creative players now, but they need a bit more character, like Didier Drogba, Frank Lampard or Michael Ballack,” he says.

“In my time we had characters and were keen for creative players. I personally negotiated with Kaka in Milan. I did everything I could for him to come.

“When we were in Chelsea, we had a fantastic team. I think we played the best football Chelsea have played in that half year. If this had continued there would have been a lot of titles in Europe.” 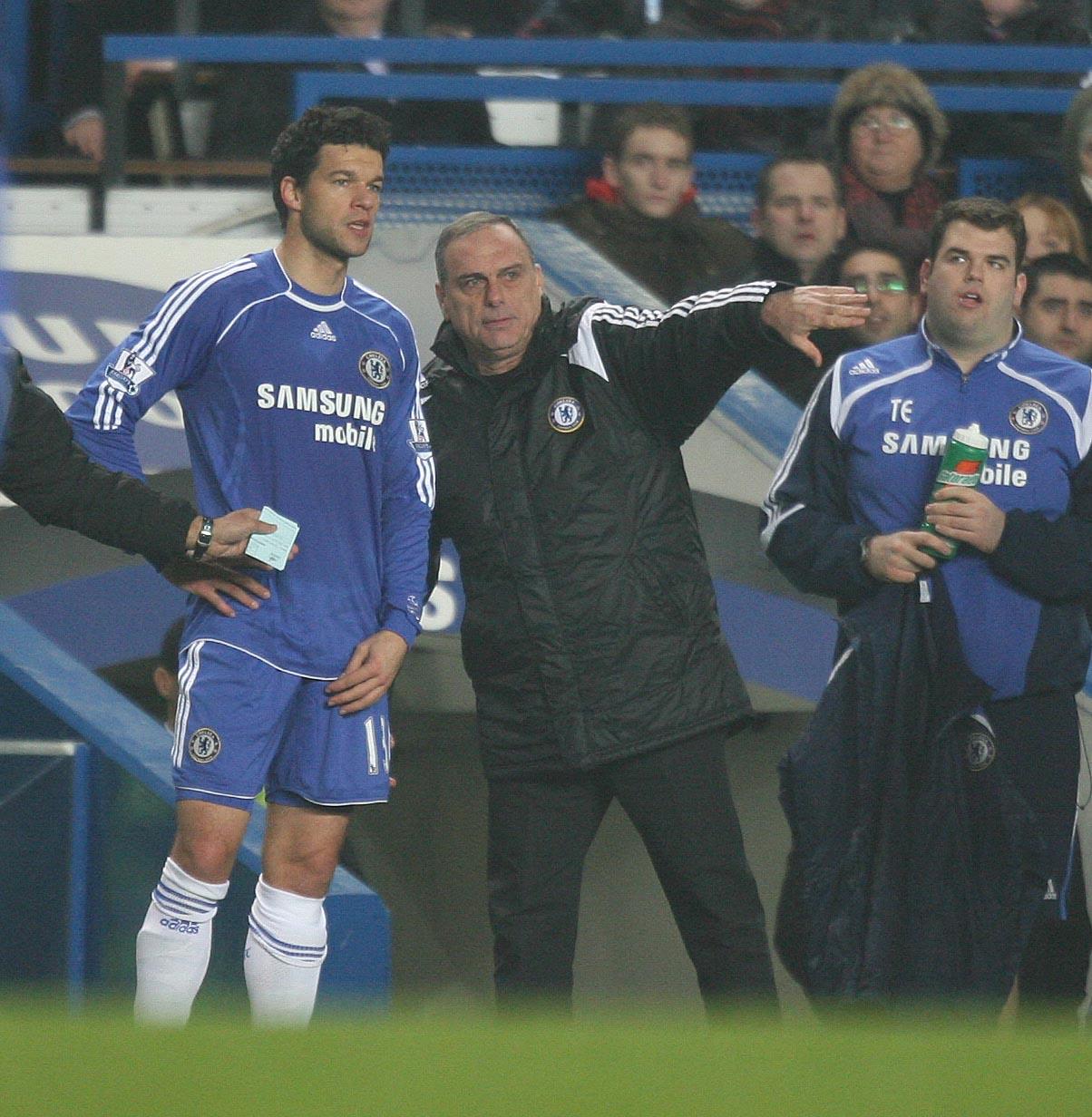 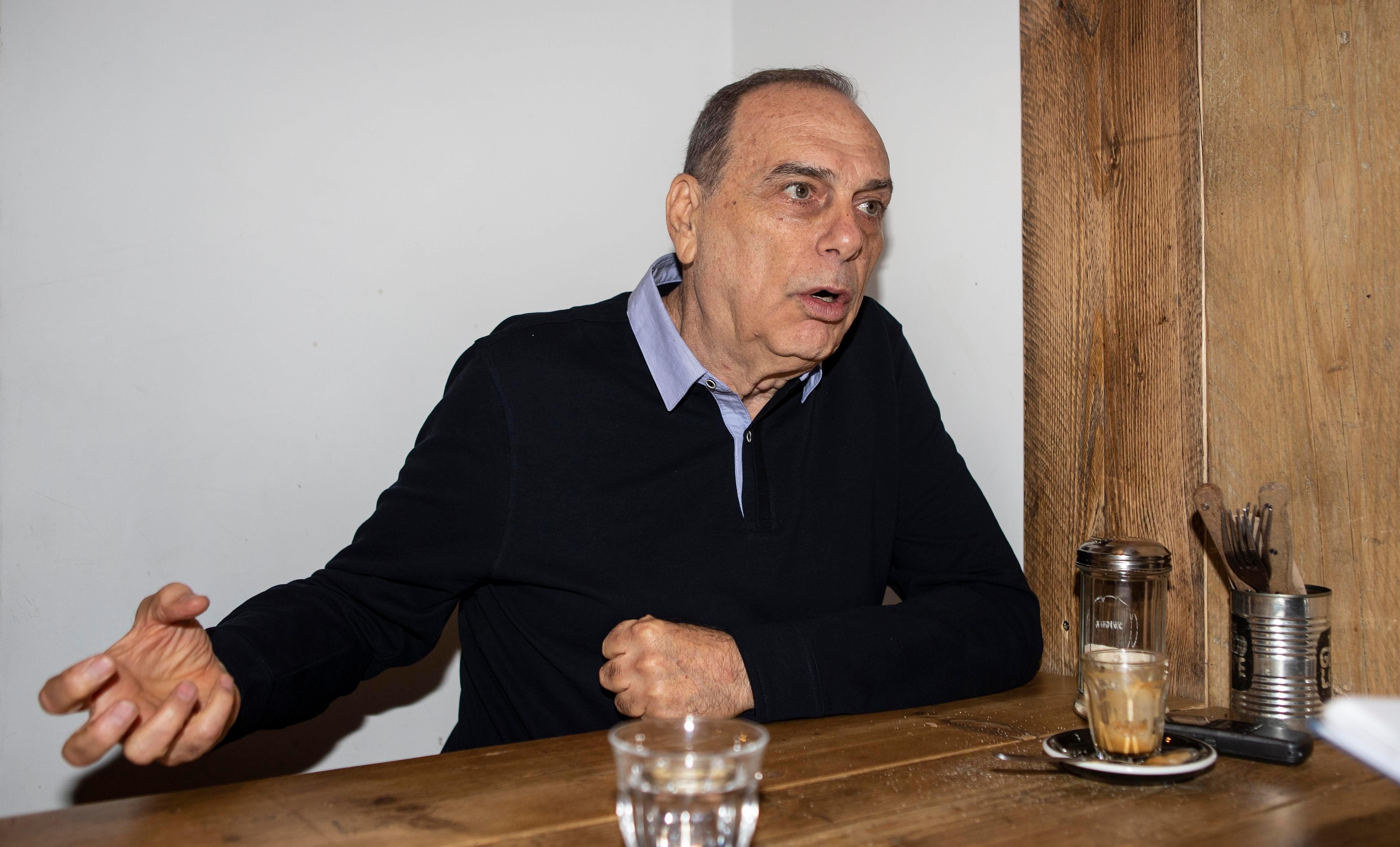 Grant suggests he didn’t get the credit he deserved.

“We lost only one game in the league, against Arsenal, were unbeaten at home and the players deserved all the credit. We lost the Carling Cup final and it was funny because they blame me,” he says.

“When we win, it’s other people – even the kit man. We lost only two games and they blame me only two times.

It’s like my job with my wife: to be guilty even when I’m not guilty.

“I said no problem but before when we won you say it’s not me and now we lose you say it’s me, so I feel like I’m at home. It’s like my job with my wife: to be guilty even when I’m not guilty.”

This summer, the Israeli coach sent a message to Manuel Pellegrini after he became the fourth West Ham manager since Grant was sacked for leading the club to relegation in 2011. 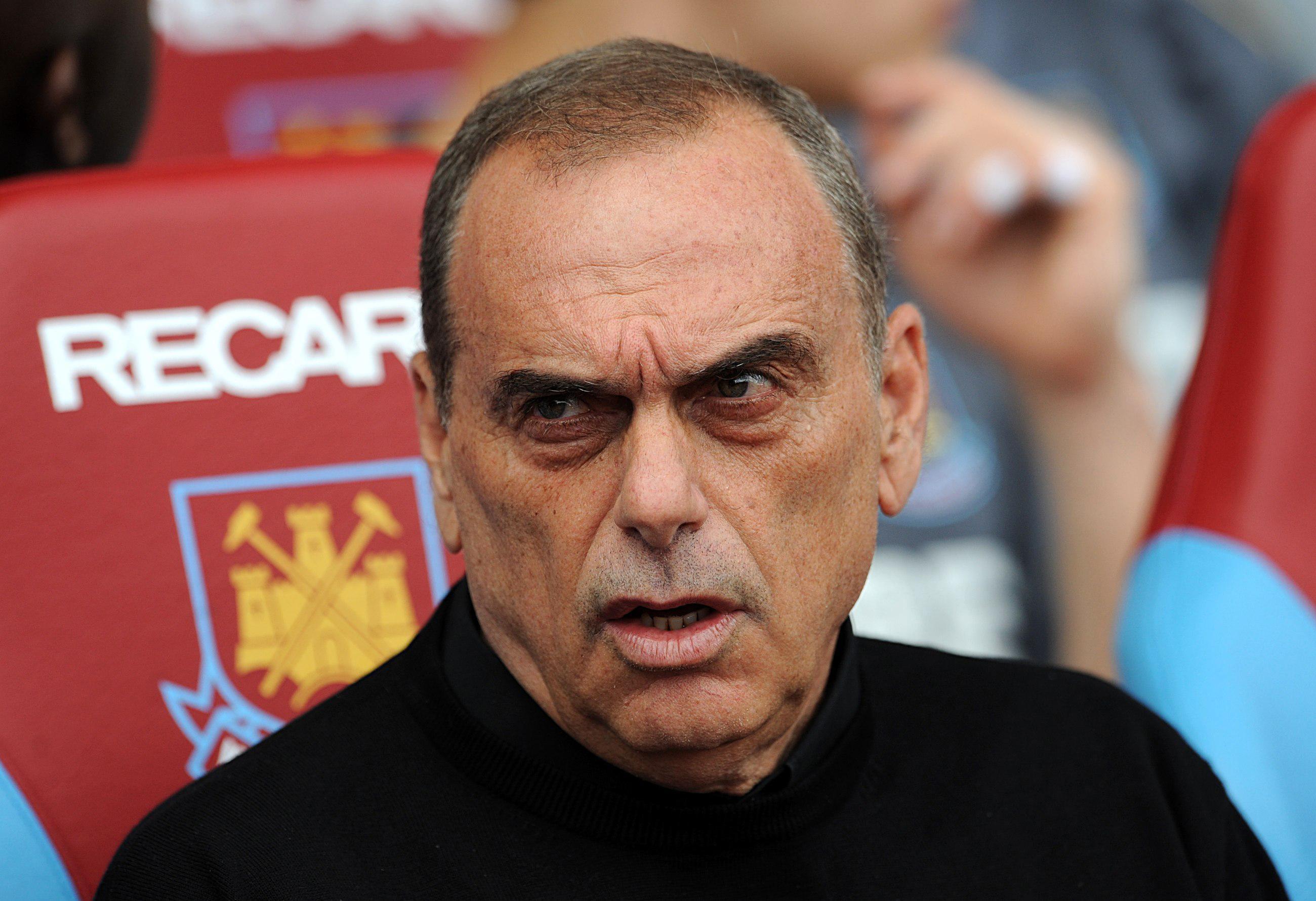 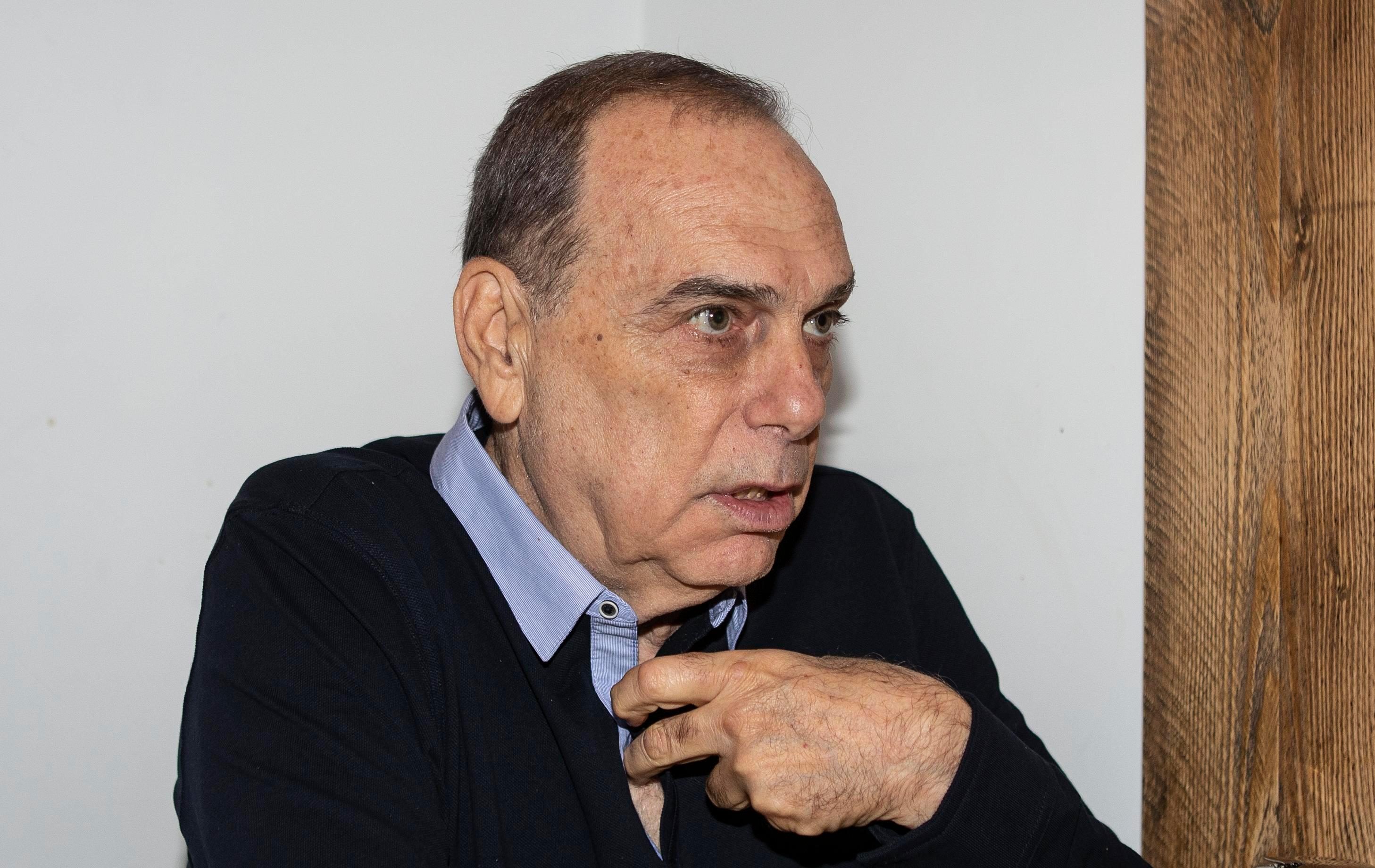 “I wished him luck. I told him a few things I know and I don’t know if he paid attention or not but he’s a good coach,” Grant says.

“Since I left, they spent a lot of money. Our vision was to be the new Arsenal, to put young players and experienced players together.

“I took relegation as my responsibility, but you cannot succeed if you spend so little in the Premier League. This is a fact. It was the lowest investment and it’s not because of David Sullivan.

“Someone blocked the spending and it wasn’t David.” 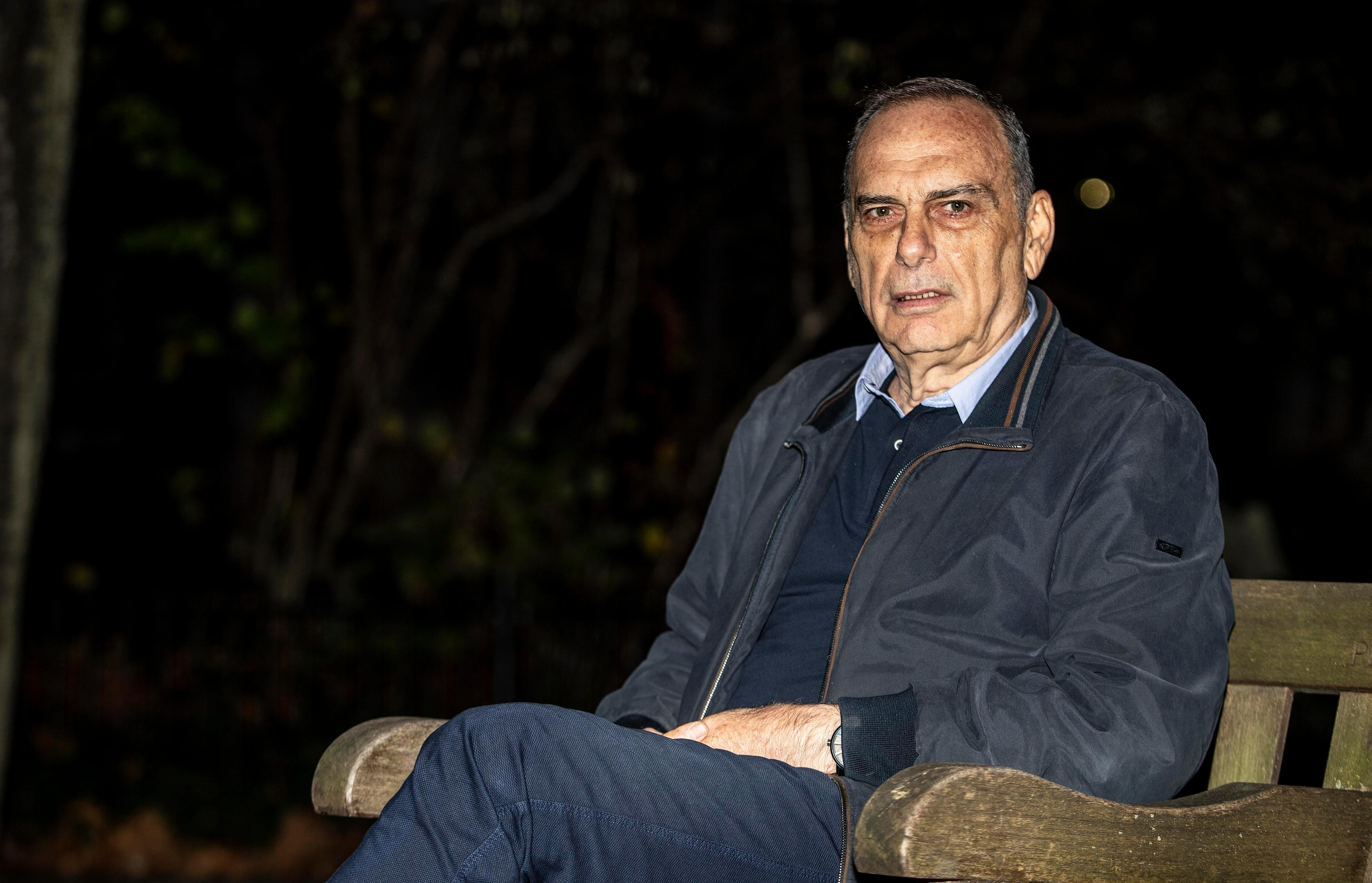 But English football still appeals to Grant. Offers have been made but none he wants.

He says: “If you asked me a few years ago, then yes, but after my experience in Serbia, Africa, India and Thailand, I can say I’m very lucky.

Rising from his chair, Grant adds: “I still want to win the Champions League, though.”