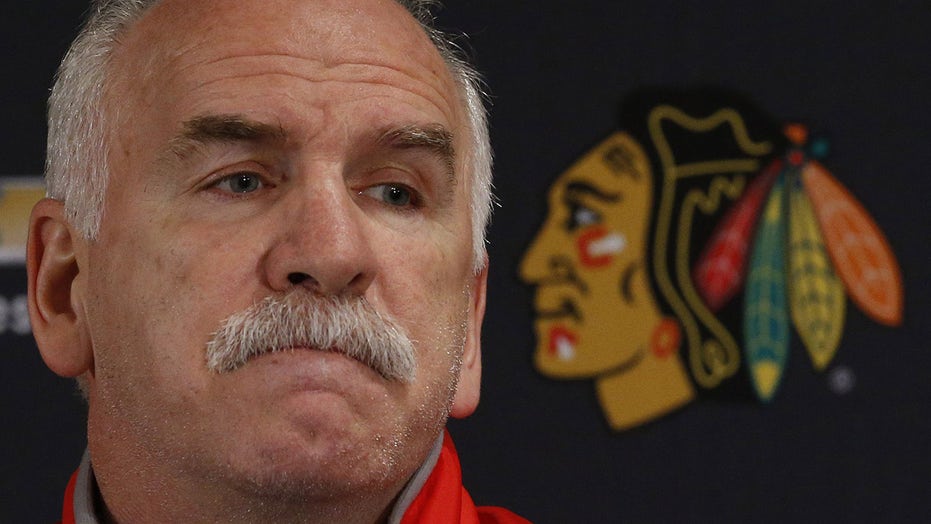 Joel Quenneville, the coach of the undefeated Florida Panthers and former coach of the Chicago Blackhawks which has been engulfed in a sexual assault scandal, resigned Thursday days after an investigation into the controversy yielded startling results.

Quenneville was implicated for not doing more to respond to allegations made by Kyle Beach against former video coach Brad Aldrich, who Beach accused of sexually assaulting him in 2010 weeks before winning the Stanley Cup. 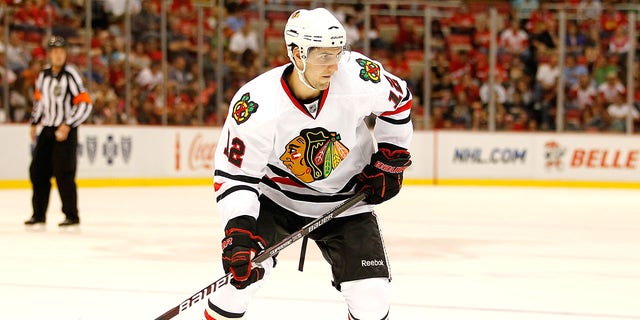 DETROIT – SEPTEMBER 24:  Kyle Beach #12 of the Chicago Blackhawks skates against the Detroit Red Wings during a pre season game on September 24, 2010 at Joe Louis Arena in Detroit, Michigan.
(Photo by Gregory Shamus/Getty Images) 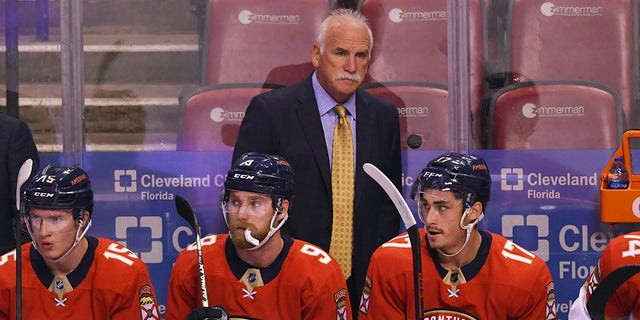 Florida Panthers head coach Joel Quenneville looks on from the bench during the first period of an NHL hockey game against the Colorado Avalanche, Tuesday, Oct. 21, 2021, in Sunrise, Fla.
(AP Photo/Jim Rassol)

“I want to express my sorry for the pain this young man, Kyle Beach has suffered,” Quenneville said.

“My former team the Blackhawks failed Kyle and I own my share of that. I want to reflect on how all of this happened and take the time to educate myself on ensuring hockey space are safe for everyone.”

“The National Hockey League agrees with the decision tonight by Joel Quenneville to resign his duties as head coach of the Florida Panthers. In his former role as Chicago Blackhawks head coach, Mr. Quenneville was among several former members of the Club’s senior leadership group who mishandled the 2010 sexual assault claim by former player Kyle Beach against the Club’s then-video coach, Brad Aldrich. And, following a meeting with Mr. Quenneville that took place this afternoon in my office, all parties agreed that it was no longer appropriate that he continue to serve as Florida’s head coach,” he said.

“I admire Kyle Beach for his courage in coming forward, am appalled that he was so poorly supported upon making his initial claim and in the 11 years since, and am sorry for all he has endured.

“We thank the Panthers’ organization for working with us to ensure that a thorough process was followed. Given the result, there is no need for any further action by the NHL regarding Mr. Quenneville at this time. However, should he wish to re-enter the League in some capacity in the future, I will require a meeting with him in advance in order to determine the appropriate conditions under which such new employment might take place.”

An investigation on Tuesday revealed that Quenneville, who was Chicago’s coach, did not prioritize addressing the allegations made by Beach theorizing because the team didn’t want to take away from the pursuit of a championship.

Quenneville said he was unaware of the allegations until this summer and reiterated the comments Wednesday morning. He was on the bench for the Panthers on Wednesday night but did not address the media.

Florida was 7-0-0 to start the season. Quenneville has the second-most wins in NHL history with 969. 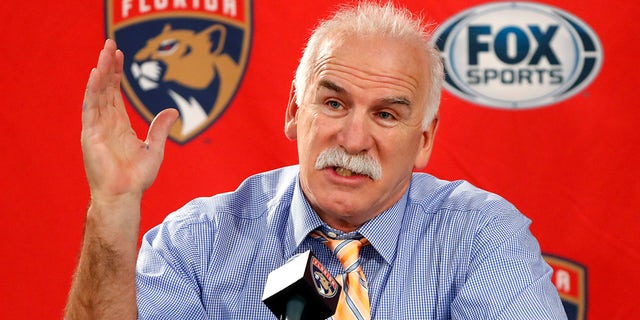 FILE – In this Jan. 21, 2020, file photo, Florida Panthers head coach and former Chicago Blackhawks coach, Joel Quenneville, responds to a question during his first visit back to Chicago as a head coach before an NHL hockey game between the Blackhawks and Panthers. The Blackhawks are holding a briefing Tuesday, Oct. 26, 2021, to discuss the findings of an investigation into allegations that an assistant coach sexually assaulted a player in 2010. The Blackhawks pledged to release the findings of the investigation, which general manager Stan Bowman, former coach Quenneville and others who were in the organization at the time agreed to cooperate with.
(AP Photo/Charles Rex Arbogast, File)

Beach revealed himself to be the one who made the accusations against Aldrich in an interview with TSN on Wednesday night. He said there was “absolutely no way” Quenneville could deny knowing about the allegations.