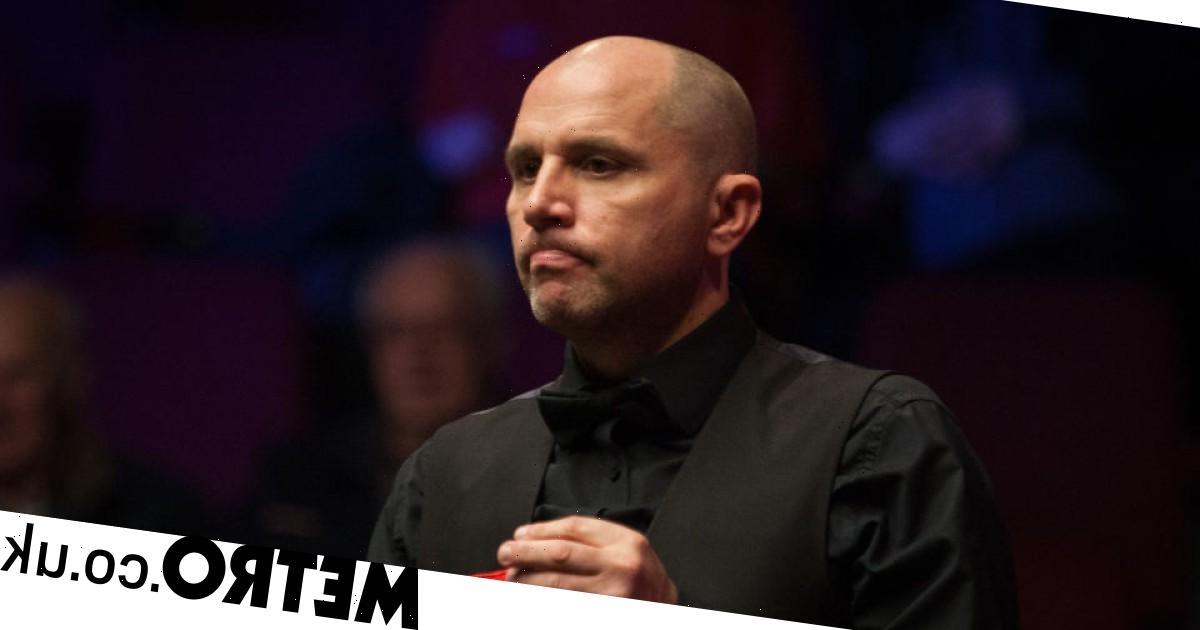 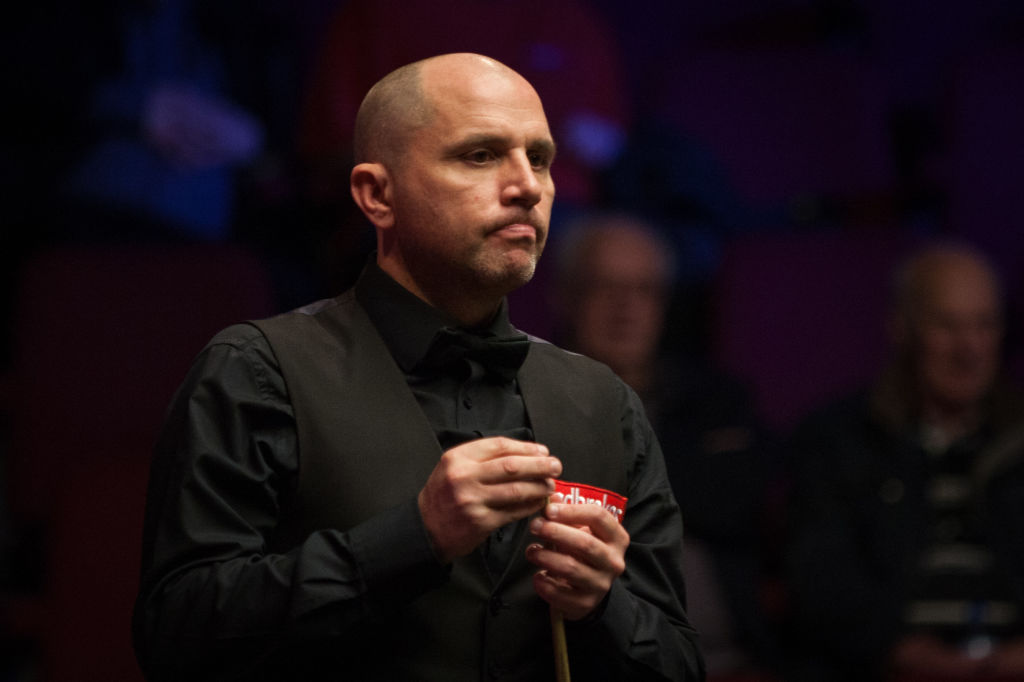 Approaching his 30th year as a professional, Joe Perry is well-placed to have views on all aspects of snooker, and he is happy to speak out on what he believes should change and what must go untouched.

The Gentleman has been in the world’s top 32 for over 20 years, showing a remarkable level of consistency over such a long time, and has dipped his toe into the organisation of the game by being involved in the Players Commission.

The 47-year-old has plenty of opinions on how snooker is shaping up at the moment, both good and bad, and he is happy to share them…

Qualifiers and the calendar

The calendar looks quite different this season, with the top 16 in the world heading straight to the venue for Home Nations events and the rest of the tour playing qualifiers in Barnsley and Leicester to try and join them. Partly due to the postponement of the Turkish Masters last month.

‘I’ve got to be honest, I don’t know if that’s one of the reasons for my bad form recently, but I haven’t enjoyed the set-up so far this year, I think we’ve gone backwards,’ the world number 21 told Metro.co.uk. ‘A few years ago the tour was thriving, it was buzzing, everything was perfect, we were qualifying for an event then playing that event straight after.

‘I’ve played three matches, won one and I couldn’t tell you which tournaments I’ve lost and which I’ve won in because they’re all the same, everything is the same when you go up there. It’s so bland and boring, for want of a better word.

‘I’m guessing Covid’s played a part, I get that, but I don’t think it’s fair to hold over the top 16 [to the main venue]. We got away from that and I think that was a success, the current set-up for qualifying isn’t great. I’ve always embraced the qualifiers, they’ve been good days in the past, but this set-up with just two tables in a cubicle is quite painful, not enjoyable at all.

‘I used to quite look forward going to Barnsley. A big bank of 8 or 10 tables, the players’ lounge before the session was buzzing, you knew you were about to play in something important. But it is what it is, it’s the same for everyone at the end of the day.

‘A concern players had a long time ago was you could get beat in a tournament that won’t happen for another two or three months. By the time it comes round you could be in a completely different place with your game or in your own head, but you’re already out. They were aware of that and changed it to how it should be, with qualifiers just before events or everyone in at round one. My next qualifying is this month for the German Masters and that’s not played till the following year.

‘The top 16 are in everything, for them it will be like it always has been, playing week-in-week-out after plenty of time to rest, recover and prepare. They haven’t had to do a qualifying match every 10 days for a while. Playing on TV in TV set-ups gives the top 16 an advantage, there’s no getting away from it. All these things we got away from, we’ve gone backwards to doing them.’

A tiered system and first round prize money

For the majority of tournaments all 128 tour players start in the same round, with top players seeded to draw low-ranked opponents and first round losers receiving no prize money.

‘I think a tiered system is 100 per cent the way to go,’ says Perry. ‘I think we’d see so many players come through and become better players quicker on a tiered system. It must be so soul-destroying for players down the rankings, always getting top 16, top 32 players, it’s brutal. You can’t expect players to just step up as rookies and start beating established players. I think that’s got a lot to do with young players struggling to come through.

‘Some of the Australian guys have come over to play in Cambridge, one was Vinny Calabrese and I remember what he said, it stuck with me. He had a run of draws where he played something like, Barry Hawkins, John Higgins, Ronnie O’Sullivan, Mark Williams, players he was never likely to beat. The next draws came out and I think he had Nigel Bond and Jimmy White and he said, “I’ve got a good draw!”

‘I thought to myself, that’s not a good draw. He lost them both because there was so much pressure on him to win. He was a talented little player but who’s going to make the breakthrough playing them sort of players week in and week out? It’s brutal and I don’t like it.

‘If a tiered system is not the way to go then why do we use it for our biggest event? If it’s good enough for the World Championship then why’s it not good enough for all of them?

‘We will lose players. Some are lucky, they’ve got financial support, but most can’t just keep having a go and struggling. The money runs out eventually and you can’t keep chasing rainbows. It’s sad because you get the right breaks and the right time, some of these players could go on and have good careers but it’s so difficult to make the breakthrough. The rewards down the bottom…well there aren’t no rewards.

‘You’re a professional snooker player. You don’t get a letter through your door saying, “we’re going to let you play on the tour next year.” You earn it, you should get something. Say a flat £250 for losing first round, it’s not going to change anything, but it’s something. You’re not going to be losing money at tournaments, which shouldn’t happen if you’re a professional snooker player. When Barry Hearn was at Leyton Orient, did his players not get wages if they lose 4-0 on a Saturday? Of course not.’

John Virgo revealed that this is likely to be the last season on the BBC commentary team for both him and Dennis Taylor. Perry has started working as a commentator and pundit in recent seasons.

‘I’ve noticed a lot of sports are gradually bringing in newer, younger, more up-to-date people,’ said the one-time ranking event winner. ‘I’ve worked with Virgo and Dennis and what they know, doesn’t come cheaply, that’s years and years of experience. They might miss a few tricks with some shots that some boys play today but they do know their stuff and they’re excellent at their job.

‘Commentary isn’t just what’s going on on the table, there’s introducing the frames, closing the frames out, creating the drama and they’re excellent at that. We might understand the modern game a bit better, but we’ve got a lot to learn from them on that part of the job.

‘The odd one comes along and is exceptional, like Alan McManus. He’s so good that he can be the anchor role in the commentary box already. He steered Jack Lisowski into being a decent commentator, but throw Jack in with someone else it could have been a car crash. Alan is exceptional, but some people are naturally good at it. It would be a shame to see them go, though, because it’s easy to forget the impact they’ve had on snooker and get caught up in the moment.’

There have been some calls for changes to the World Championship, with Judd Trump suggesting a new, bigger venue and Neil Robertson believing some matches should be shorter-format.

‘I’m totally against it, I wouldn’t like to see it, but I understood where Neil was coming from,’ said Perry.

‘All them things make the Crucible so special, the fact it is tight, you sit next to your opponent the first few rounds. It’s fine to be thinking about tweaking stuff to make it better, but I don’t think they need to be drastic changes.

‘Change it up a little bit, maybe not best of 25 in round two, maybe the semis could be a bit shorter, but if they left it as it is I’m more than happy. I think it’s a good system. It works, people love it, it’s just great, it’s snooker’s biggest asset.’

After Mark Selby usurped Judd Trump at the top of the world rankings, discussion begun again over whether the current money-list or a points-based system would be better for the game.

‘We saw a bit of debate recently when Judd lost his number one spot,’ said Joe. ‘Over the last two seasons Mark’s earned 600,000 ranking points in the World Championship and Judd’s earned 100,000, that’s half a million more points just from them two tournaments.

‘Does that give a true reflection of the ranking list? I’m not so sure. A top 16 player winning a first round match against an unseeded opponent and getting more points than getting to the final of a ranking event, is that fair? I don’t think so.

‘Semi-finals of the Gibraltar Open you get 6,000 when its identical to a Home Nations event where you get 20,000! I think that’s the biggest problem that needs fixing.’