WHEN Derby travel to Leeds in the Championship play-offs semi-final second leg, one of Frank Lampard's squad from the current campaign will be at home babysitting his three kids!

Joe Ledley decided to rip up his own contract on deadline day in January after making just four appearances for the Rams. 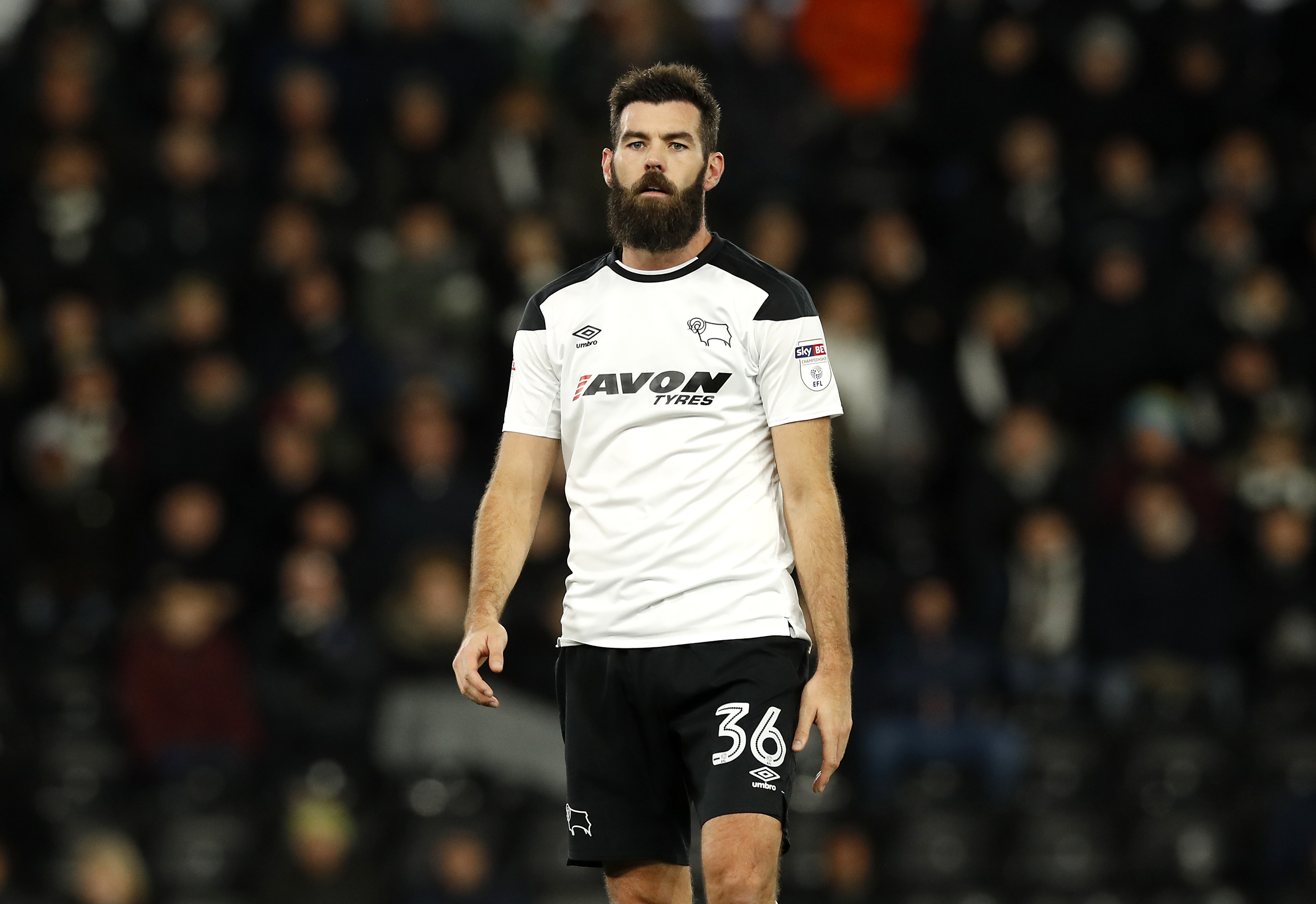 Sitting on the Derby bench or not even being picked in the squad was too much for the Welshman to take.

Ledley's move has backfired as the ex-Celtic, Crystal Palace and Cardiff midfielder has failed to find a new club since.

That's a setback for the 32-year-old, who has won league titles in Scotland, reached the FA Cup final twice as well as playing a key part in Wales' Euro 2016 semi-final success.

But, while his old team-mates aim to reach the Premier League, Ledley is on his mission to get back on the pitch in time for the new season.

Ledley said: "It was my decision to terminate my contract at Derby. It’ll sound silly now but I wanted to play football.

"I had no chance of playing at Derby. I wasn't making the squad or travelling so I'd rather be somewhere where I’d have the opportunity to play.

"I played 30-odd games last season so there's no point in me just making up the numbers. It hasn't worked out the way I wanted it to but that's football.

"Derby have done well and hopefully they can get promotion through the play-offs.

"I’ll stay focused. I believe in my own ability, I've only turned 32 so I have plenty of years left.

"I just have to find a club which is right for me. I've had 15 years in the game and it's gone quick so I want to enjoy the last few years before I call it a day.

"It's not about money, it's about playing as many games as I can and hopefully winning medals. I won a fair amount at Celtic.

"I've made FA Cup finals with Cardiff and Crystal Palace. I miss football and I'm ready to be back. It will be a big season for me."

So instead of running out at Elland Road, family man Ledley will work on his fitness before helping out at home.

Ledley added: "I'll be babysitting my kids! My wife Ruby has been happy. But it is strange because I'm not going in day-to-day with my mates and having the banter.

"I'll go running or do my gym work. It's frustrating but I keep myself fit. I can't just sludge around."

Ledley looks in good nick when we meet in his hometown of Cardiff and that's the result of road running twice a week, gym work on Tuesdays, Thursdays and Fridays as well as RPM classes at David Lloyd.

The only thing I miss is having the football at my feet… the time off has given me extra drive to get back.

He said: "You only hit a target of three or four kilometres in training sessions so I'd rather do my own fitness work.

"I did the same thing when I left Crystal Palace and didn't sign for Derby until mid-September. When I signed there I was fitter than ever. Nothing changes for me.

"I enjoy running and try to run as far as I can. I do more by myself than I would in a week at Derby. The only thing I miss is having the football at my feet.

"You have to be mentally strong. But I am. Being a footballer is a job and you have to go in, whereas now if I don't want to I don't have to.

"But the time off has given me extra drive to get back."

Life without a club for a player shows the ruthless side of football.

There has been no communication from the PFA while Derby boss Lampard text Ledley two weeks after he left to thank him for his efforts.

Yet Ledley, who has been fit since December following a hip operation, is philosophical about his situation.

Ledley, who has 77 Wales caps, said: "It's mad to think the Euros were three summers ago.

"From my side I don't know what I would ring the PFA up for or what they can do for it. I haven't retired yet.

"I've had a few offers and it's picking up a little bit now because clubs are starting to know their situations. I'm just going to wait and see."

Would Ledley be interested in following fellow Welshmen and close pals Gareth Bale and Aaron Ramsey by moving overseas?

He added: "My kids are at important ages, my middle one will be starting school soon so I need to think about those things.

"I have a house in Cardiff and it's where I'm going to end up living so if I can commute from there it would be a bonus. It's a waiting game."

*Joe Ledley was speaking at a McDonald’s Fun Football Centre.

The Fun Football programme is designed to introduce children to football and you can register for a session at McDonalds.